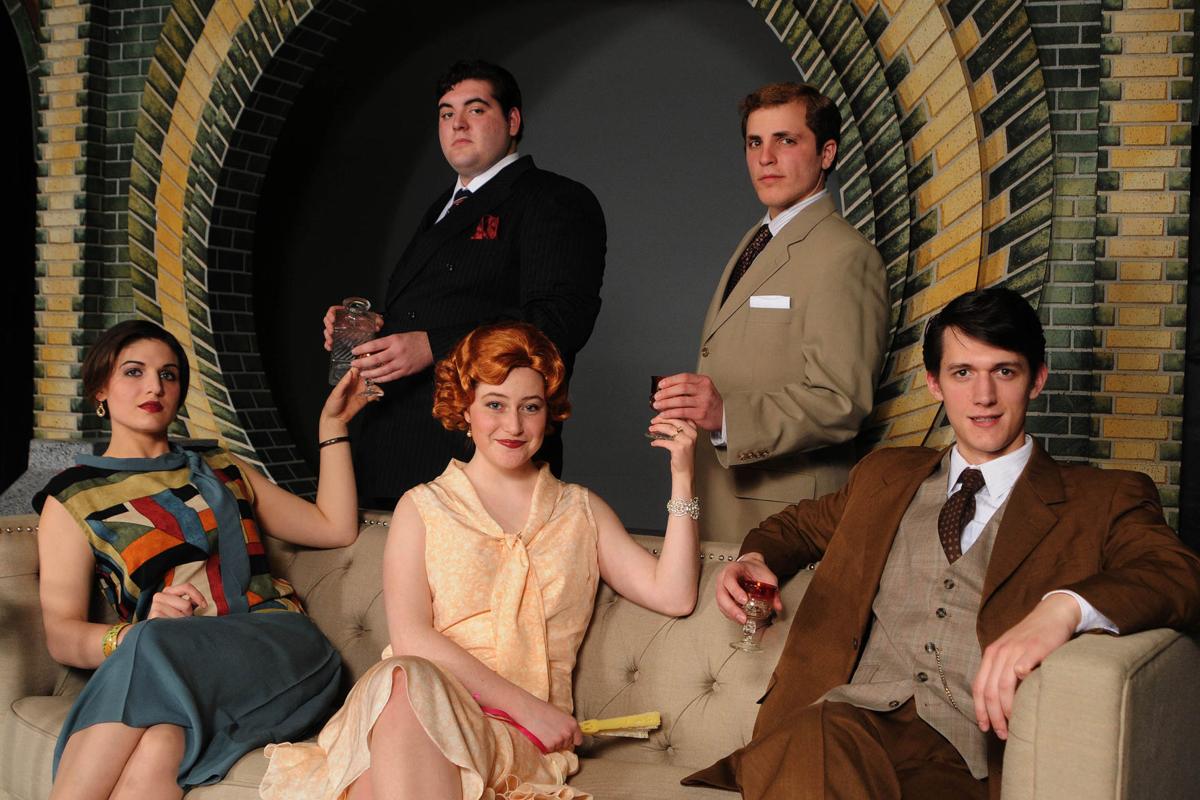 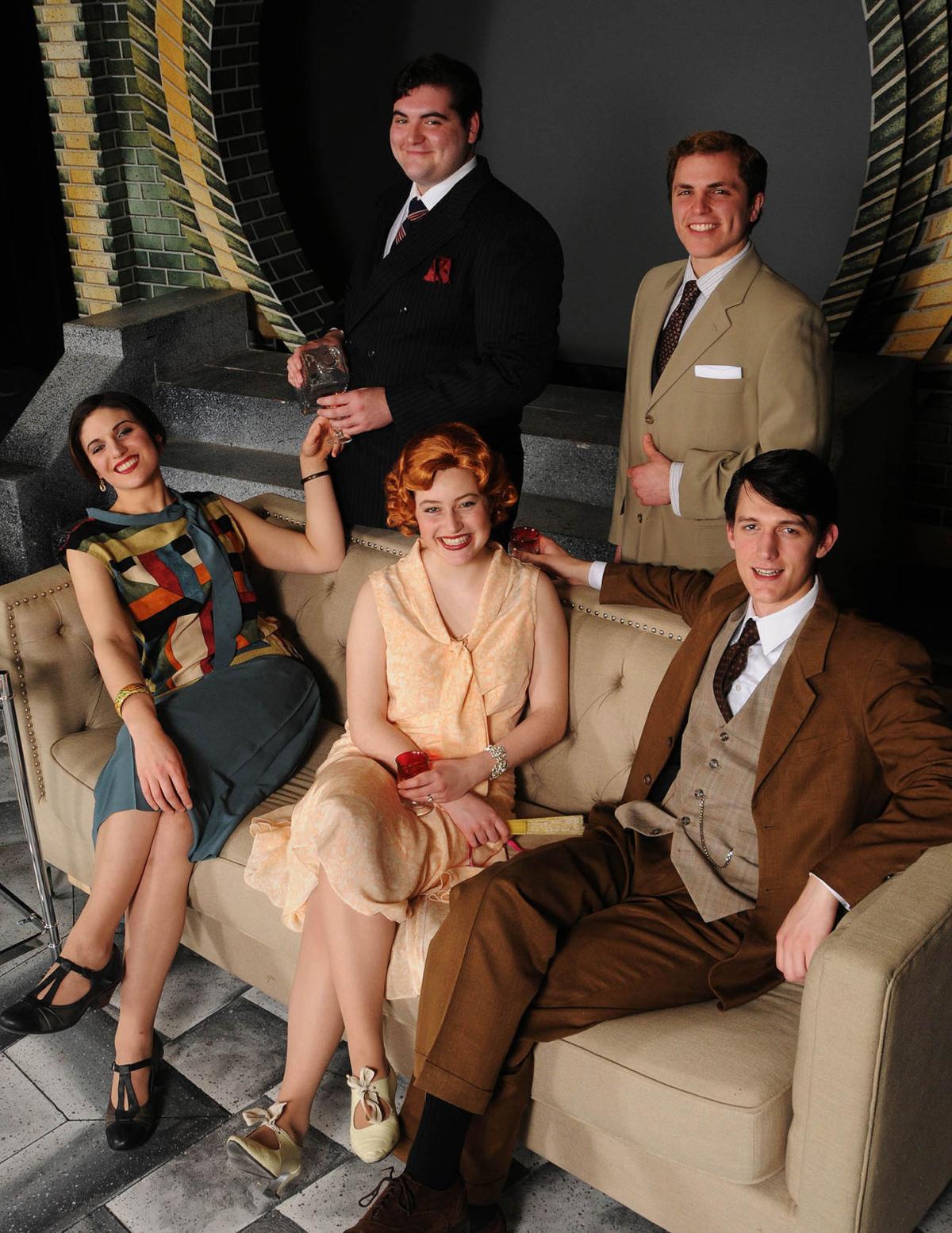 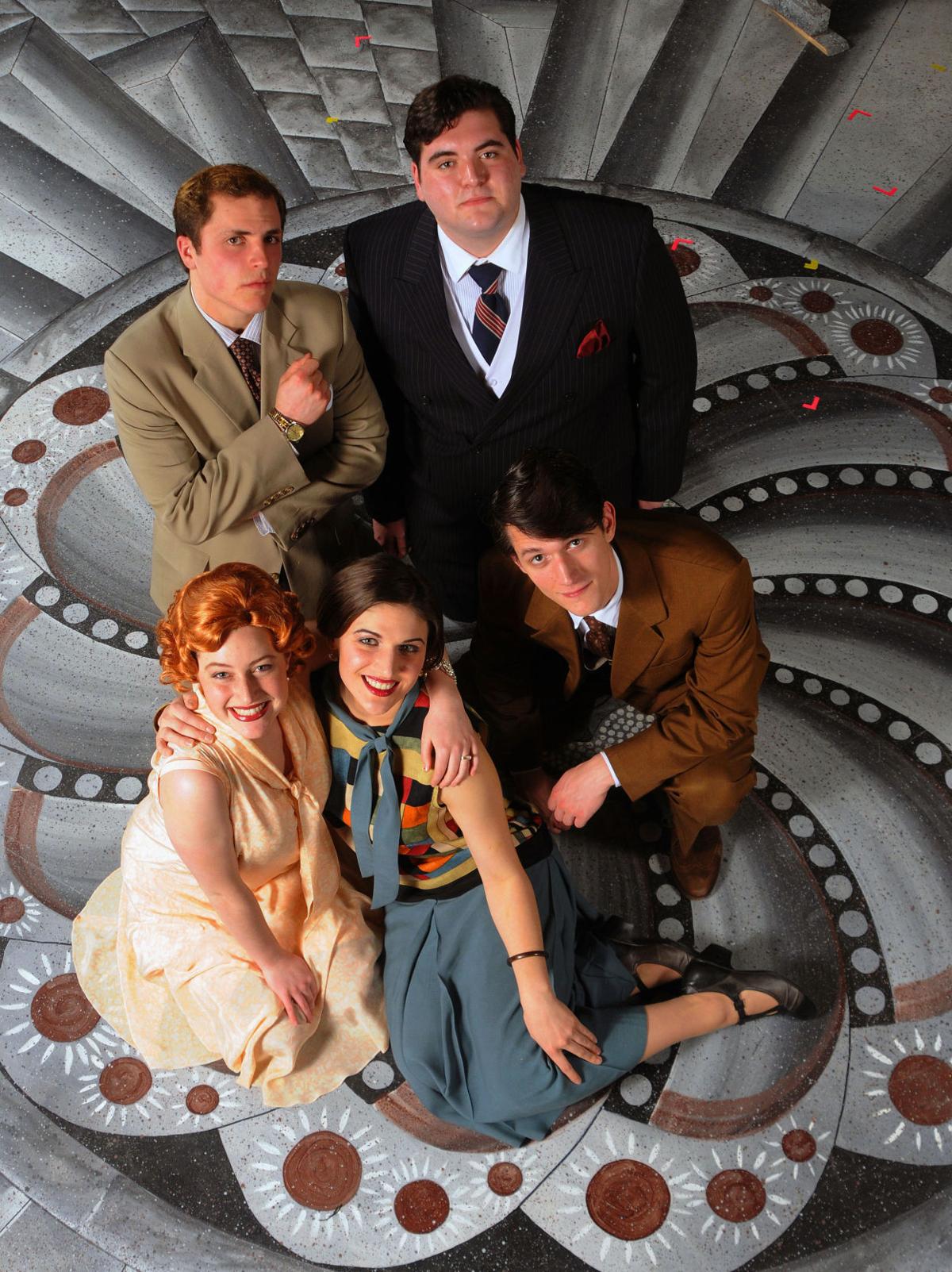 The University of Rhode Island Theatre Department brings its 2016–2017 season to a close with a lavish stage version of F. Scott Fitzgerald’s “The Great Gatsby.” URI Theatre’s production is almost operatic in size and scale, with a large ensemble cast, eye-popping visual elegance, and oodles of Roaring ’20s razzmatazz.

Among the most acclaimed novels of the 20th century, Fitzgerald’s “The Great Gatsby” is a story that seems tailor-made for our times. Conceived in an age where obscene social inequities lie beneath a veneer of materialism, greed and excess, the novel confronts America’s admiration for wealth and opulence, and the carefully constructed illusions built around the pursuit of the American dream.

While much of the novel’s inventive and introspective prose and poetic imagery would seem resistant to stage adaptation, the obvious appeal to the medium of theater is the distinct style and visual language of the 1920s. This version of “The Great Gatsby” was adapted in 2006 by playwright and dramaturge Simon Levy, who distills the novel to its essentials, while giving the play the scope of a Broadway musical. The adaptation, which was authorized and granted exclusive rights by the Fitzgerald estate, seems a bit too reverent and nostalgic at times, aiming first to enchant the audience as a Jazz Age revival, while suppressing some of the story’s core complexities.

Under the direction of Bryna Wortman, URI Theatre’s production is a sumptuous and crowd-pleasing spectacle that has plenty of fun with the glamor and fantasy of the era. Scenic design by Cheryl deWardener includes recreations of opulent Long Island luxury estates and smoky 1920s lounges, with lush Art Deco aesthetics. The company is strikingly dressed by costumer Alison Walker Carrier, who makes bold statements with the glad rags of the Roaring ’20s. Reaching beyond the clichéd flapper look, Carrier has fun with texture, materials and patterns, outfitting Gatsby in ivory and pink suits, and featuring smooth, Cubist geometric forms in the dress of the boyish Jordan Baker. The production is also a treat to listen to, scored throughout with standards of the 1920s, which feature the often-formidable vocal talents of the supporting cast (Brooks Shatraw’s “Blue Skies” and “Yes Sir That’s My Baby” are both fleeting highlights). Period dance choreography by cast member Valerie Ferris adorns the ensemble party scenes and contributes to the breezy set changes.

The polished script provides Wortman just enough room to inject both thought and theatricality, allowing the show to find its way off of the page. While adapter Levy too often indulges in the pleasing intervals, URI’s production needs the ostentatious display of boundless wealth in order to reveal the cracks in the system and the whiff of society’s decaying underbelly. Since Levy chooses not to hammer the points home, much of this is achieved through Wortman’s acute sense of dialogue and character development. While the spifflicated characters share cocktails and mingle at hotsy-totsy parties, they are also constructing the façades that barely conceal the cruel realities of their world. While the tone of the play settles in as more of a character study than a political piece, Wortman saves some punches for maximum effect at the end.

Accordingly, the production features a number of strong performances that give life to the story. As the festering conflicts build and reach a critical mass at the end, the audience’s journey mirrors the experience of narrator Nick Carraway, played by Ben Church. In a bit of a typecast, Church’s ease and control belie the extent to which this character – a peripheral narrator in the novel – carries the action of the play. With breadth and depth, Church’s sensitivity and earnestness play well against the central figure of Gatsby, and especially his own romantic interest, Jordan Baker.

Both Fitzgerald and Levy give the mysterious millionaire Jay Gatsby plenty of room to grow, and Steven Carvalho fills every inch. Gatsby’s tragic fall – and Nick’s observation of it – becomes the backbone of the stage version. Carvalho allows the character a complete transition, gradually exposing the foolishness of his distorted obsession with Daisy, and the bizarre desperation underneath the alluring and handsome façade.

Christopher X. Morris provides a complex and powerful rival to Gatsby in the role of Tom Buchanan, Daisy’s husband. A dominant stage presence, Morris unflinchingly lays out his character’s racist, classist and white supremacist ideology. An adulterer and domestic abuser to boot, Morris nevertheless locates a charm and charisma in this all-too-familiar alpha male, which both lays bare and complicates the class and gender power struggles in the play.

The production also undermines the conventional romance narrative. Here, infidelity is the norm and discord and violence erupt in every relationship. Where the novel seems to subordinate the female characters, URI’s version attempts to draw out strong performances to counterbalance the central male figures.

Cassidy McCartan’s portrayal of Daisy Buchanan confounds the conventionally innocent and endearing ingénue. In a performance that wavers with frenetic energy between confusion and passion, McCartan’s Daisy gives herself over to Gatsby with an impulsive abandon, only to pull back almost instantly, as if she knows before anyone else that she is doomed. With the emptiness and horror of their distorted love story, both McCartan and Carvalho allow for the unsettling realization that the audience eventually roots for them only because Tom is such a monster. Of all the characters, Daisy seems most open and aware about her own marginalization as a woman, stating, “the best thing a girl can be in this world – a beautiful little fool.”

Unlike Daisy, Céline Montaudy’s vivacious Myrtle Wilson gives herself over completely to the naïve belief that associations with the rich and powerful will bring her happiness. Along with Erik Schlicht’s George, Myrtle stands out as a resident of the “valley of ashes,” the home of the exploited working class upon which the upper crust feasts. Both Montaudy and Schlicht are jarringly distinct, playing crucial roles as alternative tragic centerpieces as the society’s oppressive systems become visible beneath the ritzy façade.

Rebecca Magnotta is captivating in the role of Jordan Baker, a woman playing a man’s game. Jordan’s wealth as a golf champion provides her a self-sufficiency and mobility not afforded other females in the play. Magnotta’s resonant performance locates a complex subtext to her relationship with the sensitive Nick. Both portrayals hint at the patriarchal construction of gender and sexuality that underscore their amiable involvement with each other, as well as Nick’s enigmatic and conflicted feelings toward Gatsby at the end.

Appropriate for its setting, URI Theatre puts on the Ritz for its audience with a plush and indulgent theatrical spectacle. While URI’s “The Great Gatsby” often seems at greatest ease as a Jazz Era revival piece, Wortman’s focused direction does not allow the show to lose sight of the inequality and oppression simmering beneath the surface. Just as the novel provided a cautionary tale for its time, almost 100 years later URI Theatre’s production is a wary reminder of the wreckage that lies in the wake of progress, success and the pursuit of the American dream.

For more information, call the box office at 874-5843 or visit web.uri.edu/theatre/current-season/