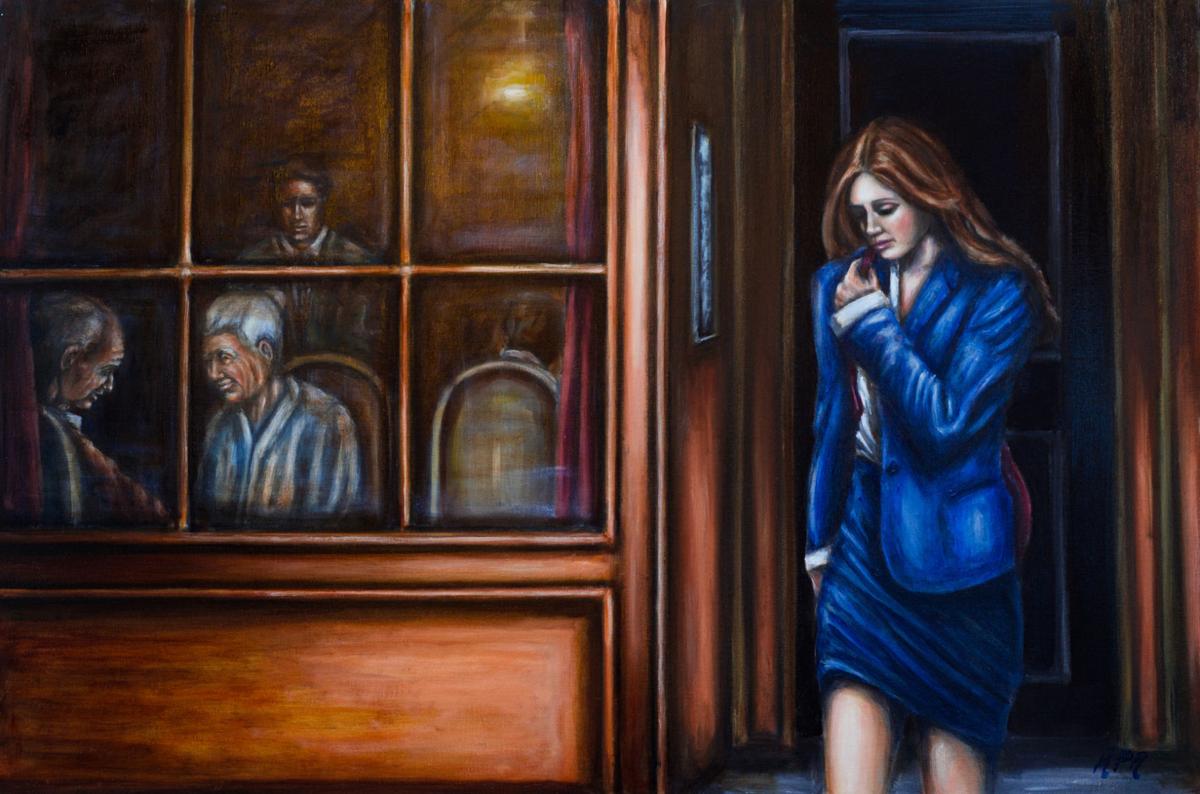 Kevin Richard’s painting, “The Lunch Hour,” will be among those on display at Wickford Art Association, 36 Beach St., Wickford, through Jan. 31. 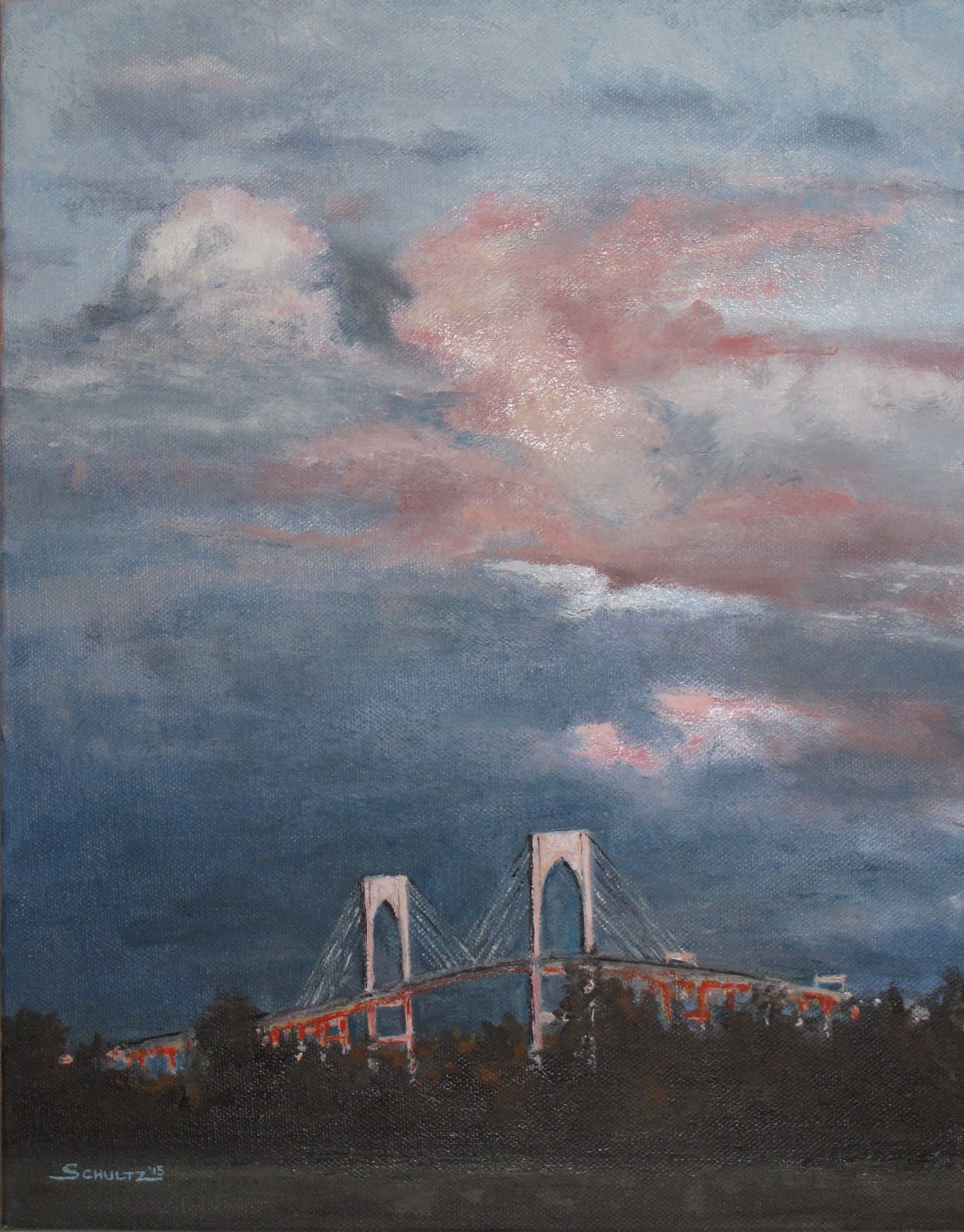 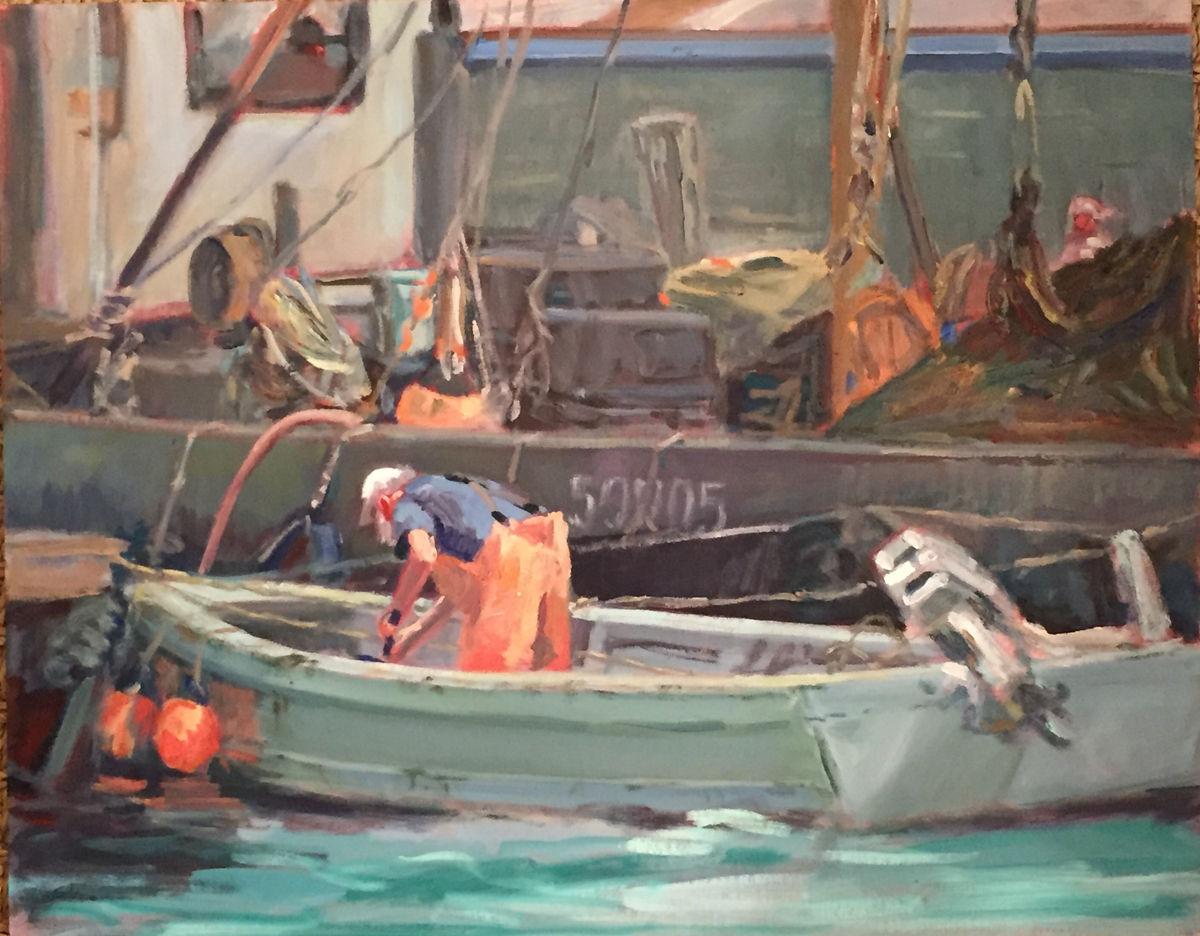 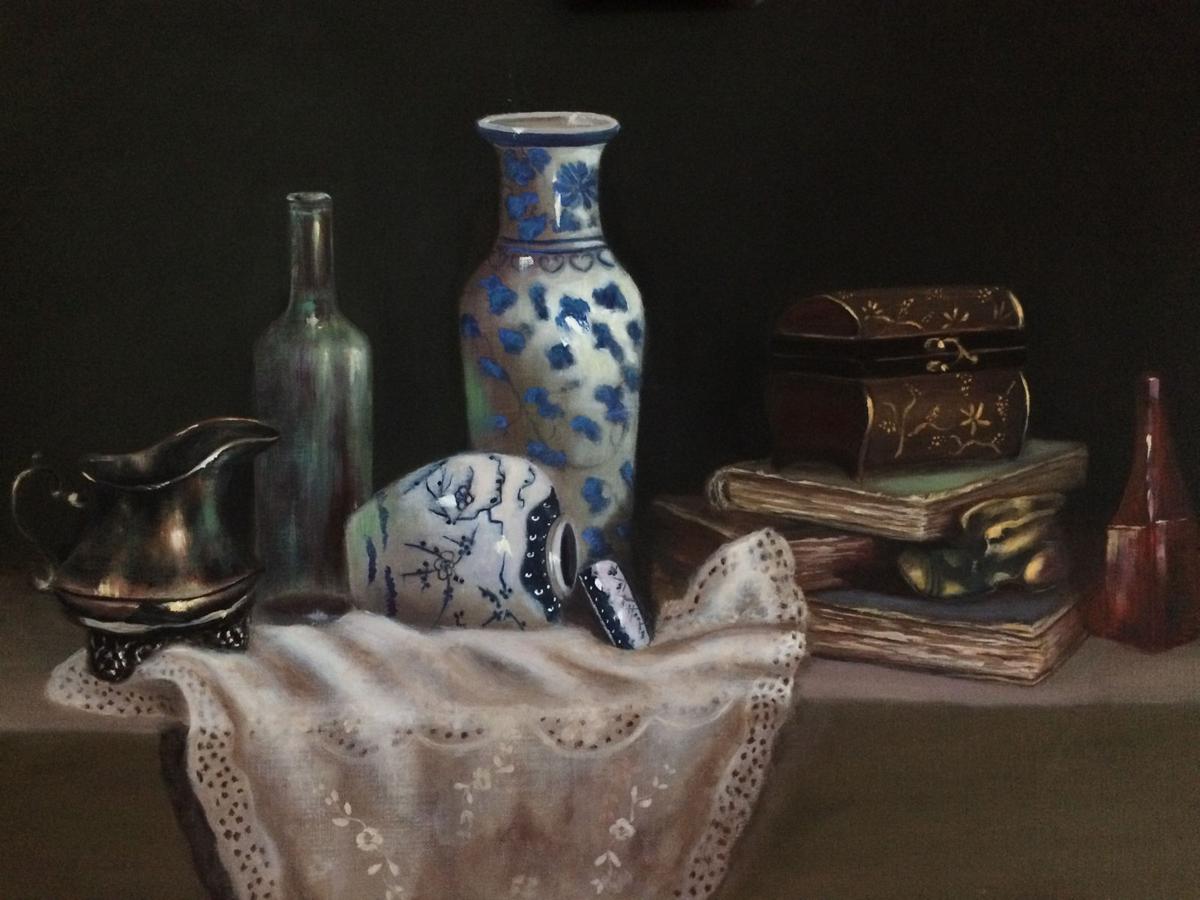 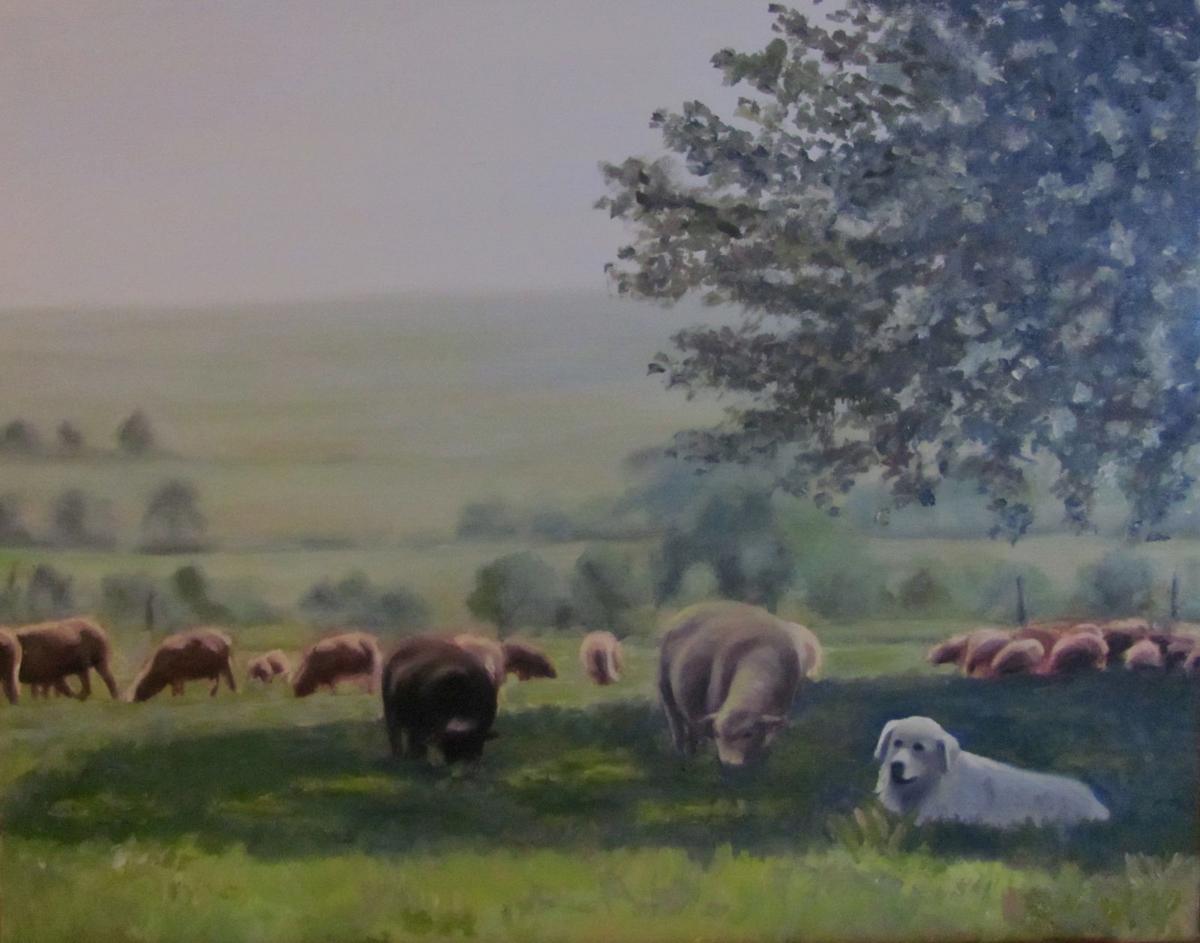 Tory Kohn’s painting “A Day in the Life.” 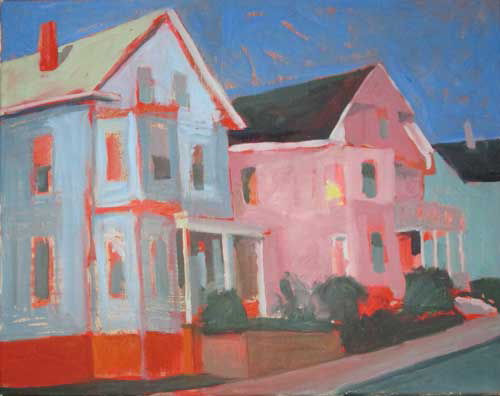 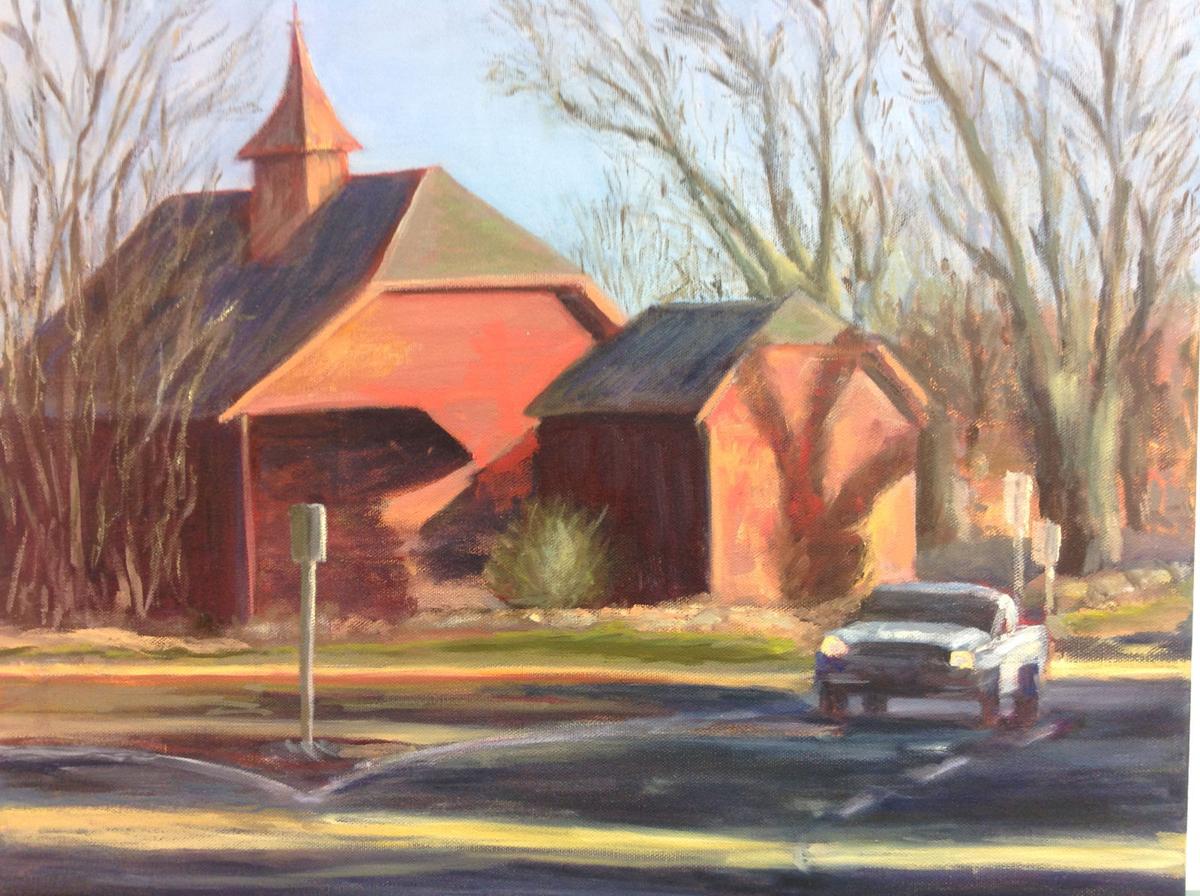 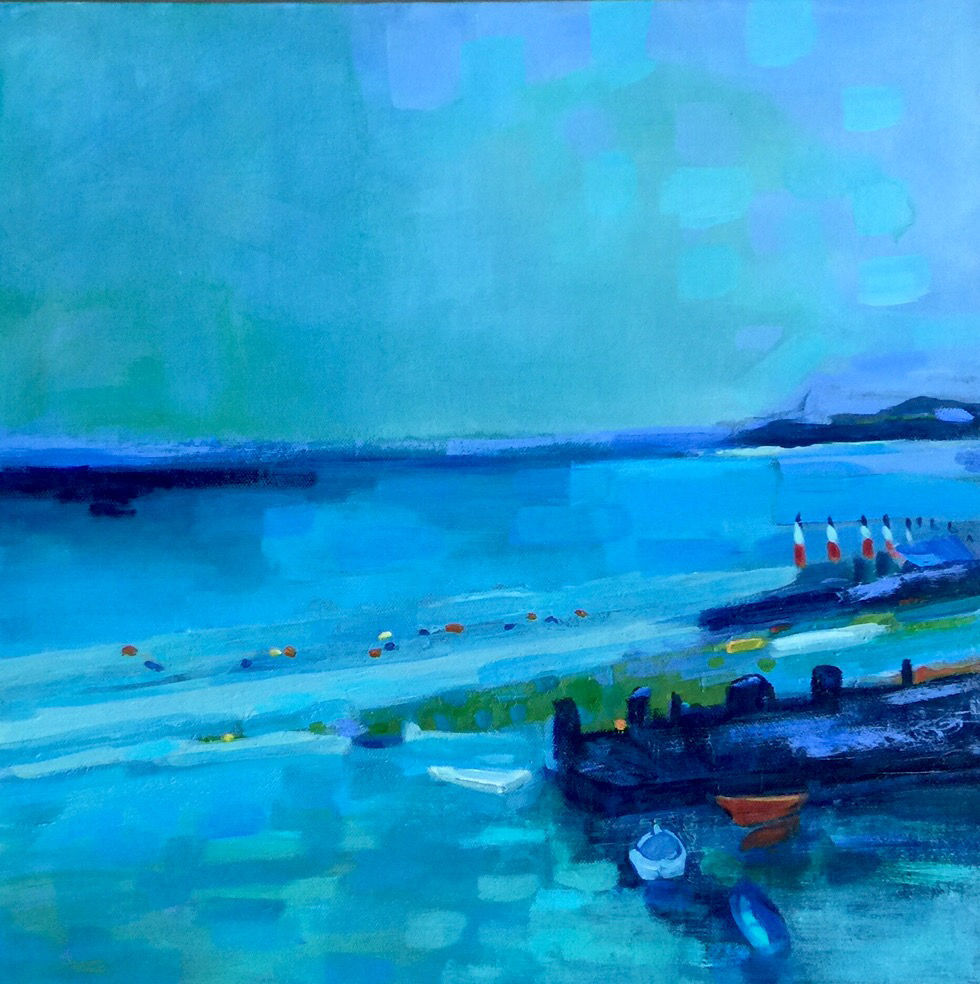 Kevin Richard’s painting, “The Lunch Hour,” will be among those on display at Wickford Art Association, 36 Beach St., Wickford, through Jan. 31.

Tory Kohn’s painting “A Day in the Life.”

“A dialogue with the divine.” That’s how painter Kevin Richard describes his experience while painting.

“‘Dialogue with the divine’ – I like that,” echoed Anthony Tomaselli, fellow artist and Richard’s teacher, during a recent meeting at Tomaselli’s art studio in Providence.

The two are part of a painting group, “Painters, Over Light,” which meets monthly in Narragansett at Tomaselli’s restaurant, T’s, and which began during a weekend workshop at the Wickford Art Association in the fall of 2014.

A little more than a year later, most of the original workshop members will be displaying their work during the association’s exhibit, “Pedagogues and Protégés,” featuring the work of teachers and their students, opening Friday. A reception will be held from 6:30-8:30 p.m., and the show will be on display through Jan. 31.

“It was a wonderful group of artists,” recalled Tomaselli of the group who gathered for a weekend in Wickford. “There [was] something kinetic about what went on.”

“At first, we were a very diverse group and all strangers,” Richard said. He explained the workshop was a bonding experience, and all of the students were united in the task of creating four or five paintings in two days. He described feeling very exposed, vulnerable and emotive during the initial workshop.

Richard said he took the workshop to “force myself to be uncomfortable,” noting that creating five paintings in two days was very much against his grain. He said he needed to give his artistic side an expressive outlet.

After the workshop, Tomaselli suggested the group should continue to meet, and offered his restaurant as a gathering space. Both men agreed being able to share a meal together offered an opportunity to slow down and bond further. The members who attended the first breakfast all brought artwork that was a product of the workshop in Wickford.

“When we share meals, it’s special,” Tomaselli said. “And then the art comes into it.”

Richard said sharing work for critique requires trust and respect among the members. The feedback offered is “genuine, and not given out of competition,” he said, and there is a lot of give and take, with the group having “real cohesion.”

In December 2014, Tomaselli invited the members to his studio at Providence Art Club for a follow-up two-day workshop. Most of the original group members attended.

After that gathering, the group continued meeting monthly on a Saturday morning, using that time to catch up, but also to share and offer critique of each other’s work, with Tomaselli continuing in the role of instructor and mentor. All of the members live in Rhode Island, and all but one were part of the two-day workshop in Wickford.

“This isn’t a group with a certain school of thought,” Richard said. “[We’re] not trying to subscribe to a doctrine … Everyone can reach their full potential.”

“I teach to the student,” Tomaselli said. “I try to teach the unleashing of the soul.”

Tomaselli emphasized that creating art requires dedication, and insisted that even those with the busiest of schedules can find the time to paint daily.

“I don’t think creativity happens under a rock,” he said.

This is true for Richard, who works a full-time job and has two young children. He paints from 10 p.m.-1 a.m., and then wakes up at 5 a.m. He insisted painting makes him feel more energized, and the group offers him the support and incentive to keep at it.

“We keep each other on track,” he said, noting that “there is a discipline to this that we all have to work out.

As such, sometimes that means taking to heart what group members say about a piece of work – perhaps mulling over a critique for weeks – and then breaking down and reworking it so it can become stronger. Sometimes, “You have to break down things you hold dear,” Richard said.

During the critiques, Tomaselli is there to step in if criticisms veer off a productive path, but said he tries to stay in the background. As instructor, he is there to ask his students, “What is it that resonates with the viewer?” as well as to remind them to consider what is the spiritual and soulful analysis of the painting as opposed to the critical analysis.

As they continued to meet for breakfast, Tomaselli suggested they become a formal group. Richard thought up the name “Painters, Over Light,” which he said has many meanings, including a play on the fact that they meet for breakfast. He explained that light is a quintessential aspect of art, and the group is defined in part by its breakfast gatherings. According to Richard, having a name provided the group with an identity and further sense of cohesiveness.

The group’s members also decided they would not grow any larger than the breakfast table; they currently have 10 members, and Richard said they could maybe accept two more, but want to stay a small, intimate gathering.

Now, nearly a year after the first gathering, the members will show their work, some of them for the first time – something they never thought would happen in the span of a year.

Their selection process for the upcoming exhibit was fairly democratic: Each member brought a few pieces for selection, and the group as a whole decided what would be put on display, with Tomaselli having the final say. Per the show criteria, each member, including Tomaselli, could show one piece, for a total of 10. Richard noted that while not every piece earned a complete consensus, the group had agreed this would be their selection process and no one was upset with the final outcome.

Richard, who has become the group’s unofficial organizer, expressed an interest in making the group more formal, specifically in terms of having a web presence so members can share and sell their work with an online community.

“I think the group offers a container,” Richard said. “I don’t think anything can grow without a container.”