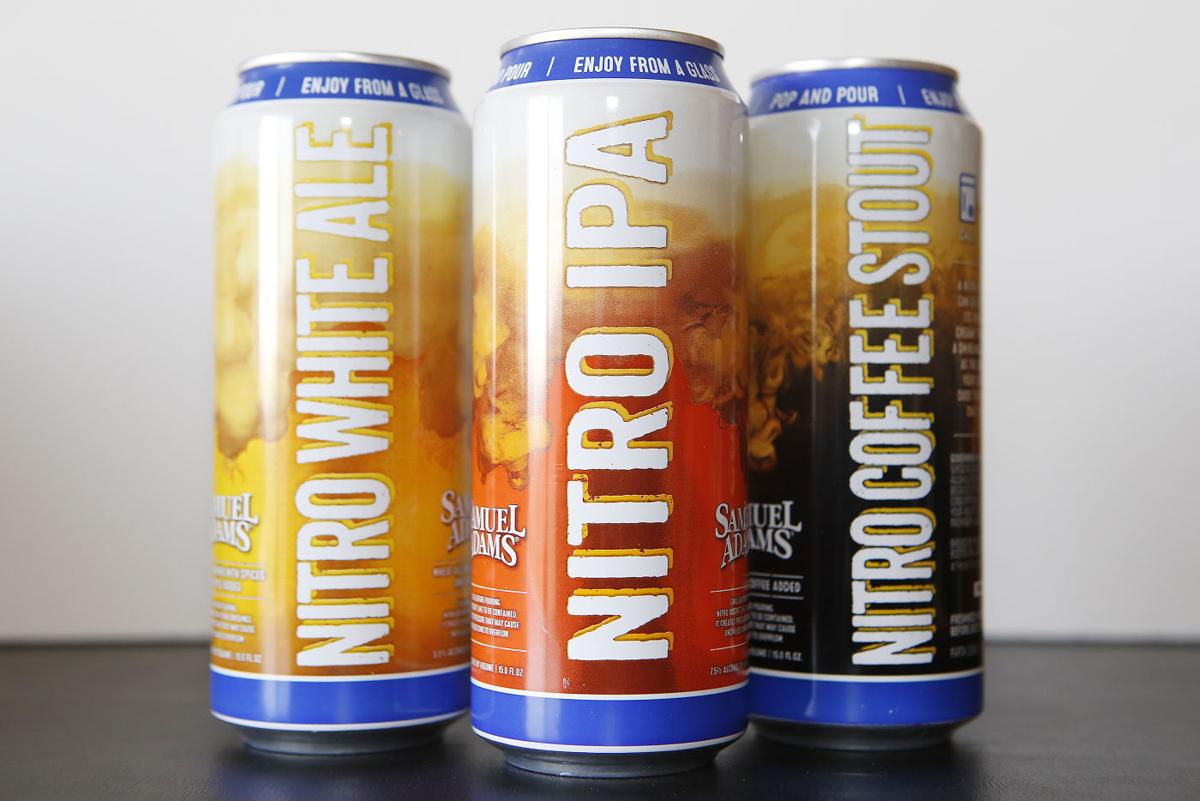 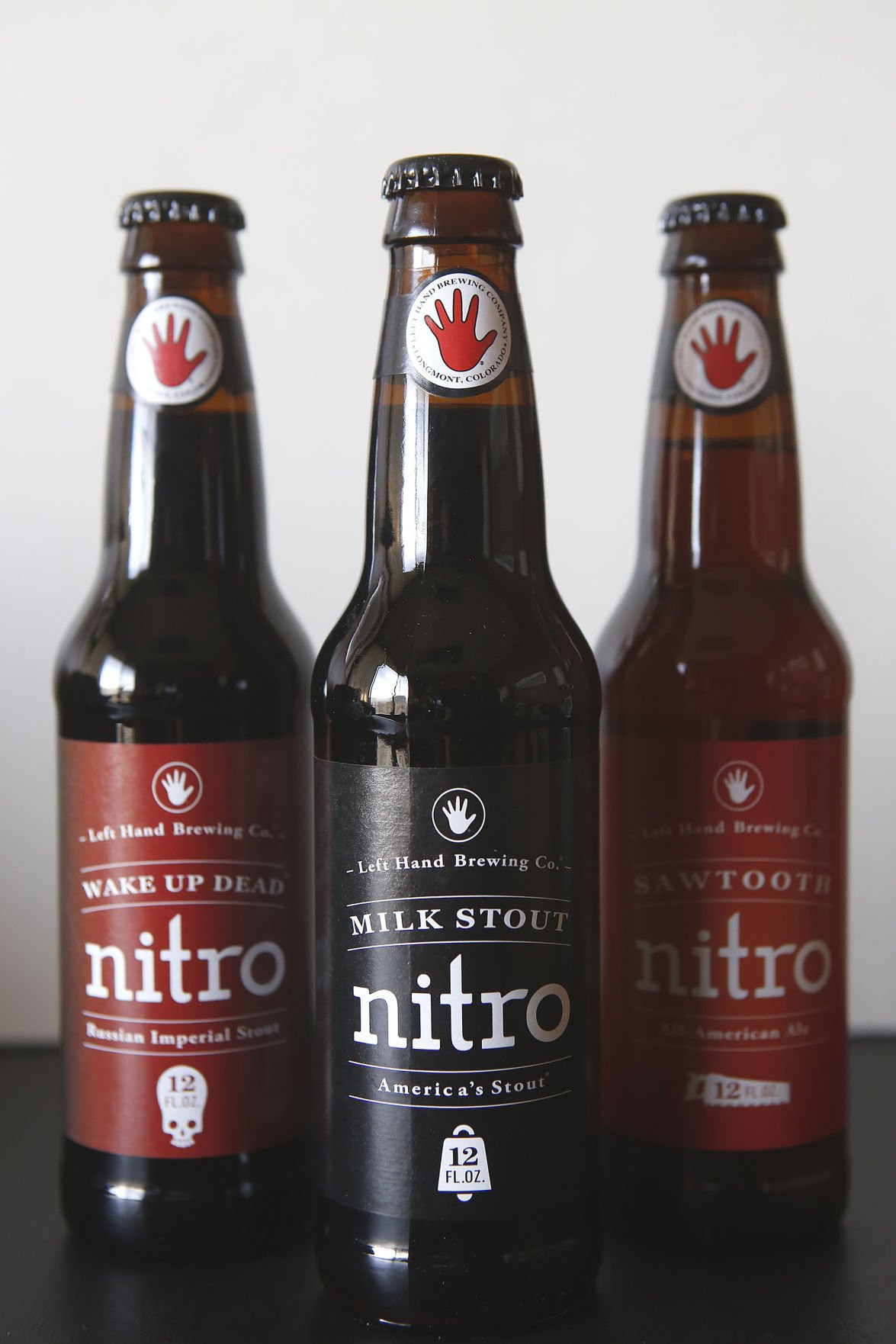 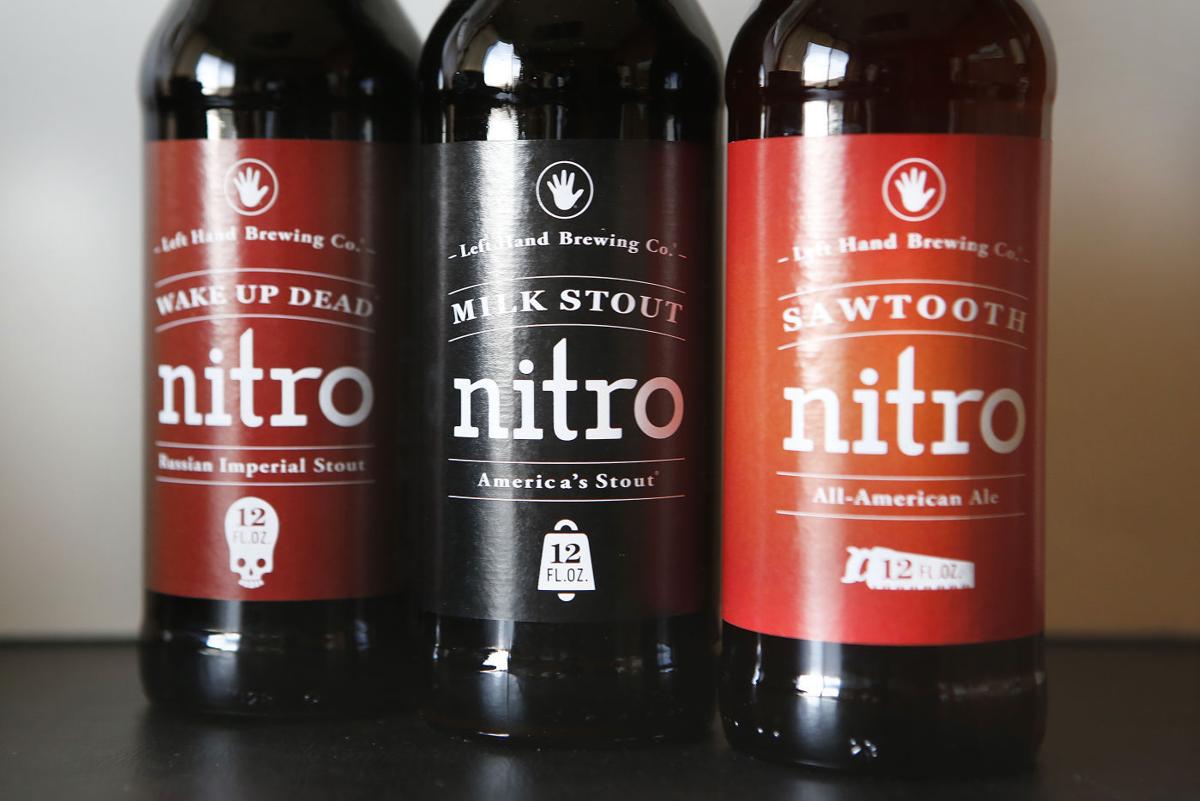 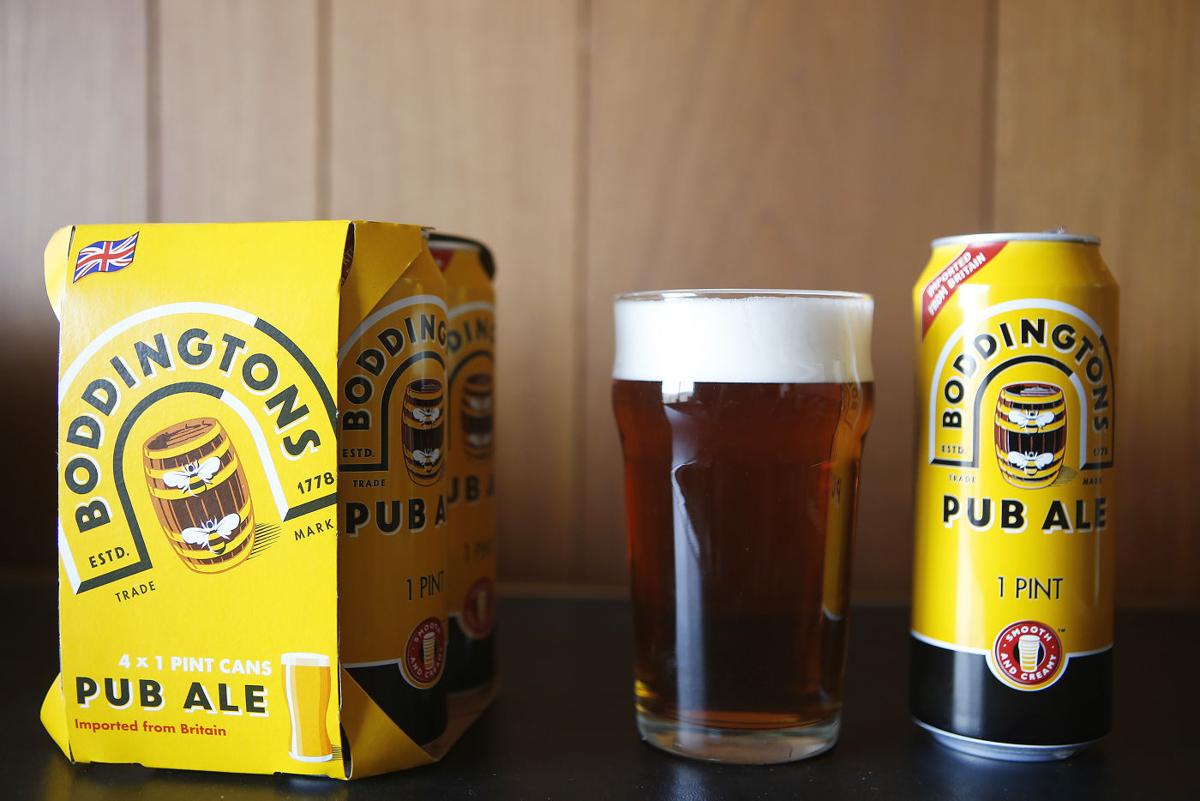 Boddingtons Pub Ale from England was among the first beers to use a nitrogen 'widget' in the can. Nitrogen injection gives beer a soft, creamy character, but also diminishes the flavors.

Boddingtons Pub Ale from England was among the first beers to use a nitrogen 'widget' in the can. Nitrogen injection gives beer a soft, creamy character, but also diminishes the flavors.

The can cracks open with a hiss, a snarl and a growl. The beer pours into the glass like thick sea foam; millions of tiny bubbles surge and cascade like a lava lamp set at boil; then the turbulence settles, leaving a lovely liquid with an inch-deep cap of cream. A soft, silky texture soothes the palate. What’s not to love about nitro beer?

Well, for one thing, the lack of flavor compared to carbonated beers. And, after a while, the stickiness. But let me explain.

Why nitro? And how?

Nitrogenated packaged beer was pioneered by Guinness in the late 1970s. The idea is to mimic the creamy, soft character and well-upholstered head imparted into beer by certain draft systems. Think of the milkshake-like quality of a Guinness draft – it comes from nitrogen that is forced into the beer.

A similar effect comes from the old mechanical system of “pulling a pint.” In the late 1990s, when the venerable pub at 1 Broadway, Newport, was called Aidan’s, I relished going there for Rhode Island-made Bank Street Ale (which vanished long ago). It was drawn using a “beer engine” with a long handle that the bartender had to pull down several times, each crank yielding a few ounces. As Louie Egan has told me, “That was a pain in the arse!”

But the resulting glass of beer was a wonder to behold and to drink. A little farther up Broadway, one can still get a hand-pulled beer at Malt.

Nitro-packaged beers are a compromise. They don’t have quite the same fresh lusciousness, but one can enjoy them at home.

Canned nitros contain a “widget” that releases the gas into the beer upon opening. Sometimes the widget is like a floating ping pong ball; in other cases it’s a short plastic cylinder attached to the bottom of the can.

Bottled nitro beers contain no widget; instead nitrogen is introduced during the bottling process. The foamy effect is more subtle and the flavor is less hidden.

Nitrogenation gives beer a translucence of flavor. The taste is distant, even watery, though the beer itself might be heavy with malt and hops.

I asked the folks at Samuel Adams and Left Hand Brewing why that is. Quick answer: It’s about the tiny size of the bubbles and the more neutral chemical effects of nitrogen.

According to brewer Seth Adams of Sam Adams, lack of carbonation is the difference. “For example, with our Nitro IPA, the lack of carbonation reduces the perceived bitterness by cutting the acidity,” he said. “Carbonation produces carbonic acid on the tongue, nitrogen doesn’t. Without this perceived tongue sting or the bubbles that could release aroma, we really had to amp up the amount of hops we used.”

Left Hand Brewing of Longmont, Colorado, had a similar explanation: “Nitrogen has minimal solubility, forming LOTS of tiny bubbles in your glass in stark difference to CO2 bubbles that are larger and more aggressive.” So a nitro beer has a “smoother flavor profile, in contrast to a CO2 beer that has a more prickly carbonation and overt flavor.”

From across the pond

The nitro treatment started as an Irish-English-Scottish phenomenon. The nitro versions of Guinness, Murphy’s, Belhaven, Boddingtons and others have an air of pub-culture authenticity. I don’t have space to review them all, but two English examples are worth comparing.

Boddingtons was one of the first draft-in-a-can beers I encountered, back in the late 1990s, so I retain a fondness that it might not entirely deserve.

It’s pleasant enough. Boddingtons’ silky, creamy texture is the main attraction. The taste makes less of an impression: doughy malt sweetness and mild floral hops, rather simple and too subdued. Still, this is a soft, easygoing ale that imitates a pub draft with some success.

Tetley’s is a wash. Smooth indeed this copper-hued ale is, but the flavor flows by hardly noticed – watered-down toasty malt, vague hops and a slight metallic aftertaste (which Boddingtons and other canned nitros are guilty of, too).

The weak alcohol reflects English pub tradition, where every drinker in a group has to buy a round. But one round of this bland brew is enough. Boddingtons is better.

The big, beloved, Boston-based brewery known as Sam Adams recently strode into the nitro field with three styles that hit local shelves a couple of months ago. All come in four-pack boxes of tall 15-ounce cans, costing about $10.

Nitro White Ale (5.5 percent ABV): Before I tried it, a fellow beer fan described this to me as “creamy water.” I wouldn’t go that far, but I see what he meant.

I did find some flavor – mainly orange rind and mild spice, slightly bittered with a touch of hops.

But there’s none of the sharp, citrusy edge that makes the Belgian white ale style so refreshing. Nitro softness dulls the taste – a smooth character with no personality.

I’ve had plenty of better IPAs and unfortunately the novelty of nitrogenation doesn’t raise it much in the standings.

Nitro Coffee Stout (5.8 percent ABV): This may be the most successful of Sam Adams’ nitro brews. It starts with a mild dark-roasted, dry stout flavor, then comes aromatic coffee, well-sugared. The coffee addition adds interest to what otherwise would be a rather staid palate.

The body is slight for a stout, but the nitro effect with its creamy head and silky mouthfeel suits this beer well.

Left Hand Brewing is a leader in the field of bottled nitro beer. The nitrogen gives plenty of softness to the body, but compared to canned nitros the flavor is more forward, less watery.

Sawtooth Nitro has a classic copper-amber color and a pungent, herbal aroma. The nutty, toasted-malt flavor is balanced by a nice hop dryness. But again, any complexity is dulled by the effect of those miniscule nitrogen bubbles.

No nitro beer really finishes clean, but Sawtooth seems less sticky than most. It does disappear from my glass very quickly.

The old term “milk stout” refers to a sweet, black English style traditionally made with a dose of lactose sugar. In more naive times, it was advertised as a refreshment for nursing mothers.

As such, it was low in alcohol, so at 6 percent this Colorado version is relatively strong.

It also puts the “milk” in milk stout, thanks to the creamy softness of nitrogenation. Sugary sweet, with roasted malt accompanied by dark-chocolate fudge, this is a comfort beer for dessert or a nightcap.

I’ve saved the best for last.

Wake Up Dead is a killer brew. The rich, bitter, darkest chocolate and espresso flavors have presence, along with potent alcohol. Yet good old N2 gives this potion an extra dimension of soft smoothness, positively decadent.

Nitrogenation works best with beers like this. Here the effect fits like a black satin glove – a Left Hand glove, of course.

After the amount of nitro beer I’ve consumed in the past month, I’m amazed I don’t have the bends.

Gary Ruff is a copy editor for The Daily News. Visit Beer Chaser on Facebook and send email to Ruff@NewportRI.com. Beer Chaser runs the second weekend of each month. To read previous columns, go to www.IndependentRI.com and type “Beer Chaser” into the advanced search field.