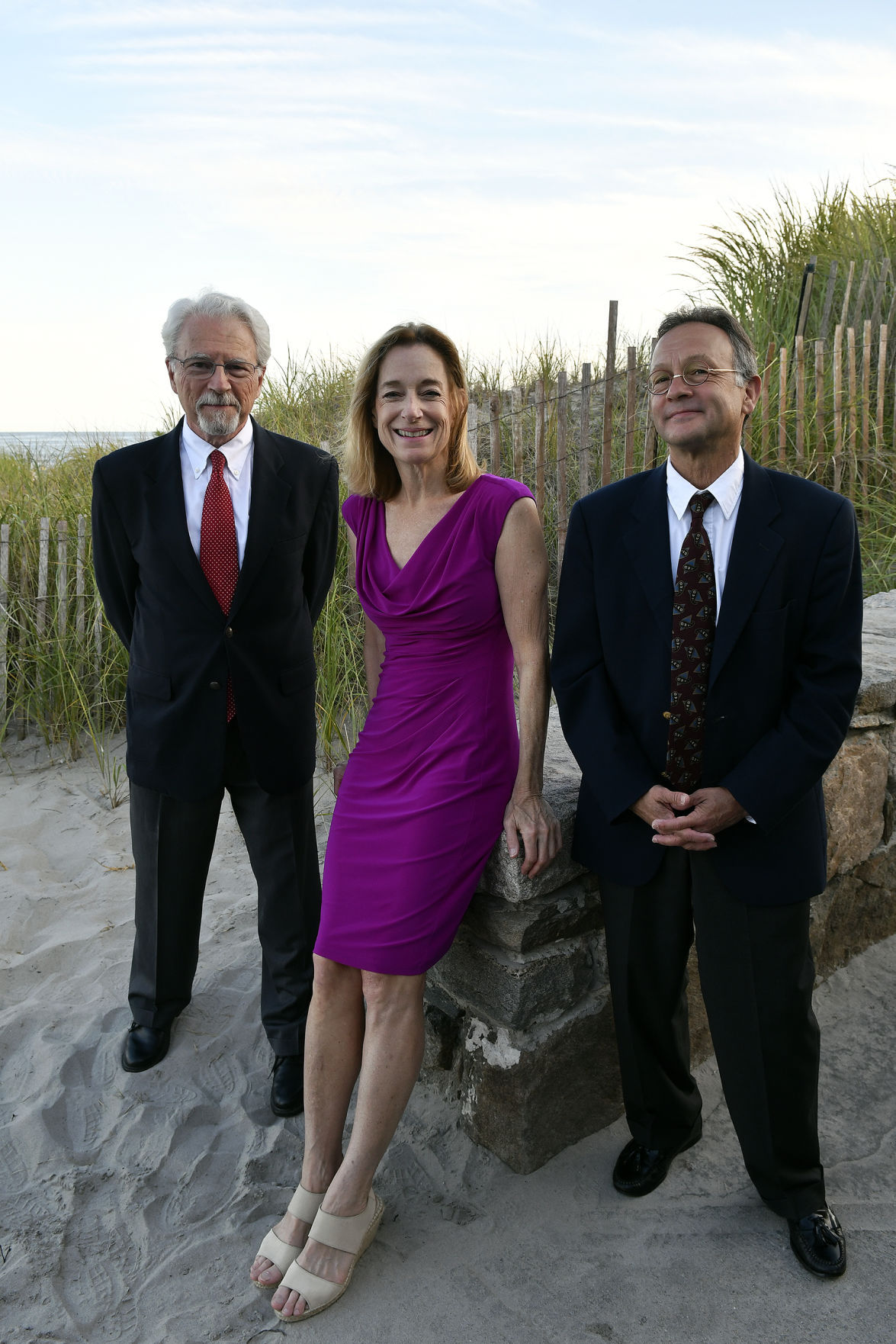 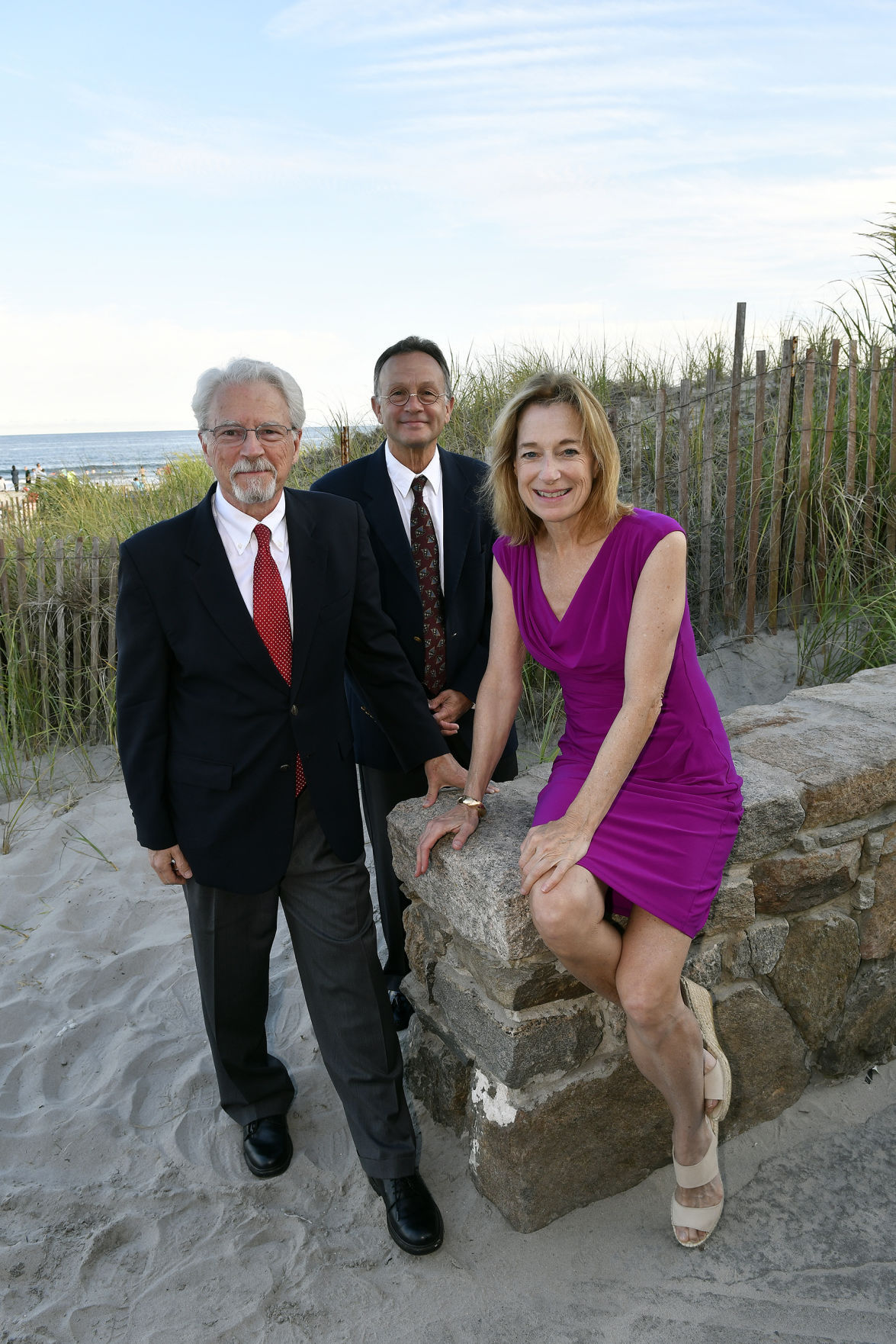 The album cover for The Dunes Trio’s first CD release shows a rainbow arching over a beach as the tide rolls in on what appears to be a dreamy summer afternoon, and its title, “Narragansett Nights,” is printed across this image in a simple yet elegant font.

The photo was taken by Debbie Sullivan, at the location where the group has been playing together for nearly 10 years: The Dunes Club in Narragansett, a private club situated adjacent to Narragansett Town Beach.

The Dunes Trio consists of Sullivan on vocals and piano, Tom Charlap on bass, and Paul Mason on drums, and they play about five nights a week during the summer months in a bar room that overlooks Narragansett Bay, where club members will come in for a drink, sit and listen, or enjoy a dance.

The location is as beautiful as it looks on the album cover, said Charlap, and the title reflective of where they spend their summer evenings.

“We feel like family there,” Sullivan said of playing at the club. “The members are happy to see us every year.” She enjoys seeing familiar faces return every year, especially as multi-generational family units.

An elementary-level music teacher in the Cambridge, Massachusetts, public school system, Sullivan said playing at The Dunes Club reminds her a bit of the relationship she develops with students and their parents during the school year. “It’s a lot like being a teacher in a way,” she said.

Sullivan lived in Narragansett for a while, before moving to Cambridge. She stills owns a house in town, though, and said she intends to retire there after finishing her teaching career.

“Narragansett really feels like home to me,” she said, noting that it’s where she raised her son.

Charlap has a year-round home in Saratoga Springs, New York, but spends six months of the year playing bass for a band on Celebrity Cruise Lines. And Mason, who lives in Lincoln, teaches drums at Brown University and The Wheeler School in Providence.

At the club, the group plays a mix of instrumental music and songs featuring Sullivan’s vocals, but for the record, they selected songs that feature her voice, which Charlap said is the defining feature of the trio. He and Mason deferred to Sullivan to select her favorite songs, “which of course were [our] favorites too,” Charlap said.

Sullivan added that some of the songs are those frequently requested by club patrons, like “Summer Wind.” The rest, she said, are “songs that resonate with me as a vocalist.”

The result is an album that opens with a cover of “A Sleepin Bee,” winds its way through selections from “The Great American Songbook,” and closes with Sullivan’s take on “Summer Wind.”

The trio began talking about making an album at the end of last summer, and the songs were all recorded in the fall at PBS Studios in Westwood, Massachusetts. They plan to release a second, follow-up album featuring some of the songs they recorded but couldn’t include on their first album.

“I think we all came away from the project saying, ‘You know, I think we have a pretty strong record there,’” Charlap said. “It’s a very good representation of how we sound night after night.”

“We feel very blessed and lucky to be able to do this year after year because these kind of situations are very rare, so we feel very fortunate,” Sullivan said.

For more information about the group and to purchase their album, visit dunestrio.com/store.html.