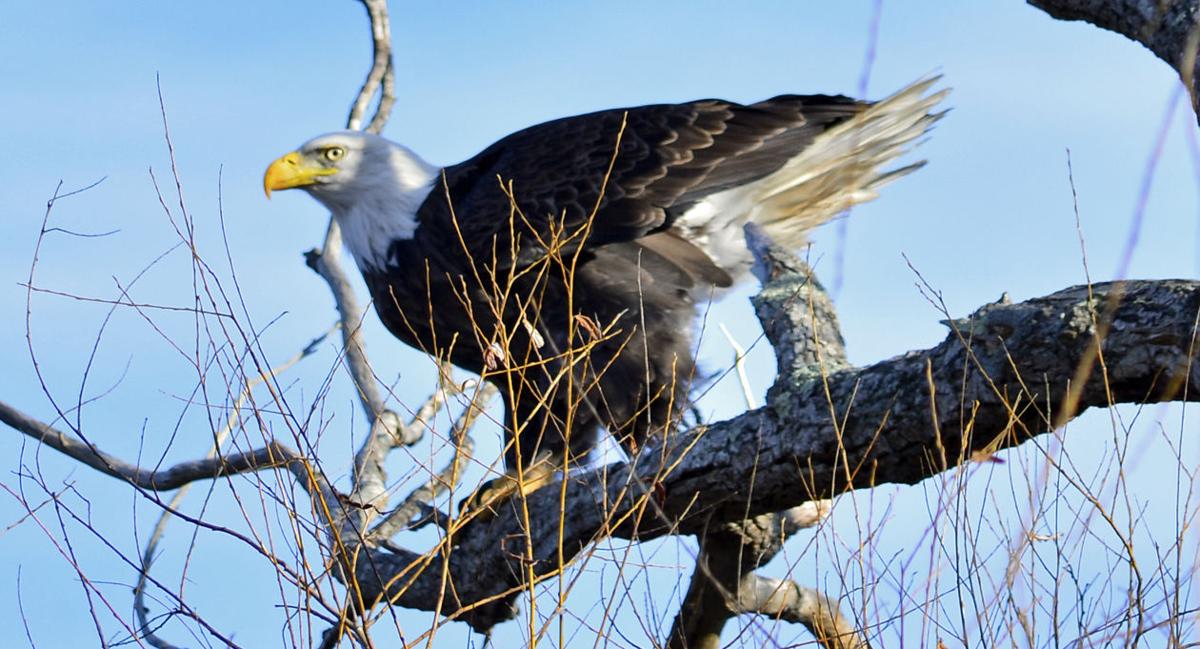 An eagle is perched in a tree near the intersection of High and Main streets in Wakefield last year. 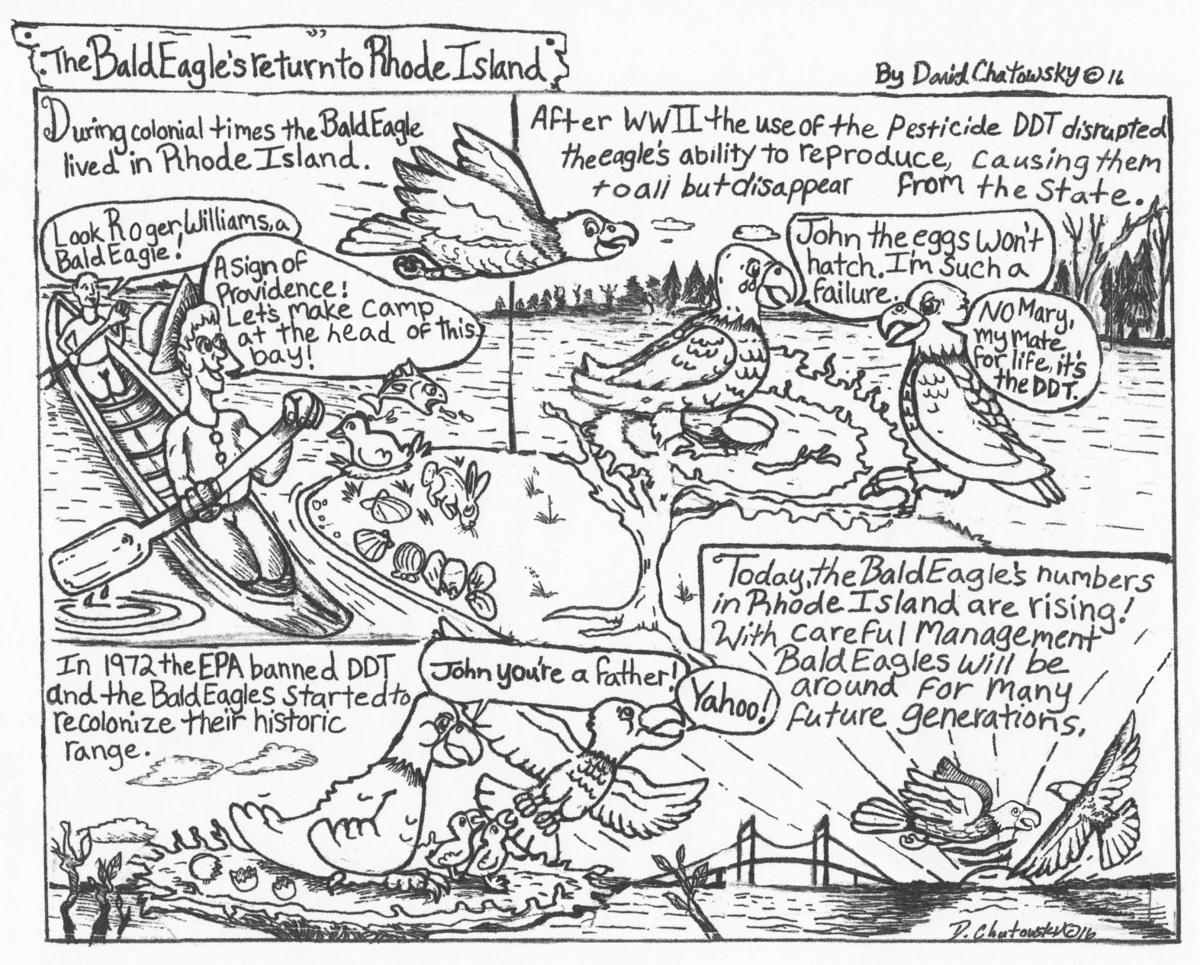 An eagle is perched in a tree near the intersection of High and Main streets in Wakefield last year.

Editor’s note: Todd McLeish is a Rhode Island-native who writes about nature and the environment. We are excited to debut his column, which will appear monthly.

Driving north last week I saw an adult bald eagle eating a dead Canada goose in the median of Route 295 in Lincoln. Not long ago I would have slammed on my brakes and turned around to get a better look at the majestic bird, but now bald eagle sightings in southern New England in winter are almost commonplace.

In just the last month, eagles have been observed at Trustom Pond and the Great Swamp in South Kingstown; Stump Pond in Smithfield; Tiogue Lake in Coventry; Watchaug Pond in Charlestown; Brickyard Pond in Barrington; the Seekonk River in Providence; the Pawcatuck River in Westerly; and soaring over various locations on Aquidneck Island, Tiverton and elsewhere. Last year, as many as nine bald eagles were sighted together on the Seekonk River, now considered the most reliable place to find them in Rhode Island.

It hasn’t always been this way. According to Rachel Farrell, a member of the Rhode Island Bird Records Committee, bald eagles were fairly common winter residents in Rhode Island prior to the 1960s, but they nearly disappeared from the state for the next 30 years. A total of just two were observed during the annual Christmas bird counts between 1962 and 1988. The decline was caused by the use of the pesticide DDT, which made its way into lakes and ponds and accumulated in the tissues of fish. When eagles ate the fish, the toxin caused reproductive failure. As a result, bald eagle populations throughout North America crashed.

DDT was banned in 1972, but it has taken a long time for the birds to rebound. Ospreys, the fish-eating hawks that nest atop platforms on utility poles throughout the region, were similarly affected by DDT, but they recovered their populations much more quickly than have bald eagles. It took many years of work by wildlife officials to relocate eagle chicks from other parts of the country and place them with “foster parents” at the Quabbin Reservoir in Massachusetts before the New England eagle population began to grow on its own.

Now that a healthy wintering population of bald eagles has become re-established in Rhode Island, some of the birds are sticking around to raise young here. A pair has been nesting at the Scituate Reservoir for about a decade, and two or three other nests have been discovered elsewhere in the state in the last two years, though their precise locations are a well-kept secret to protect the birds from disturbance.

As exciting as it is to see bald eagles back in Rhode Island, one ornithologist wonders if it’s an entirely positive development. University of Rhode Island Professor Peter Paton says researchers have found that the large number of bald eagles breeding in Maine are eating so many gulls, eiders and great cormorants that populations of those birds are declining. Many of the eiders and cormorants that summer in Maine spend their winter in coastal southern New England. Which means that eagle predation in Maine may be causing a decline in eider and cormorant numbers in Rhode Island.

But I suspect most Rhode Islanders would trade a few common water birds for a bald eagle any day. Until those water birds look like they’re in trouble, I’d make that trade, too.

Naturalist Todd McLeish has been writing about wildlife and the environment for more than 25 years. His latest book is “Narwhals: Arctic Whales in a Melting World.”