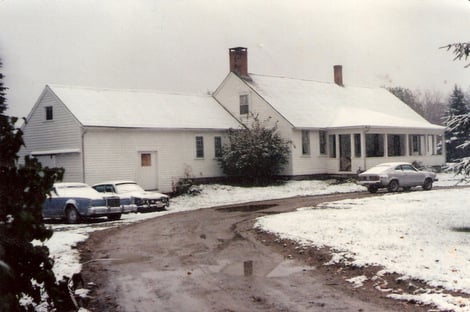 The farmhouse in Harrisville where the Perron family experienced disturbing events were the subject of two books entitled, "House of Darkness House of Light." Volume III is in the works. 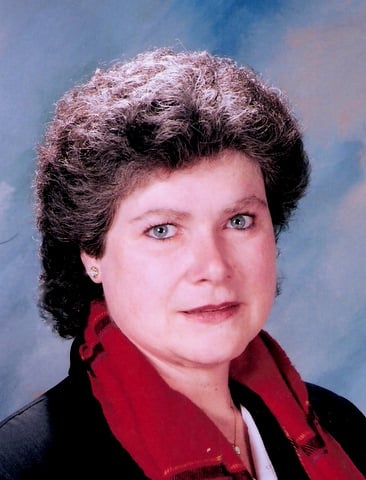 Andrea Perron will discuss her family's ghost stories Oct. 24 at 7 p.m. at the New England Institute of Technology campus in East Greenwich.

The farmhouse in Harrisville where the Perron family experienced disturbing events were the subject of two books entitled, "House of Darkness House of Light." Volume III is in the works.

Andrea Perron will discuss her family's ghost stories Oct. 24 at 7 p.m. at the New England Institute of Technology campus in East Greenwich.

EAST GREENWICH — In 1971, the Perron family moved into a charming, old house in Harrisville. Little did they know, they were not alone.

The happenings in this seemingly unextraordinary home would forever change the Perrons’ lives. Over the next nine years, the family learned there is no veil between the physical and supernatural world as doors slammed, beds shook and apparitions wandered by. From time to time, they were even physically harmed by spirits who wanted to make themselves known.

“We have a respect for the spirits. We lived with them. It was their house first,” said Andrea Perron, who has written two books about the hauntings her family experienced entitled, “House of Darkness House of Light.” Volume III is in the works.

The Perrons’ story, along with the findings of well-known paranormal investigators Ed and Lorraine Warren who investigated the home in the 1970s, got the attention of Hollywood. Forty-two years after the Perrons stepped into the Harrisville home, “The Conjuring” hit theaters and was credited by many critics as one of the scariest movies of 2013. The film, directed by James Wan, follows the Warrens, who assist the Perrons as they experience disturbing events in their home.

“I think it’s an informative film. It’s beautifully done, but there’s just so much more story to tell,” Perron said.

To this day, there are many things that went on in that home that Perron will not discuss, but she will share much of her family’s ghostly tale Oct. 24 at 7 p.m. at the Media Presentation Theater in the New England Institute of Technology Library, One New England Tech Boulevard.

Perron, who currently lives in Georgia with her mother, Carolyn, is happy to return to the state where it all began – she referred to Rhode Island as the “gem in the crown that we call the U.S.” Perron will discuss her experiences and her belief that the scientific and spiritual worlds have to merge in common purpose.

“There is a scientific explanation [to what happened],” she said. “We simply haven’t discovered it yet.

“The Conjuring” is not based on Perron’s two books, but rather from the stories both Perron and Lorraine Warren shared with New Line Cinema. Her books, however, are full chronicles of the events that occurred. Perron said the film doesn’t use any singular scene that she revealed, but rather combines bits and pieces of information. Some aspects of the film, she said, were “patently untrue.”

“There was no exorcism [like in the film]. It was a séance that went very wrong. What they portrayed in the film was not what happened,” Perron said. “It [the séance] was scarier. It was the most terrifying night of my life.”

On that night, the Warrens arrived at the house with a medium. Perron and her younger sister, Cindy, hid nearby and watched as the medium “conjured” up a spirit, who attacked their mother, Carolyn. Carolyn was picked up and thrown into another room – her body slammed to the ground. The Warrens believe Carolyn was possessed.

Perron suspects the medium opened a door she couldn’t close. Her mother, she said, most likely had a concussion from the incident, and took a long time to “come out of the condition she was in. She was utterly drained and in pain.”

The dark presence, who attacked and haunted Carolyn often, was thought to be Bathsheba Sherman, according to the Warrens. Bathsheba lived in the home in the early 1800s and was charged with manslaughter of a baby. The charges were dropped, but rumors spread that she killed the child for a satanic sacrifice. The Warrens were convinced she haunted and cursed anyone who lived in the house for control of the household.

According to Perron, the family researched the history of the home and found at least a dozen people who killed themselves or had a tragic death in the house or on the property.

After the séance, there were no more major supernatural experiences in the home, and the Perrons “lived pretty happily most of the time” in the house until they moved out in 1980, Perron said.

But Bathsheba wasn’t the only spirit to reside in the house – several benevolent spirits materialized as well. Some spirits would “act up” and make loud noises for attention when guests were around. A father, son and dog would appear at the top of the staircase and stare at a wall (like it was a window), never making eye contact with the Perrons. April Perron, the youngest daughter, made a friend with the spirit in her closet named Oliver Richardson. He was her secret friend, and she did not tell the Warrens about him in fear that he may disappear.

“For the most part, we did get used to it,” Perron said of the spirit presence.

Perron said she even caught sight of a spirit who was a spitting image of herself as an old woman dressed in 17th-century attire.

“It means we can seriously consider reincarnation or living in multiple dimensions,” she said.

Another time, Carolyn spotted two men seated in the dining room. One man recognized her presence, got the other man’s attention and pointed toward Carolyn.

“To them, she was the ghost,” Perron said. “I always considered the house a portal, but not only a portal to the past but to the future.”

It took 30 years for Perron to sit down and share her family’s story. The book-writing process and movie release have been an “emotional upheaval” for her family, as they found it hard to relive each moment.

The family was concerned skeptics would “eat up” their story, but Perron has learned to tune out those who call the family liars. On the other hand, she has positively connected with many of her readers, who write letters revealing their personal experiences with the supernatural.

“The most important reason for me to tell this story is that it exposes other dimensions of our relativity,” Perron said. “The more I talk about it, the more clarity it brings.”

The one thing that shocks most people, Perron said, is the fact that most of the family would willingly move back into the home. The five daughters lived in the home during the formative years of their lives, she said. Perron left the home at age 21. Since 1980, Perron has visited the property on several occasions and “always feels like I’m home when I’m there.”

“It’s just such a huge part of our lives and memories,” Perron said. “My mother once said, ‘We left the farm, but it will never leave us.’”

Since she was a young girl, Perron believed her family was meant to move into that house and that one day she would share their story and ordeal with the world.

“It’s not really about whether or not they exist. It’s how we perceive them,” Perron said of the spirits. “It [the experience] taught me about life, death and the afterlife.”