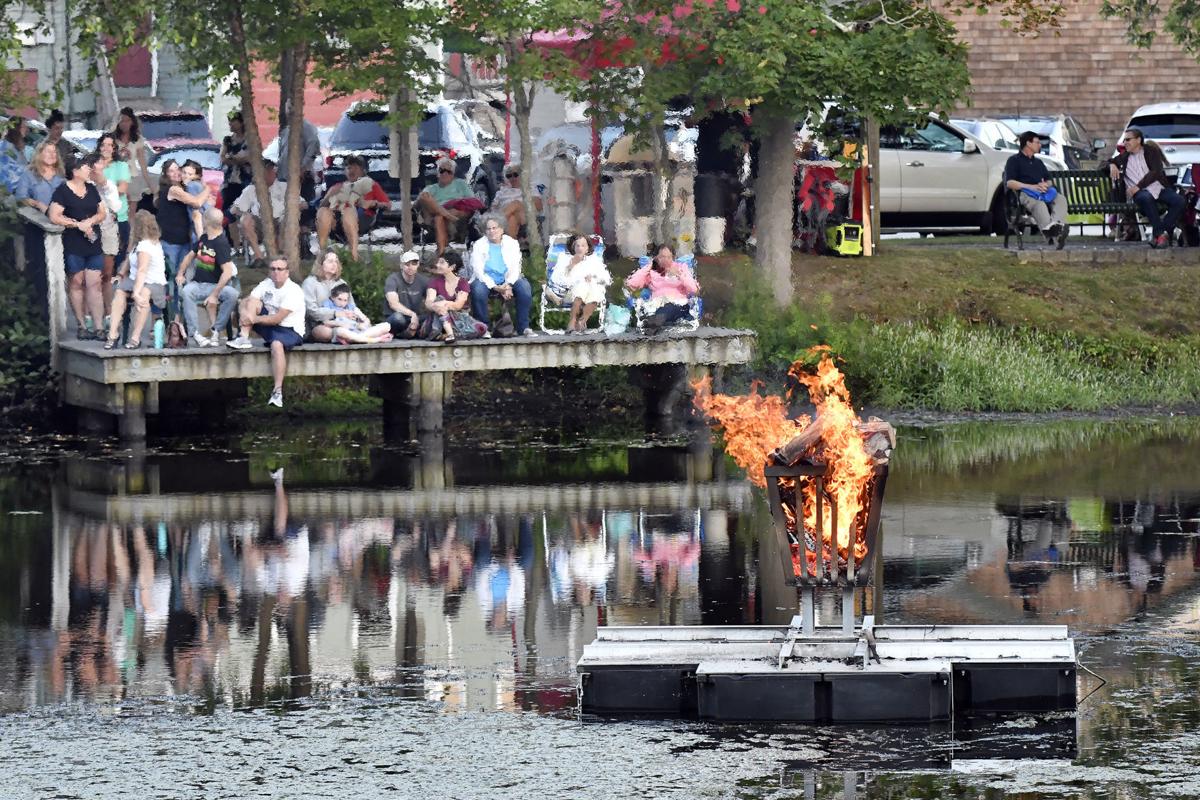 People gather to enjoy the Wakefield RiverFire event last summer. The 2018 season kicks off one June 21. 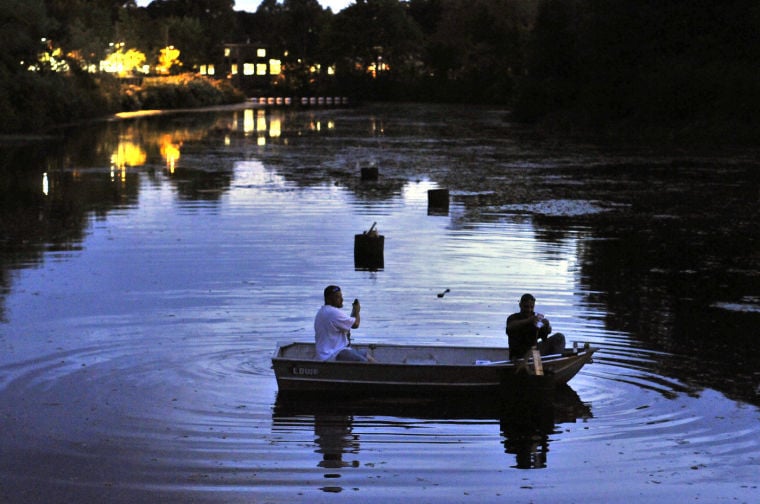 Chris DiCicco, left, of Narragansett and Jeremiah Dayon of South Kingstown add firewood and lighter fluid to the fire barrels in the Saugatucket River in Wakefield for the village’s RiverFire event in this August 2014 file photo. This year’s season begins June 21 with an Empty Bowl Stroll event to help fight hunger locally.

People gather to enjoy the Wakefield RiverFire event last summer. The 2018 season kicks off one June 21.

Chris DiCicco, left, of Narragansett and Jeremiah Dayon of South Kingstown add firewood and lighter fluid to the fire barrels in the Saugatucket River in Wakefield for the village’s RiverFire event in this August 2014 file photo. This year’s season begins June 21 with an Empty Bowl Stroll event to help fight hunger locally.

There’s no better way to welcome summer and celebrate the solstice in our little corner of the universe than by strolling through downtown Wakefield, enjoying live music by talented, local artists and watching the flickering firelight on the Saugatucket River during the Wakefield Village Association’s RiverFire.

Back for its third consecutive year since partnering with the town and local businesses, RiverFire, notes event coordinator Kenny Burke, is better than ever.

“The events we put on, and especially our weekly RiverFire on Thursday nights, are a great way for residents and visitors to rediscover Wakefield and see how beautiful our community is,” he said. “We wanted to take pride in our Main Street while offering an event that has a very local feel, and that’s exactly what RiverFire is all about.”

This season’s kick-off event June 21 will coincide with a fundraiser and awareness campaign dubbed the Empty Bowl Stroll, being hosted jointly by the Jonnycake Center of Peace Dale and Welcome House of South County.

Kate Brewster, executive director of the Jonnycake Center, said having the events on the same night seemed like a natural partnership, as the village association has always supported the two nonprofits and has used RiverFire as a means to collect canned goods for the center’s food pantry.

“It’s a great opportunity to raise awareness to the fact that hunger, food insecurity and homelessness do exist in South County,” she said, noting that the issues are exacerbated in the summer as children are not receiving daily meals at school and housing becomes even more scarce. “I think all too often we think we live in this beautiful part of the state and don’t recognize that poverty and other issues such as hunger and homelessness are in our very own backyard.”

Allison Martinez, executive director of Welcome House, said both her organization and the Jonnycake Center are working diligently to address food insecurity, locally. She said anytime someone has a meal at Welcome House’s soup kitchen, that person is referred to Jonnycake Center’s food pantry, and vice versa.

“Many people are unaware of acute hunger and homelessness in South County. Even though we know this won’t be that big of a fundraiser, it’s a great way to raise awareness and get the community involved in our mission,” Martinez said. “It’s really important to unify, come together as a community and show that we are working together for the common goal to end hunger.”

In keeping with the idea of raising awareness and funds to combat hunger, Burke said the season’s first RiverFire will feature music from Chakulla Smith and The Hunger Bus.

“He’s quite a character and puts on a great show and loves being a part of fundraisers for hunger issues,” Burke said of Smith. “He will be playing from 7-9 p.m. at Sari’s Sanctuary, as will all of the musicians who will be performing each Thursday night this summer.”

RiverFire is a perfect opportunity for both visitors and local residents to get a taste of the community, Burke said.

“A lot of people come and go, mix and mingle and float in and out to get ice cream at Brickley’s or tacos at El Fuego or to watch the music or the fires on the river,” he said. “People just find their level and make the event whatever they want it to be.”

RiverFire has grown significantly as the association has worked with local partners to market the event and make it a full-blown attraction. Prior to the association having new steel fire baskets made a few years ago, the event was a bit sporadic. Burke said that at that time, they were using 55-gallon drum barrels for the river fire portion.

“We’re really enjoying how much the community has taken to RiverFire in the last couple years,” he said. “The town has taken a strong interest in partnering with the village association. They’ve come out to help clear out the riverbank, working with the [Department of Environmental Management] to help cut out invasive species on the riverbank. The partnership we’ve formed with the town and with local businesses is wonderful.”