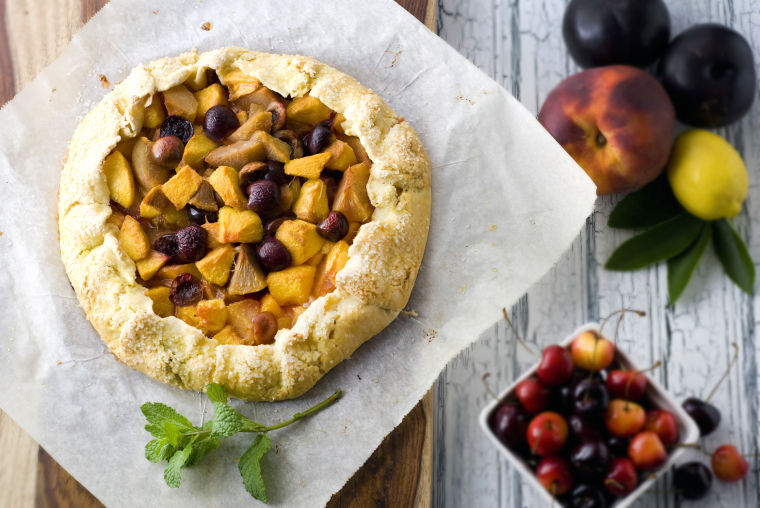 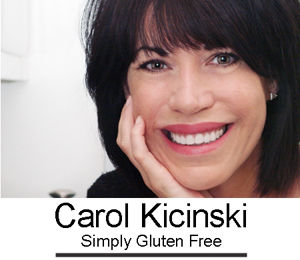 Who doesn’t want to look pretty? Women worldwide use makeup products to enhance their natural beauty. But there’s an ongoing debate in the gluten-free community on the use of gluten-free makeup, skin care and hair products.

One school of thought believes that you can be affected by gluten only if it is ingested. This camp is willing to admit that there is a need for gluten-free lipstick and dental products, since they can enter the body via the mouth, but believe that gluten-free skin care and hair care products are totally unnecessary, since gluten isn’t absorbed through the skin.

Another school of thought believes that although the science points to the fact that gluten adversely affects only people with celiac disease and non-celiac gluten sensitivity when ingested, you cannot refute the evidence that many people who do not react to products that are gluten-free, react to makeup, skin care and hair products that contain gluten.

Another theory seems to be that people with dermatitis herpetiformis, more commonly referred to as DH, a blistering, itchy skin disorder associated with a small percentage of people with celiac disease, will always react to gluten on the skin without ingestion.

Dr. Robert Dyer, an East Greenwich dermatologist with privileges at South County Hospital, said that “DH presents as an extremely itchy rash – little bumps on the skin or blisters.” It is most commonly found on the elbows, back of forearms, knees, scalp, lower back and buttocks. A biopsy is performed on the rash to determine if the cause is DH. Dyer explained that DH is a disease of the immune system where the body develops antibodies to gluten that get deposited in the skin. The treatment includes a gluten-free diet, as well as an antibiotic called Dapsone.

Beth Hillson, cookbook author and food editor of “Gluten Free and More” magazine, believes that “people with DH do not need to avoid gluten in skin care products, at least once the blisters disappear. Although the reaction appears on the skin, it is a response to gluten in the small intestine. Of course, anything that is applied near the mouth is a different story. And people with a wheat allergy may have to avoid all skin care products that contain forms of wheat.”

In her upcoming book, “The Complete Guide to Living Well Gluten Free,” Hillson devotes a chapter entitled “The Skinny on Cosmetics” to a discussion on makeup and skincare products. The book is scheduled for a fall 2014 release, and is available at dacapopress.com/book/paperback/the-complete-guide-to-living-well-gluten-free/9780738217086.

Afton Jones of Austin, Texas, hosts a blog called The Gluten-Free Makeup Gal. Jones has classic DH symptoms, although she was never diagnosed. According to Jones, when she tried a new eyeliner, “it burned, and left a red line” around her eyes. She is extremely sensitive to topical gluten – even cake crumbs on her skin give her a nasty rash. Jones has met countless women who have taken gluten out of the equation after finding themselves losing hair and having symptoms, and who feel much better and don’t react when using gluten-free cosmetics and skin care products. She says that no study has shown positive proof of this reaction, but the proof is in the results – less skin reactions.

When asked why she decided to host a blog on gluten-free makeup, Jones said that she “was rather horrified at the lack of information.” She publishes a list of gluten-free makeup and skincare products – which is updated quarterly – on her blog, glutenfreemakeupgal.com. The list specifies what companies test for gluten, as well as companies whose products are made with gluten-free ingredients and have been well-tolerated by people, but are not currently tested for gluten. Jones explained that a lot of companies can’t afford the cost of gluten-testing, but are committed to making products free of gluten.

Armed with Jones’ list of gluten-free products, I made a field trip to Sephora in Cranston and Ulta in Warwick to see what products they had to offer for people with celiac disease.

Walking into Sephora was like walking into a candy store for makeup, overwhelming in all the choices. My salesperson helped me find the Bite Beauty display, which was on The Gluten-Free Makeup Gal’s list, noting that the company is certified by testing to be gluten-free. The salesperson told me the manager in the Cranston store has a gluten issue and says that although Tarte High-Performance Naturals™ company policy states it formulates without gluten, their products are processed in a facility that may contain gluten and run a risk of cross-contamination. However, the manager has used it without any issues. During my visit, I also discovered Obsessive Compulsive Cosmetics, as well. An email to OCC clarified that they are gluten-free, as well as vegan.

Since I needed some lip gloss, I decided to try out the Bite Beauty and Tarte brands at Sephora’s do-it-yourself makeup bar. The color choices were amazing, and the price – eye-popping. Prices on the lip gloss I tried on ranged from $19 to $28 per lip gloss. Now, I admit that I don’t buy cosmetics that often, so that may be the norm, but it’s pretty steep for my budget. I figured I’d take one for the team though, and buy one each of the Bite Beauty and Tarte lip glosses, to test them out for you. Both went on well and felt good. I haven’t had a bad reaction yet, but everyone’s sensitivity levels differ, so keep this in mind if you decide to try Tarte.

Ulta carries Lipstick Queen that, according to its FAQ page on the website, is gluten-free, as well as Physicians Formula, which also claims gluten-free status.

The next local meeting of The New England Celiac Organization’s celiac support group will be held Sept. 16. healthyvilli.org

Blackbird Bakery, a gluten-free bakery based in Austin, Texas, has published a new cookbook, “The Everyday Art of Gluten-Free,” due to hit stores Sept. 9. The bakery has recently released a line of flour blends, available for purchase online. The line includes biscuit, bread and pizza, cake and muffin, cookie jar, donut and fritter, and pie and pasta blends. shop.blackbirdbakery.com

If you’re looking for an upscale experience, the Vanderbilt Grace in Newport has a gluten-free spa getaway. The promotion includes two nights in a Junior 500 suite, champagne upon arrival, a gluten-free cooking class with the chef, a spa treatment with aloe vera, and gluten-free snacks, treats and beverages in your room. Rates for a spa getaway start at $965. gracehotels.com/vanderbilt

Certified health coach and blogger Jennifer Fugo, founder of Gluten-Free School, an online teaching forum with twice-monthly podcasts by experts in the field, has released “The Savvy Gluten-Free Shopper.” The book not only explains how to save money when shopping for gluten-free food, it contains 27 recipes and a menu-planning guide. glutenfreeschool.com

I brought home an abundance of summer fruits from the market this weekend and the first thing I thought of was pie. But I was too impatient to make pie crust, let it sit in the fridge, roll it out and everything. I wanted pie and I wanted it as soon as possible. So instead of pie I decided on a galette.

According to Webster’s Dictionary, a galette is defined as:

1: a flat round cake of pastry often topped with fruit

2: a food prepared and served in the shape of a flat round cake

According to me, a galette is defined as an easy way to make pie.

Instead of making a crust from scratch (and waiting for hours) I used a box of gluten-free bread mix – simply mix, roll, fill and bake. As easy as, well…pie. Actually a whole lot easier than pie!

For my galette I used peaches, plums and cherries but you can use whatever stone fruits you like; apricots would be a lovely addition. I also used the All-Purpose Bread Mix from Chebe, which is dairy free as well as gluten free. I did add just a touch of sugar to the crust (none to the fruit – it was perfectly ripe and sweet enough) but you could leave that out if you want the galette to be sugar free.

Combine the fruit with the lemon juice and zest and let sit while preparing the crust.

In a mixing bowl, combine the bread mix with oil, 2 eggs, 1 tablespoon of sugar, and water. Mix to combine. The dough may look clumpy, this is OK. Turn the dough out onto a clean work surface and knead for a minute or two until the dough is smooth and not sticky. Form the dough into a ball.

Using a slotted spoon pile the fruit onto the dough leaving a 2-inch border. Fold the dough up over the edges of the fruit, pleating it if needed. If there are any holes in the dough just pinch them closed. Beat the remaining egg and brush over the crust, then sprinkle with the sanding sugar.

Bake 40 to 45 minutes or until the crust is browned and the fruit bubbly. Serves 6.

Karen Governo Ingraham, editorial assistant at Independent Newspapers, writes a blog to provide support and community for people with celiac disease and non-celiac sensitivity. If you have a subject you’d like explored in “Against the Grain” or a comment you’d like to share, email celiacgirlri@gmail.com. For more information, visit celiacgirlri.com.