The cast sings "Here's Love" in the New England premiere of "Miracle on 34th Street, The Musical," playing at Ocean State Theatre in Warwick through Dec. 29. 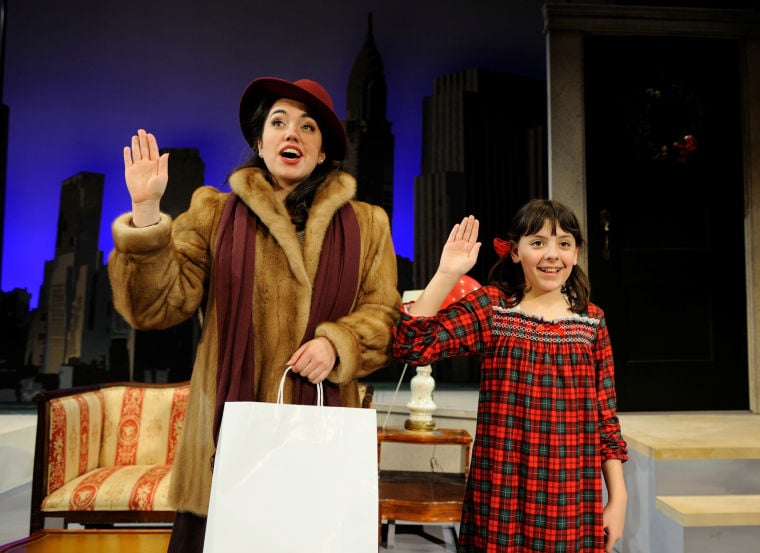 Megan Wheeler as Doris Walker, left, and Brigid Fitzgerald as Susan Walker star in "Miracle on 34th Street, The Musical," playing at Ocean State Theatre in Warwick through Dec. 29. 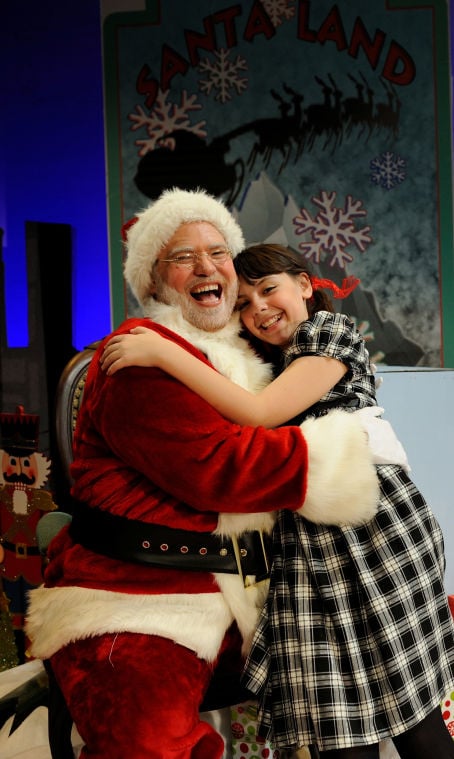 Richard Koons as Kris Kringle and Brigid Fitzgerald as Susan Walker star in the "Miracle on 34th Street, The Musical," playing at Ocean State Theatre in Warwick through Dec. 29.

The cast sings "Here's Love" in the New England premiere of "Miracle on 34th Street, The Musical," playing at Ocean State Theatre in Warwick through Dec. 29.

Megan Wheeler as Doris Walker, left, and Brigid Fitzgerald as Susan Walker star in "Miracle on 34th Street, The Musical," playing at Ocean State Theatre in Warwick through Dec. 29.

Richard Koons as Kris Kringle and Brigid Fitzgerald as Susan Walker star in the "Miracle on 34th Street, The Musical," playing at Ocean State Theatre in Warwick through Dec. 29.

WARWICK — It’s never easy to perform a live version of a show best known as a classic film – just ask Carrie Underwood and the cast of NBC’s “Sound of Music,” which received mixed reviews last week.

“Miracle on 34th Street, The Musical,” the Meredith Willson musical making its New England debut at Ocean State Theatre Company in Warwick, also is a mixed bag. “Miracle” is cheerful, family-friendly fare, stocked with adorable children, talented singers and nimble dancers. But many of the cast members have more limited acting ranges and are saddled with a script and score that do not measure up to their source material.

Willson, best known for “The Music Man,” captures the essentials of “Miracle on 34th Street” – a white-bearded man who claims to be Kris Kringle steps in as a Macy’s Santa Claus, and finds he needs to convince Doris, a cynical single mother, Susan, her no-nonsense daughter, and the state of New York he is the real man in the red suit. But script changes rob the show of some of its warmth – most glaringly changing Fred Gaily, Doris’s love interest, from the nice guy next door to a wolfish former military man; and moving the “imagination” scene between Kris and Susan from Doris’ living room to the dark and deserted basement of Macy’s. The score lacks the hummable tunes that make “The Music Man” memorable, with the sole exception of “Pine Cones and Holly Berries,” a reworked version of “It’s Beginning to Look a Lot Like Christmas,” that Willson wrote in 1951.

The show, directed and choreographed by Barbara Hartwig, with musical direction by Esther Zabinski, begins with a lively dance number – Willson loves his marching bands – that captures the spirit and joy of the Macy’s Thanksgiving Day parade and is cleverly staged to include the parade’s famous big balloons. Despite brisk pacing and several entertaining dance numbers, things begin to drag as several songs don’t further the plot, but rather set up jokes later in the show.

The best performances come from Richard Koons (Kris), Megan Wheeler (Doris) and Brigid Fitzgerald (Susan). All three are natural and likable, with clear, strong voices. Koons creates an intelligent and happy-go-lucky Kris and his scene, when he listens to the Christmas wishes of the little Dutch girl, is among the most touching of the show. Wheeler creates a strong, but sympathetic, woman who keeps her emotions in check. Fitzgerald – a Kingston resident – is charming as the somber little girl who has been taught to value truthfulness and doesn’t know how to play. Matt DaSilva (Shellhammer) and Mark S. Cartier (R.H. Macy) add many comic moments to the evening. The youngest and tiniest member of the ensemble, kindergartener Amaryllis Miller, is beyond adorable and steals every scene in which she appears.

Jeffrey Funaro (Fred) can sing and dance, but creates a love interest that is too smarmy. It doesn’t help matters that the script has Fred referring to Doris as “a witch” and “a dame” much of the time. Without a growing relationship between Fred and Doris, Fred’s primary role is that of self-appointed babysitter for Susan, something that creates a bit of a queasy factor by today’s “stranger danger” standards. There is not much chemistry between him and Wheeler, another problem compounded by the script, since they do not spend much time together.

The simple set by Lisa Pegnato easily moves from apartment to department store to street scene. The lighting, designed by David Sexton, left a few dark spots center stage, which left the actors plunging in and out of the shadows. The costumes, by Brian Horton, captured both the still-somber post-war era, and the gaiety and diversity of the Macy’s parade and store.

I applaud Ocean State for seeking out a unique holiday offering. It may not live up to the film, but “Miracle on 34th Street” is a happy show that allows kindness, love and humanity to trump commercialism. And that’s a miracle worth seeing this holiday season.

"Miracle on 34th Street, The Musical"