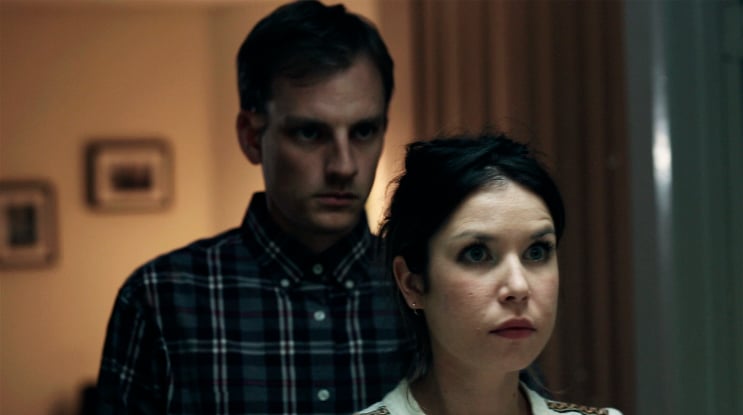 Matt Tente will screen his film “Welcome to the Building” at the Rhode Island International Film Festival Aug. 9 in Providence. Originally from South Kingstown, Tente’s return to his home state also marks his first time in a film festival. Alex Weed, as Henry Clark, and Claire Scott, as Clare Daniels, star in Tente’s film. 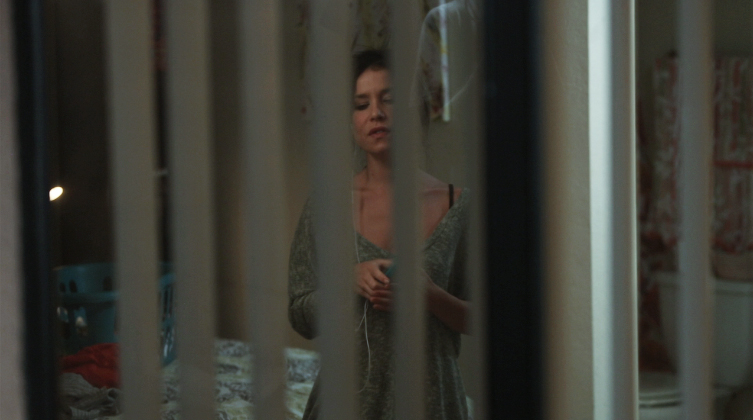 Matt Tente will screen his film “Welcome to the Building” at the Rhode Island International Film Festival Aug. 9 in Providence. Originally from South Kingstown, Tente’s return to his home state also marks his first time in a film festival. Above, Claire Scott's character, Clare Daniels, is being watched by Alex Weed’s character, Henry Clark, in a still from the film. 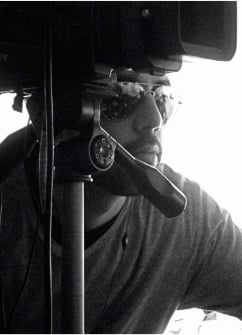 Matt Tente, above, will screen his film “Welcome to the Building” at the Rhode Island International Film Festival Aug. 9 in Providence. Originally from South Kingstown, Tente’s return to his home state also marks his first time in a film festival.

Matt Tente will screen his film “Welcome to the Building” at the Rhode Island International Film Festival Aug. 9 in Providence. Originally from South Kingstown, Tente’s return to his home state also marks his first time in a film festival. Alex Weed, as Henry Clark, and Claire Scott, as Clare Daniels, star in Tente’s film.

Matt Tente will screen his film “Welcome to the Building” at the Rhode Island International Film Festival Aug. 9 in Providence. Originally from South Kingstown, Tente’s return to his home state also marks his first time in a film festival. Above, Claire Scott's character, Clare Daniels, is being watched by Alex Weed’s character, Henry Clark, in a still from the film.

Matt Tente, above, will screen his film “Welcome to the Building” at the Rhode Island International Film Festival Aug. 9 in Providence. Originally from South Kingstown, Tente’s return to his home state also marks his first time in a film festival.

While news of Woody Allen’s work in Newport with A-List actors Joaquin Phoenix and Emma Stone has been making headlines over the past few weeks, Rhode Island has been in the limelight for decades.

It’s not just the Ocean State’s beautiful landscape and historic charm that attract directors and producers, according to filmmaker Matt Tente. It’s the state’s tax benefit program, the work of many in the RI Film & TV Office and the state’s commitment to the arts that got Tente, a South Kingstown native, where he is today, he said.

“Without the work of Steven Feinberg and everyone in the RI Film & Television Office, I don’t think I would be pursuing a career in film and TV. I was fortunate enough to intern on the film ‘Underdog,’” said Tente, who attended Rhode Island College. “Without that experience, I am sure that I would be doing something else.”

When he moved to Los Angeles in 2008, Tente dreamed of following in the footsteps of other Rhode Island filmmakers like Chris Sparling, the Farrelly Brothers, Michael Corrente, Jennifer Lee, and Paul Corrigan. Six years after his cross-country move, the young filmmaker will get a chance to take his work to the next level as he premieres one of his short films, “Welcome to the Building,” during the 2014 Rhode Island International Film Festival Aug. 9 at 8 p.m. at the Bell Street Chapel, 5 Bell St., Providence. Tente wrote, directed, edited and produced the film.

Still early in his career, Tente’s film screening is an event filled with purpose and meaning. Something of a coming-of-age story, it will be Tente’s first time in a film festival and it happens to be in his home state – the state that gave him the capabilities and confidence to make films in the first place.

“It’s serendipitous. The RIIFF will be the first festival to screen it and this is where I grew up. It’s exciting,” Tente said of his film premiere. “You work on this thing for a while and you want to get it out there, but you’re also nervous at the same time. You hope they love it as much as you do.”

“Welcome to the Building” is a 21-minute thriller. The film tells the story of an innocent crush and online infatuation that takes a dark turn. A young woman, Clare, moves next door to Henry, a shy loner who happens to be unstable. Henry is immediately drawn to Clare and is extremely jealous of Clare’s boyfriend, Chris. He begins peeking into her apartment, followed by breaking into her home. Soon, the “innocent” crush turns dangerous.

Tente’s film brings a contemporary feel to the thriller genre to show the public how vulnerable people can be on the Internet. In a synopsis of the film, Tente writes, “This shockingly realistic portrayal of an obsessive stalker will leave audiences fearing the digital devices that we have all come to rely on.”

Tente’s inspiration for the film came from two real-life events. After reading about the victims of Internet stalkers who use Blackshades malware to access computers and Web cams, Tente decided he wanted to pursue the topic and show how these people acquire images and extort victims with ease. The second inspiration comes from Tente’s own apartment building, which is designed in a way that tenants can both see and hear into each other’s units. Most of the hacking stories Tente read were about perpetrators who were thousands of miles away from their victims, so he thought, “the only thing scarier than what these guys are doing is doing it to someone who is near you.”

“The more we rely on our Internet-connected devices and the more active we are on social networks, the more vulnerable we are to hackers,” Tente said.

Not only did Tente’s apartment building in Los Angeles serve as his inspiration, he also shot the film in several locations in and around the building for three days. He used IndieGogo, a crowdfunding site, and raised several thousand dollars to help with production costs.

“I really enjoyed the entire process,” Tente said of filming. “Starting with a kernel of an idea, writing it, shooting it, editing it [and] screening it. There is no better feeling than looking back at the scribble of an idea on a note pad and having something to show for it.”

Tente’s love for film began during a videography course with Ron Matteson at South Kingstown High School. Matteson gave the students an assignment to recreate a scene from a movie. Tente’s group shot a scene from “Fight Club.”

“It was a great experience and really stands out as a pivotal moment for me during my high school years,” he said.

While in college, Tente volunteered at the RIIFF and interned on the set of “Underdog.” Tente said these experiences allowed him to see what steps were necessary to build a career. After graduating from college in 2007, Tente moved to Los Angeles and worked for Scott Rudin Productions, The Gotham Group and Landscape Entertainment. He jumped at the opportunity to work for writer and director Scott Cooper, who directed “Crazy Heart,” “Out of the Furnace” and the upcoming film, “Black Mass,” which is currently being filmed in Boston.

As an assistant, Tente reads prompts and has had the opportunity to sit with Cooper and Christian Bale to watch a cut of “Out of the Furnace.” Tente said that experience was both “surreal and intimate.”

“Scott is an interesting guy. He’s the nicest and is incredibly talented,” said Tente, who enjoys watching how Cooper approaches his work.

Unfortunately, Cooper will be wrapping up with “Black Mass” and most likely won’t attend Tente’s screening, but the two plan to sit down and watch the short together. As for everyone else at the festival, Tente hopes the film will entertain them. He hopes “people come away looking at their computers, cell phones and other devices with a great deal of suspicion, knowing how vulnerable they are to even neophyte hackers.”

After this screening, Tente’s goal is to turn “Welcome to the Building” into a feature film and hopes the short can secure some funding for the project. Tente hopes to build a career doing what he loves, just like many other successful Rhode Island filmmakers.

“People like them really instill a sense of what is possible in the film and TV industry without having grown up in hubs like New York and Los Angeles,” Tente said.

"Welcome to the Building"