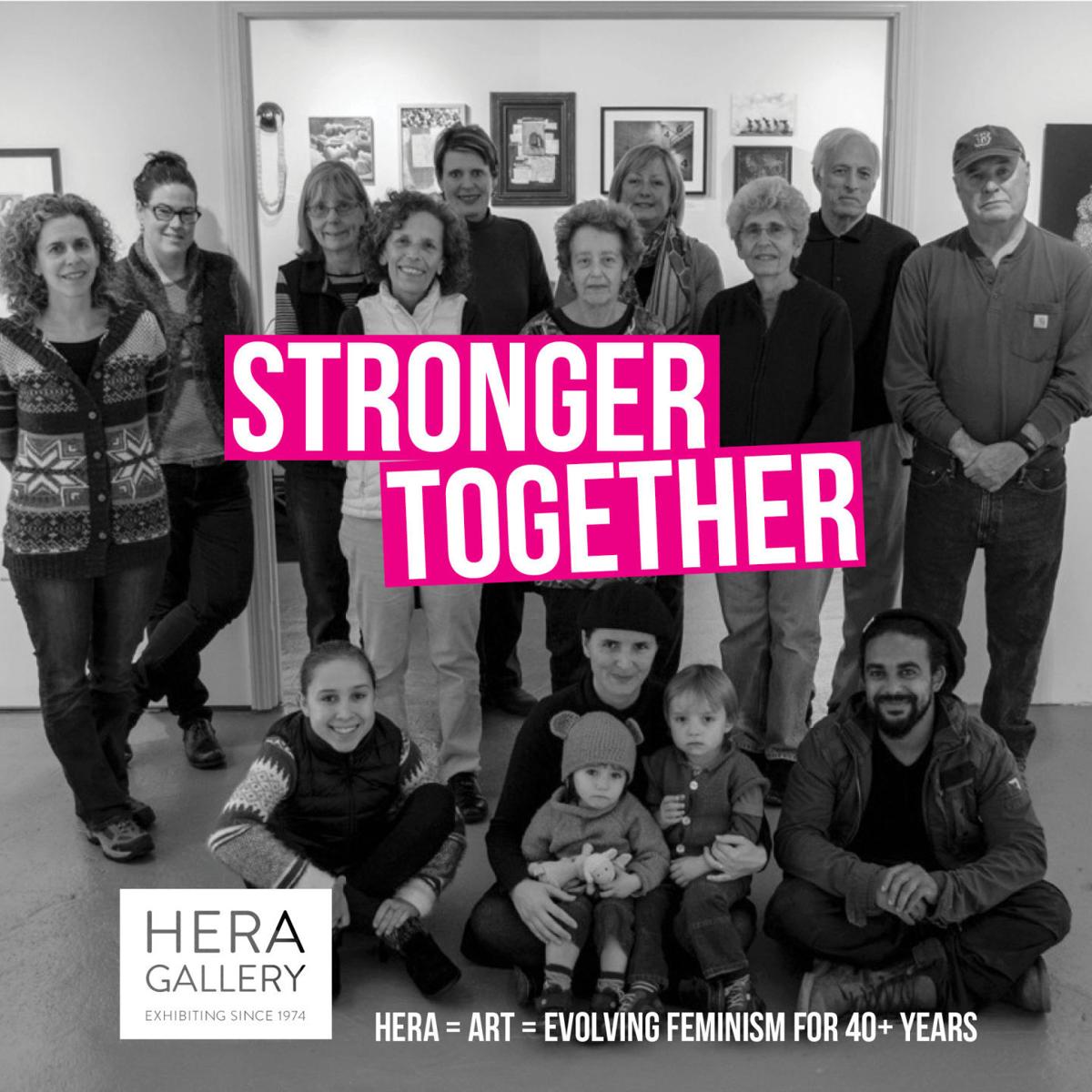 members of Hera Gallery gather for a group photo, originally posted on Facebook Nov. 11, to show that "in the face of uncertain times, fear, and division, we must remember that we are stronger together." 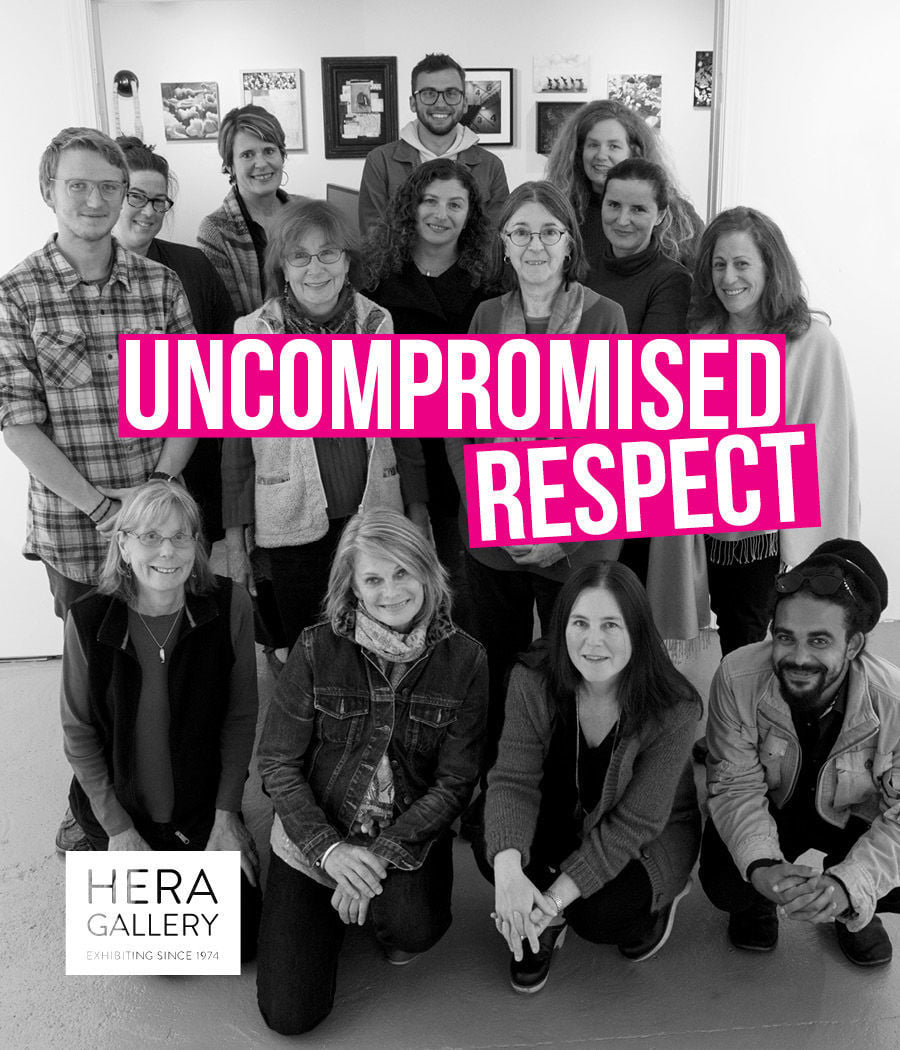 Members of Hera Gallery gather for a group photo, originally posted on Facebook Nov. 3. The photos are part of a new project by gallery members to illustrate solidarity. 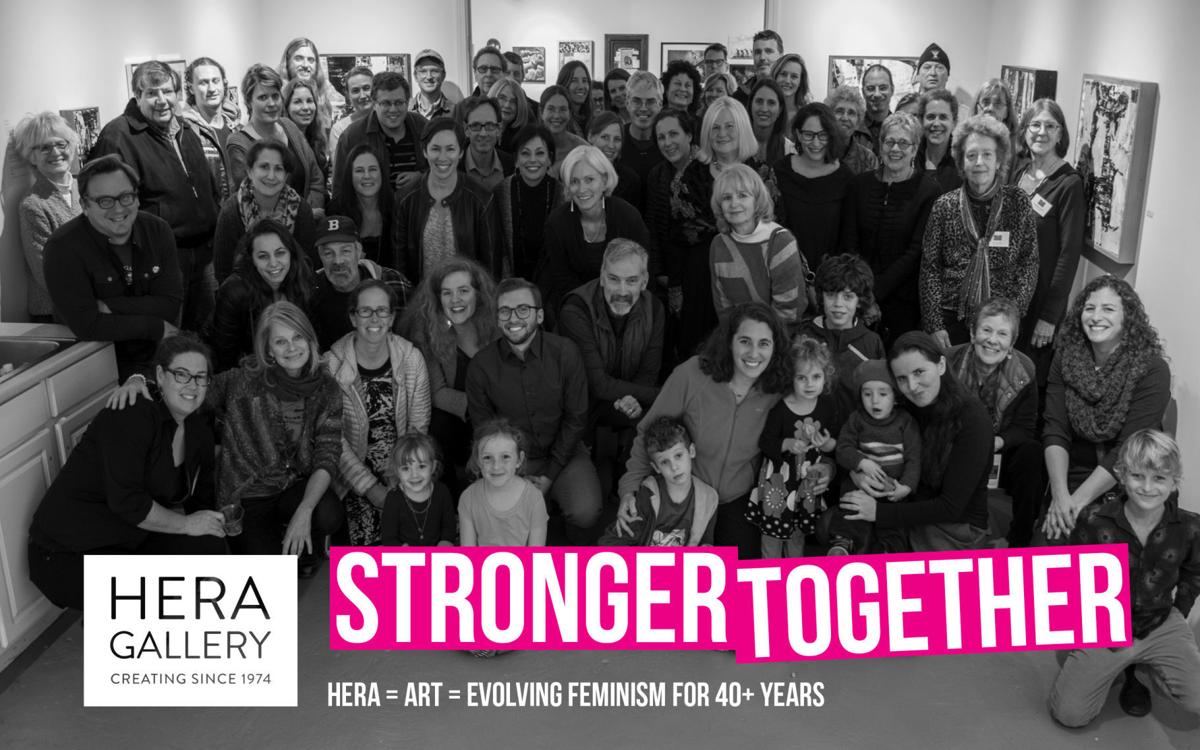 People gather for a "Stronger Together" photo during Hera Gallery's opening for "Guilty By association" Nov. 20 in Wakefield. 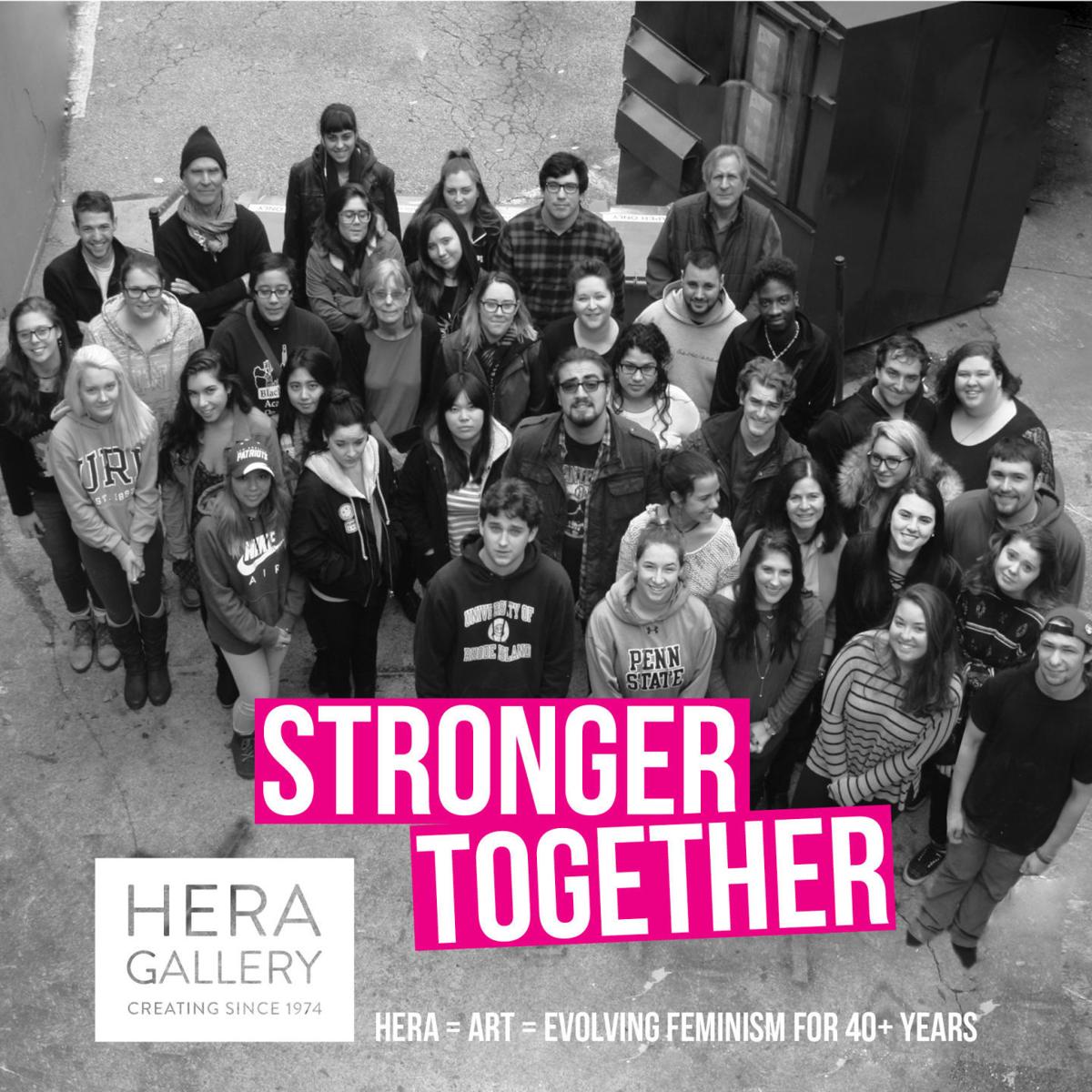 People gather for a "Stronger Together" photo on Nov. 18.

members of Hera Gallery gather for a group photo, originally posted on Facebook Nov. 11, to show that "in the face of uncertain times, fear, and division, we must remember that we are stronger together."

Members of Hera Gallery gather for a group photo, originally posted on Facebook Nov. 3. The photos are part of a new project by gallery members to illustrate solidarity.

People gather for a "Stronger Together" photo during Hera Gallery's opening for "Guilty By association" Nov. 20 in Wakefield.

People gather for a "Stronger Together" photo on Nov. 18.

Knowledge is power. And tapping into that power is a form of activism.

Or so believe the members of Hera Gallery in Wakefield, where a new “Creating Together” lecture series has been launched in wake of the presidential election. Two members in particular, Mara Trachtenberg and Jocelyn Foye, felt called to action as the results came in the night of Nov. 8.

“I called Jocelyn and said I need to do something,” Trachtenberg said.

So far, the series has two confirmed lecturers: Michael T. Doyle of the Immigration Advocacy & Support Center in New London, Connecticut, who spoke on the human issue of immigration Tuesday evening; and Craig R. O’Connor, the director of public policy and government relations for Planned Parenthood of Southern New England, who will speak this coming Tuesday at 6:30 p.m. about reproductive rights. At press time, conversations were underway with a representative from the ACLU, and other areas of focus include environmental protection and LGBTQ rights.

Hera has a long history of connecting activism and art. Founded in 1974, it’s the fifth oldest woman founded project art space in the country. Men started becoming members in the early 1980s.

What makes the gallery unique, said Trachtenberg, is that it has been in continuous use since its founding (although in various locations), is in a non-urban area, and maintains its tradition of societal critique.

Foye, who moved to the area a year ago from Los Angeles, said she is helping the gallery enter a new era, one with more advocacy and action, and a focus on bigger projects. She also said because people in Rhode Island are less prone to hop in their car and drive 40 minutes to an event, it’s especially important to host events in South County, and to create an opportunity for conversation within the community where Hera resides.

“Many people in our community are juggling working, raising kids … juggling childcare ... [they] want to [take] action but don’t have the time to travel to Providence,” Trachtenberg said.

“We are bringing it here because it’s hard to get [elsewhere],” Foye said.

“[And] we’re trying to bring that activism here in a way that is informed,” Trachtenberg added.

Both women said the lecture series is in direct response to the “we want to do something, but don’t know what we can do” language that has been appearing on social media feeds in the wake of the election, namely people wondering how they can address some of the divisive opinions that have been cast under a spotlight, and what they can do to help protect causes they believe in and perceive as threatened.

Foye said the gallery is not operating under a Democratic Party agenda, but that they are bringing in speakers from organizations that “people are panicking about,” like Planned Parenthood.

“For us as artists, we understand what it takes to create something,” said Trachtenberg, explaining that creating starts with research, and that the lectures will provide a way for members of the public to come and do their research on various issues, be it immigration or reproductive rights. That way, people can hear facts straight from the source, and then make an informed opinion about the information presented to them. Foye pointed out that this also helps to quell any concerns people may have about the sources and reliability of the information inundating their social media newsfeeds.

All of the lectures will be live-streamed on Hera’s Facebook page, which will allow for the conversation to extend beyond South County. Foye has ties on the West Coast, and expects several friends in California to tune in. The live stream is also meant to make the information accessible to those with conflicting work or family schedules, or for those who aren’t comfortable publicly attending the lectures, although both women stressed that Hera is a safe space for all.

“The heart of the series is to make activism available to the community,” Trachtenberg said.

Admission to the series is free, but a donation is encouraged, with funds from each evening going to the organization featured. A bake sale will be held at each event, with that money also going to the featured group. Attendees are encouraged to bring children, and there will be an area where they can create art.

The lectures are expected to last 30 minutes, followed by a 30-minute Q-and-A period. The gallery’s Facebook page is the best way to get updates about the series.

Members of the community are encouraged to become involved in the series, and the best way to get in touch with gallery members is through Hera's website, heragallery.org, or by calling the gallery at 789-1488.

“I’m a firm believer that raising good kids is activism, making good art is activism,” Trachtenberg said. “[We’re] trying to inspire people, people who have concerns, [so they can] create informed action.” She said that if just one person comes away from the series feeling empowered to make a difference, then her and Foye’s efforts are not for naught.

Creating Together Lecture Series: Reproductive Freedom At Risk In the Age of Trump