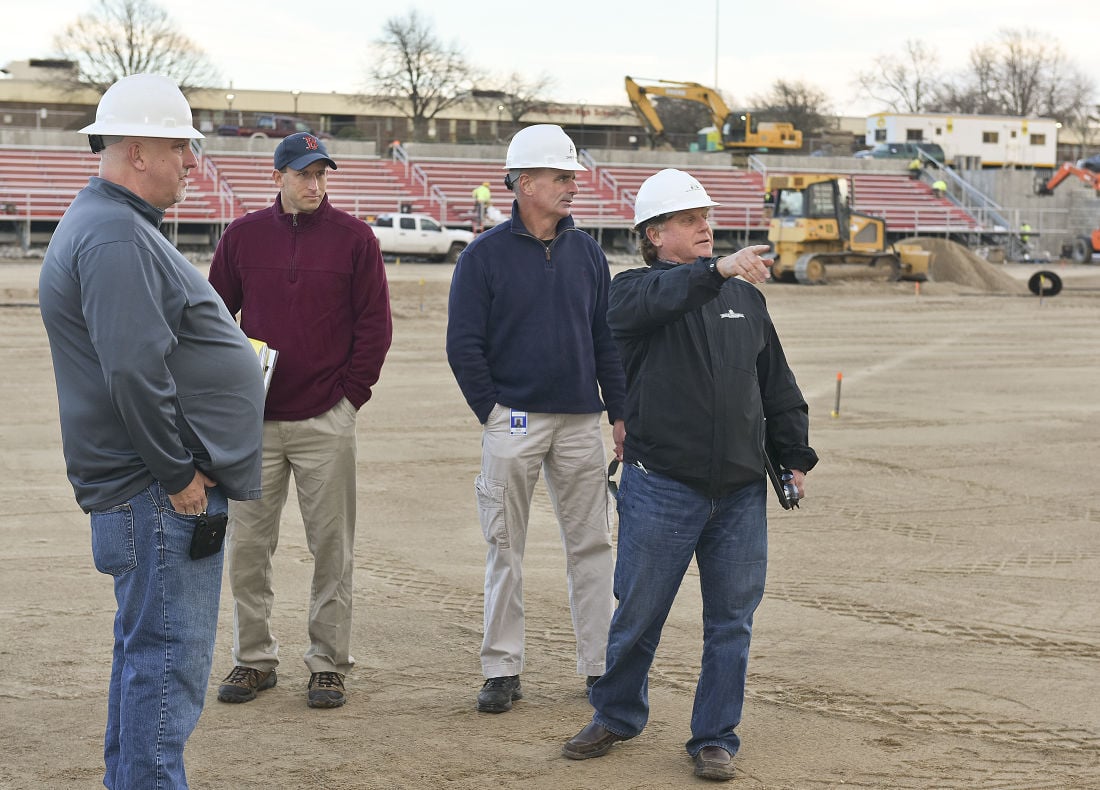 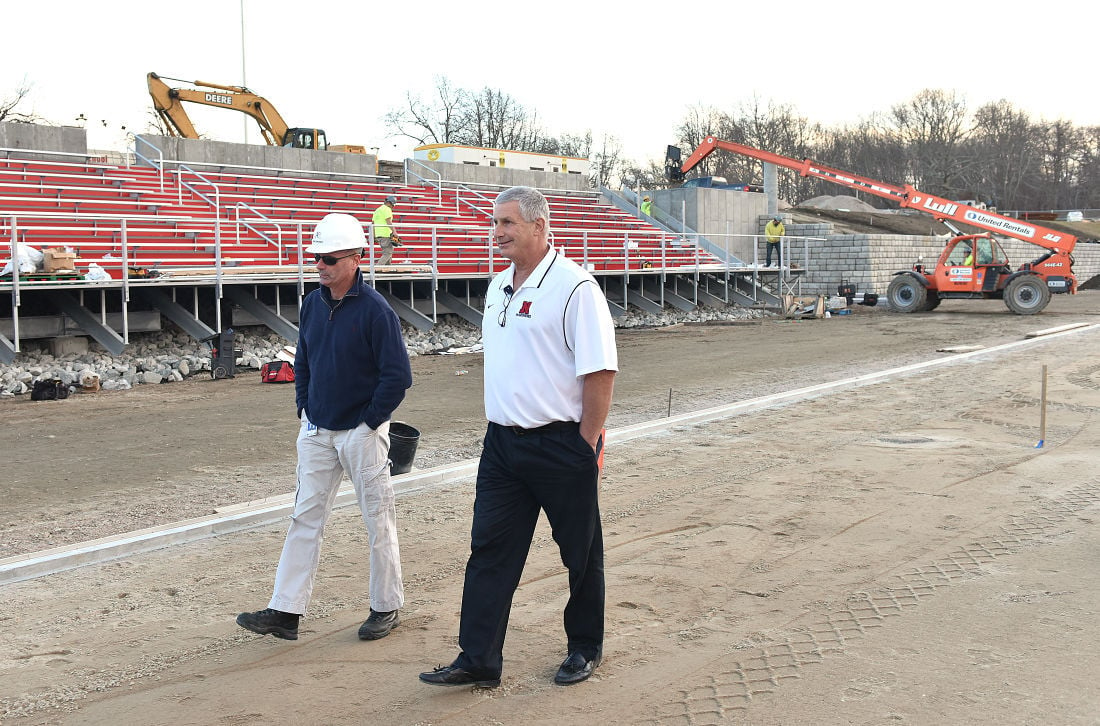 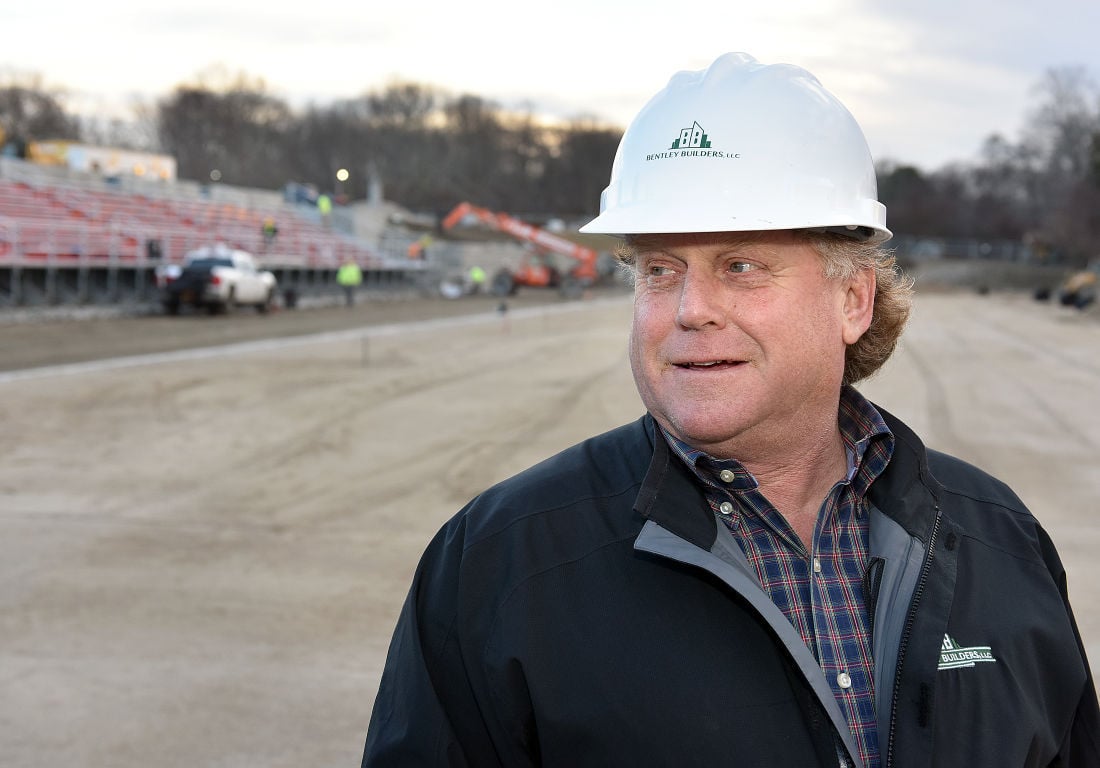 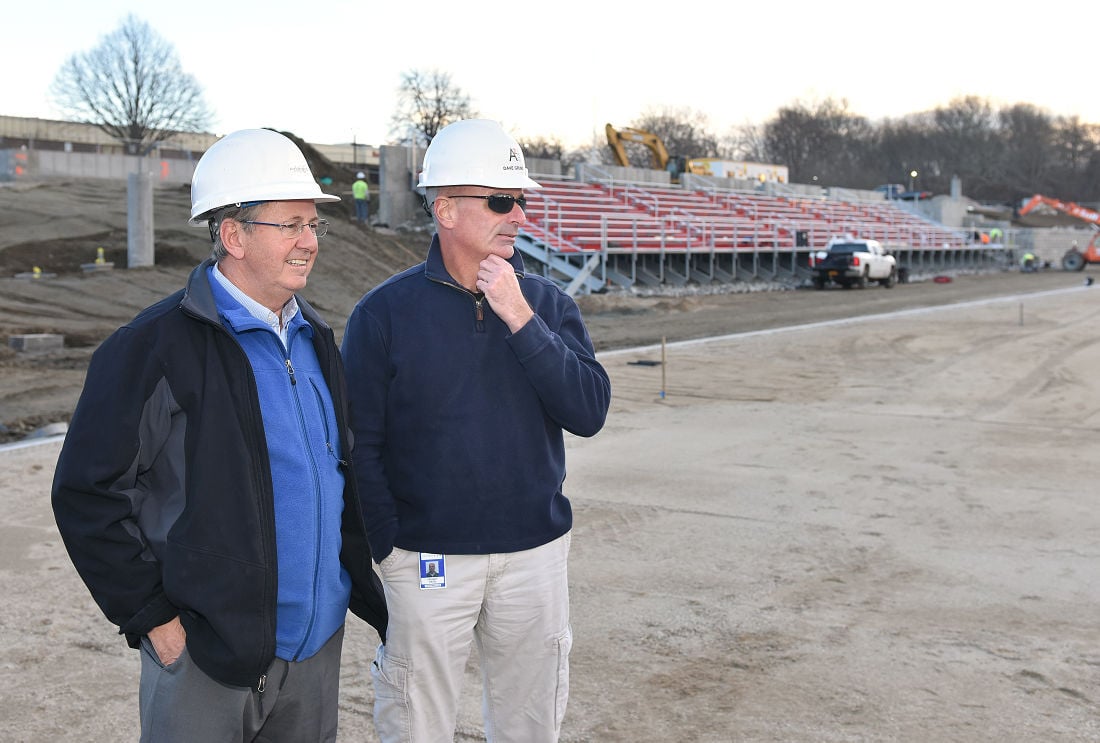 Members of the Narragansett Community Athletic Complex Building Committee had positive reactions during a walking tour of the construction site Monday afternoon. The majority of the foundation work for the track and field is complete, and the bleachers have been installed.

The tour was informal, with Sean Boyd of project engineering firm Gale Associates, Tom Leasca of Bentley Builders LLC and Glenn Ahlborg of Ahlborg Construction serving as the guides.

“It’s starting to look like something, isn’t it?” asked committee member Chuck Carberry, as he stood in the field area.

According to a milestone schedule distributed by Bentley and Ahlborg, in the next week, the restroom, press box and concession foundations will be completed, the light towers and laser grading installed, and artificial turf will begin to be installed on the field. Another site walk is tentatively scheduled for Dec. 18 at 2 p.m. to check the progress of the turf being laid down.

Following the walk, a regular meeting of the Building Committee was held in the high school’s Media Center. Boyd and Ahlborg said they were about four to seven days behind on some aspects of construction, but did not anticipate an issue finishing the work, thanks to good weather so far.

“As everybody can see, there’s road construction going on everywhere, so they’re hurrying to get as much done like we are here,” Ahlborg said, adding that in January, February and March, they would still do interior work on the restroom, press box and concessions buildings.

“We expect everything to be in good shape well before April 1,” he said. “Those bleachers as well as the field and the track, you should be able to start using this winter without a problem.”

David Correira, school department supervisor of transportation and grounds, asked if a certificate of occupancy would be granted for the field and bleachers if the track wasn’t finished. The district hopes to host early spring lacrosse games, before the track surfacing is completed the first week of May.

“It’s kind of a gray area, because technically the track and field doesn’t need a sign off,” Boyd said. “Say there’s a good spring and the field is open and ready to use April 1. I don’t see any issue with using the surface until they’re ready to go.”

The next meeting of the Building Committee was set for Jan. 11 at 3 p.m. The main agenda item, outside of ongoing construction updates, will be picking a color scheme and design for the complex’s scoreboard.