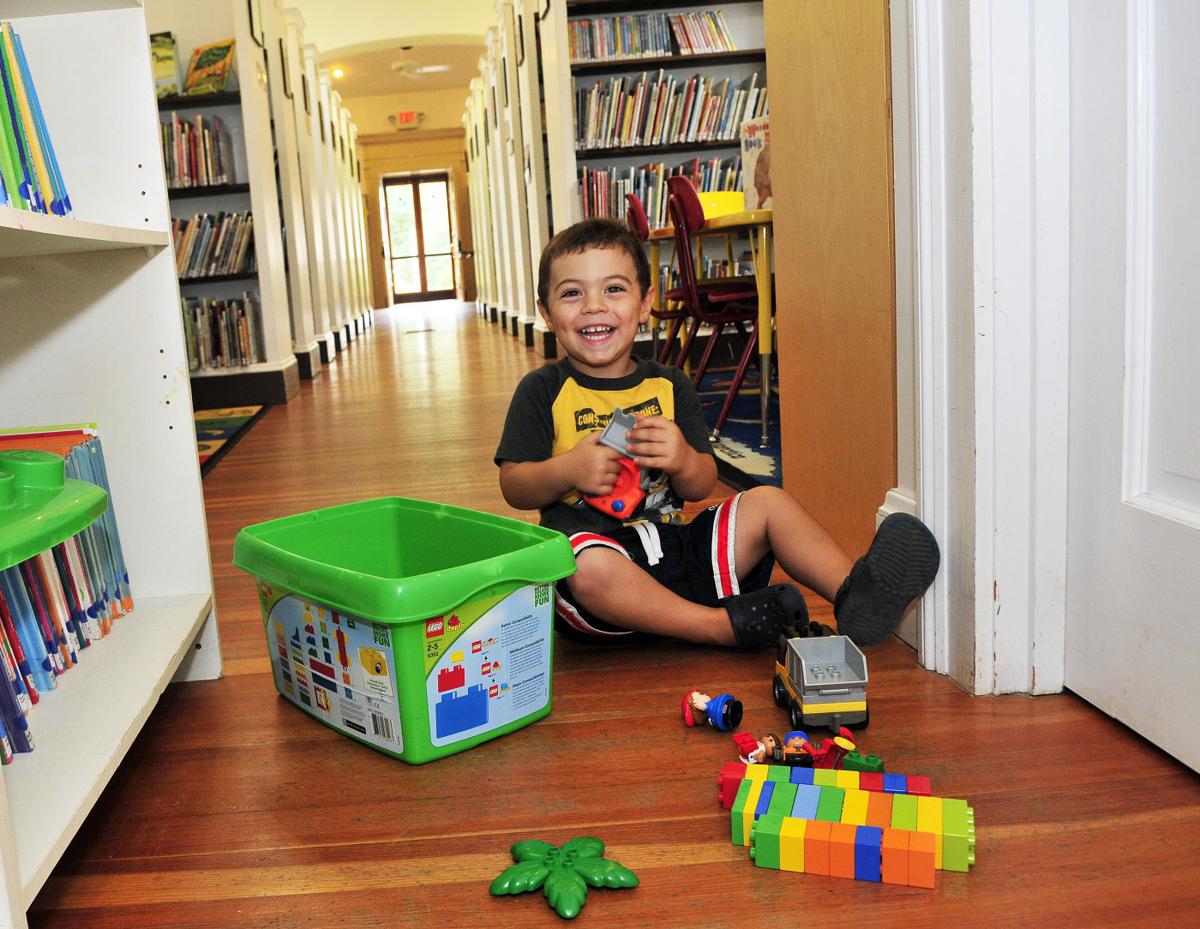 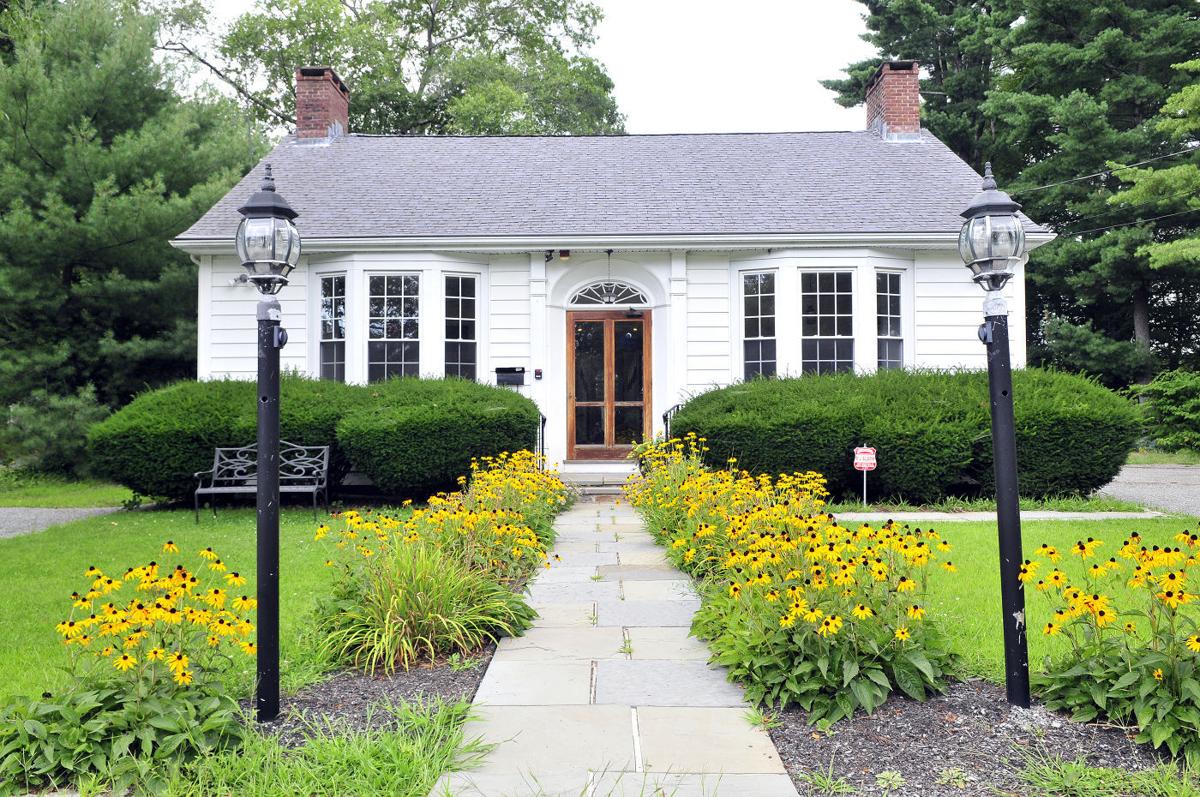 Editor's Note: Check It Out! is a summer series chronicling the unique personalities of our area public libraries.

Located in a charming 91-year-old building in the northern end of North Kingstown, the Davisville Free Library is more than just a library – it’s a testament to the power of the community’s residents when they come together with the common goal of making their town a better place.

In the early 1900s, the residents of Davisville saw the need for a library in their section of town and began a collective effort to bring their idea to fruition by soliciting donations and holding fundraisers. Although separated by roughly eight decades, a different group of residents would do the same thing to save and reopen the library 80 years later.

The 2,500-square-foot building at 481 Davisville Road officially opened in December 1924, after the $6,000 needed for construction was raised. The library served the community for generations before closing its doors in 1996 due to an aging collection and a steep drop off in usage.

It sat vacant for three years and faced an uncertain future until area residents – many of whom were patrons of the library as children – banded together to explore ways to save the building and the library.

Volunteers eventually accumulated more than $50,000 that was used to build an addition, purchase new windows, replace electrical wiring and fixtures and install a new heating and air conditioning system. The interior of the building also was repainted and its oak floor was refinished.

An open house was held in March 1999, and the library reopened for business two days later.

The first things patrons will notice when they walk through the library doors is the amount of natural light that fills the room through the over-sized windows and skylights. The second feature is the building’s original fireplace – one of the few functioning library fireplaces in the state.

Sarah Ornstein has been the library director for the last 11 years, and said the historic charm of the building is one of the library’s biggest assets.

“As a small library, we aim to be inviting,” she said during a tour of the library Monday afternoon. “The charming building is certainly a big part of what makes this library special. That, and the location. I think it’s important to have a library in this end of town, I really do.”

According to author George Loxton’s book “Davisville, R.I.: The History of the Mill Village,” the library’s origins can be traced back to 1910s when school teacher Isabelle Gillespie lobbied for a reading room on the lower floor of the Pine Grove Hall on Grove Avenue. Furnishings for the room were purchased in 1913 from the John M. Dean Co. of Providence and included comforters, rockers, tables and chairs.

The first two books for the library were two farm manuals purchased for $2.18, and the collection soon expanded.

“On Jan. 19, 1916, more than 80 people attended the opening of the new Reading Room in Pine Grove Hall under the auspices of the Davisville Improvement Association,” Loxton wrote in his book. “A large bookcase was then under construction to house the nearly 300 books that had been collected by ‘the ladies,’ in addition to magazines and games. The Reading Room was to be open Wednesday afternoons, as well as Wednesday and Thursday evenings for social gatherings, entertainment, and the ‘exchange of books.’”

As usage of the library grew, the Davisville Free Library Association was formed with the goal of establishing a new library building. The land where the library sits today was donated by the Dyer family in 1921, but construction of the building would not take place for another three years as the community continued to raise money.

Large donations toward the project were made by Hettie and Mary Davis (in memory of their father, James M. Davis) and by Jeffrey Davis, and the library was opened in December 1924. Pictures of both James and Jeffrey Davis still hang in the library.

The library also serves as a gathering spot for various community groups such as the Girl and Boy Scouts, the Concerned Citizens of Davisville and the North Kingstown Arts Council.

Programs held at the library include story hour, chess, Legos, movie night and tech night. Ornstein recently held “superhero training camp” as part of the summer reading program, and an obstacle course was set up outside on the library’s grounds.

“This has been a very busy summer for us,” she said. “It’s been one of the busiest that I can remember in a long time.”

Along with programs at the library, Ornstein works closely with families and staff at Kingstown Crossings, the affordable housing complex off Devils Foot Road. She holds summer reading classes at the facility, and oftentimes, children who live in the complex are bused to the library for various programs.

“It’s great,” Ornstein said. “It’s nice for them [and] it’s nice for us. It’s been a great partnership.”

When Kingston Free Library first made the transition from a courthouse to a library in the late 1800s, residents considered it “their” library, reflective of the community’s needs and personality. This has not changed.