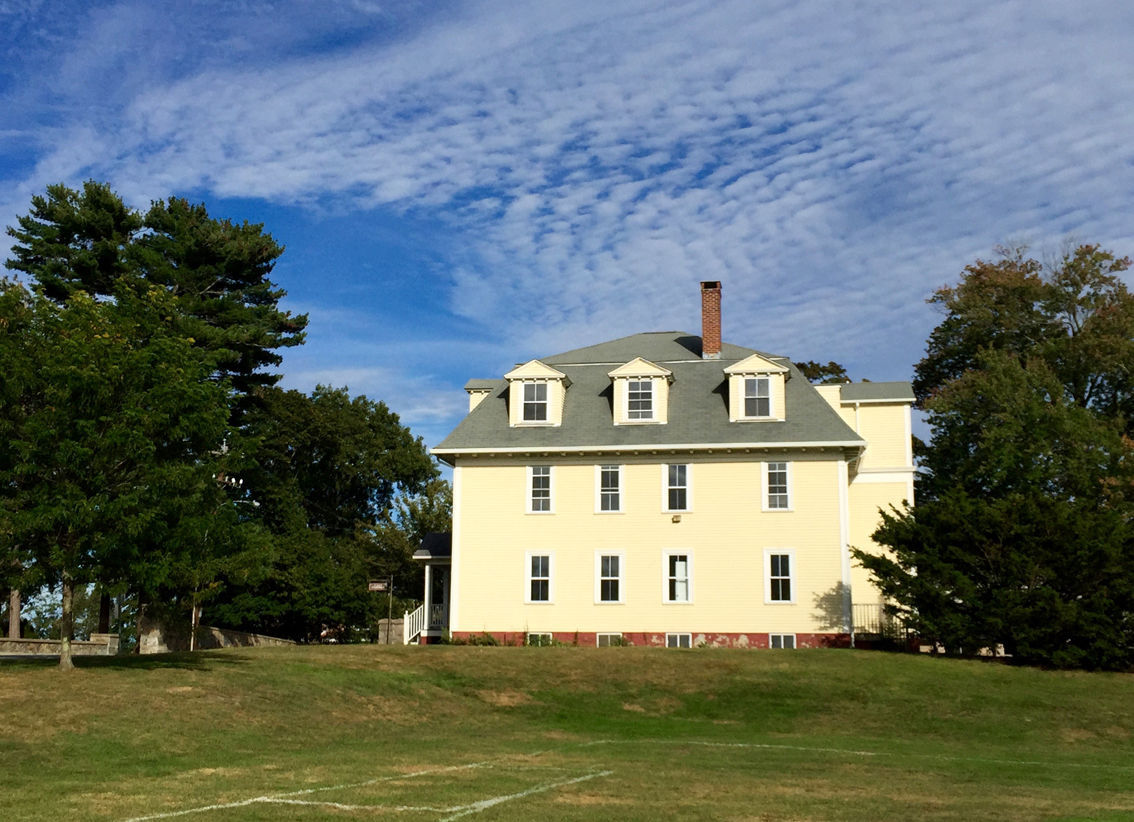 The former Olney House, 60 Church St., East Greenwich, has been the planned site of the Academy Science Center for more than a decade. 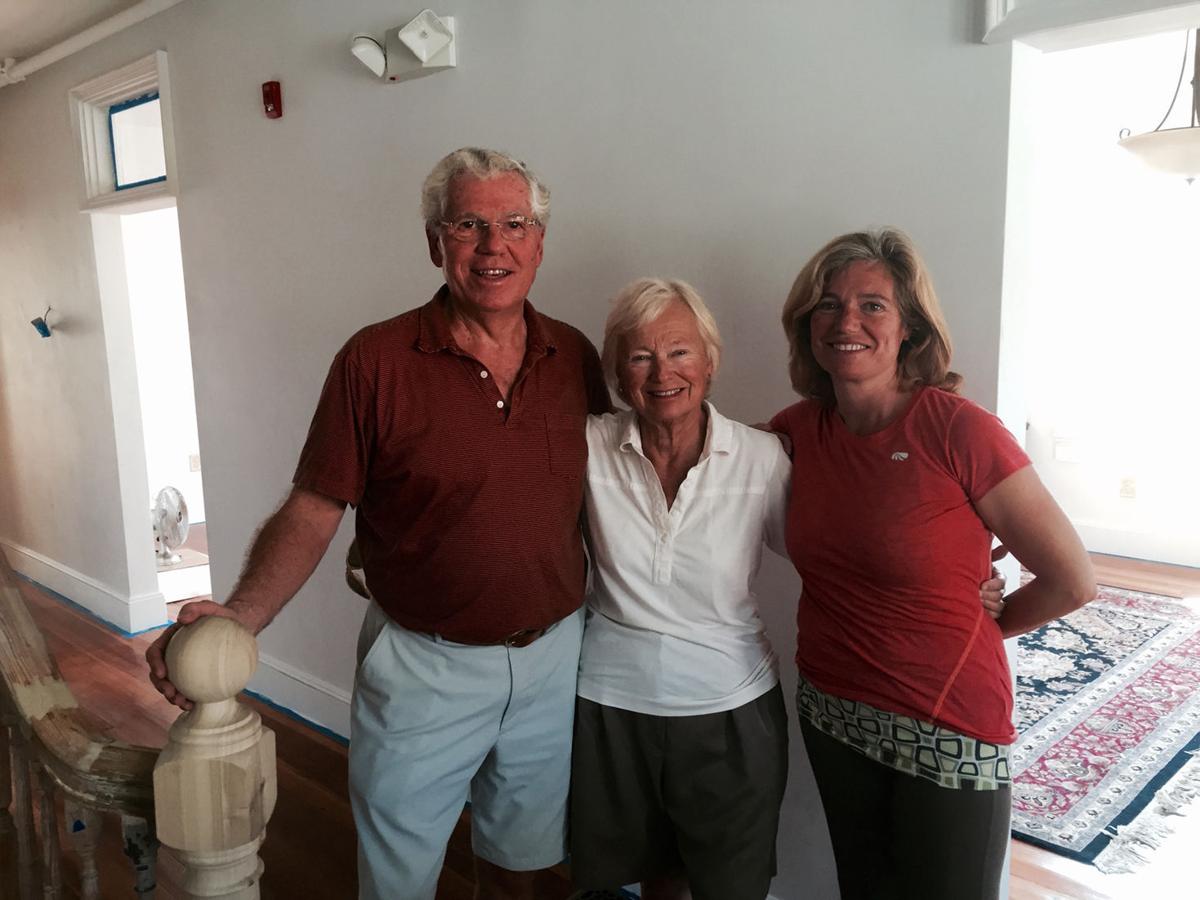 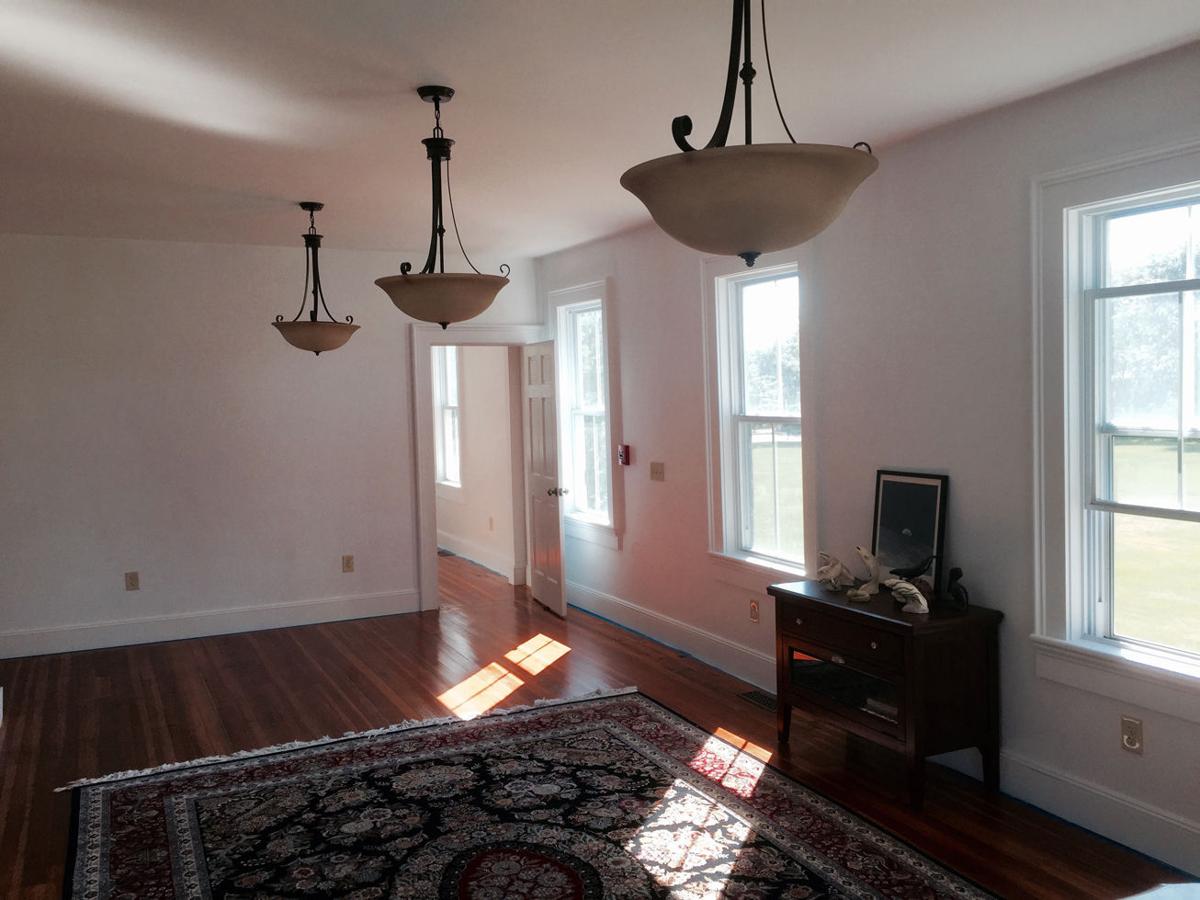 The future Resource Room of the Academy Science Center, shown above, is one of the spaces in the building's refurbished first floor.

The former Olney House, 60 Church St., East Greenwich, has been the planned site of the Academy Science Center for more than a decade.

The future Resource Room of the Academy Science Center, shown above, is one of the spaces in the building's refurbished first floor.

Restoration of the Olney House on Church Street in East Greenwich appears to be nearing completion, bringing the creation of the long-heralded Academy Science Center closer to reality.

The historic house at 60 Church St. at the edge of Academy Field – one of the last East Greenwich Academy buildings still standing – was saved from destruction in 1999 by former Gov. Donald Carcieri and his wife, Suzanne, but sat lifeless until about two years ago.

“We’re right on the cusp here,” Donald Carcieri said during a tour of the first floor last week.

There’s still painting to be done, sprinkler heads to be installed and finishing touches needed on the fire alarm system, but with area rugs and some furniture in the rooms, the Olney House suddenly looks like a place for children to visit, experiment with science and learn.

That has been the Carcieris’ dream for 16 years.

The Olney House was built as a boys dormitory for the East Greenwich Academy in 1897. Originally known as North Cottage, the name changed to Olney Cottage by 1905. The academy closed in 1943 and the town purchased the school property, including Olney Cottage.

Today, just the Olney House, Swift Community Center and Rose Cottage (a private residence on Peirce Street) are all that remain of the academy. But while Swift and Rose Cottage were easily repurposed, Olney House languished, used for storage by the town.

By the late 1990s, the building was in disrepair and the Town Council talked of tearing it down at a cost of $18,000. That’s when the Carcieris decided to take over the building and turn it into a science center. Suzanne Carcieri graduated with a degree in biology from the University of Rhode Island in 1965, and taught science for years.

They created the nonprofit Academy Science Center Inc., and agreed to lease the building from the town for 99 years – at a cost of $1 per year – in 1999. The agreement stipulated that the center could not be sold commercially, and would have to be sold or returned to the town in the event the nonprofit dissolved.

After Carcieri was elected governor in 2002, he and Suzanne put the Academy Science Center on hold. Carcieri served as governor from January 2003 to January 2011. In 2010, the center’s nonprofit status lapsed due to inactivity and the town began assessing property taxes on the building.

Nonprofit status was eventually restored, and the town took the building off its tax sale list and rescinded the tax bills. Early last year, Gov. Carcieri said the center would open in the summer of 2014, and later announced its opening this spring, as work continued slowly.

Work on the exterior had been done early on to protect the structure and keep it looking presentable, Carcieri said. After 2012, work began on the interior, which was gutted. Restoring it was a big job, but bringing it up to code for a public building in the 2000s was an additional costly hurdle.

“You could have gutted it and made it modern, but you were trying to keep the integrity of the historical structure,” said Allison Carcieri-Cassidy, one of the Carcieris’ daughters and a member of the science center board. “That’s so much harder and so much more expensive and takes so much more time.”

Among the costs, they had to install a 4-inch water main that was required because the building will be a public facility. The building also is equipped with overhead sprinklers and an industrial-strength fire alarm system. The first floor will be handicapped accessible, with a ramp planned for the back of the building.

To maintain its historical appearance, the molding along the floorboards and around the windows and the doors has been replaced, and interior transom windows have been retained. The banister between the first and second floors has been stripped and a replica newel post installed.

Gov. Carcieri estimated they have spent more than $400,000 since 1999, minus $18,000 given by the town that it otherwise would have spent demolishing the structure.

“We feel it is absolutely worth it,” Carcieri said. “Restoring the Olney House for use as a children’s science education center serves a dual purpose. First, it saves an historic building that was part of the East Greenwich Academy, which had a rich academic history in our town and state. Acknowledging and continuing that tradition is important to us. It would have been much easier to find an existing building that required much less renovation, but we feel Olney House is an important part of the town’s history.”

“Second, Sue and I have long been committed to enhancing math and science education,” he continued. “Our hope is that the Academy Science Center will become a significant resource to encourage and inspire young people to pursue an interest in the sciences. Our goal is to supplement the school curriculums and expose young children to the incredible excitement of the scientific world.”

The Carcieris live in Saunderstown, but still consider East Greenwich their home.

The former governor spoke confidently of getting financial support for the science center itself from corporations such as Amgen and IGT (formerly GTECH), as well as anyone willing to donate.

“The hardest thing was when this looked unfinished,” he said. “Now people come in and see this is a real place, this is a real thing. We’re pretty confident. We’re hearing, ‘What do we need to do to help you to get the right kind of equipment?’”

Still, for most people, the science center remains a mystery. To that end, the Carcieris are hoping to hold an open house, possibly this fall, so that people can really start to envision with an Academy Science Center would really be like.

There will be a display room, a room for study, a room for larger groups where videos and movies can be shown and an office. The building has two more, as-yet-unfinished floors. Gov. Carcieri said they have applied for a $65,000 Champlin Foundations grant to complete the second floor. Awards are expected to be announced in November.

Even with that grant, however, the science center will be confined to the first floor until there’s money to install an elevator because of handicapped accessibility issues. The second floor would be used for storage and the East Greenwich Genealogical Society has been given permission to use it to consolidate its collections, which are presently scattered.

As for the third floor, Allison Carcieri-Cassidy said Friday that she dreams of having telescopes up there someday. For now, 16 long years after getting involved, the Carcieris are beginning to see the end mark. For the former governor, it’s about giving back.

“If we can provide a resource for future generations of the town’s children, then we will feel we have in a way thanked the town for all it has given us,” he said.