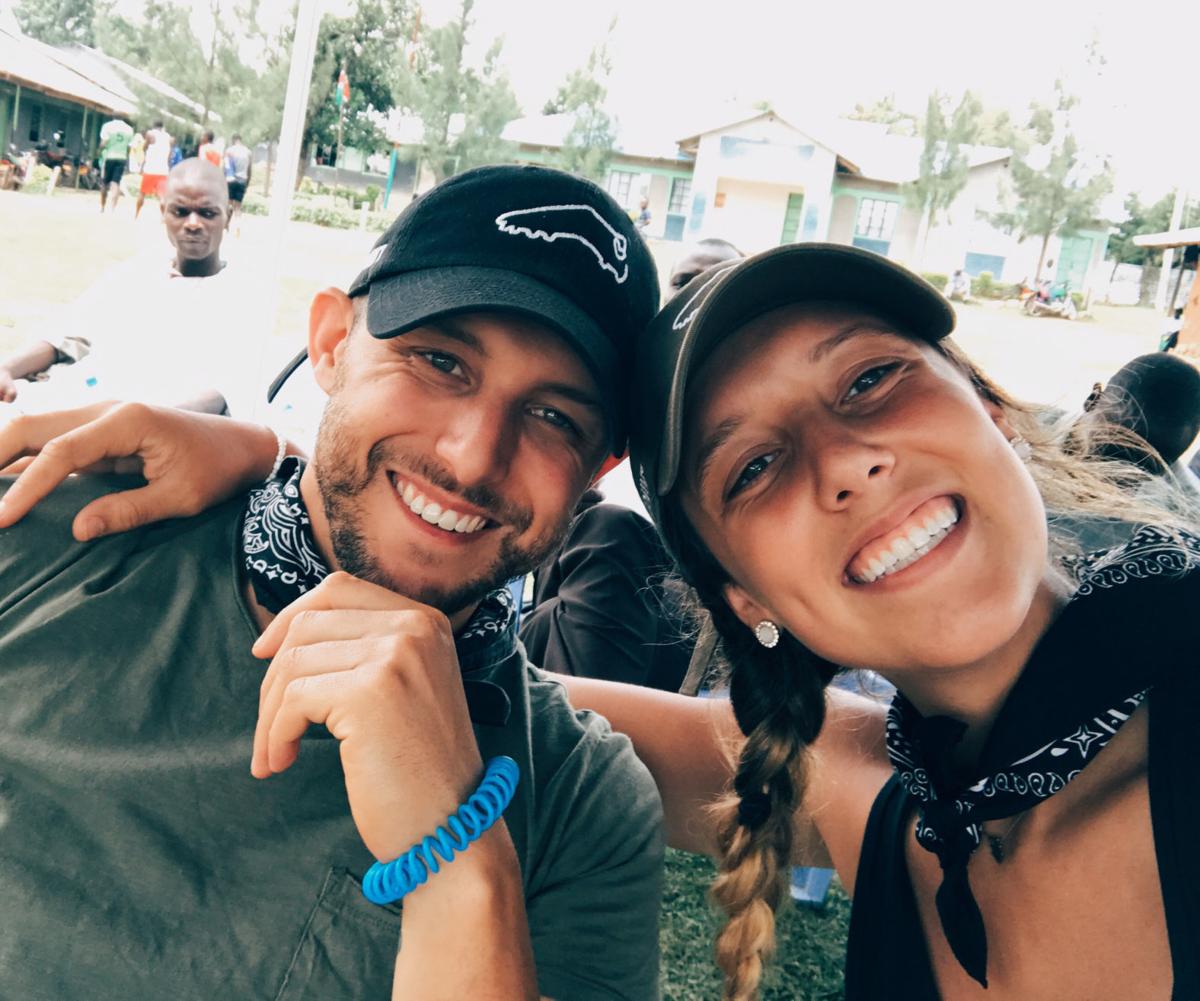 University of Rhode Island senior Taylor Ross, with the help of her brother, Jordan, has founded Crossbar. She started the nonprofit organization Cleats Count two years ago. 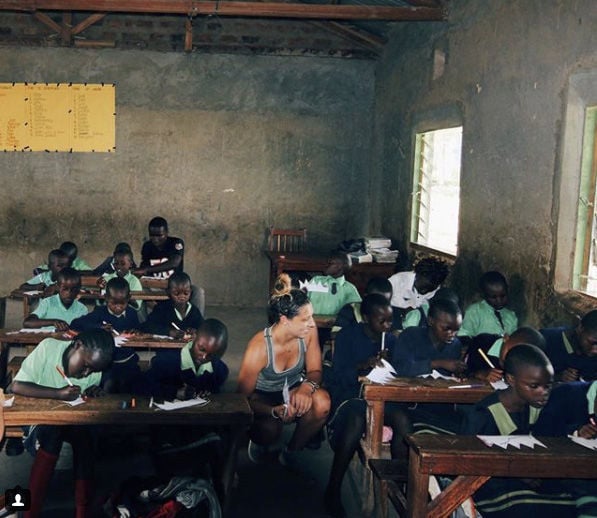 Taylor Ross, a University of Rhode Island senior, teaches students at Tumaini International, a school in Kenya. Below, Ross, a former member of the Rams’ women’s soccer team, plays with the children. 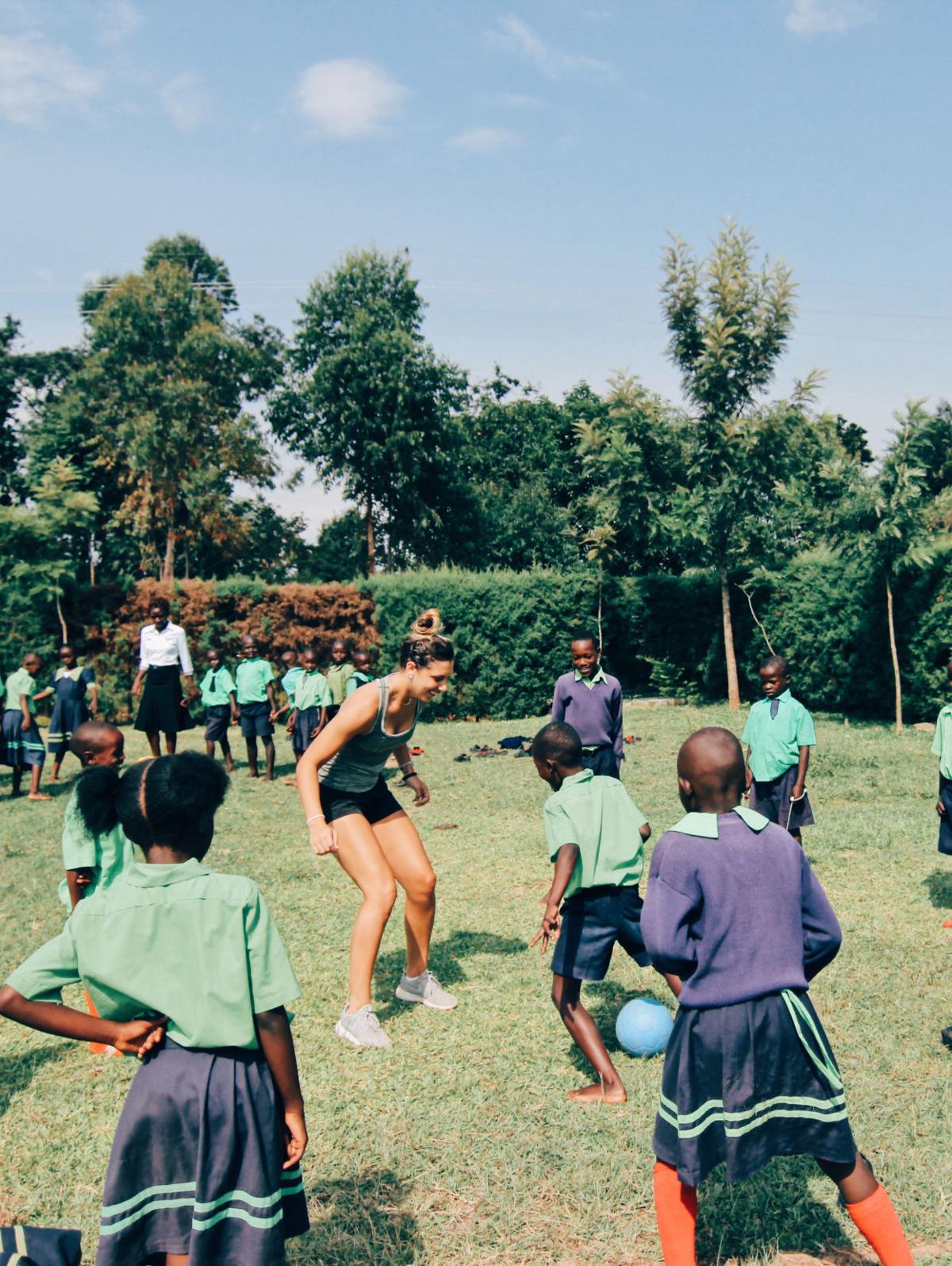 Processed with VSCO with e3 preset

University of Rhode Island senior Taylor Ross, with the help of her brother, Jordan, has founded Crossbar. She started the nonprofit organization Cleats Count two years ago.

Taylor Ross, a University of Rhode Island senior, teaches students at Tumaini International, a school in Kenya. Below, Ross, a former member of the Rams’ women’s soccer team, plays with the children.

Processed with VSCO with e3 preset

She’s off the field now, but the University of Rhode Island senior is still taking her best shots.

Two years after starting Cleats Count, a nonprofit that brought cleats to underprivileged children, Ross is helping launch a company that will turn the sale of soccer goals into funding for school construction projects in the developing world.

The move was sparked by a trip to Kenya, where Ross and her brother, Jordan, saw the need for more than soccer equipment. Crossbar was born.

“It’s been amazing the way everything has come together,” Ross said.

Cleats Count got its start in 2016, as Ross saw a need and decided to do her part. She elicited donations of cleats and other equipment from the local soccer community and made a trip to Ethiopia to deliver them. The return to the states brought another step, as Cleats Count introduced an apparel line and began handing out new cleats. That’s when Ross and her brother went to Kenya, and they realized there was an opportunity to do more. They had been thinking already about getting involved in school construction.

“With this crew, I realized how capable we were of doing things if we just worked at it,” Ross said.

As it happened, they would have their chance. The orphanage and school they visited in Kenya – Tumaini International – had just learned that its building wasn’t up to code. The school would have to shut down without reconstruction.

“Three hundred kids would be out of school,” Ross said.

Ross and her brother played soccer with many of those kids. In a life full of soccer matches, it was one of her more meaningful games.

“Being there for 12 days, meeting them and seeing how awesome they are, it got personal,” Ross said.

Planning began immediately. Ross is a business major and has had a passion for entrepreneurship since an early age. At Burrillville High School, she started an apparel line that she sold to teammates and other soccer players.

Her experience with Cleats Count made her realize how difficult it is to make a nonprofit sustainable. That, combined with her business acumen, charted the course for the Crossbar model. The company will sell goals, and 100 percent of the profits will go toward building schools.

With the pressing need for help in Kenya and the desire to get things moving, Ross and her brother started working immediately and launched a website and IndieGoGo campaign. Jordan lives in Denver, but that didn’t slow them down.

“We FaceTime a lot,” Ross said.

Ross connected with Sportsfield Specialties, a leading manufacturer of soccer goals and other sports equipment. They will team up to produce a line of three types of goals – top-of-the-line stadium goals, training goals and street-soccer goals.

Revenue will go first to expenses like staffing and overhead. Everything else will go directly into school construction.

This month is key for fundraising as Ross seeks startup capital and funding for the first school.

“We have a month where we’re really just going to push it and try to raise the money,” Ross said. “People have been so amazing in supporting us. I’ve got really awesome meetings set up in the next couple of weeks where I think we’ll be able to get this thing off the ground. If we do, I think we’re going to be a game-changer and we’re going to be able to continue to build schools forever.”

Ross is doing all of this in the final months of her time at URI, with a full course load and an internship with the sports information department.

“People say to me, ‘You’re already a full-time student, you’re a full-time Division I athlete, why are you choosing to take this on?’” Ross said. “But I think for me, it was so intertwined with this world I was already living in – I’m in the college of business, I play soccer – it’s already all there for me.

“And I love it so much, it didn’t seem like work.”

The desire to turn that love into action has driven everything.

“When you’re here in America, especially being a college athlete, the appreciation isn’t always there for it,” Ross said. “When you get to experience it in other countries – how big a deal it is, how much it affects them positively and how much they love it – it’s so refreshing.”

Anyone interested in helping the cause can visit crossbar.life.

“We just need people to believe in us,” Ross said. “Once we raise the money for the first school, I think it’ll take off.”