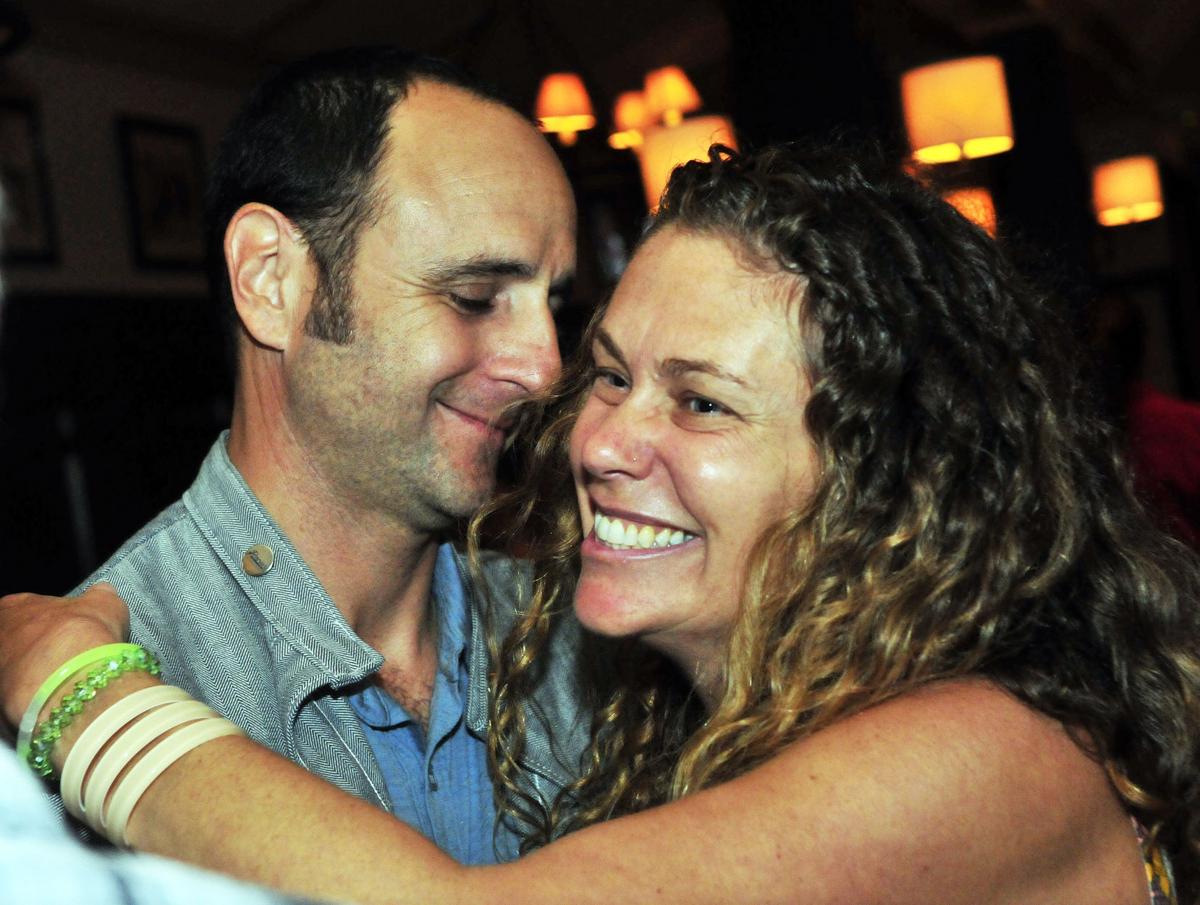 Rep. Teresa Tanzi (D-34) of Narragansett and South Kingstown hugs her husband, Dr. Eric Buchbaum, at Trio restaurant after learning that she survived a Sept. 13 primary election in this 2016 file photo. 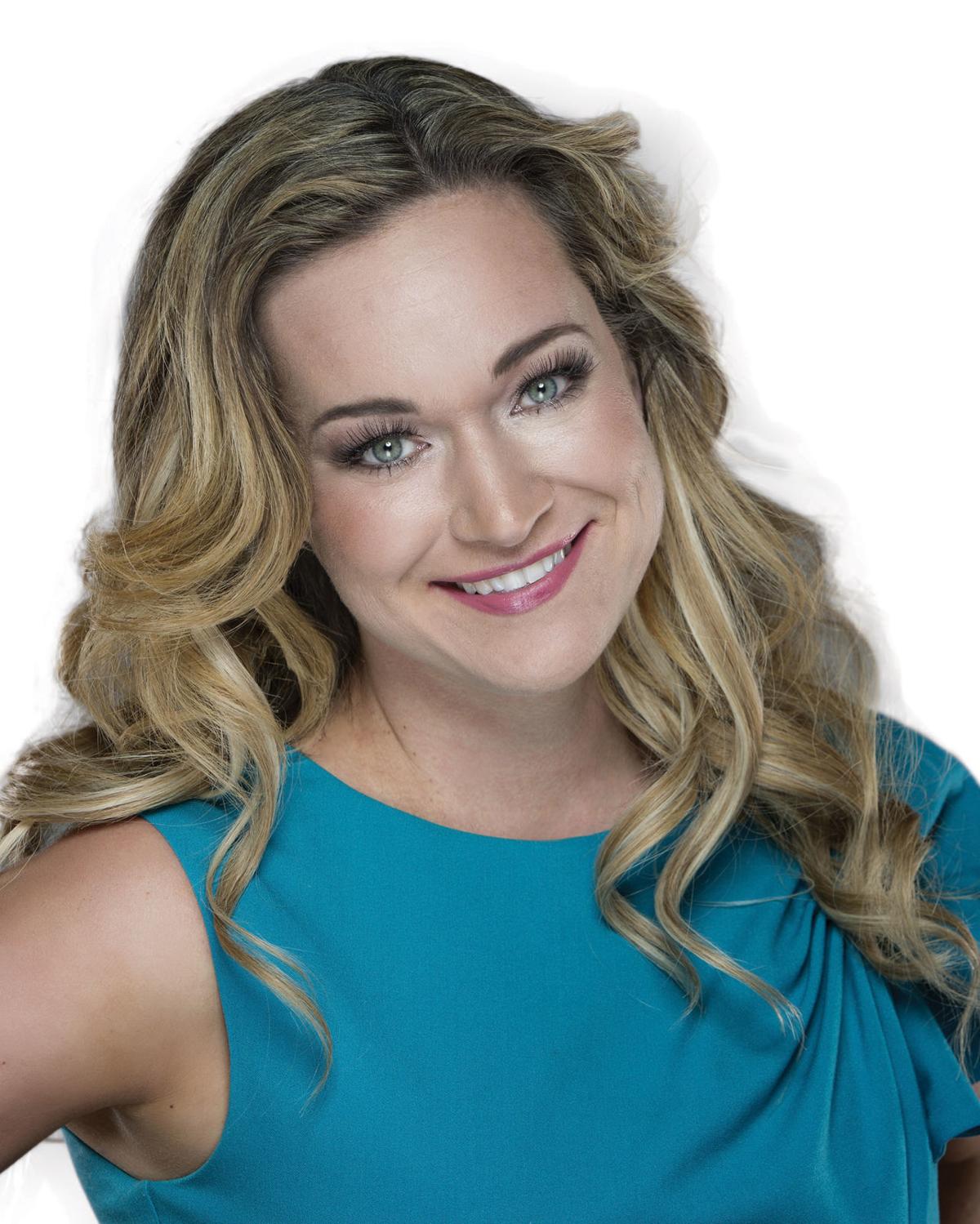 Rep. Teresa Tanzi (D-34) of Narragansett and South Kingstown hugs her husband, Dr. Eric Buchbaum, at Trio restaurant after learning that she survived a Sept. 13 primary election in this 2016 file photo.

Voters in Rhode Island House of Representatives District 34 will recognize familiar names on the ballot this year, although in the case of one of the candidates, the party label has changed.

Democratic state Rep. Teresa Tanzi, who has served the district representing parts of South Kingstown and Narragansett since 2010, is facing a new challenge from Ewa Dzwierzynski, who ran for the seat as a Democrat in the 2016 primary and is running as an independent this year.

Dzwierzynski, a resident of Narragansett, is a pharmacist by profession with experience working in leadership roles for local hospitals and the military. She has also served as an adjunct faculty member at the University of Rhode Island.

Dzwierzynski said she chose to run as an independent candidate this year in an effort to appeal to a broader swath of voters. Many Rhode Islanders across the political spectrum, she said, believe the state is moving in the wrong direction.

“I am running as an independent so that all of the voters, not just Democratic primary voters, will have a choice of who represents our community at the Statehouse,” she said. “Our toughest problems require cooperation on both sides of the aisle, and as an independent, I will be a bridge to unite diverse standpoints on traditionally partisan issues.”

Dzwierzynski said she has spoken with many small business owners in the district who have raised concerns over “burdensome regulations” that hinder the state’s economic climate.

“Small businesses are the backbone to families and the community,” she said. “Small businesses are continually being targeted by legislation that makes it harder for businesses to do business in Rhode Island. As a state that hugely depends on its small-business community for virtually all its economic development and over 50 percent of its jobs, Rhode Island needs to be a place that actively accommodates healthy economic growth and rewards its business owners.”

If elected, Dzwierzynski said she would “determine what is best for the state, based on analysis, not emotion.” She spoke of promoting health care affordability and accessibility as a top priority, alongside steps to improve the business climate.

“We have the consistent and rapid failure of the health care system in the state,” she said. “Lowering health care costs and access would help all families in this state. Our crisis of drug addiction and behavioral illnesses is growing at an unprecedented rate, but these people in need of proper health facilities are getting little or no treatment.”

Tanzi also spoke of her efforts related to health care, and cited South County Hospital as a resource that must be protected.

“I want to continue to safeguard our community hospital, which is the last one in the state that’s independent,” she said. “I want to make sure our independent hospital has the resources it needs and continue to improve the system of behavioral health delivery, because we are severely lacking.”

Tanzi noted that she recently received the Charles Hachadorian Jr. Award from the Rhode Island Pharmacists Association, an honor given annually to a non-pharmacist. The group lauded Tanzi for her sponsorship of legislation to prohibit so-called “gag clauses” in pharmacy benefit manager contracts. Those clauses prohibit pharmacists from sharing information with consumers about less costly or alternative prescription options.

“There was not only a cheaper way to obtain a particular medicine that a young constituent of mine needed for Lyme disease, but they also had them get a less effective medicine,” Tanzi said of her support for the legislation. “They told the mom of this little boy he needed one particular drug for $400 when there was actually a more effective version of it for $7. That was the straw that broke the camel’s back for me, not having the pharmacist be able to tell them that, when it was a hardship for their family.”

Tanzi said through her service on the House Finance and Small Business committees, she has focused on “safeguarding the limited resources Rhode Island has for economic development.”

She also spoke of efforts to strengthen laws related to sexual harassment. She co-sponsored legislation to create a legislative study commission on the issue, and while the panel made a number of recommendations, none were acted upon before the General Assembly’s session concluded.

Tanzi, at the time, said she was “disappointed” and “disgusted” with the lack of action from legislative leaders. She said given the current climate in the nation’s capital, Rhode Island must take action to ensure its values and the rights of its citizens are protected.

“I think people want to know that if the [federal government] starts saying, ‘We’re going to send everything back to the states,’ they want to understand that those types of safeguards are in place,” she said.

Among other accomplishments during her tenure, Tanzi pointed to the development of bicycle- and pedestrian-friendly community infrastructure, the increased availability of multi-modal transit options for commuters and improved prevention measures aimed at curbing teen tobacco and nicotine addiction.

“I am continuing to work on a number of pieces of legislation around that,” she said. “These things take time and I’ve been able to implement some portions of the regulations, but there’s still a lot more to be done.”

Have you or your family been personally affected by the opioid epidemic in Rhode Island?

The Rhode Island Department of Health (RIDOH) and the Rhode Island Department of Behavioral Healthcare, Developmental Disabilities and Hospitals (BHDDH) issued an alert this week to warn residents of an increase in opioid overdose activity throughout the state. The alert comes on the heels of the state recording 48 reports of opioid overdoses from hospital emergency departments from September 12-18. Have you or your family been personally affected by the opioid epidemic in Rhode Island? Let us know in this week's poll question below.