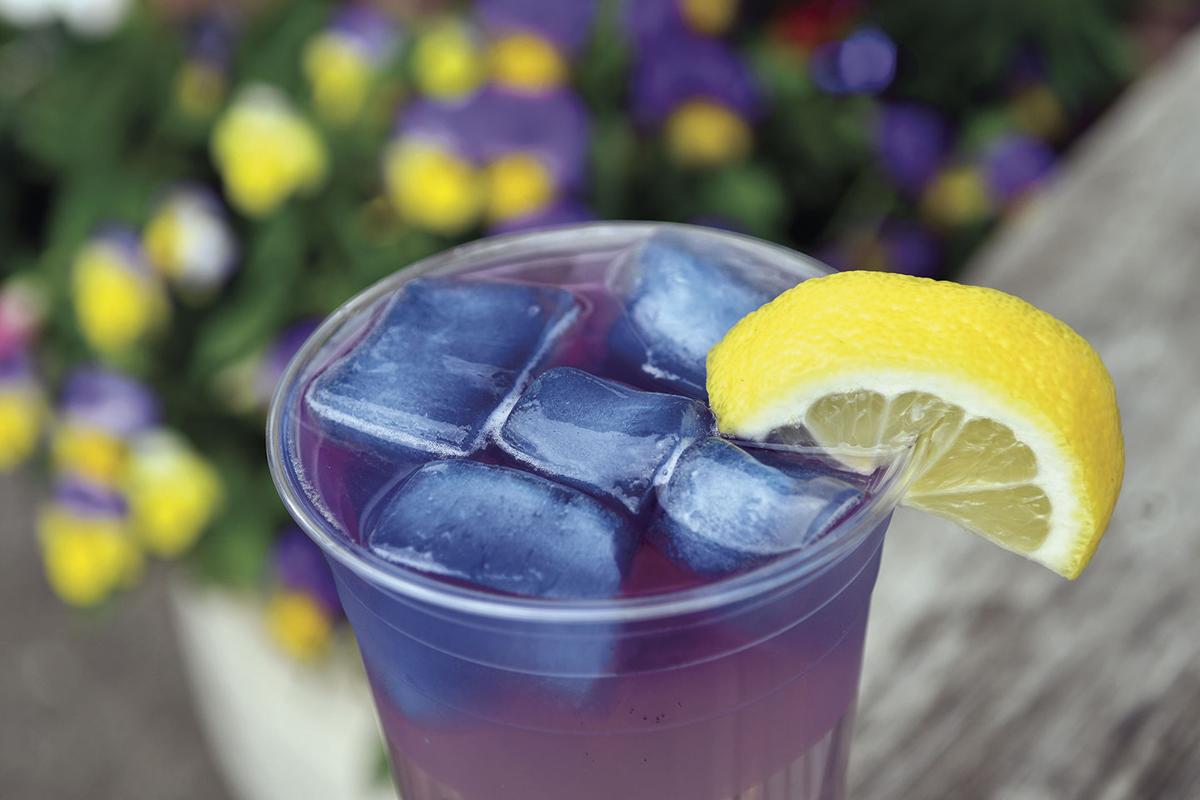 The "Mermaid Lemonade" offered at Junk & Java in Westerly. 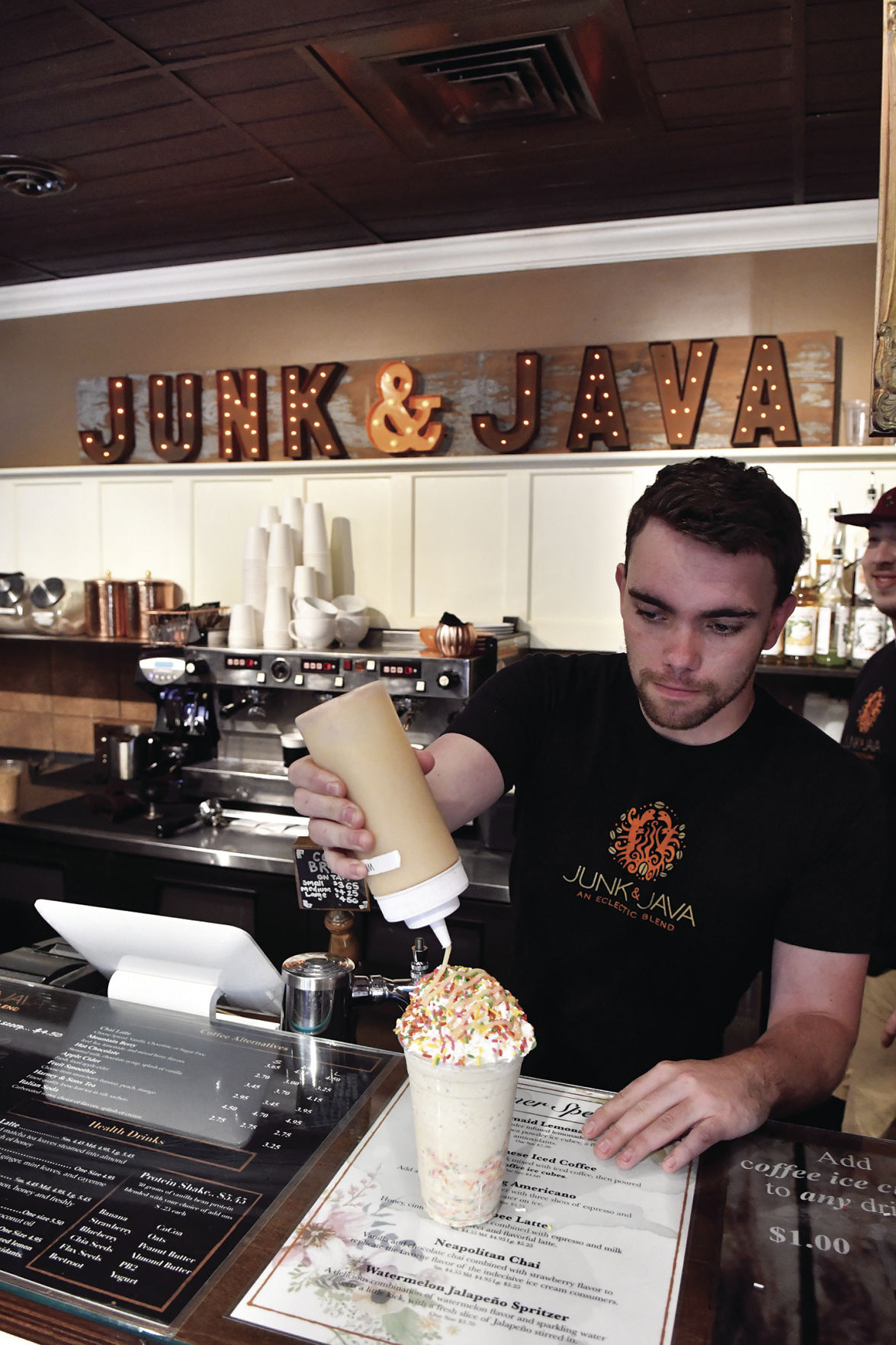 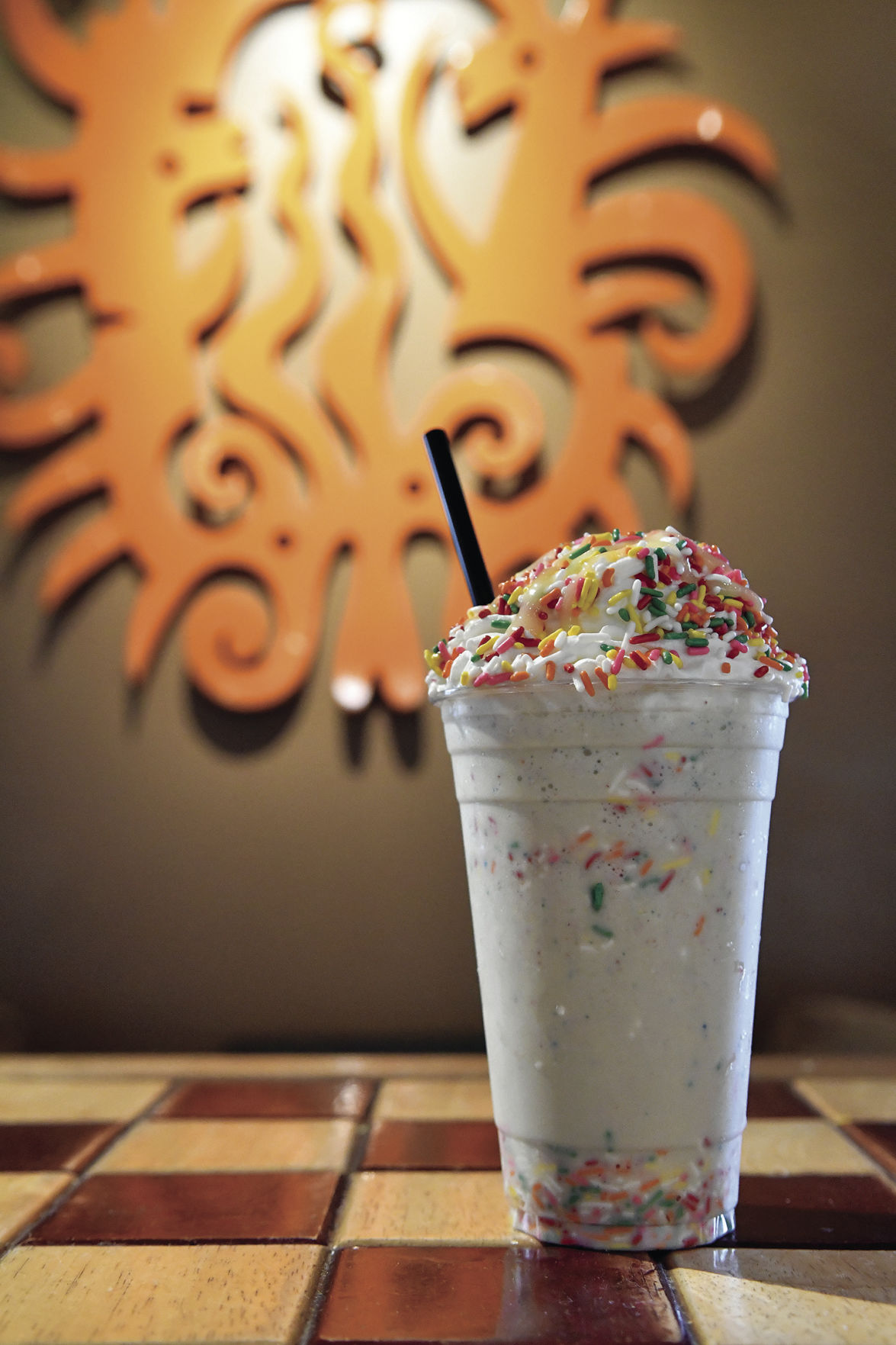 The "Birthday Cake Shake" offered at Junk & Java in Westerly. 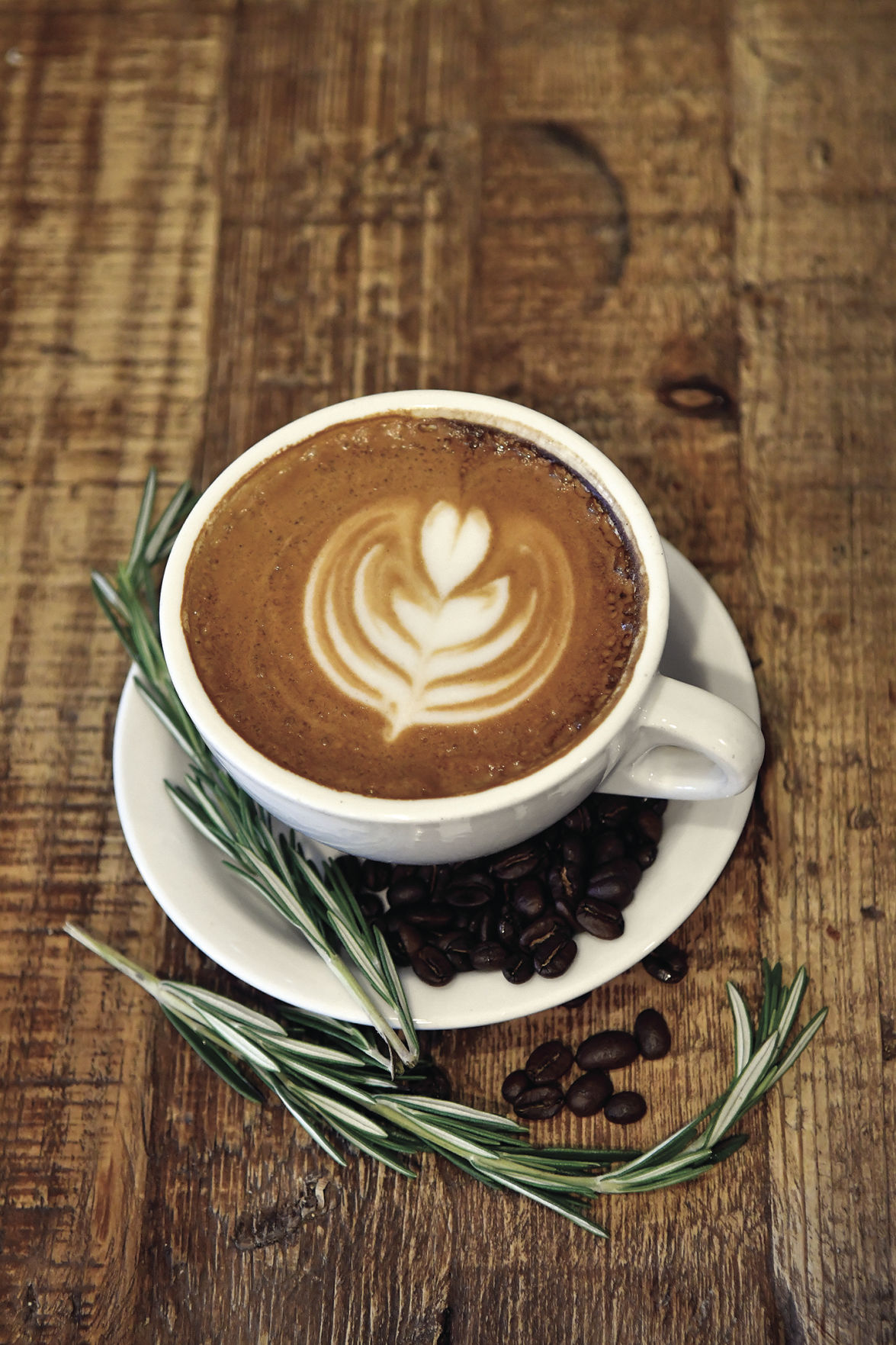 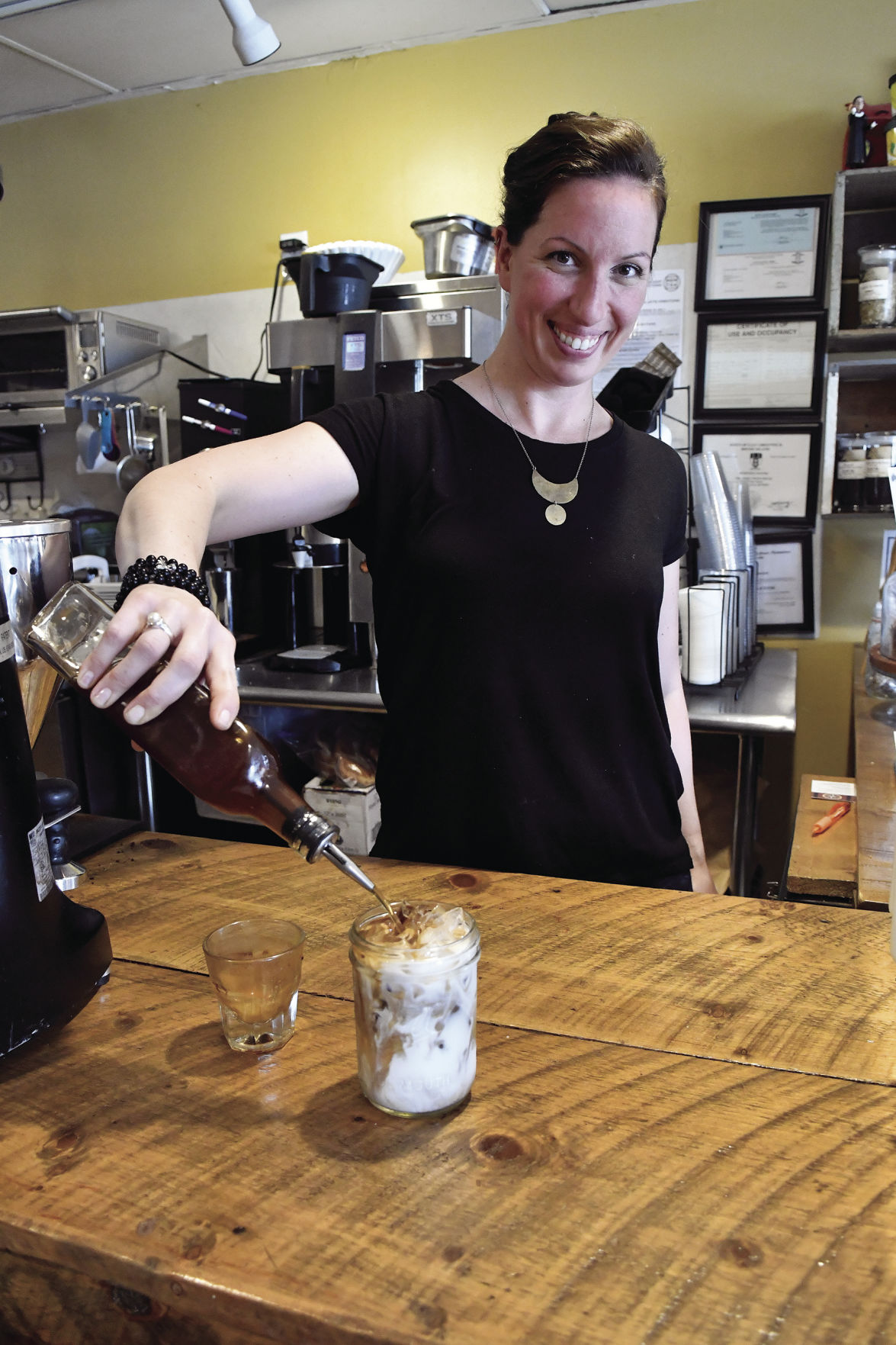 The "Mermaid Lemonade" offered at Junk & Java in Westerly.

The "Birthday Cake Shake" offered at Junk & Java in Westerly.

It’s iced coffee season! Well actually, let’s be honest, every season is iced coffee season in Rhode Island. But it’s exciting to see cafes and coffee shops expand beyond just the traditional iced coffee and tea, especially if you’re allergic to coffee like me. Now it seems that many cafes offer drinks to satisfy whatever you’re craving, whether it’s something tangy, spicy, fruity, sugary or earthy. You name it, they’ve got it. We took a little tour through some of the best cafes in South County to find some of the most interesting and unique iced drinks out there. Cheers!

You can’t find milkshakes on many menus these days, but Junk & Java is bringing it back and making them better than ever by using their own housemade gelato. Owner Alexis Tattersall said they’ve got a Pop Tart shake, a birthday cake shake and a maple bacon shake, just to name a few. “We call them our junk shakes,” she laughed. “We added homemade gelato to our menu pretty early on and then it only made sense that we would also offer milkshakes, so a couple of summers ago, we created the junk shake menu with all different choices. Our customers love it.”

“Not only is it a beautiful and colorful drink that changes color as the ice melts but it’s actually good for you,” she said.

Get that flower power!

When Elias Boutros opened Caf Bar last year, he wanted it to be a place where people came to relax and enjoy exceptional beverages.

“Everyone’s always in a hurry and many places make syrupy drinks and offer sub-par coffee and espresso,” he said. “We wanted to do something that was both outside the box and really good.”

Which is exactly what they’re doing. So if you’re in the mood for something delicious and different, how about trying their maple bourbon latte? Boutros makes it by first reducing and cooking down bourbon whiskey and maple syrup so that all of the alcohol cooks out and it thickens up. From there, espresso and frothed milk of choice is added. Yum! Also, their Rhody latte is a coffee-lover’s dream and packs a caffeine punch! It includes a double shot of espresso, Autocrat coffee syrup, a little cold brew coffee, hazelnut flavor and milk of choice.

Picture this: it’s 85 degrees, 100 percent humidity. Nothing sounds better than a big glass of freshly squeezed juice...well, then head to Shayna’s Place in Wickford. The Doctor Sig has apple, pear, beet, lemon and ginger and is the perfect mix of sweet, tangy and spicy, says Matt Olerio, one of the cafe’s owners. Another fan favorite is their iced chai, which comes from Jahmu Chai, based in North Kingstown. “We love supporting local, especially when it’s friends just down the road,” Olerio said. “It’s a ginger turmeric chai and is a little different than what you usually get for an iced chai. It’s very pure and uplifting and is only sweetened lightly with honey.”

Like what you see? Olerio and his wife Joanna will soon be opening a sister location called Alma that will have an expanded juice and smoothie menu while also focusing on prepared foods.

The Nook has all kinds of crazy, outside-of-the-box drinks. Owner Shannon Wylie gives most of the credit to Nick Vincelette, her fiancé, for the cool drinks, which can all be iced, but also finds inspirations from her travels and visits to different cafes and coffee shops. Take their Persephone Latte, which is made with pomegranate molasses, cardamom and vanilla. Or their rosemary and orange blossom latte. Wondering how they get all these flavors into a single latte? “We make all of our own simple syrups, so for the rosemary and orange blossom latte, we simmer rosemary and orange blossom water together to make a syrup,” Wylie said. Another interesting drink? Their charcoal latte. Activated charcoal powder is mixed with espresso, milk of choice and a coconut and date syrup to add a little sweetness. There’s certainly no shortage of unique drinks at the Nook.

When Lynn Eglington opened Fuel five years ago, she knew she wanted to stand out from the crowd. She needed to be better, be different than other coffee shops, she said. So she added items to the menu that weren’t on many other coffee shop menus.

If you’re looking for something earthy, try their iced matcha, which is made with organic Japanese stone-ground green tea mixed with a small amount of hot water to dissolve it. Cold milk of choice is then added with foamed cold milk on top. Or their golden chai, which is made with turmeric, cardamom, cinnamon, ginger, black tea, clove, nutmeg and spices, with a touch of raw sugar to make it a little sweet.

“We know there’s a lot of competition out there so I want to go above and beyond what the others are doing,” she said. “And I love to offer homemade, healthy, organic drinks because that’s what people want today.”