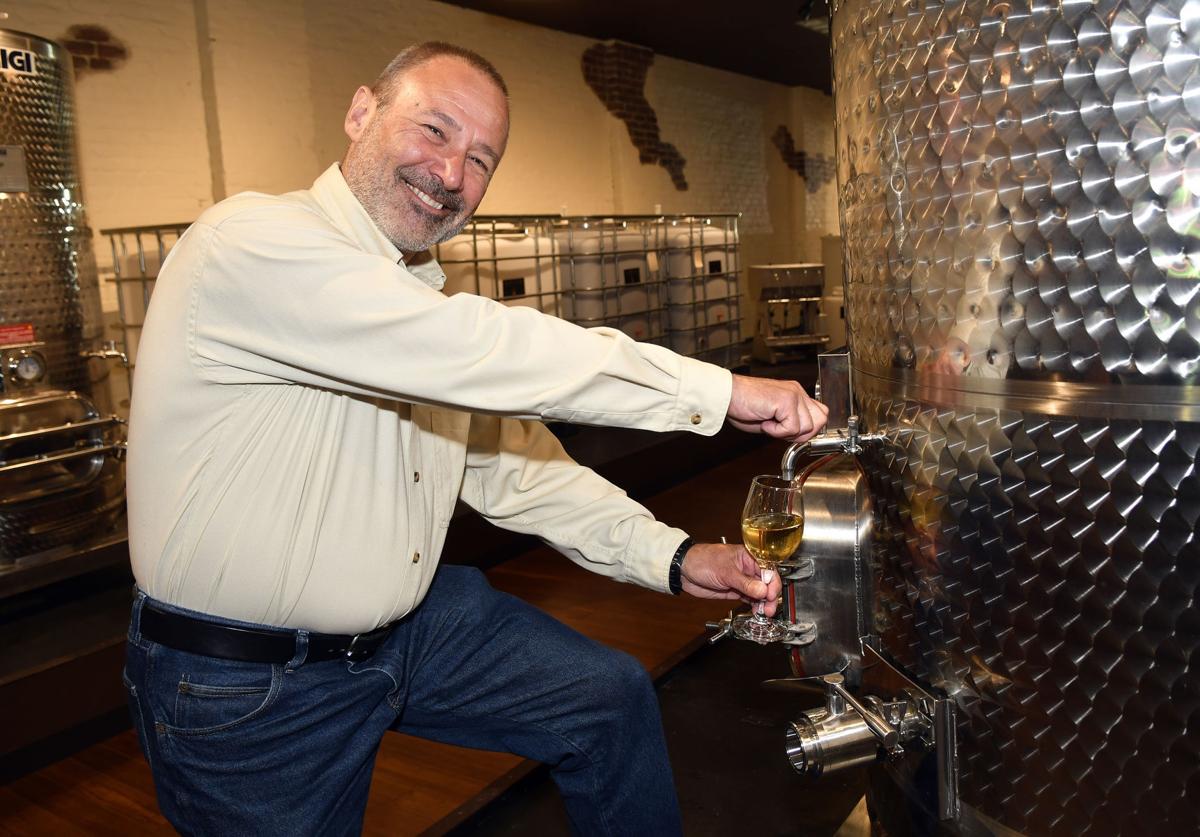 John Wiedenheft III pours a glass of apple wine from a tank at the Tapped Apple Winery in Westerly. 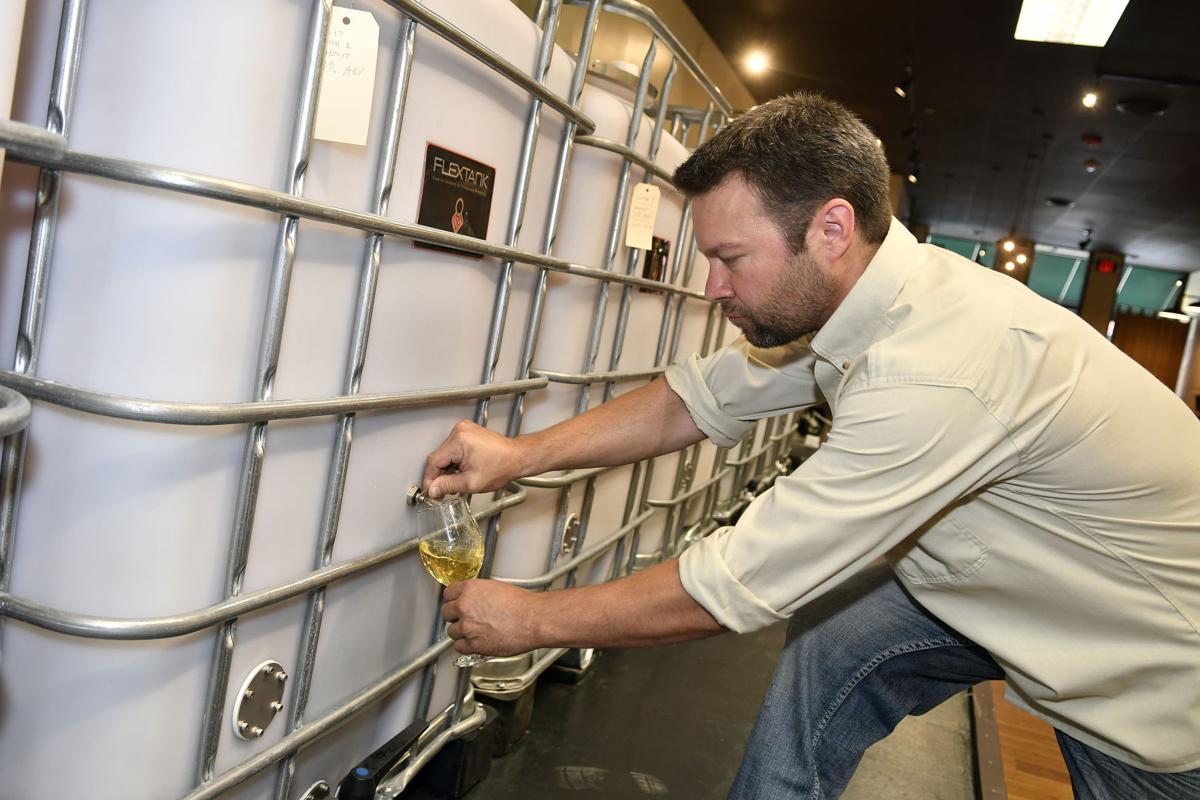 John Wiedenheft IV pours a glass of apple wine from a tank at the Tapped Apple Winery in Westerly. 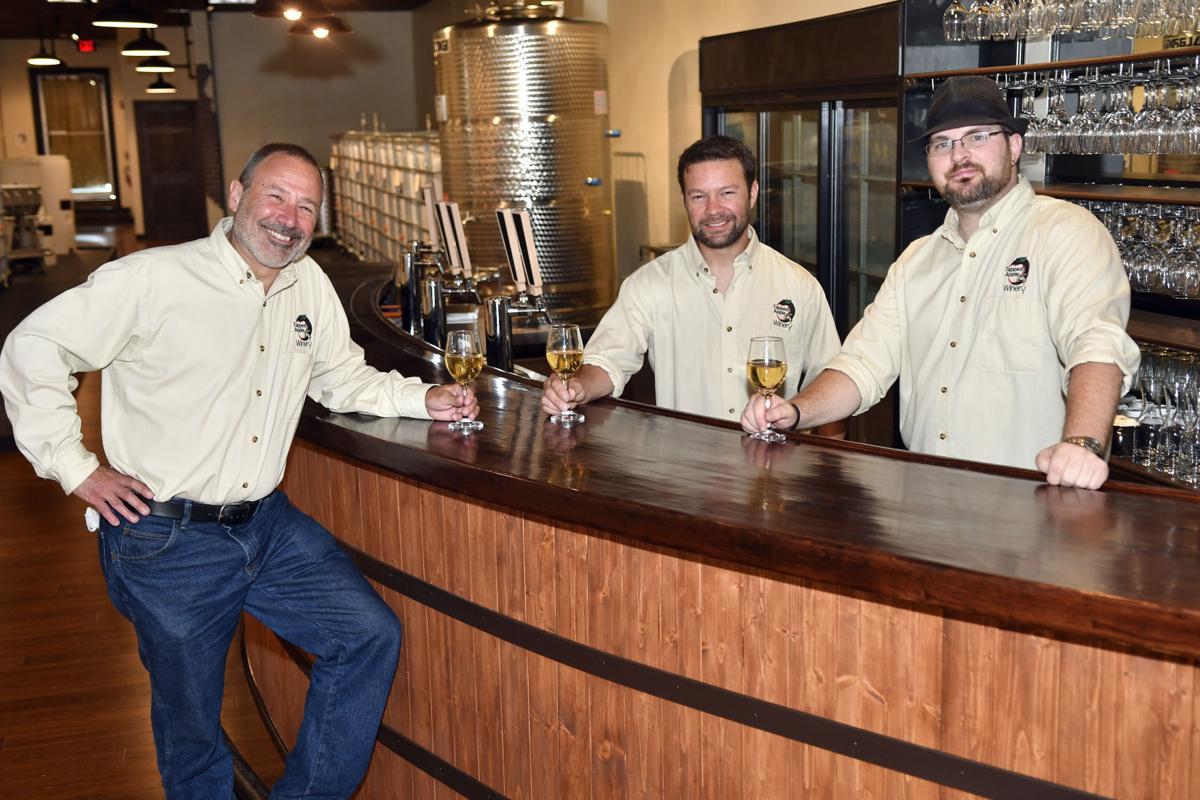 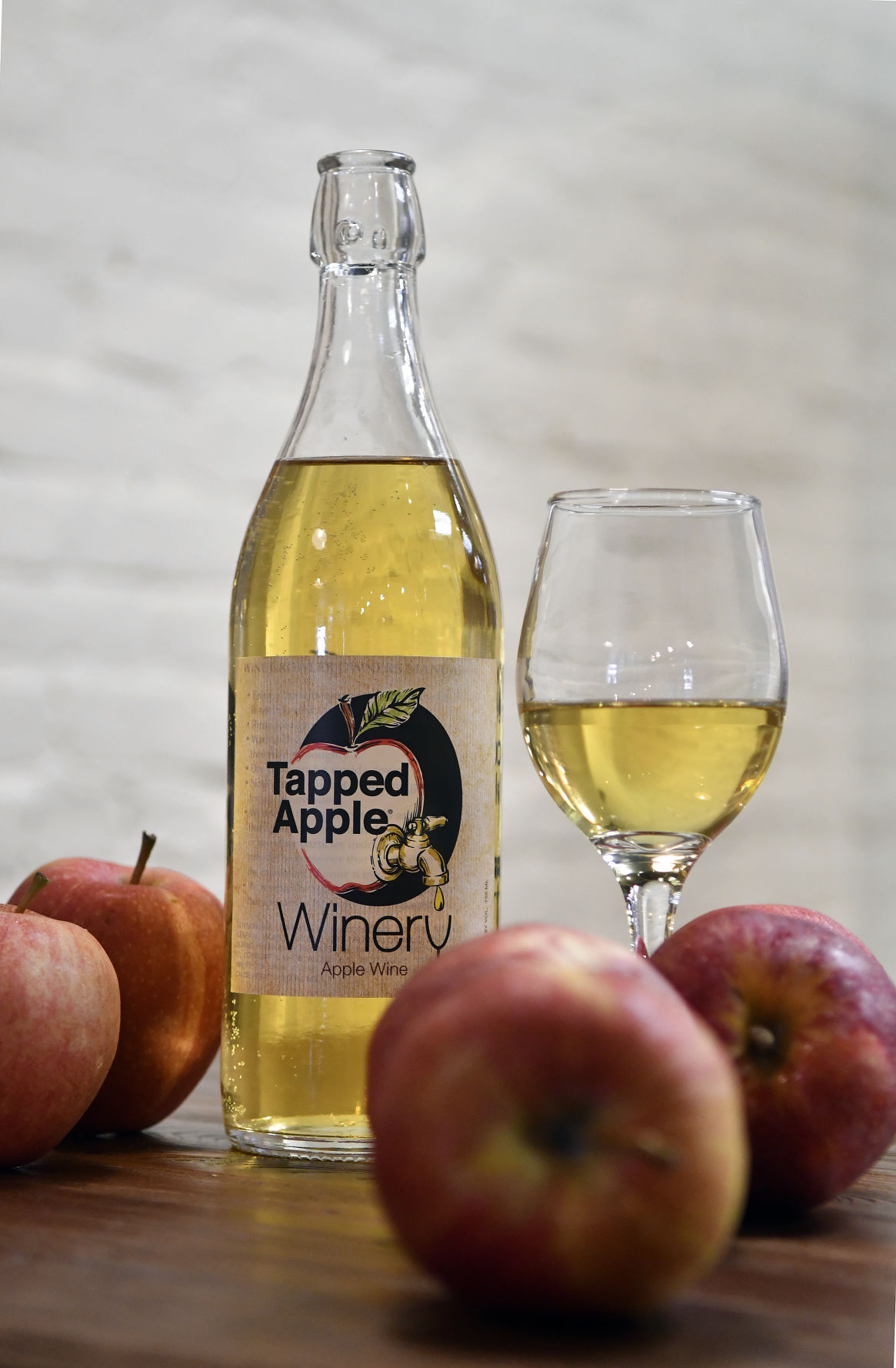 A bottle and glass filled with apple wine at the Tapped Apple Winery in Westerly.

John Wiedenheft III pours a glass of apple wine from a tank at the Tapped Apple Winery in Westerly.

John Wiedenheft IV pours a glass of apple wine from a tank at the Tapped Apple Winery in Westerly.

A bottle and glass filled with apple wine at the Tapped Apple Winery in Westerly.

Some of the most dynamic entrepreneurial ventures evolve from a basement or garage. Making the long leap from turning a passionate hobby into an up-and-running business takes courage and perseverance to overcome challenges and setbacks.

For business owners John Wiedenheft III, his son Wiedenheft IV, and longtime family friend Adam Mercer, it was a proud and exciting occasion to welcome the interested crowd of wine drinkers when Tapped Apple Winery opened its doors earlier this summer in downtown Westerly. (Editor's Note: As of August 1, Tapped Apple is set to open August 17, 2017)

Now settled into their first public location, Wiedenheft III, CEO and head winemaker, recalls the three of them bonding 12 years ago over making fruit wines in five gallon batches first in his basement in Connecticut, and later in his son’s garage. “When we started out, opening a winery definitely was not on the radar screen,” he says. “It was just a fun and rewarding hobby and we had no idea that our wines would be so popular.”

Together, they developed the recipe for their signature apple wine – which, once tasted, had their friends coming back for more. They quickly found themselves making larger and larger batches.

Once those batches grew too large for the basement, they looked for a more permanent location, one that would be more accessible to the public and bring something unique to the community. Downtown Westerly’s “positive vibe and up-and-coming feeling” were an immediate draw, Wiedenheft says: “There is an excitement to Westerly that is palpable, that we all fell in love with immediately.”

Since February 2016, they have worked diligently to create a handcrafted experience to accompany their already “one-of-a-kind” wines. Wiedenheft’s other son, Matt, an artist, created the original graphic for the logo.

From the brick and stucco walls to the 18-foot wine barrel bar, this original concept has been 16 months in the making. The intimate setting features tables for two lining the walls, the tasting bar, and appetizer style bites as the sounds of jazz, new age and blues music waft throughout the space.

“Other local business owners have been very supportive, and we are very excited to be opening our shop in such a great community,” Mercer says.

At the “back of the house,” which is totally accessible to visitors, are aging tanks full of hundreds of gallons of wine, led by two stainless steel fermenters. Placards explain the wine making process and guests are encouraged to take a self-guided tour to see exactly how the wine they are drinking gets into the glass. Wiedenheft says “these aging tanks are engineered and calibrated to slowly meter a very specific amount of oxygen right through the walls of the tanks for the purpose of aging the wine.”

So why use apples instead of grapes for their wine? “This isn’t the ideal region for red wine grapes, and you can make wine from just about any kind of fruits,” Wiedenheft says. “We wanted to work with local, indigenous fruit; apples are abundant in this region, and fermenting apple cider into alcoholic beverages dates back to colonial times.” Before refrigeration existed, there was hard cider throughout most of the 18th and 19th centuries, which was produced from abundant local apples. In fact, it was a very common beverage in New England, and hard apple cider kept much longer than milk.

“In recent years hard ciders and apple wines have started to make a comeback, and there is a renewed interest in these beverages,” Wiedenheft explains. He credits B.F. Clyde’s Cider Mill in Old Mystic, Connecticut, as being an inspiration to them and the hard cider industry. “They have been making and selling apple wines for the better part of a century.”

And even though he won’t disclose what apple varieties they use, all of the apples in their recipes are later season varieties. They partnered with Sunset Orchard in North Scituate for their apples, which are crushed and pressed into a sweet cider, then fermented into wine that has a similar flavor profile to Pinot Grigio. They also feature dry white and rosé wines, sweet red and seasonal favorites, as well as a hopped wine for beer lovers. “Tapped Apple is always working on and testing new wine selections,” Wiedenheft says.

Wine enthusiasts can look forward to not only flagship apple wines, but also wines with notes of apricot, cherry and other familiar fruits while keeping a few favorite recipes on hand from year to year. “We will have varied dryness and sweetness levels of the different types,” Mercer adds. “And even though we are a small winery, we are excited about joining the community of craft wineries and breweries here.”