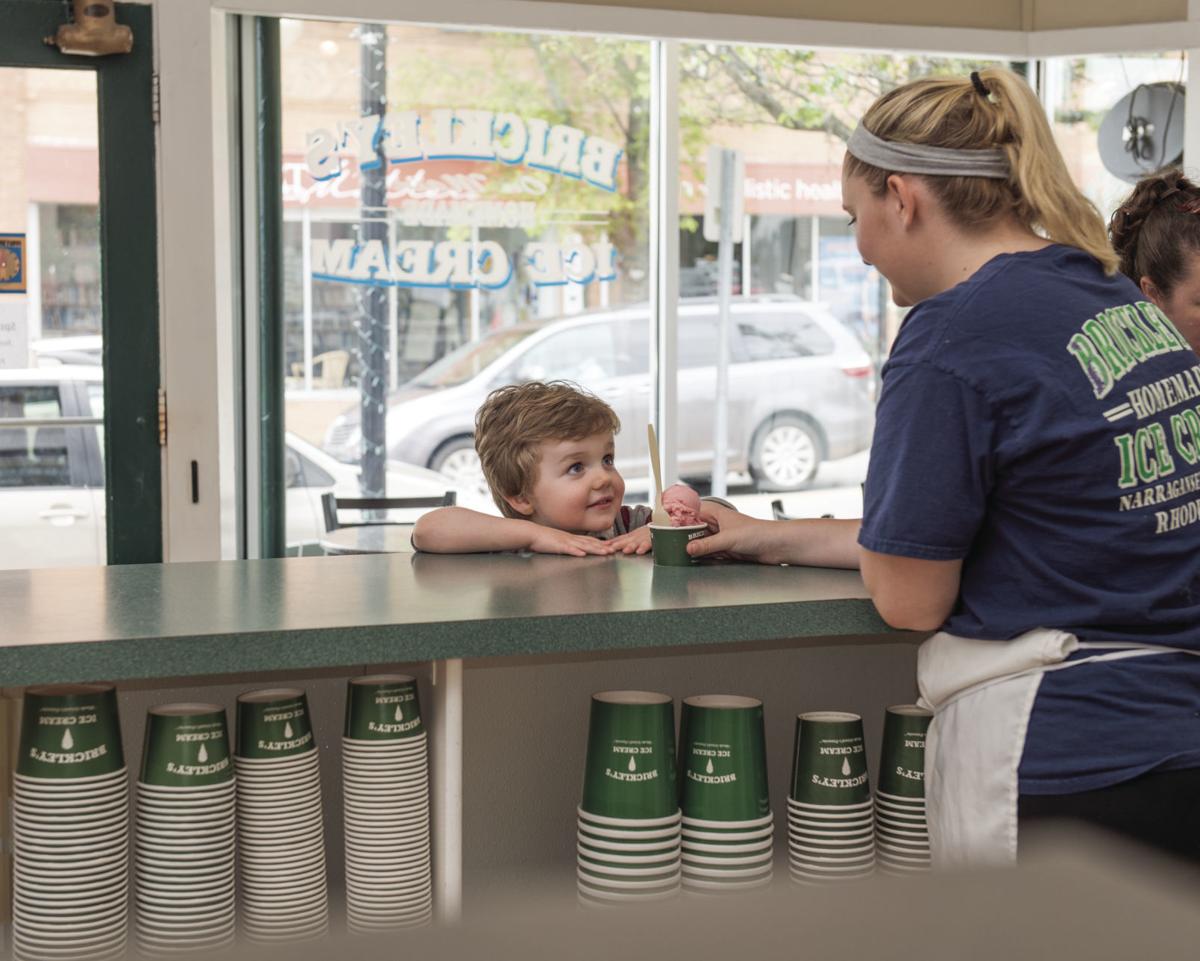 George patiently waits for sherbert at Brickley's in Wakefield. 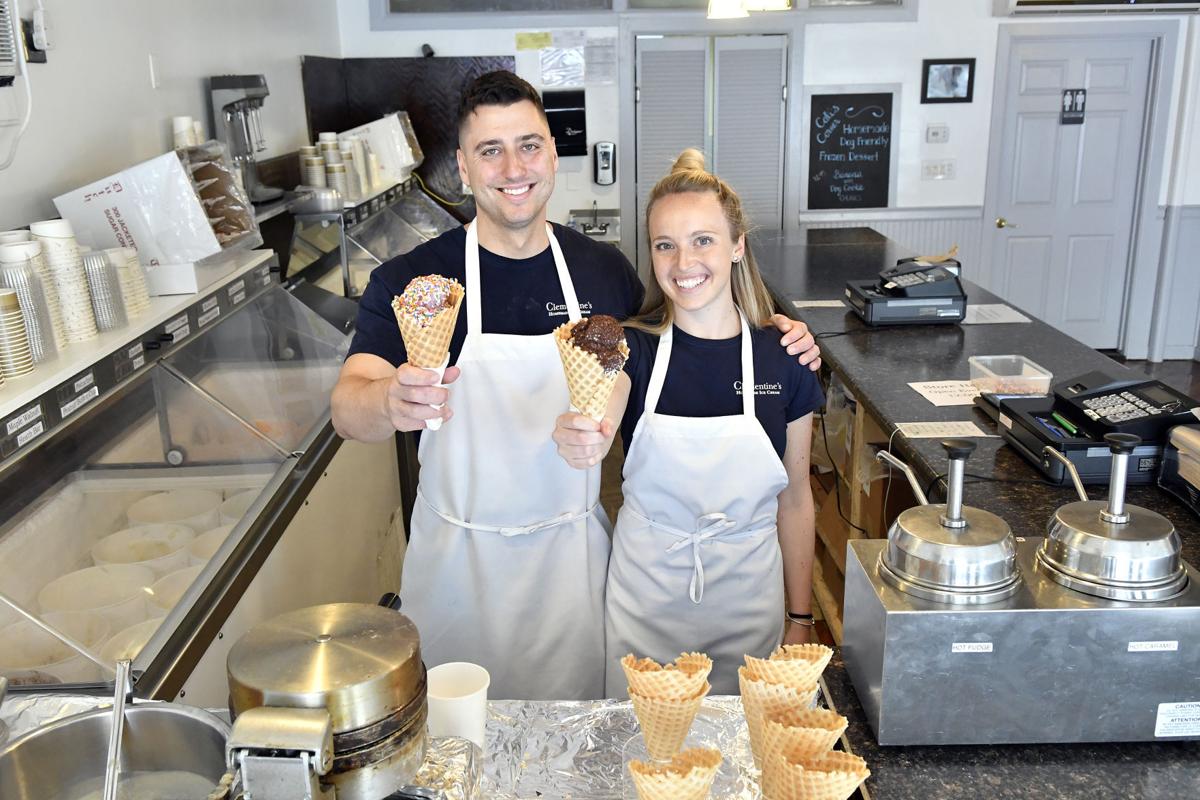 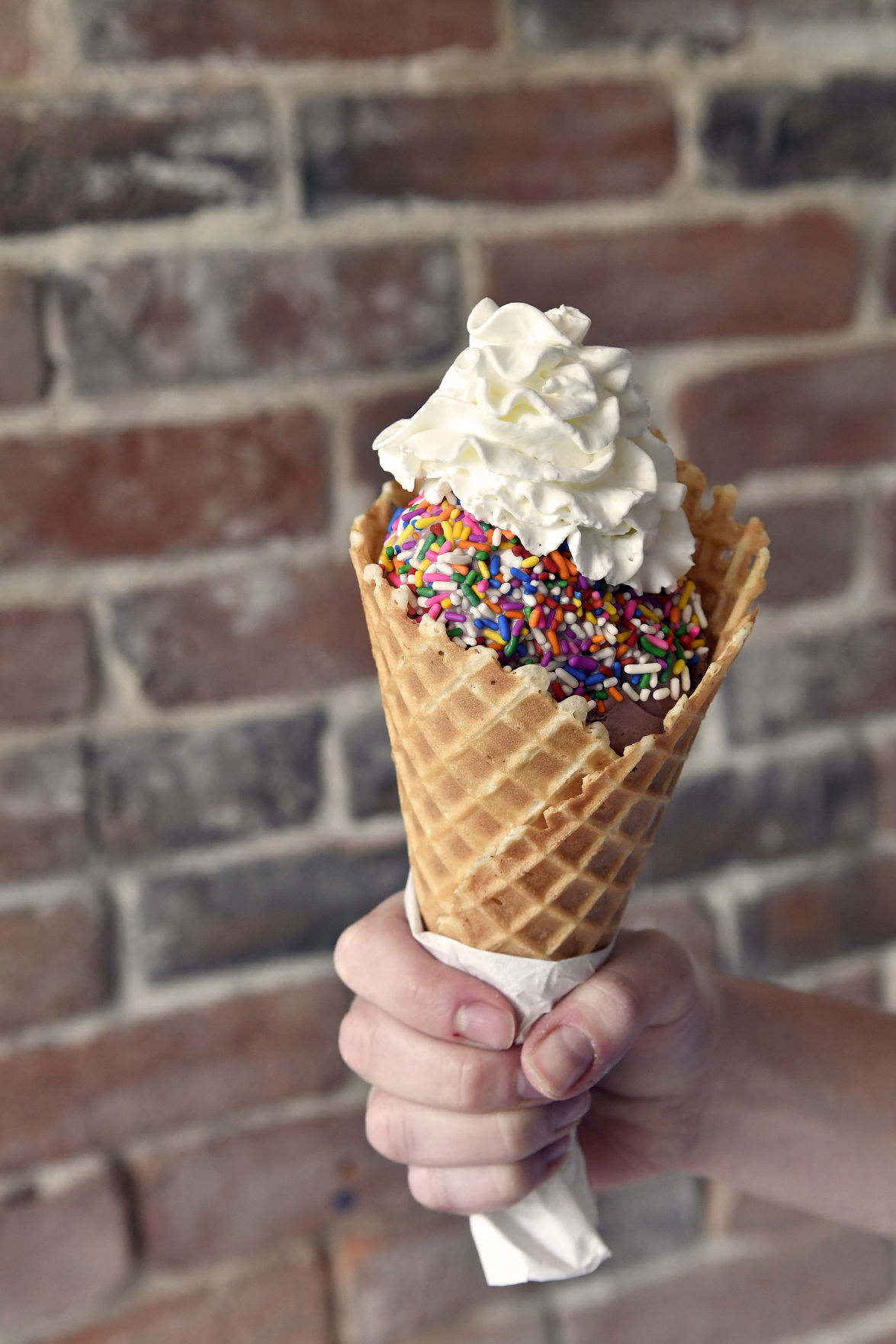 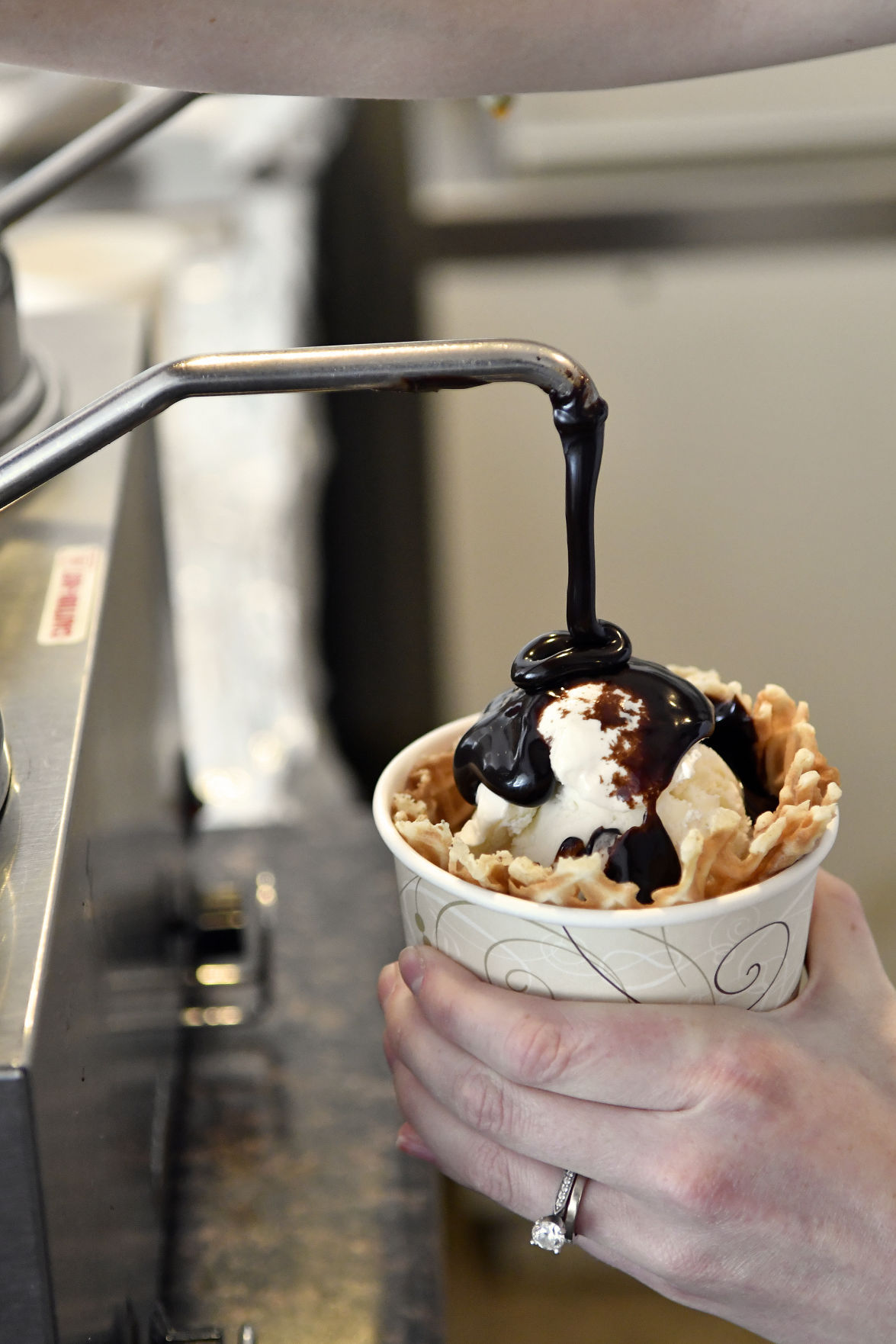 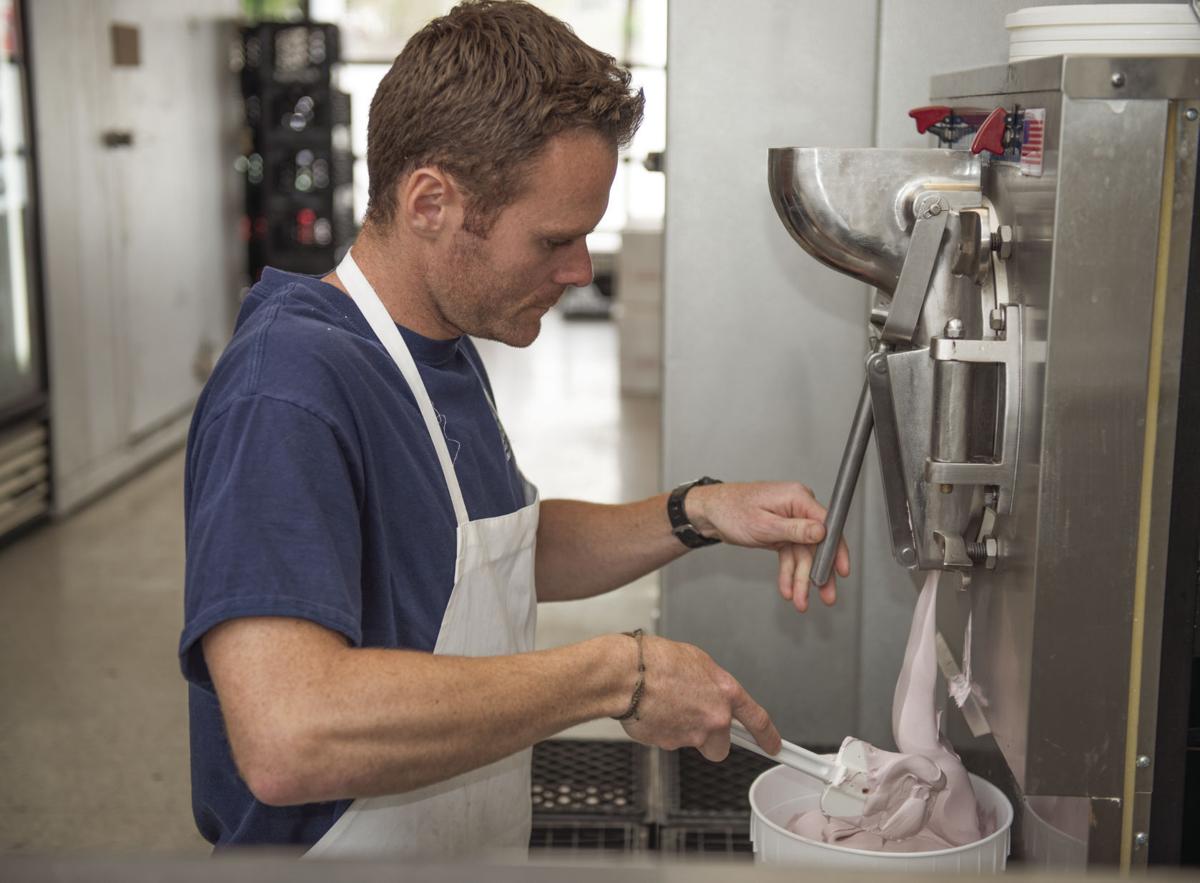 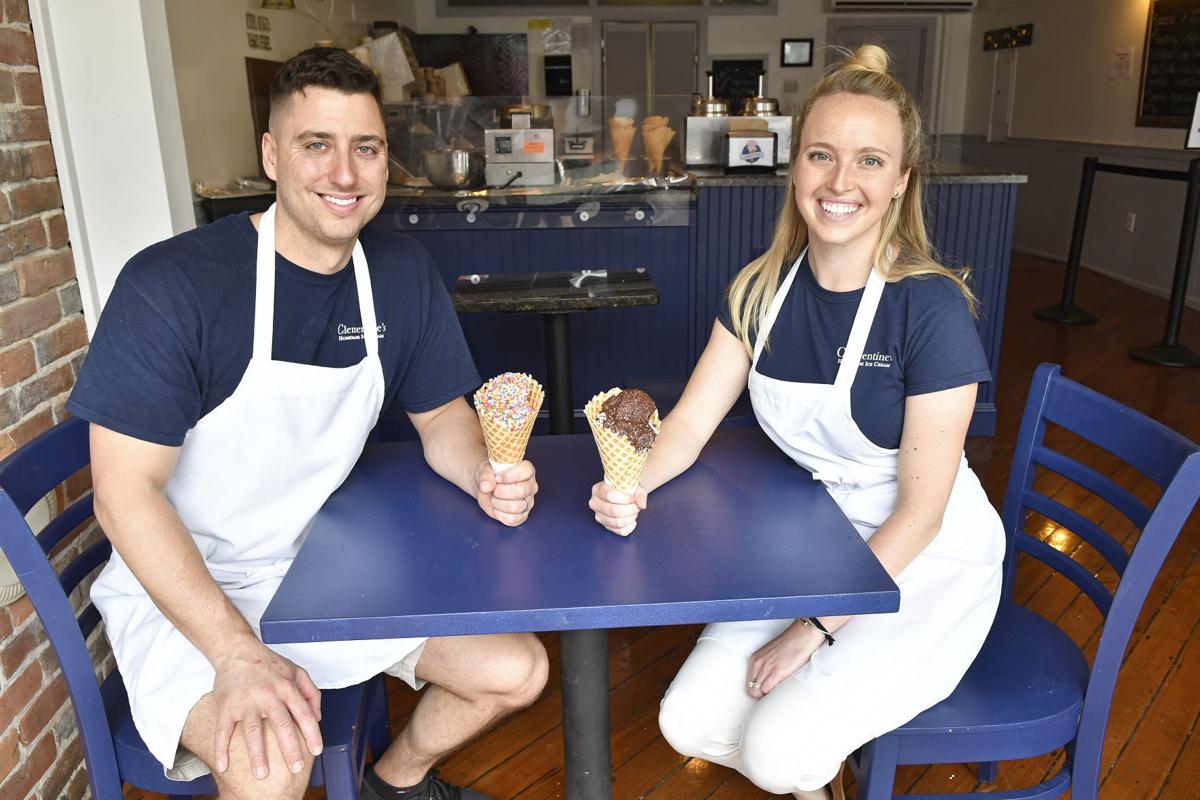 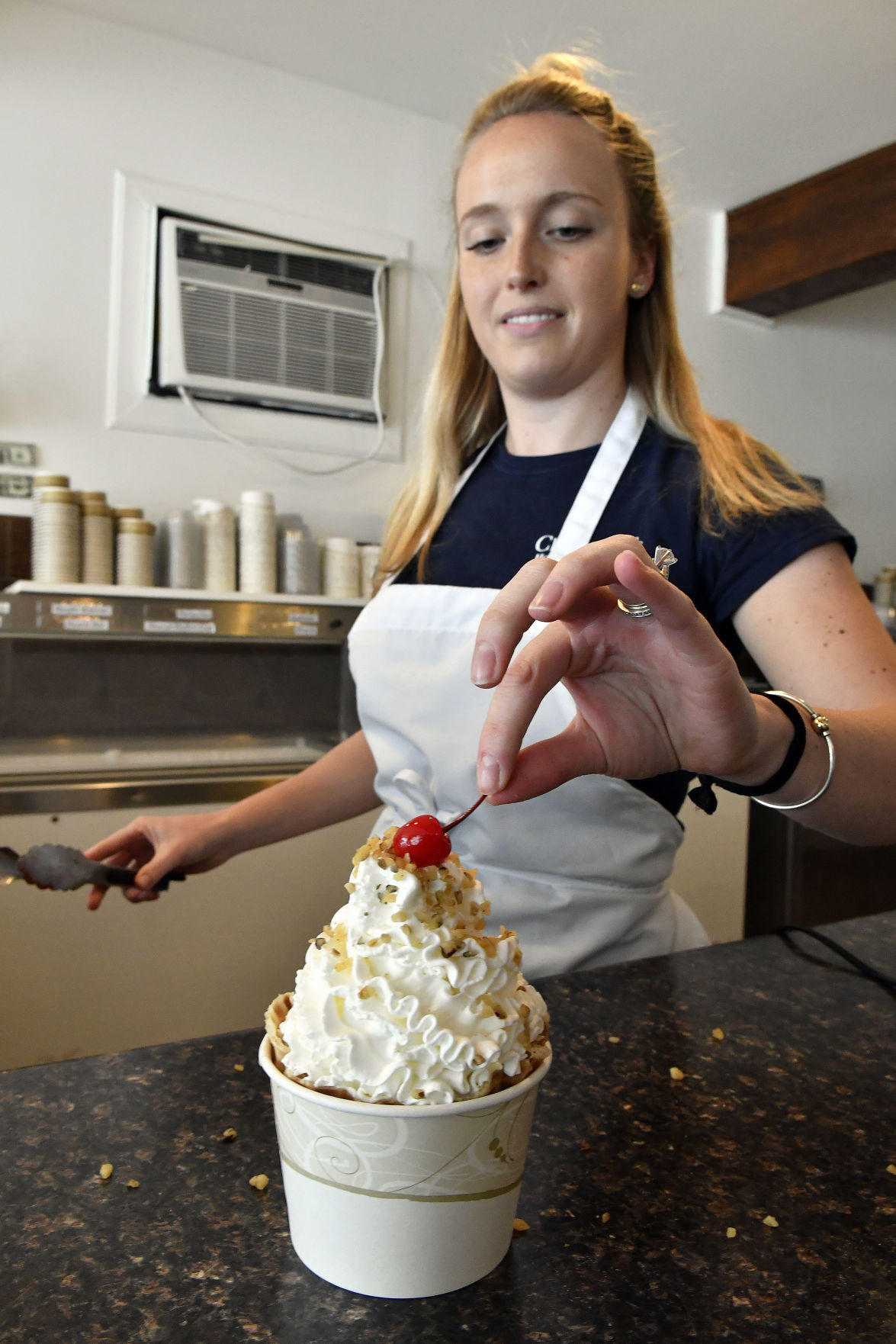 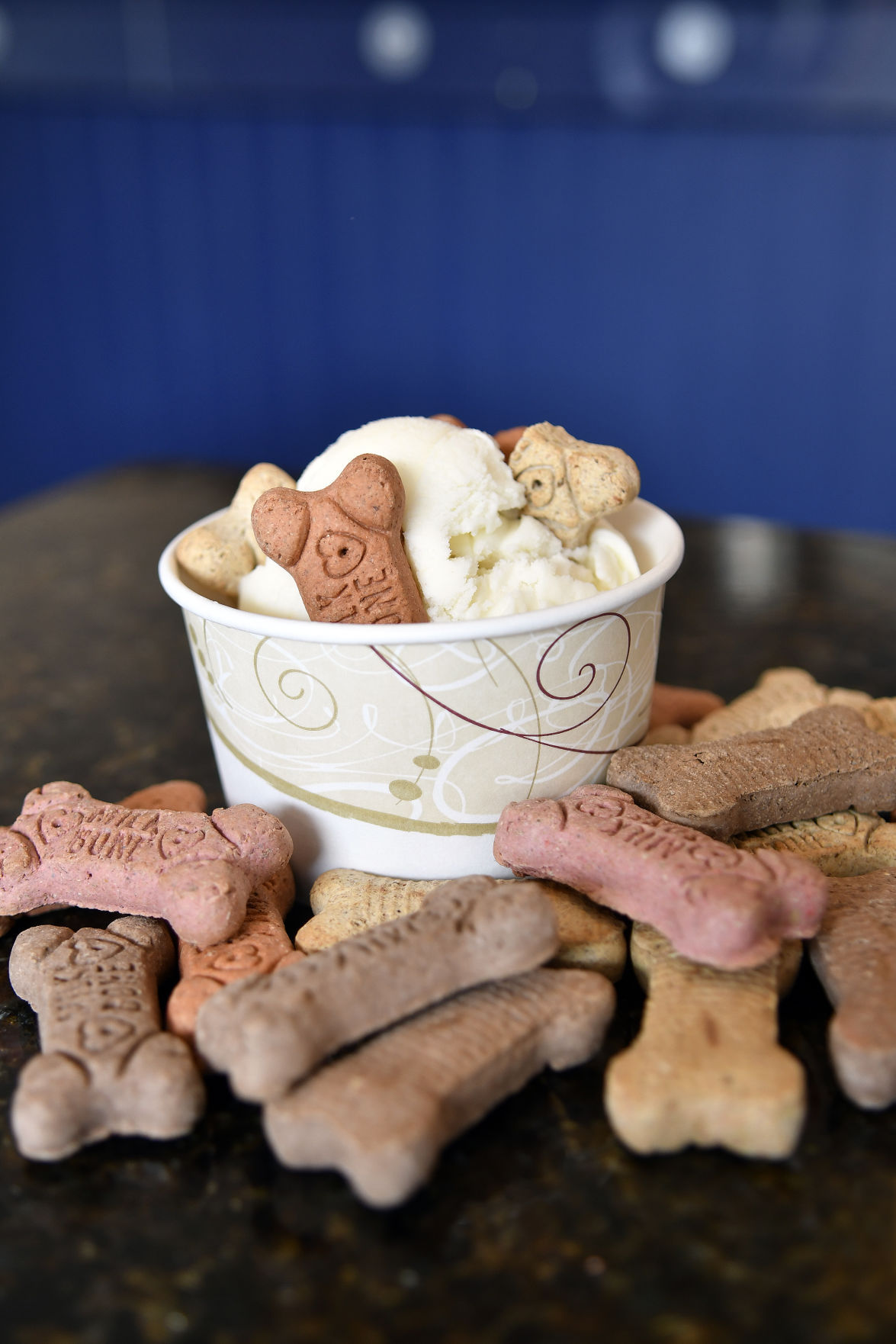 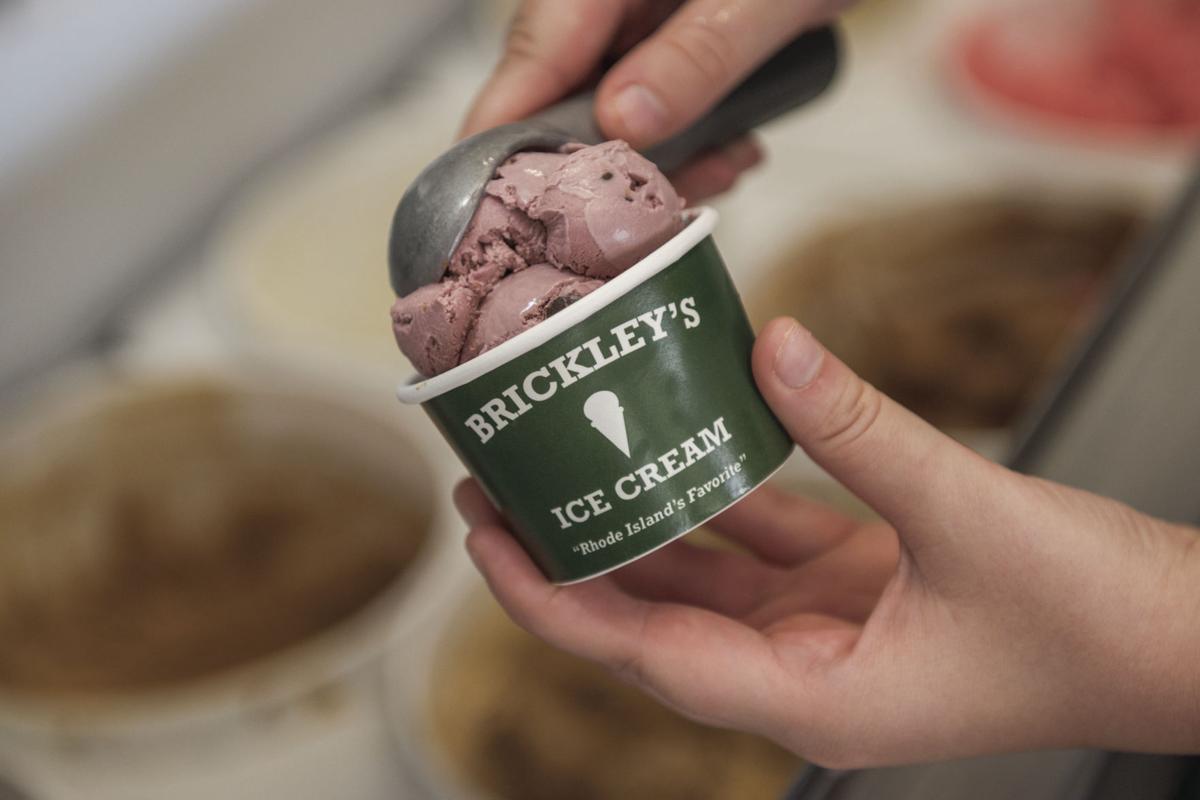 George patiently waits for sherbert at Brickley's in Wakefield.

Going out for ice cream feels like a celebration, a summery tradition to enjoy while making memories walking downtown or along the beach boardwalk.

On a hot day, the thought of the strawberry sundae my mother ordered for me at the lunch counter where we shopped many years ago is enough to send me out in search of a replica: Coffee ice cream, strawberries, whipped cream and nuts.

Some sources trace the evolution of ice cream back to the Roman Empire, Marco Polo or Catherine de Medici when she married Henry II of France in 1533. In America, there are mentions of ice cream in records kept by George Washington and Thomas Jefferson, and it was apparently served by Dolley Madison in the 1813 White House.

But the ice cream cone is somewhat more straightforward. Some accounts credit Italo Marchiony of Italy with inventing the cone in New York City around 1903. But at the 1904 World’s Fair in St. Louis, Missouri, a Syrian man named Ernest Hamwi apparently sold a waffle-like pastry to a neighboring vendor when he ran out of dishes for his ice cream.

There is no worry about ice cream or cone shortages in South County, as there are plenty of spots to cool off with a freshly made waffle cone and a scoop or two of your favorite handmade flavor.

Steve and Chris Brophy and their family have been operating Brickley’s Homemade Ice Cream (named for his late mother) for more than 23 years. It isn’t just the steady lines that prove there is a wide craving for their dozens of flavors – it is also the fact that people so like their homemade product that they ship it across the country, including Florida to be served at a wedding, recalls Brophy. “We customize our flavors. When you make your own you can make it the way you want,” he says.

He marvels at their annual March opening day and the lines of people waiting in all sorts of weather. And when their two locations announce closing dates in the fall, customers buy multiple gallons “to get them through the winter.”

At The Inside Scoop’s popsicle-colored building in North Kingstown, owner John Bucci Jr. has been making their blend of homemade ice cream since 2001. It’s a family business right down to his two youngest children, ages 9 and 11, who sometimes get off the school bus at the ice cream stand. Their memorable after-school snack is a given.

That same type of lightbulb moment occurred at Clementine’s Homemade Ice Cream, a new East Greenwich business offering 25 homemade flavors, as well as a dog-friendly ice cream with dog treats sprinkled on top. This is the first season for owners Warren and Jess Sternberg, but Warren spent his younger years scooping ice cream in South County, a memory so pleasant he decided to return to what he says “is a passion for me. We’re having a lot of fun.” In addition to their ice cream, sorbet, sherbet, frozen yogurt and sugar-free ice cream, customers out walking their dogs — and there are many on this major street — patrons won’t have to look at the sad eyes of their dogs while attempting to enjoy their double scoop because at Clementine’s, which is named after the Sternbergs’ own Chocolate Lab, dogs have their own special blend.

The response “has been really good. We think it’s the right time,” Warren says.

Where to get Homemade Ice Cream

At The Vanilla Bean in Matunuck, Rich Paolo and his wife, Tanya, not only offer up ice cream, but also tradition, and in more ways than one. “We are part of the fabric of Matunuck,” he says. “It’s a big deal to stand in line at the Vanilla Bean, get your ice cream and go walk on the beach.” He says he has customers who drive from parts of Connecticut to do just that.

And there is a two- year waiting list to work there.“It’s a rite of passage. To be a cool kid in Matunuck, you have to work at the Vanilla Bean,” he says.

The Vanilla Bean has been there since 1975. Since Paolo took over 28 summers ago, he has seen full generations of families stand in line to order Vanilla Supreme, and generations of kids apply for jobs. His parents were involved in selling ice cream in Galilee, where he says his mother invented their raspberry chocolate chip flavor inspired by a box of chocolates she enjoyed. Their 56 flavors come from a family farm in Massachusetts, he says.

He added that there are two requirements of employees at the Vanilla Bean — that they provide a big smile, along with a big scoop of ice cream, allowing ice cream connoisseurs plenty of time to create their own ice cream memories.