You have permission to edit this article.
Edit
Welcome, Guest
Home
ABOUT
ADVERTISE
PHOTO CHALLENGE
SUBMIT
CURRENT ISSUE
1 of 3 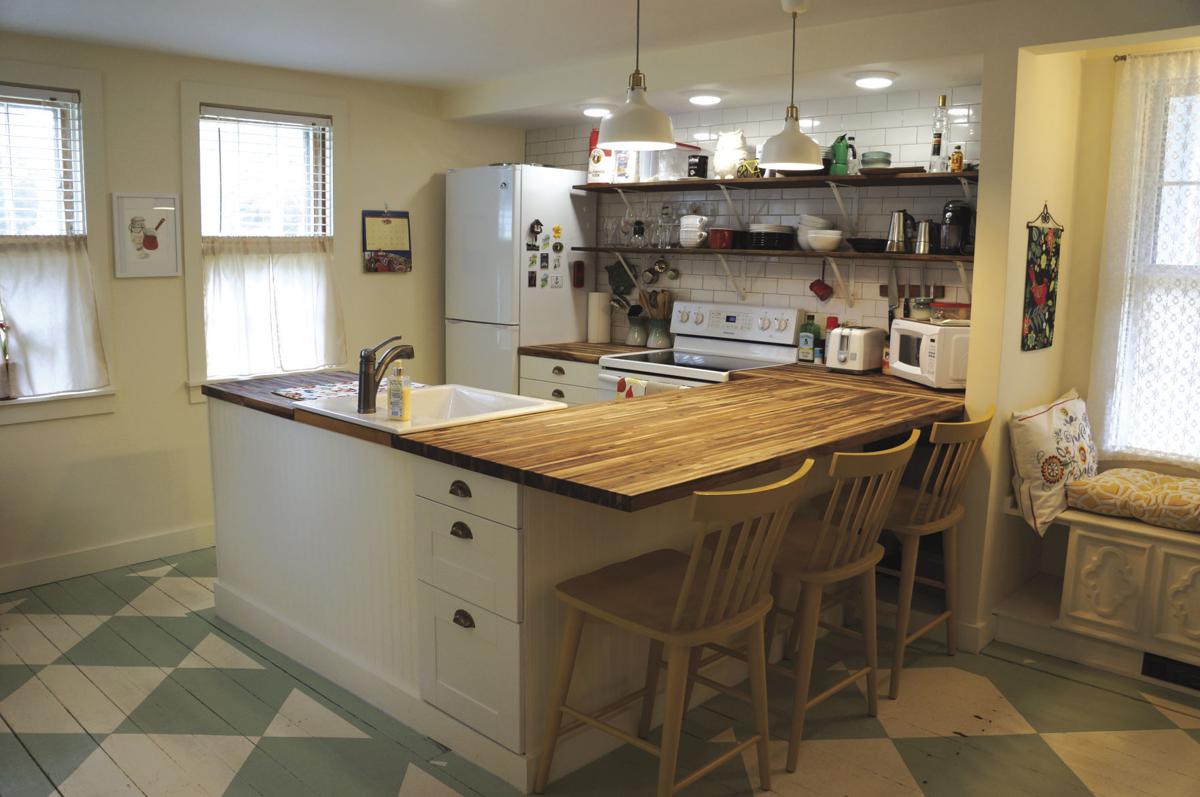 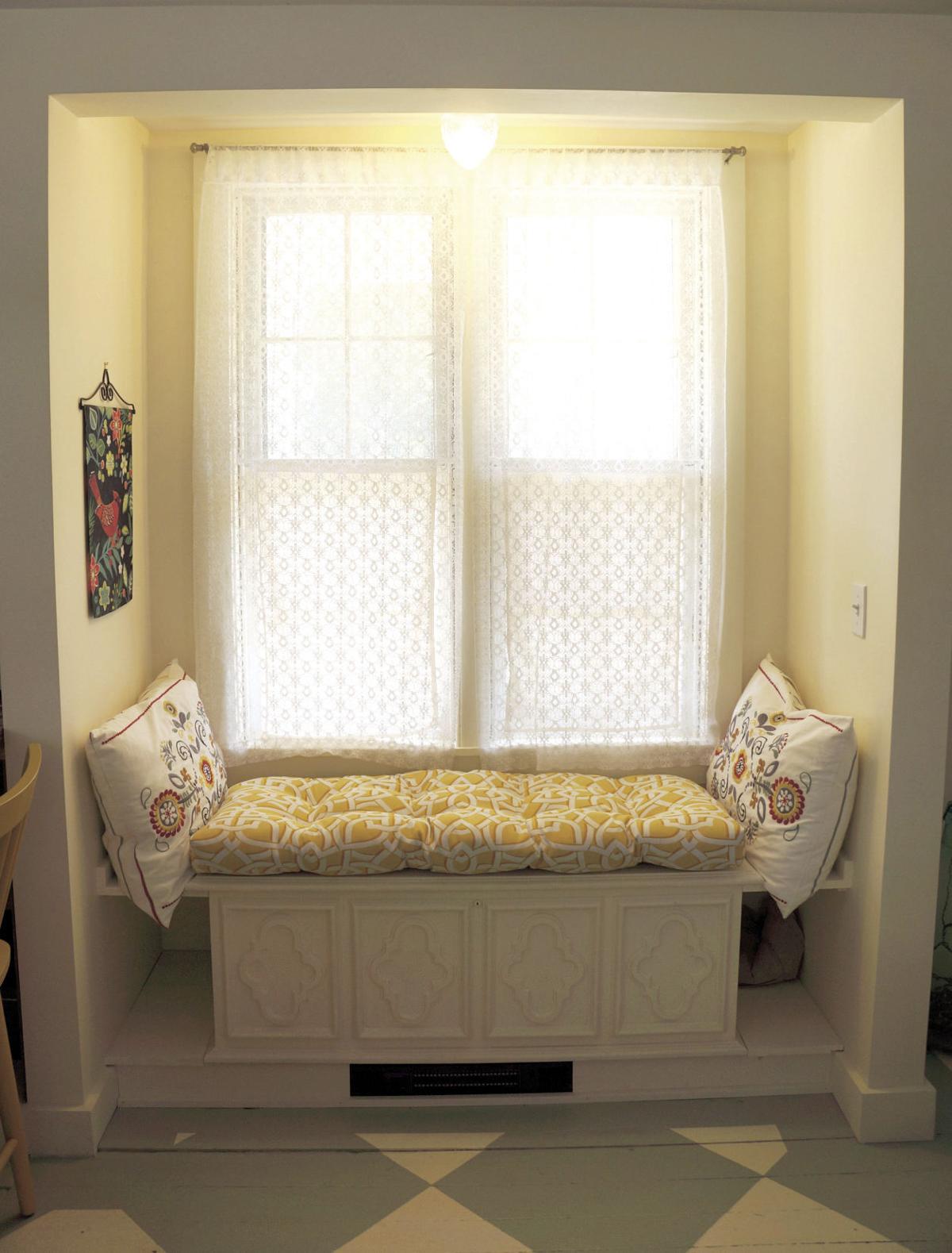 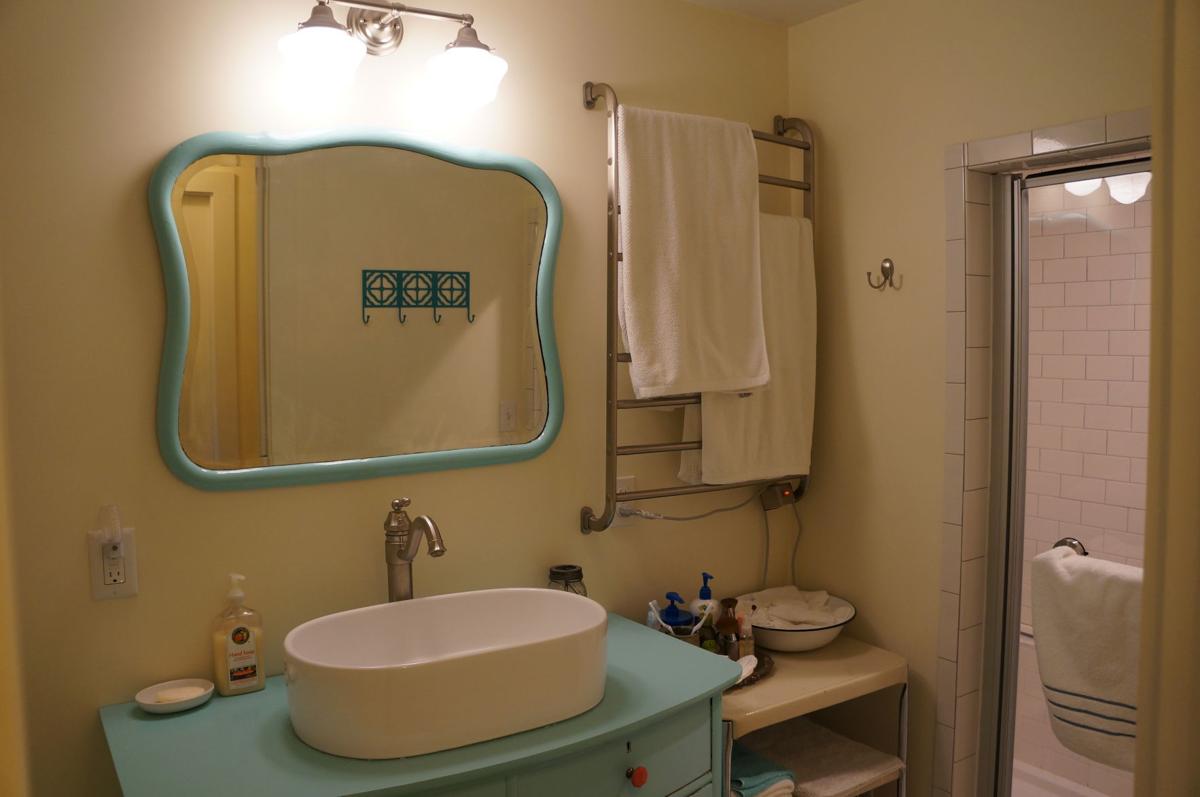 Two years ago, Joe and Rachel Petruccillo came across a quaint 19th-century farmhouse in Hopkinton. Both immediately called it home and saw potential in giving it a modern feel.

Joe Petruccillo says the 1,740-square-foot home reminded him of going to Langworthy Library on Spring Street and briefly visiting West’s Bakery while en route to the beach when he grew up in nearby Exeter. In 2015, when the couple moved in, he says their idea for renovating the home was to create a “more contemporary and open living space” while retaining the nearly 140-year-old structure’s historic character.

Along with installing new countertops, a ceramic sink and subway tiles in the kitchen, the Petruccillos redesigned the home’s floor plan. They opted to maintain its original hardwood pine and fir floors, with a unique cream and green diamond pattern in the kitchen and other colors throughout the house. The floors were kept “in favor of the imperfections developed over 140 years of use,” Joe Petruccillo says.

The couple also turned their attention to the home’s original windows, debating whether or not to fully replace them. While some argued that new windows would be more energy efficient, the Petruccillos found research that argued the same efficiency could be obtained if the old windows were restored. “Rachel’s father, Tom, a woodworker, painstakingly refinished the original wood sashes and re-glazed the 19th century wavy glass panes,” Petruccillo says.

And the Petruccillos didn’t stop there in their big project, turning old items into new uses. “Additionally, we used brass drawer pulls found on the old pantry cabinets in our new kitchen. Other pulls were sourced from a local antiques store,” Petruccillo says. “An antique dresser that was left in one of the upstairs bedrooms was stripped and repainted to use as a vanity in the bathroom.”

The couple also built a bar in a room they nicknamed “The Pub” by using some pine beams taken from another part of the house. The room, Petruccillo says, also has some hand-hewn pine beams that they left exposed when removing the horse-hair plaster ceiling.

Even being within a small area – 6,500 square feet in lot size – the home also features a spacious rear outdoor gathering area perfect for patio furniture and an open fire. A small garden, allowing residents to grow vegetables and other plants, is adjacent to the home’s back yard with a natural pathway alongside. An old three-car garage is on a neighboring lot.

The home’s second floor is awaiting a buyer’s personal touch. It’s currently down to the original studs with much potential. “It’s open for renovating, turn it into something super contemporary or you can continue the theme they have downstairs,” says RE/MAX Narragansett realtor Robin McGuigan, the home’s listing agent.