You have permission to edit this article.
Edit
Welcome, Guest
Home
ABOUT
ADVERTISE
PHOTO CHALLENGE
SUBMIT
CURRENT ISSUE
1 of 2 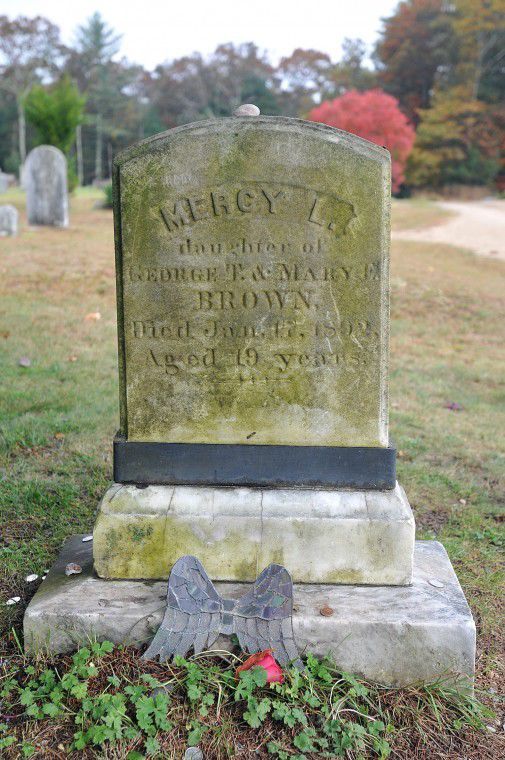 The graves of Mercy Lena Brown and her brother, Edwin, are at Chestnut Hill Cemetery in Exeter. 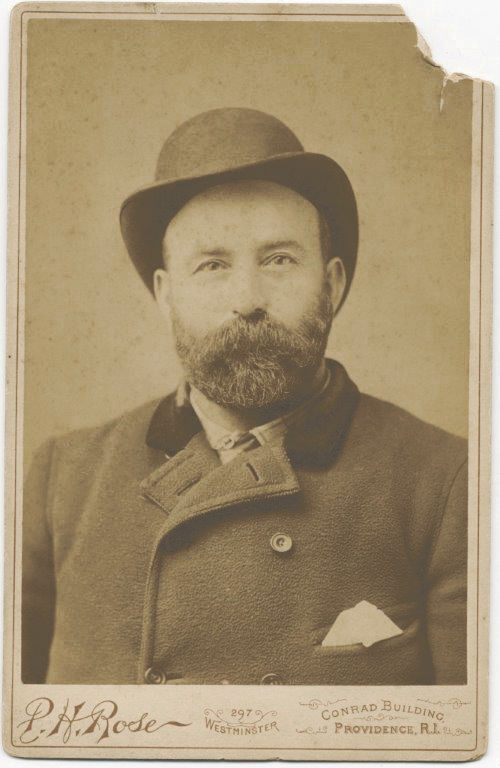 The graves of Mercy Lena Brown and her brother, Edwin, are at Chestnut Hill Cemetery in Exeter.

No doubt about it, at this time of year, South County’s most famous brother and sister pair have to be Mercy and Edwin Brown. One hundred and twenty-five years after their tragic deaths, we all seem to know the vampire-tainted tale of Mercy Brown; know it so well, I don’t even feel like I need to recount it here. She is, for certain, Exeter’s most famous, or maybe infamous, citizen.

Her story has been said to have been inspirational to none other than Dracula author Bram Stoker, and may have been the nexus for his character Lucy. Her family’s tale most certainly played a part in the genesis of Rhode Island author H.P. Lovecraft’s “The Shunned House.” A few years back, she even made the October issue of Smithsonian magazine.

Mercy Brown’s gravestone is visited often; it is now actually tied to the earth with iron straps, as so many folks have tried to steal it over the decades. And every Halloween, it seems, she gets just a little more press, becomes just a little more notorious. And sadly, for historians like me, the public telling of her tale – the story of that day in March 1892, centered on country-bumpkin ignorance and superstition – veers just a little bit further from the truth.

What do I know about Mercy Brown, you might wonder? Why do I know it, you might ask? Well, first off, I do know that no one ever called her Mercy. Like so many folks with Swamp Yankee roots, myself included, her first name was strictly honorary, a way to remember a dearly loved grandparent. Everyone who knew her called her by her middle name, Lena. I can also tell you, for sure, that the very last person to see her before that coffin lid closed (for the first time) was her family undertaker, the man whose name I bear, big George T. Cranston; the final person who gazed upon that same visage as the coffin closed (for the second time) was her family’s doctor, Harold “Doc” Metcalf of Wickford.

This very deeply rooted Exeter family had this Wickford connection due to the fact that Lena’s brother Edwin, known by everyone who mattered as Eddie, worked as a clerk in George T. Cranston’s general store, known as “The Farmer’s Exchange & General Variety Store” at Collation Corners just west of the village. Eddie, like his mother Mary, his sister Olive, and yes, his sister Lena, was dying from tuberculosis by the time March 1892 rolled around, and his father, George Brown, was beside himself over the inevitable loss of his last child. They called it consumption back then, and there could be no better moniker for this 18th and 19th century scourge. You see, tuberculosis literally consumed a person at that time – why, it even consumed families, and yes, whole communities. If you could have, in private, pulled a physician like “Doc” Metcalf aside and gotten him to be quite honest, he would have told you, “There is nothing I or any other medical professional can do about TB; it is in the Lord’s hands.”

So, it is within that context that we should contemplate the events of March 17, 1892, the day that a very reluctant Doc Metcalf witnessed the exhumation of the three bodies of the women of George Brown’s family by a small cadre of unknown Exeter residents. Neither George Brown, who could not bear to see it, nor Eddie, who was on the threshold of death’s door, was present at the time. My ancestor, George T. Cranston, was not there, either – he buried them all, and he knew they were truly dead and would have nothing to do with it. George Brown, though, allowed all this to happen; he allowed his wife and two daughters to be exhumed and examined; he allowed the still extant heart and liver of Lena to be removed.

If he had asked undertaker George T. Cranston why this was so after three months in the ground, George would have told him, “She died and was buried in the winter, her earthly remains were frozen when they entered the grave and would stay that way long into the spring thaw.” He then allowed Lena’s removed organs to be burned to ashes on a nearby bedrock outcrop and then, with trepidation, fed these ashes to his last child, Eddie, whom he was sure to lose as well. In spite of all this, he carried on.

I imagine that Doc Metcalf and perhaps even George T. Cranston and their shared spiritual adviser, Elder Edwin Wood, counseled George Brown that this was not going to make a difference – it was truly in the Lord’s hands. But I bet you none of that mattered to George Brown right then and there. You see, his involvement in this truly bizarre ritual had nothing to do with country-bumpkin ignorance and superstition and everything to do with love and desperation. Then and now, love and desperation drive parents to do anything and everything to save their children. Is there a difference between George Brown, “vampire ashes” and the 19th century, and any number of 20th and 21st century fathers who bankrupted themselves sending their dying wives and children to South America for treatment focused on peach pits or coffee enemas? I think not, and that’s the important fact that most folks telling the tale miss.

The whole Brown clan, along with locally famous revival-style preacher Edwin Wood, rest eternal up at the Chestnut Hill Church graveyard. My compatriot, Exeter historian Sheila Reynolds-Boothroyd, is quick to note that, “All we want here in Exeter is for Lena to be treated with the respect she deserves. She was not a vampire, but a young girl who died a very unfortunate and untimely death.” The folks who maintain the Chestnut Hill Church graveyard want all “to visit during the day with respect for her grave and others in the cemetery.”

Big George T. Cranston and Old Doc Metcalf share the green grass of Elm Grove Cemetery for all eternity as well. I visit them all, at Chestnut Hill and Elm Grove, on occasion, and can’t help but think about the peculiar circumstances that caused all their paths to intersect on that sad, desperate day.

So this Halloween season, as you enjoy the spooky, mysterious festivities of this ancient pagan celebration day, don’t judge George Brown and his Exeter compatriots too harshly. Have fun with superstition and “things that go bump in the night.” But don’t lose sight of the powerful connection of a father’s love. Rest easy, Eddie and Lena. Happy Halloween South County!