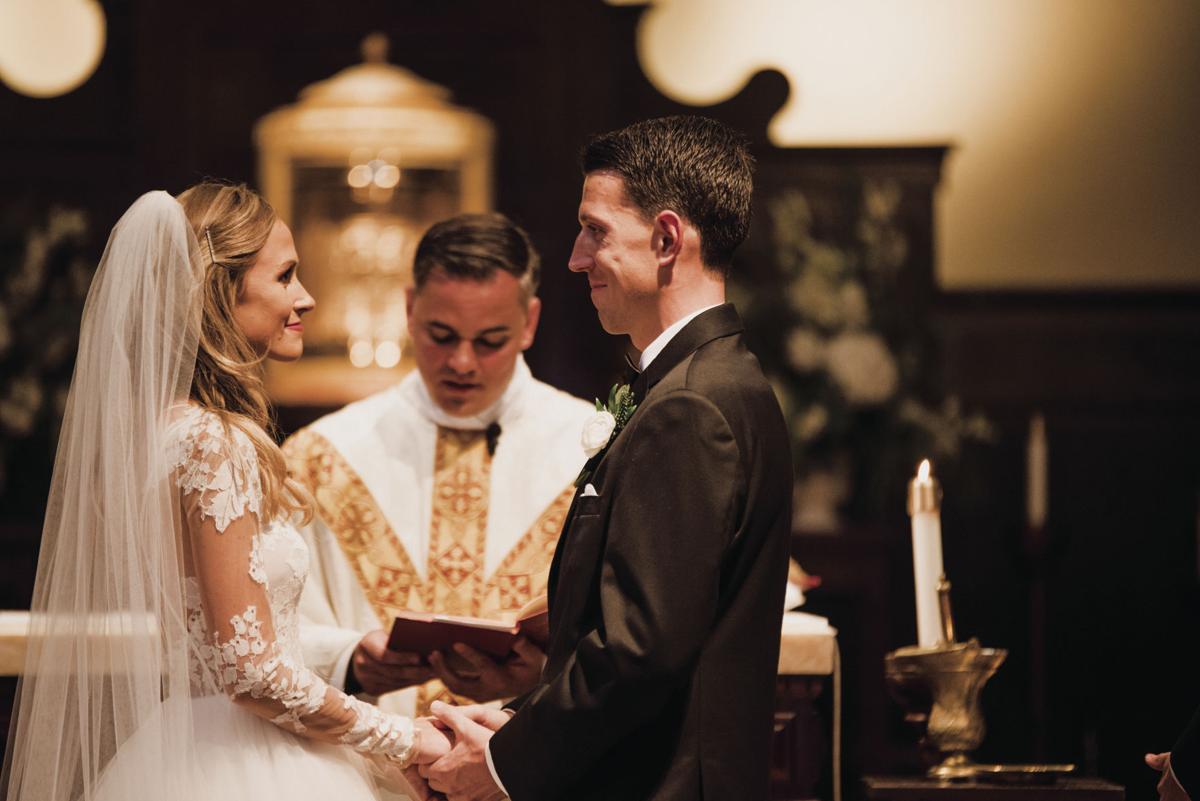 Caitlin Farrell & Erik Spivla said "I do" at St. Peters by-the-Sea in their hometown of Narragansett. 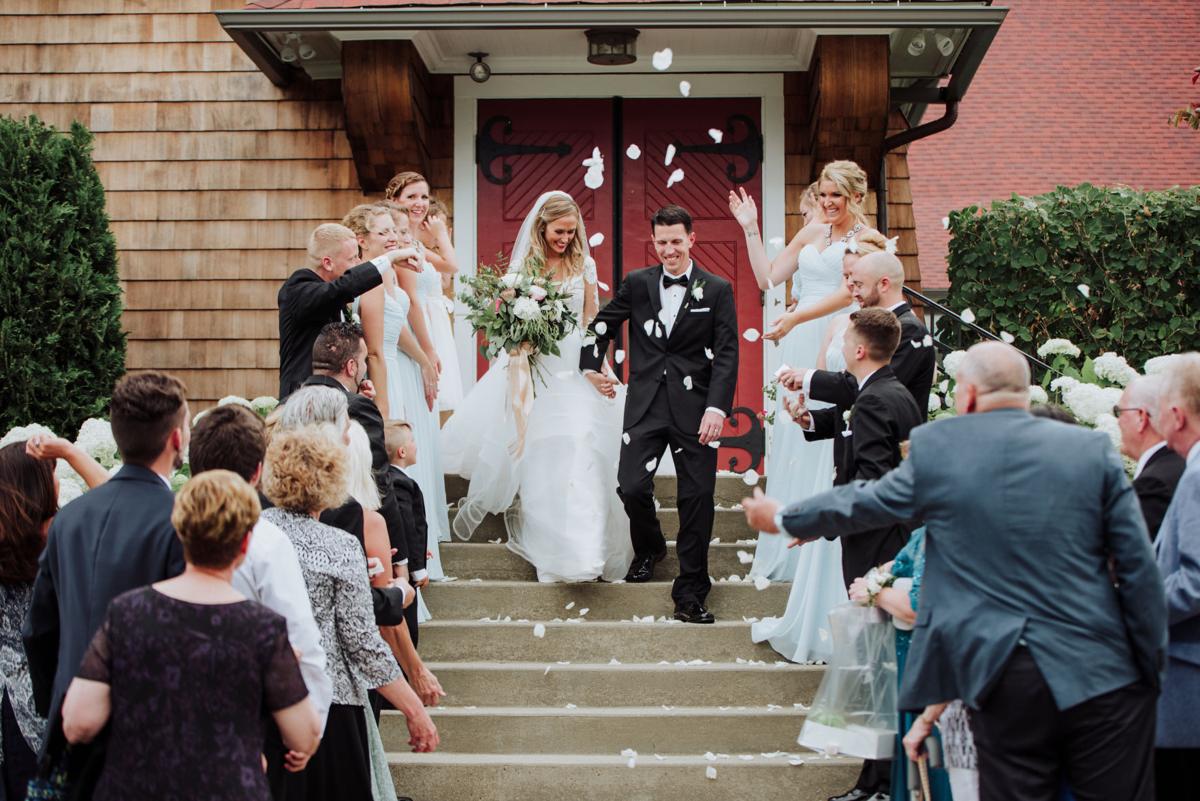 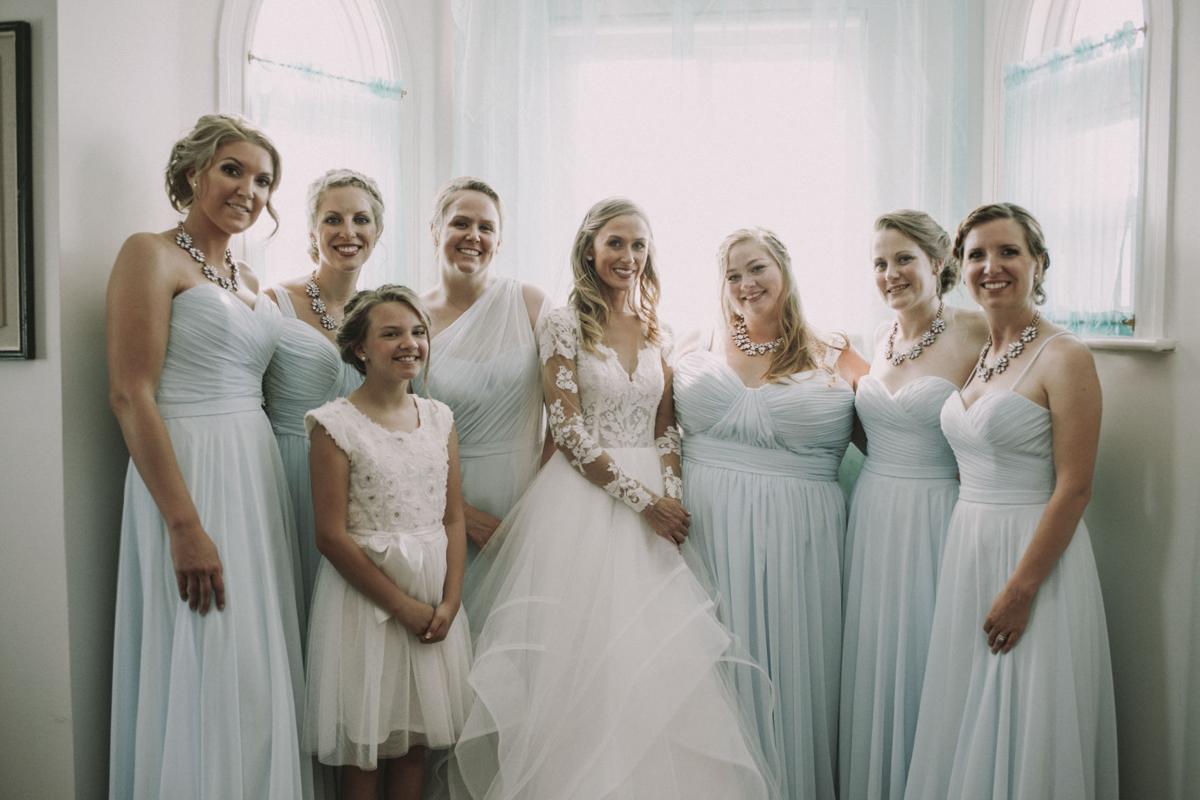 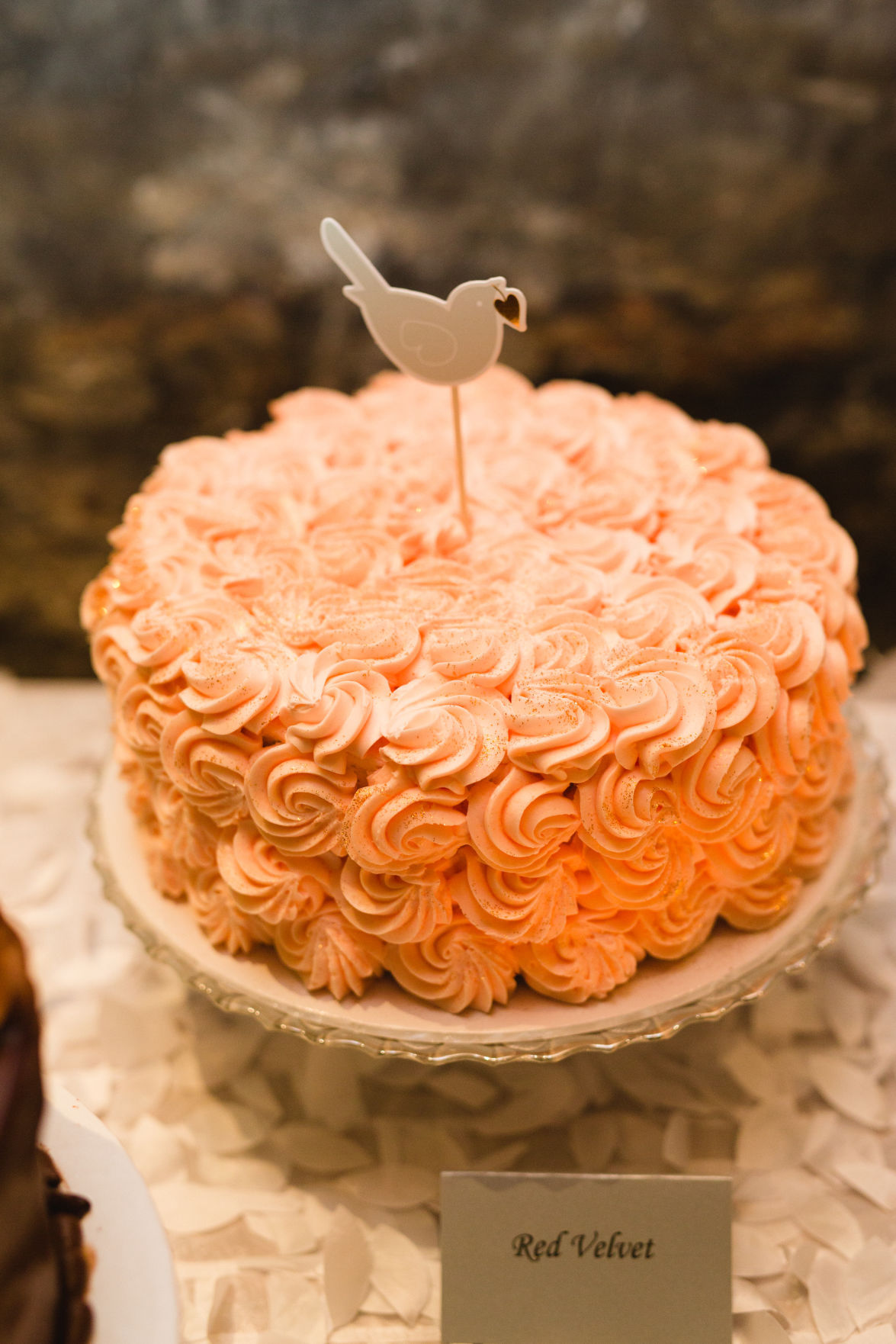 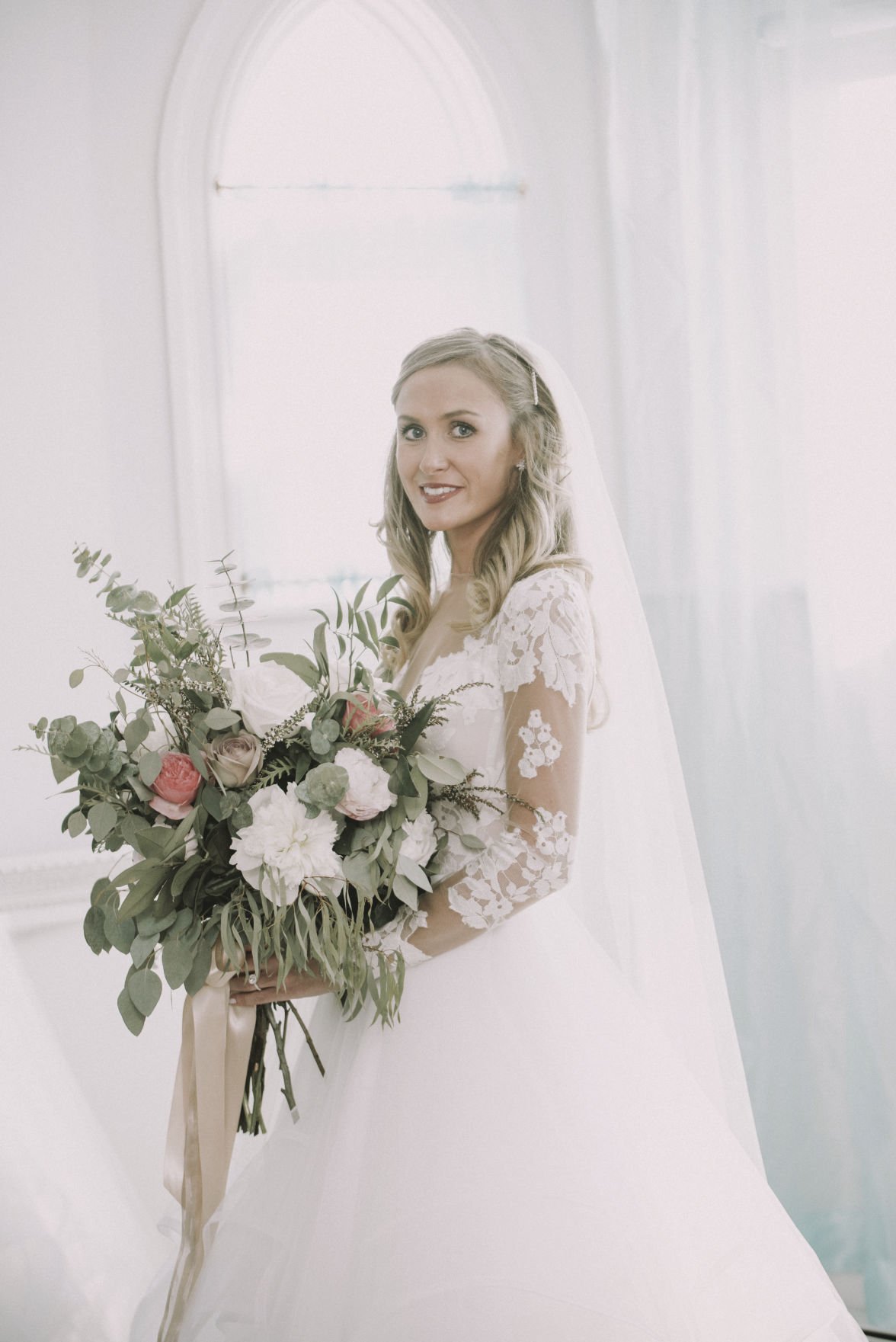 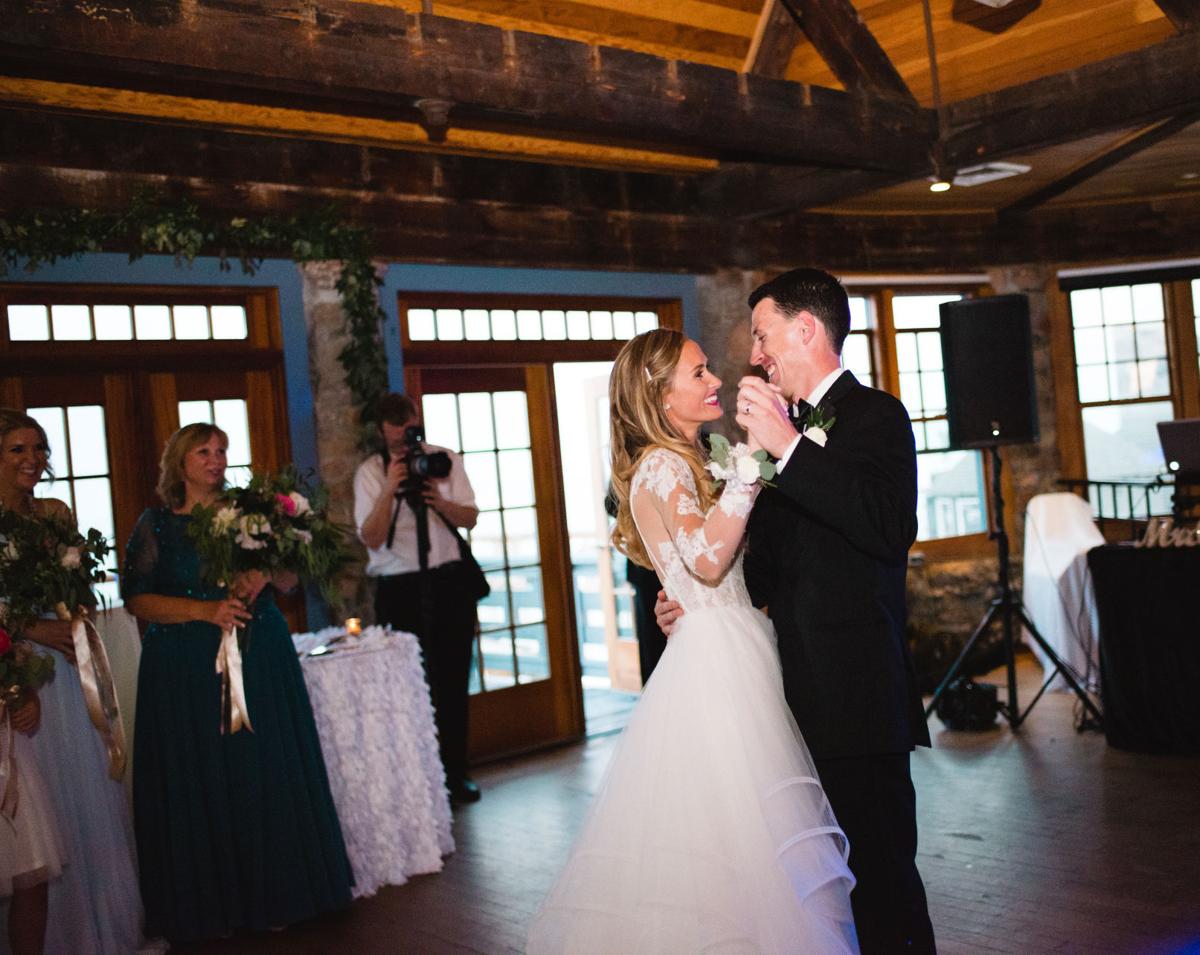 The newlyweds danced the night away at The Towers in Narragansett Pier.

Caitlin Farrell & Erik Spivla said "I do" at St. Peters by-the-Sea in their hometown of Narragansett.

The newlyweds danced the night away at The Towers in Narragansett Pier.

Caitlin Farrell and Erik Spivla were high school sweethearts in Narragansett, but it took some time for their romance to bloom. “There were many times we had passed each other at school or social events and exchanged smiles,” Farrell recalls.

At junior prom in 2001, Farrell and Spivla spoke for the first time, and exchanged numbers, but neither called the other. During another social function, Spivla hurt his hand and Farrell put together an ice pack to help him. It was then, in the words of Farrell’s sister, that the two truly bonded. “We had our first date shortly after that,” Farrell recalls, “and the rest is history.”

During a trip to Florida to celebrate Farrell’s 30th birthday, with the ring hidden in his carry-on bag, the couple took a walk in Ponce De Leon Park, overlooking Charlotte Harbor in the city of Punta Gorda. As the sun set, Spivla set up a camera – ostensibly to record a time-lapse video, but secretly to capture the proposal. “It was the best surprise and the sweetest proposal I could have imagined,” Farrell says.

South County and Narragansett are very special to them, Farrell says. “We are blessed to have grown up here, made our friends and built our lives here, met and fell in love here. Narragansett will always be home, where our deepest roots are.”

The Catholic couple shared their intimate I Do’s at St. Thomas More Church, where Spivla is a parishioner. They celebrated during their reception at another Narragansett icon – The Towers. “We didn’t even ask for a tour or look anywhere else,” Farrell says of the reception venue. “We had been to a wedding there a year before and knew it was exactly what we both wanted, with its rich history, beauty and unbeatable view.”

The couple celebrated their Rhode Island roots through different elements of the festivities, including local vendors such as Del’s Lemonade and Allie’s Donuts and a color scheme to honor the beauty of the area’s sunsets. “There was so much love,” Farrell says of the wedding. “As I was running my fingers along the table with family photos and our guest book signed with beautiful sentiments, my heart was so full and I was at such peace.”

“Caitlin coming down the aisle was pretty magical,” Spivla recalls. “My heart felt so full when her father gave her away and we were up in front of our family and friends together.”