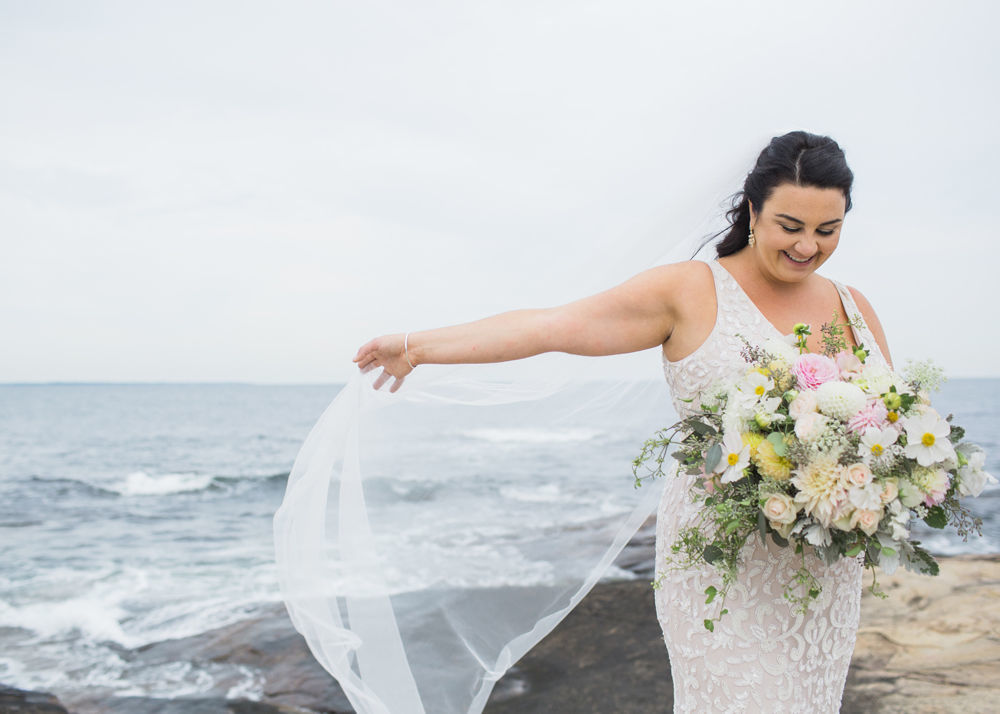 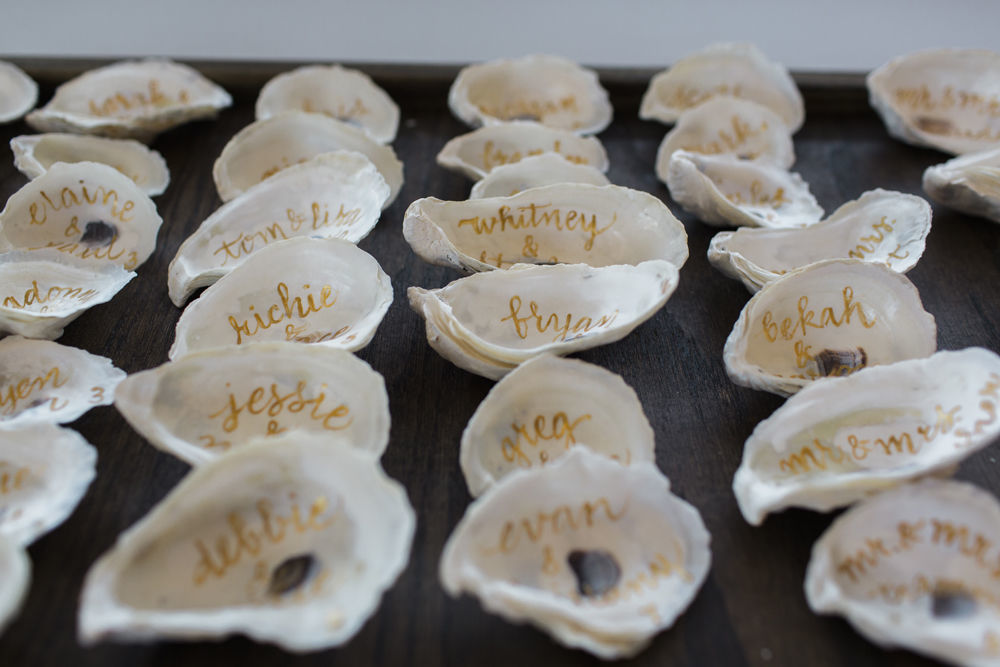 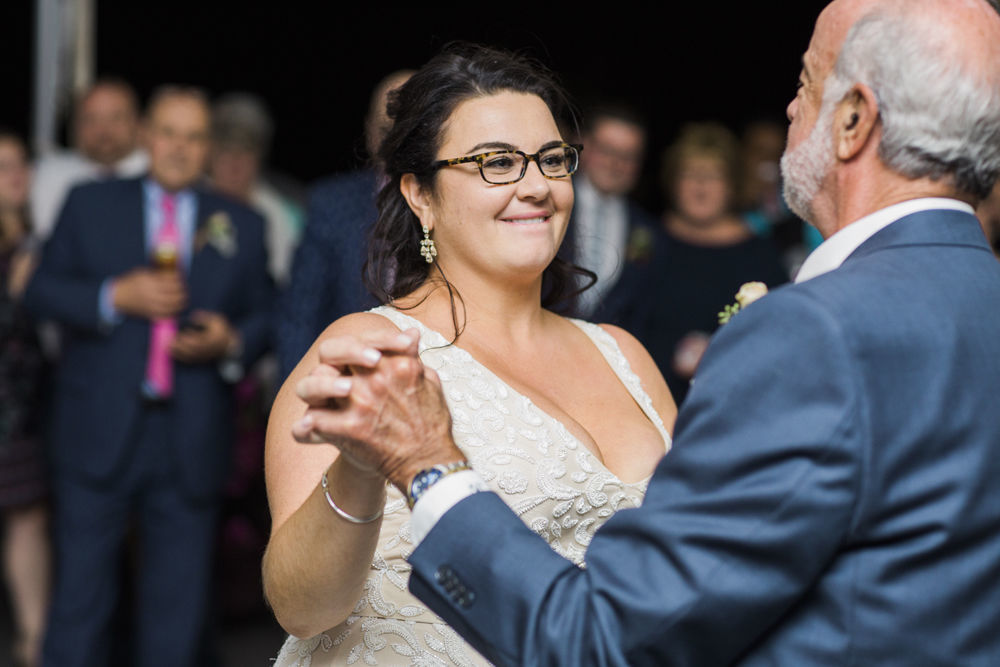 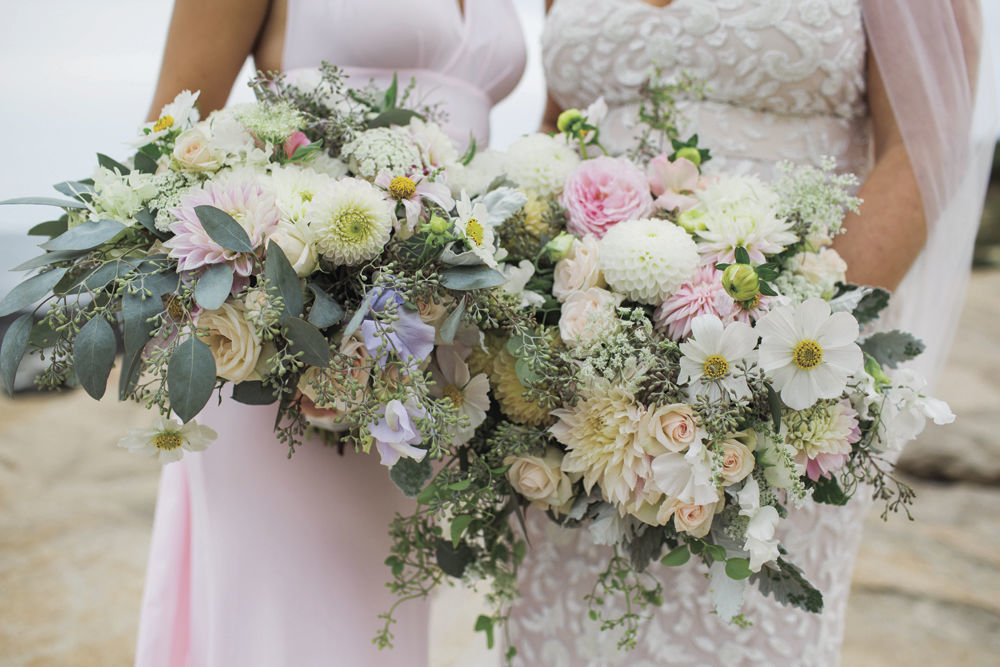 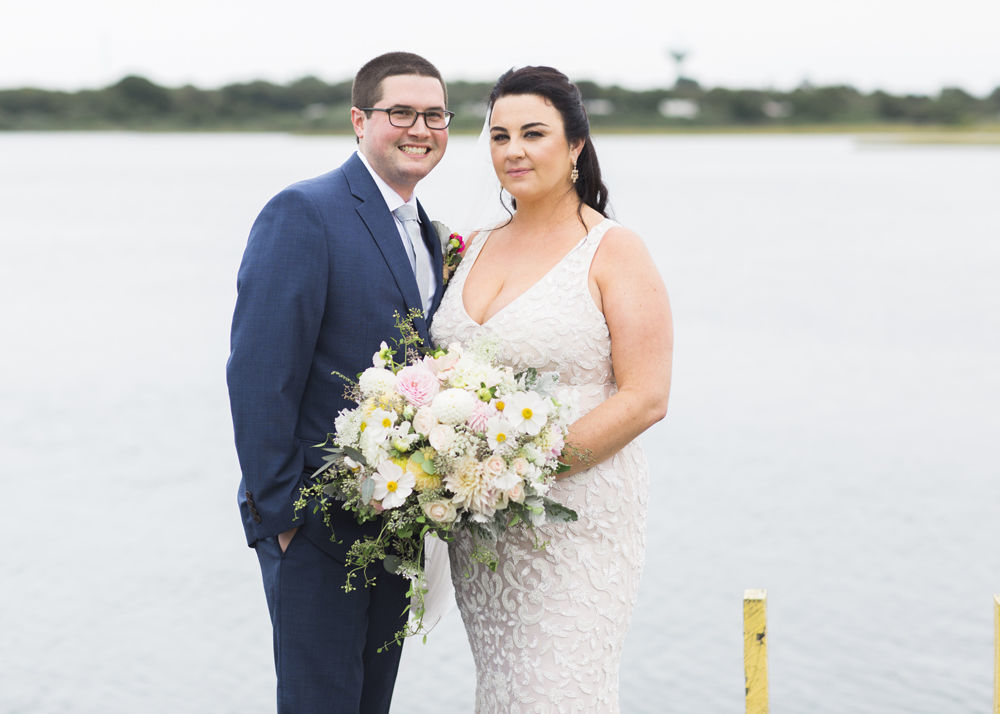 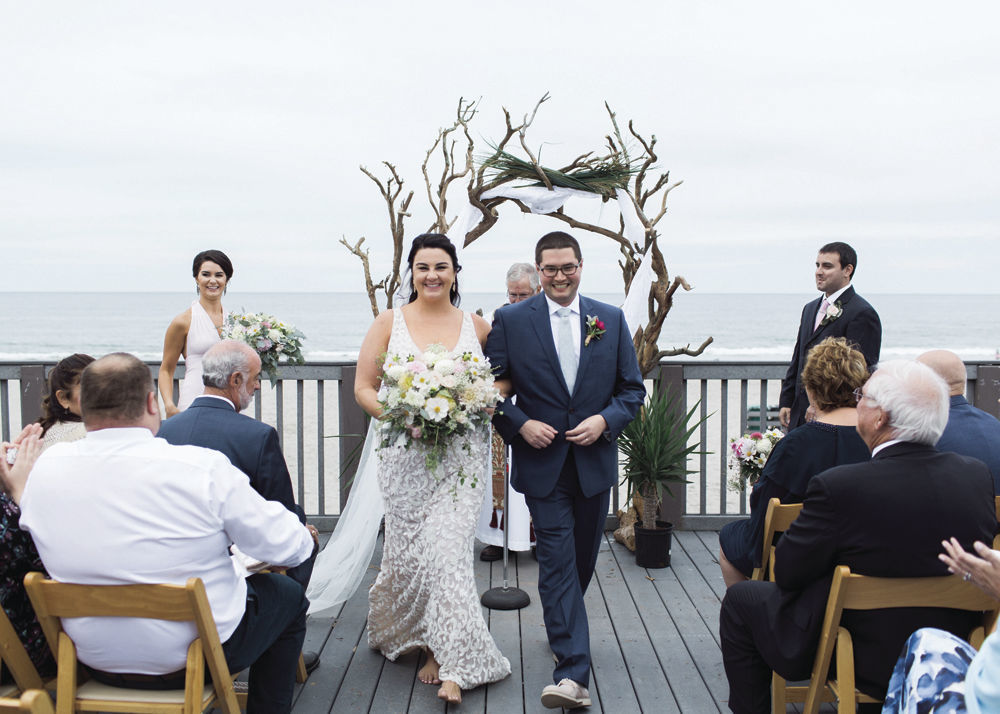 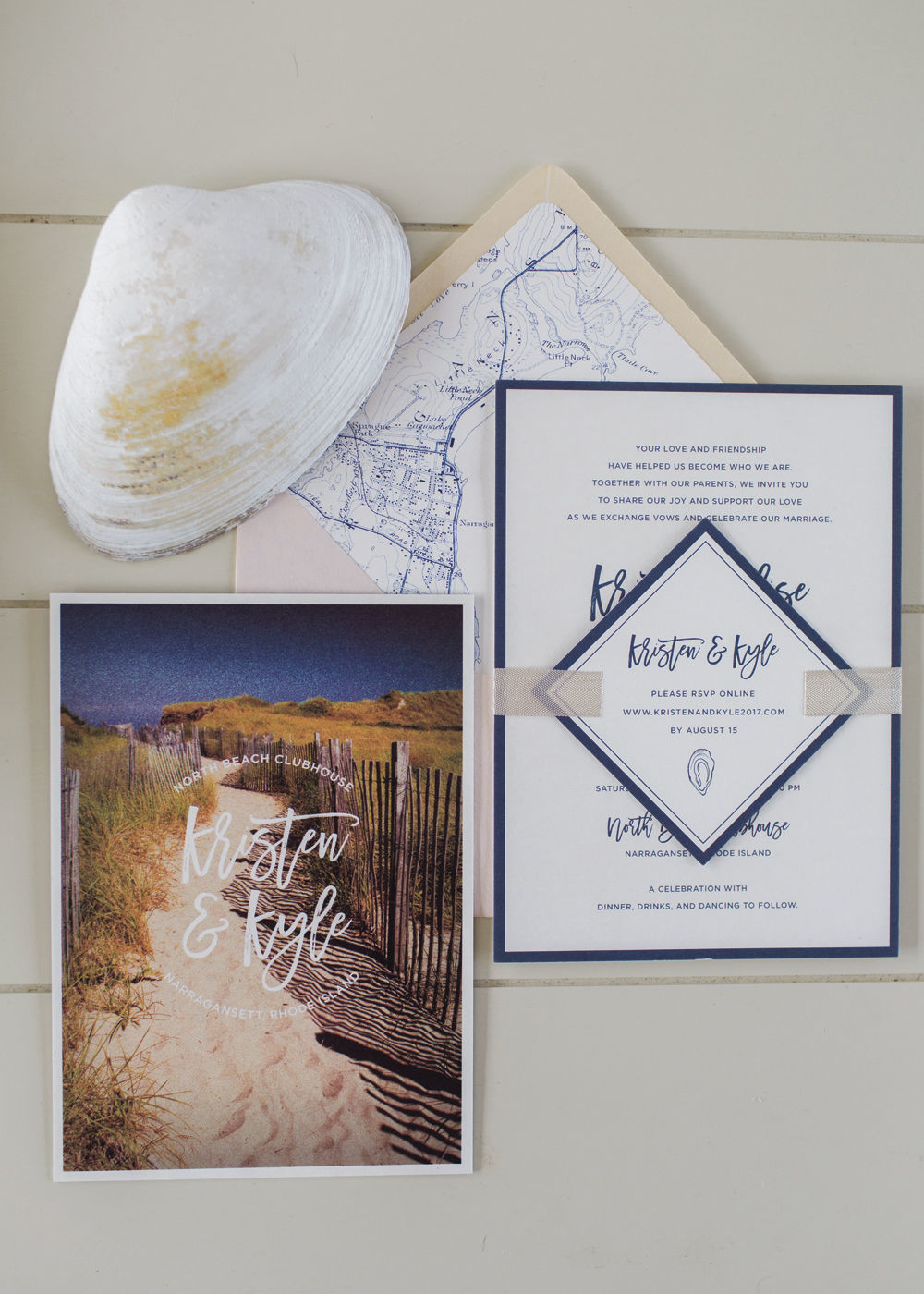 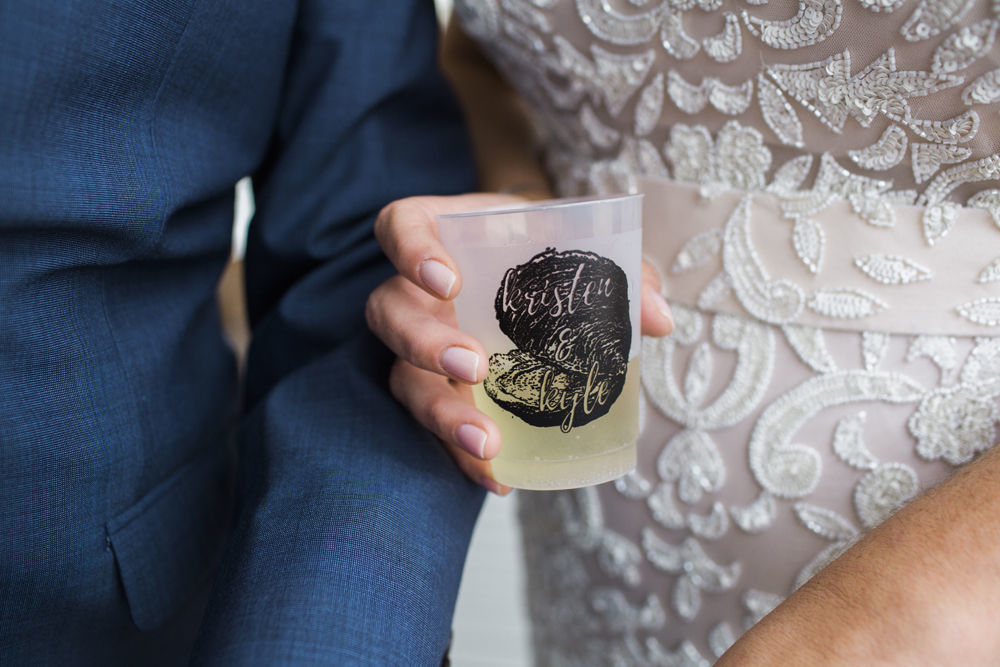 It all began with a dance at an overnight camp in Pascoag. Kristen Mulvey and Kyle Silva, both 15 at the time, connected immediately.

“We each became smitten,” Kristen says.

The two went their separate ways after the camp, although they remained friends on social media. In January 2014, they met for a drink after Kyle sent Kristen a message. The next month, they celebrated Valentine’s Day with a visit to the Narragansett area. “We both agree that the fun we had that snowy day pretty much sealed the deal, and we were head over heels in love with one another,” Kristen says.

Kyle proposed roughly a year later, on another snowy day. As the wedding planning commenced, the couple’s focus turned to South County. “We knew we wanted our wedding to be by the water, preferably on a beach, and the fact that we had so many fond memories of times spent in South County together made it the perfect location for us,” Kristen says.

Narragansett’s North Beach Club House hosted the ceremony and reception. “The simplicity of the space didn’t overshadow the spectacular views, and the idea that we would be completely customizing the venue to our style was an added bonus,” Kristen says.

The festivities had a nautical theme, with colors including light pink, navy, white and gold accents. Kristen wore a Meghan Gown by Lotus Threads, and her sister and maid of honor, Elena Mulvey, wore a ballet pink dress. Kyle and his best man, Chris Teixeira, wore navy suits.

In lieu of gifts or favors, Kristen and Kyle made a donation to Save The Bay. “We both love our state and the beauty of the ocean that surrounds it,” Kristen says.

The day’s most cherished memory, Kyle says, came while taking photos on the beach before the ceremony.

“Being by ourselves for those 20 minutes before the big moment was invaluable,” he says.