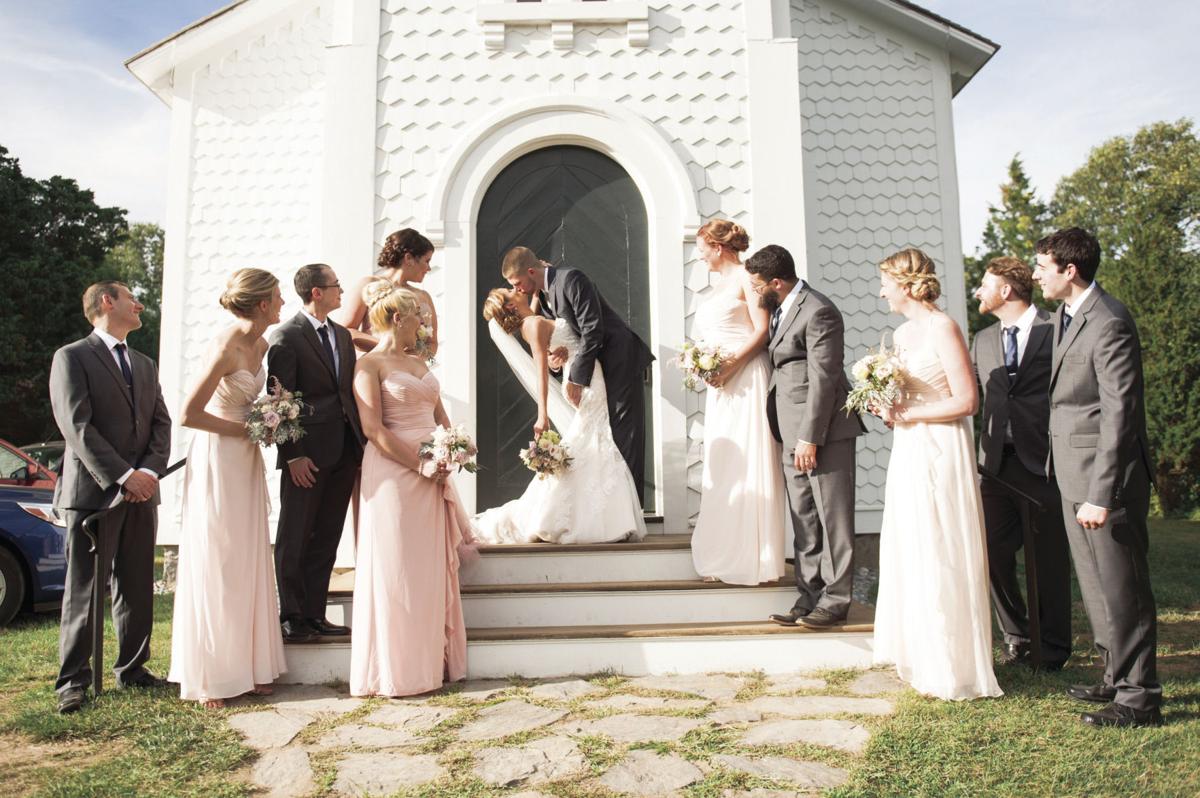 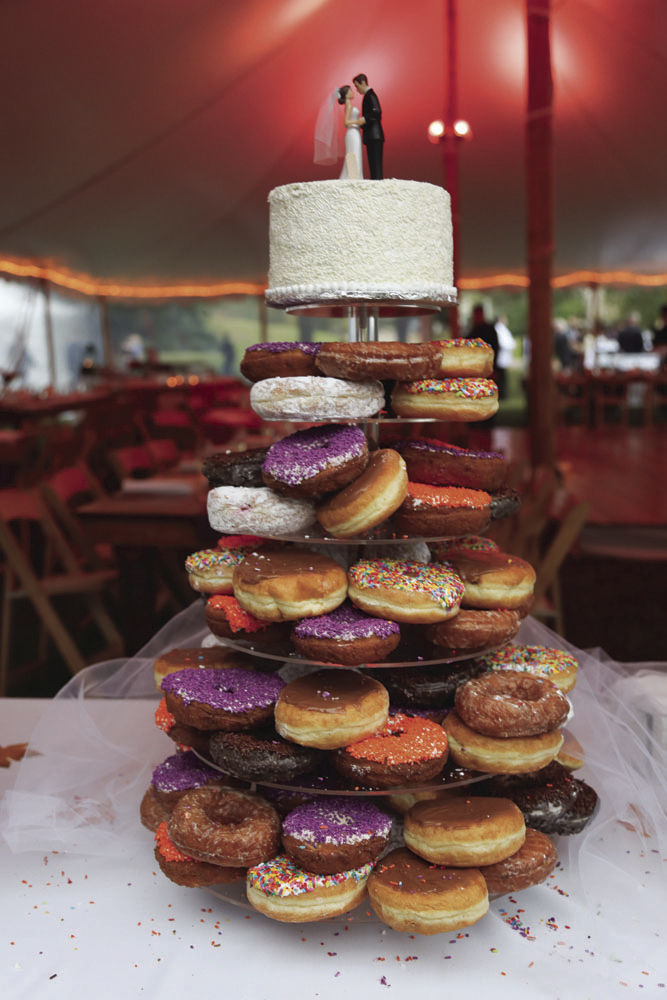 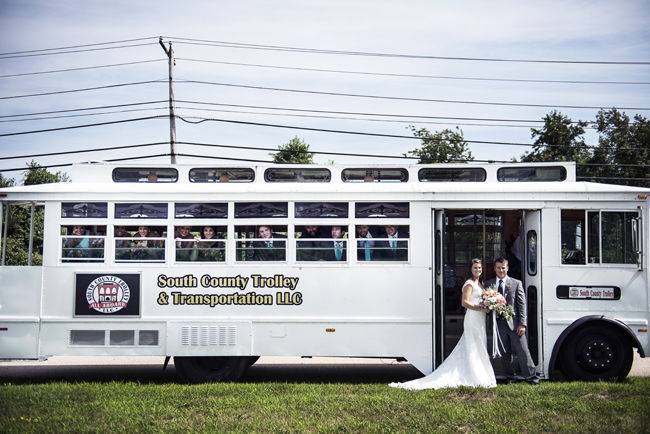 When it comes to planning a South County wedding, vendors say brides and grooms want to celebrate their ties to the area and what makes it unique. Often, that comes through immersion in natural beauty.

Kelly Carlini, owner of Bridal Shows by Kelly, started her business about three years ago after working in conventional corporate events. For the past few Septembers, she has hosted a Rustic Wedding Expo at Camp Hoffman in West Kingston. The clientele typically skews a bit younger, with a mixture of needs but a common focus. “People like this rustic idea ... It’s a casual, laid-back type of wedding, and I think a lot of young people these days are throwing out the traditions and looking for their own special thing,” she says. “A lot of people like this laid-back atmosphere, and it’s everything from wine barrels to mason jars, twinkle lights and lace.”

Despite the casual, outdoor focus, Carlini says traditional elements are not completely eschewed. “You can still wear a beautiful wedding gown even though you’re having a rustic wedding,” she says. “It’s not about brides wearing camo wedding dresses or anything like that. It’s about having a beautiful, country wedding … Literally once you’re past the tower, you can almost smell the ocean air, and it’s a more relaxed, laid back area. South County is not hustle bustle. It’s relaxing, and that’s why people vacation from all over the country here.”

Her event at Camp Hoffman Sept. 24 is the fall counterpart to a spring event Carlini hosts at the Mishnock Barn in West Greenwich. She says, “Your wedding day is your most important day, and you want to like the photographer or DJ you’ve hired for your wedding. You want to hire the person you’ve connected with.”

Couples are also incorporating other elements of life in South County into their nuptials. Betsy Sullivan, co-owner of South County Trolleys, says the wedding season now extends deep into fall for her company, which she and Corey Sullivan purchased from Narragansett’s Ted Wright in May 2014. They’re typically booked every weekend from Memorial Day to the last weekend of October. “Actually, September and October are just as busy as June for us,” she says. “I think it’s beautiful, and the tourists have cleared out, so there is more availability for guests and the timing makes sense for a wedding.”

The South County Trolley fleet includes five trolleys and a Bentley, which Sullivan says allows enough flexibility to have different themes. “We have done the Roaring ’20s, because we do have the Bentley, and they asked the driver to have appropriate clothing,” she says, remembering the theme of a particular wedding. “Every guest had the clothing, and it was a really, really unique ceremony.”

Sullivan says when she has asked guests why they are marrying in South County, there is typically a historical, personal tie to the area. “We find a lot of customers in the summer went to the University of Rhode Island, or they have childhood memories of Rhode Island, and they come back here to get married,” she says.

Sullivan, an Illinois native who has lived in Rhode Island since 2004, echoed Carlini when it comes to what makes a South County wedding unique. “What is really cool about South County is that you can have an elegant affair that still has a beach feel to it,” she says. “You can have the same venue, and we’re not really pigeon-holed to say, ‘Oh we only have high-end affairs.’”

Of course, no wedding with local flavor would be complete without a nod to South County’s culinary staples. Julie Michaels, owner of JDP Cake & Favors, is the only authorized provider of wedding-themed Allie’s Donuts cakes. She is the granddaughter of the iconic donut company’s founder, Frederick Alvin “Allie” Briggs Jr.

Michaels made the first cake for her own wedding in 2008, and soon got requests to repeat the effort because of its popularity. “It just kind of took off,” she says. “It occurred to me that I could stack the donuts to have a sort of cake, to involve my family [history]. The next spring, someone came into the donut shop when I was working and asked if it was something we could do, and I showed her the picture.”

Michaels says she typically offers three options – a large donut tower, stacks of donuts, and donuts spread out widely on a table in a particular design. She did 50 weddings in 2016, and has already exceeded that number for 2017. “I already have people booked for next year, and donuts are really trendy right now,” she says.

Michaels says themes and color schemes requested for donut cakes involve the state’s beaches or URI. She recalls one wedding at Quidnessett Country Club in which both the bride and groom were alumni of the university – “They had me change the frosting to the URI colors,” she says – and another at Narragansett Town Beach in which she used brown sugar and chocolate seashells to fit the day’s theme.

“Every bride has a different take on what colors they want and how they want the donuts specifically arranged,” she says. “The couples that call me, a lot of them are coming back to Rhode Island for their wedding, so they want everything to have that Rhode Island feel.”