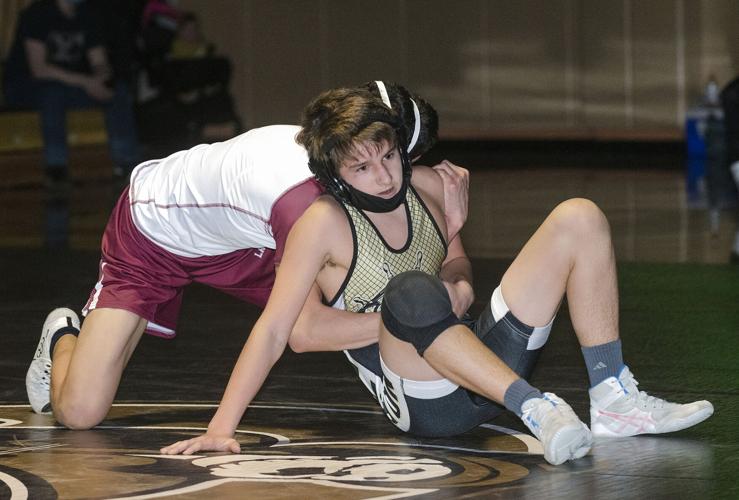 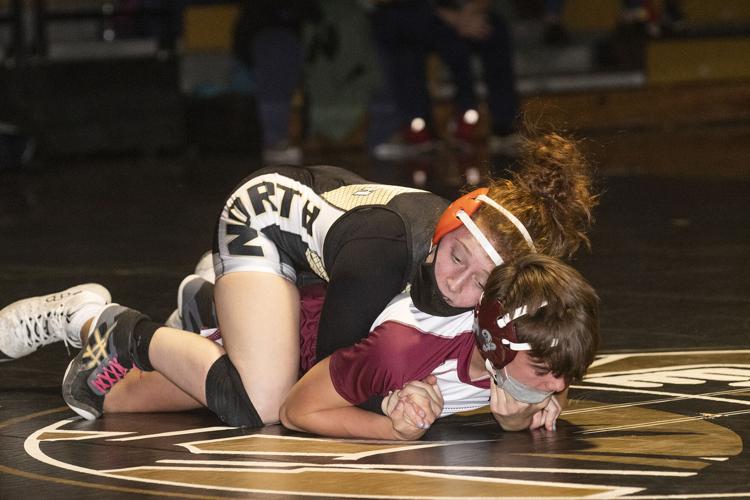 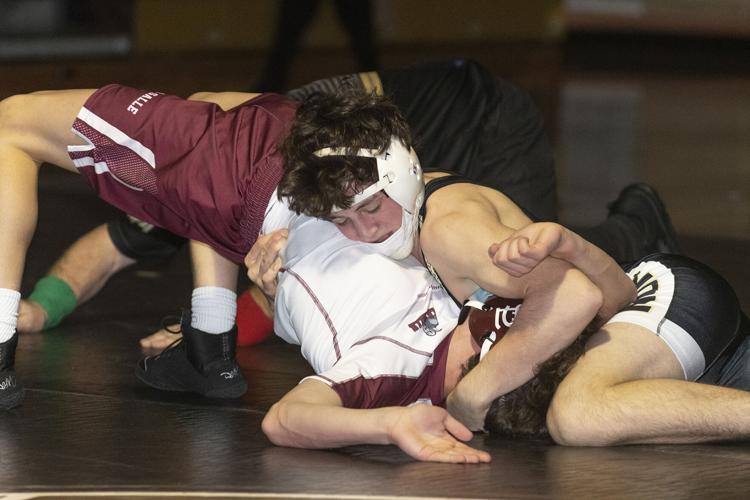 NORTH KINGSTOWN — When North Kingstown wrestlers won on Thursday night, they won big, and the result was their team’s first Division I dual meet victory of the season.

Seven of eight victories came via pin as the Skippers beat La Salle 53-27. With a strong core of top-tier wrestlers and some emerging youngsters, that’s what the Skippers are capable of on a given night, even though they had fallen short in their first three league dual meets of the season.

“Our top guys, they did what we expected them to do tonight,” said assistant coach Josh Clare. “They love wrestling under the lights and they’re great wrestlers. Our younger wrestlers had some key matches, too. Bryce Cogswell wrestled phenomenally well. Norah Swaim wrestled great. Alex Owens lost by decision. So we had everybody contributing tonight. It was a fun night.”

The Skippers have the makings of a very strong tournament team. Their depth is still developing, so dual meets are a little more of a question, but they had shown potential even before Thursday’s win. Just before Christmas, the Skippers tied Cranston West. In their first match of the new year, they lost to perennial powerhouse Cumberland by just six points.

“Our top five guys, we know what we’re going to get out of them,” Clare said. “The rest of the guys building experience and learning how to win is great. They’re getting better every time they take the mats. I can’t wait to see how high we get as a team.”

Thursday’s win was certainly a good step. La Salle actually scored the night’s first pin in the opening bout, but it was all Skippers from there. Sophomore Bryce Cogswell dominated the 113-pound match for a technical fall in the third period. Sophomore Norah Swaim followed with one of the most exciting matches of the night. In a back-and-forth tilt with Aidan Tucker, Swaim was clinging to an 8-7 lead when she pinned Tucker in the third period.

Tyler Schartner made it two pins in a row, catching Thomas Lynch in the second period at 126 pounds. Connor Swaim made quick work of Andrew Medeiros with a first-period pin at 132. Phillip Neiman upped the streak to four with a pin of Alexander Dupont in just 22 seconds at 138.

A La Salle forfeit at 145 put the Skippers up 35-6. La Salle briefly kept its comeback hopes alive when Robert D’Alessio beat Alexander Owens at 152, but Aidan Zarrella quickly slammed the door. The reigning state champ scored a first-period pin of Owen Baute at 160 that clinched the win for the Skippers.

Seamus Rooney at 170 and Noah Daylor at 195 added two more pins to the total as the Skippers finished off the victory.

The win was the highlight of a good night for wrestling at multiple levels. Middle school teams squared off before the varsity match, and the Skippers also welcomed in a host of alumni.

“The middle school night is always fun,” Clare said. “They didn’t get to wrestle last year, so this is a big year for rebuilding the program. It’s fun having them here. And alumni night, it’s always fun seeing a lot of old faces.”

North Kingstown’s next dual meet is set for Thursday at Mt. Hope.