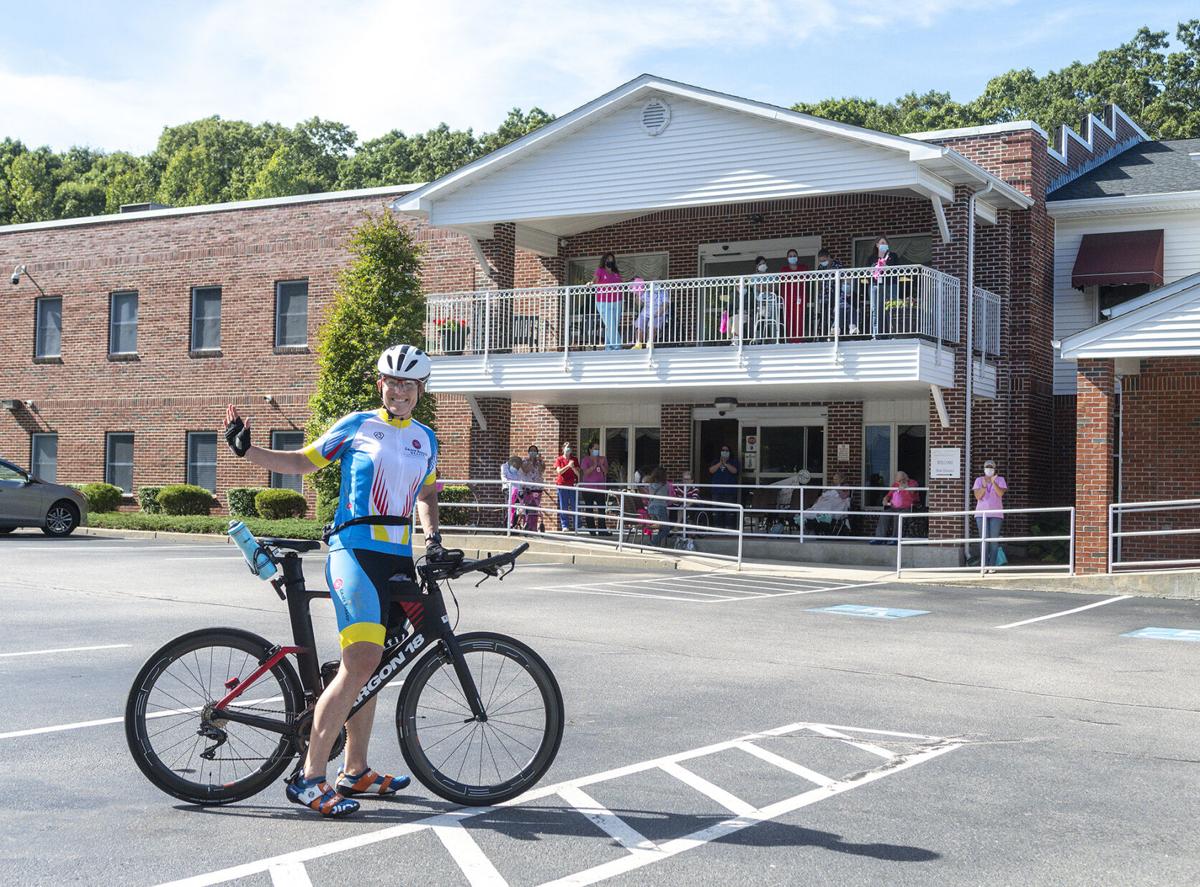 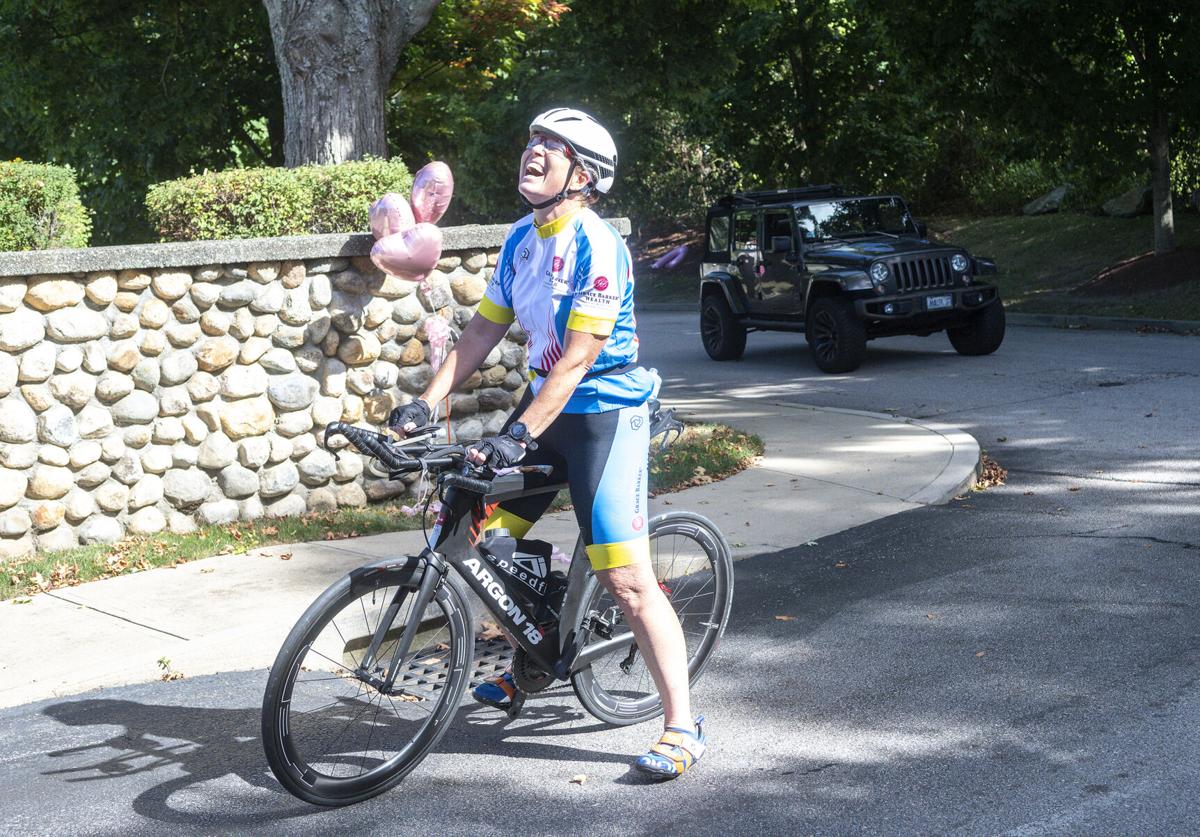 Dianna Shaw felt a different trait was more important as she hopped on her bike in South County on Saturday.

“I am completely not talented. If you saw me in the grocery store, you wouldn’t think I was particularly athletic,” Shaw said. “But I am stubborn.”

That quality served her well as she embarked on the Tour de Care, a 100-mile ride and fundraiser for a non-profit called TLC4LTC, which supports nursing home residents and staff. The effort has yielded more than $5,000 for the charity.

“The community came together and was very supportive. I was shocked at the enthusiasm over my idea and how it just took off like wildfire,” Shaw said. “The whole event was a lot of fun.”

The 52-year-old Barrington resident worked in nursing homes for 25 years before joining the team at Neighborhood Health Plan of Rhode Island. Seeing nursing homes hit brutally hard by the coronavirus pandemic sparked the idea of doing something to help.

“It was a tough industry pre-COVID, but COVID has added a whole additional layer of complexity,” Shaw said. “Around Father’s Day, I was so sad that the visitations were still so limited. It was really quite heartbreaking to me. I just said, ‘Somebody needs to draw attention to this – to these hard-working employees and these residents who are just showing so much resilience.’ I thought we needed to change the narrative and celebrate their fortitude instead of focusing on the trudgery of this.”

Shaw has done some fitness events over the years. When the idea came to her, she immediately hooked on to the concept of a charity bike ride.

“I do some athletic events but this was my first self-organized, charity event because the cause was near and dear to my heart,” she said.

Familiar with the TLC4LTC organization, she reached out to president Pamela Bibeault, who signed right up.

“We are thrilled to have Dianna dedicate her time, athleticism and love to our charity,” Bibeault said in a press release. “It’s rewarding to know so many people care and want to help at a time when the nursing home residents and employees need it so much.”

TLC4LTC has donated thousands of dollars to nursing home employees who had a special wish or need and granted many wishes to nursing home residents since its establishment in 2018. Its primary fundraiser this year was canceled due to the pandemic, so Shaw’s charity ride was a perfect fit.

“It was totally impulsive. Pam said, ‘OK, we’ll make it happen,’” Shaw said. “A couple of weeks later, I’m on my bike for 100 miles. It was really great. If you had said, ‘You would be the main fundraiser to make wishes for residents,’ I would have said you’re crazy. Now, I’m trying to figure out how we can make everything happen. The wishes are usually so simple. They just take money and effort. This non-profit finds that money and effort and makes those wishes happen.”

Shaw was joined on the ride by Jennifer Krueger – the pacesetter and planner of the route – Ande Frost, Heidi Gill and Sue Lepry.

In planning for the ride, Shaw set out to incorporate the nursing home community. The crew departed from Westerly Health Center bright and early Saturday morning, just after 6 a.m. She stopped along the way at Scallop Shell Nursing and Rehabilitation Center in South Kingstown and South Kingstown Nursing and Rehab Center. The ride concluded at Roberts Health Centre in North Kingstown, complete with a pink ribbon finish line.

“The nursing homes that were our water stops did these awesome cheers, they had pom-poms,” Shaw said. “It was awesome. It was a really great way to draw attention to this – for people to say to the residents, ‘We’re thinking of you even though we have to maintain social distance,’ and to the staff, ‘Thank you for committing to do this really hard work in this really hard time.’”

Her stubbornness helped her push through the last few miles, keeping in mind those who have had to push through a whole lot more.

“I was really choked up,” she said. “They had the finish line ribbon. The residents and the staff were all cheering on the front porch. Sure it was for us, the riders. But it was more for them, a celebration for them.”

Donations are still being accepted at charity.gofundme.com/o/en/campaign/tour-de-care-for-tlc4ltc.

Has COVID-19 altered your plans or traditions for Halloween this year?

As seen in this week's Independent, the coronavirus pandemic isn’t scaring away all trick or treat festivities this year, but it has put a fright into holding some of them in local towns. Spooky yard displays, creative contests and socially-distanced candy giveaways are keeping local holiday traditions alive. Yet, this real virus monster has killed off some costume parades and door-to-door visits relished alike by candy seekers and those normally handing it out. With that in mind, has COVID-19 altered your plans or traditions for Halloween in Southern Rhode Island this year? Let us know by voting in this week's poll below: