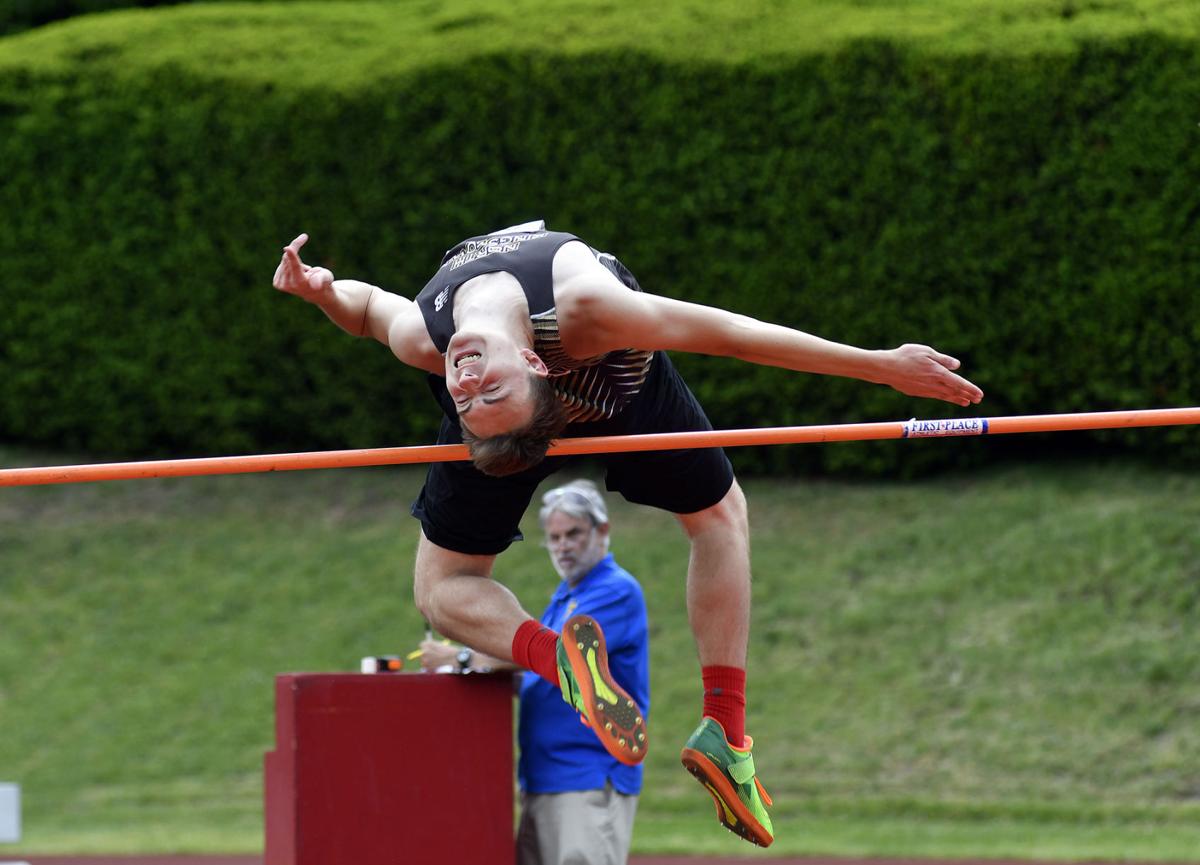 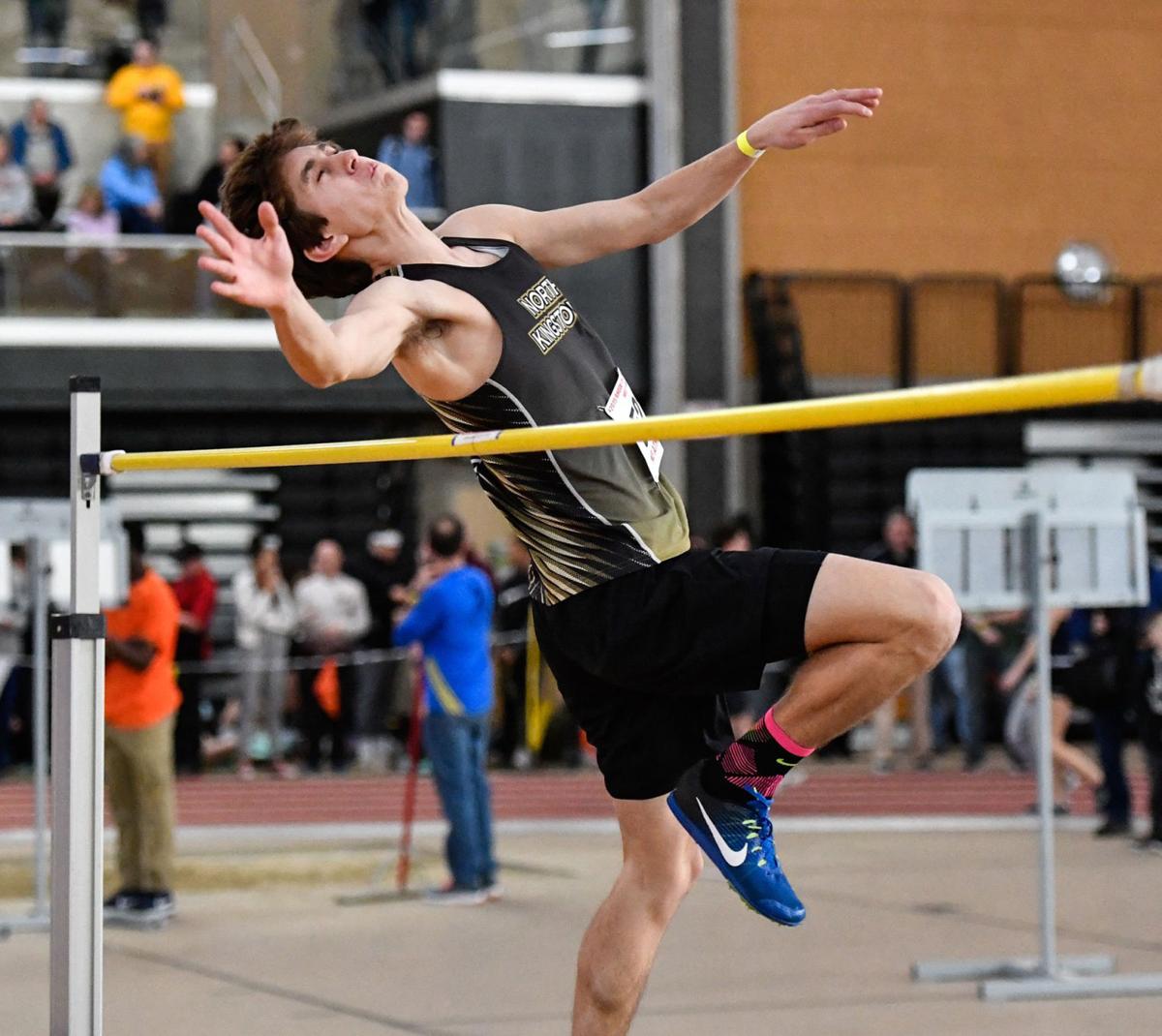 North Kingstown’s Brandon Bolster and Riley Lalonde both won state titles in the high jump by clearing that mark. They were aiming to reach new heights this spring, but they were also looking forward to keeping the bar in place for the jumpers who are next in line.

“Riley and I wanted to make this year all about bringing all the younger kids up,” Bolster said. “With me and him leaving, we wanted to set a precedent for the new kids, and we wanted to make them great high jumpers. Just like when we were freshmen, the seniors showed us the ropes, taught us all the techniques. That was our main focus this year.”

“Just letting the younger kids know they can do it and that it is possible to win those big meets,” Lalonde said.

With the coronavirus pandemic cancelling the spring sports season, the success of the Skipper standouts in those big meets will have to speak for itself, and thankfully it comes through loud and clear. Lalonde won the indoor state championship in the high jump in 2019. Four months later, Bolster won the outdoor state title. It was a one-two punch that left both of them as champions, a rare feat for teammates who ply the same trade.

Lalonde was the first to ascend to the top of the medal stand. He won division and class championships in the 2019 indoor season. He didn’t necessarily expect to win gold again on the biggest stage, but the opportunity was there and he seized it.

“It was great,” Lalonde said. “Going into it, I wanted to beat what I did the previous year, which was division champion. So I wasn’t really looking to win states. But as we started getting up to the higher heights, I knew I actually had a chance. I just gave it my all and it ended up working out in my favor.”

Bolster was right next to him on the podium as the runner-up. They actually cleared the same height – 6-02 – but Lalonde needed fewer attempts to do it, which served as the tiebreaker.

That spring, Lalonde had a bout with pneumonia that kept him out of the division and class championships. The state meet was his return to action and he wasn’t at full strength. He settled for 10th place – but he was happy to be there to cheer on his teammate. Bolster cleared the same height he had reached at indoor states – 6-02 – and this time, it was good enough for a title of his own, the culmination of years of hard work.

“Eighth grade, I won the championship for high jump,” Bolster said. “That made me think maybe I could do it again in high school. I just had to put some more effort into it, more practice, after school every day. I definitely worked hard at it.”

The high jump became Bolster’s primary specialty at the high school level, and he embraced the quest for improvement.

“My coach tried me out for triple jump, the long jump, the high jump,” he said. “High jump just stood out to me because I had never seen it before. Kids jumping heights I never thought was possible. Four years later, I’m doing what I thought was unthinkable freshman year.”

Like his teammate, Lalonde also started the high jump in middle school. Watching a friend’s sister compete in the event was enough to pique his interest. Also a soccer player, he possessed qualities necessary for success in running events, but was drawn to the field.

“I tried running events. I started off trying sprinting. Sophomore year, I moved to longer distances,” he said. “That whole time, I was doing high jump and something about it was just different, and that’s what I liked. Not a lot of people did it, and it took a different kind of skill than just running.”

With their junior-year championships behind them, Bolster and Lalonde were back at it this year during the indoor track season. Bolster finished third at the state meet, while Lalonde took sixth. They were both hoping for better showings at outdoor states.

“I’ve seen kids before me just lose it as time went on,” Bolster said. “I didn’t want that to happen. I actually got a box jump set for Christmas. Every day, I was doing 10 or 15 jumps. Got a jump rope and trained.”

As always, they were ready to push – and support – each other.

“Some meets, he would get a better height. In other meets, I would do better,” Bolster said. “It was a good head-to-head, but at the end of the day, we’re on the same team and that was what made us be better than the other kids. We’re challenging each other.”

“We’ve been friends since before either of us did high jump,” Lalonde said. “We had a little bit of competition during the meets, but we’d also be cheering each other on. That was always helpful. Practicing, we didn’t have that much time with the coach since it’s such a specialty event, so having someone who’s pretty much the same skill level was very helpful.”

Both Bolster and Lalonde are planning to attend the University of Rhode Island in the fall, though they’re not sure if they’ll try for spots on the track and field team. As they leave North Kingstown, their championship legacy endures, even though they didn’t have the opportunity to cement it.

“As much of a bummer as it is, I’m still happy with how my past few years turned out,” Lalonde said.