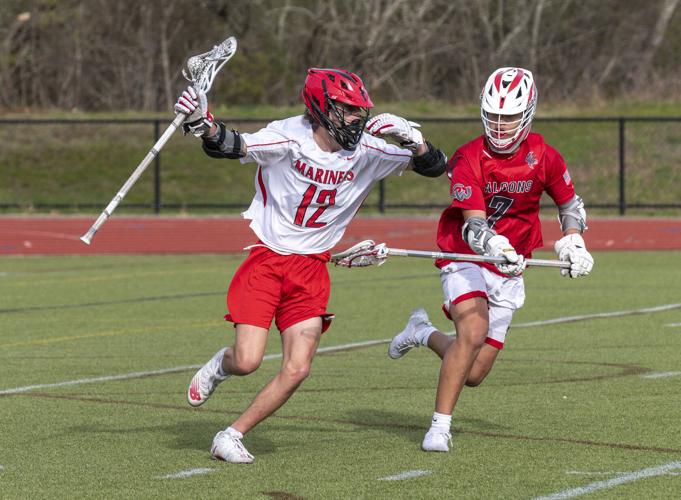 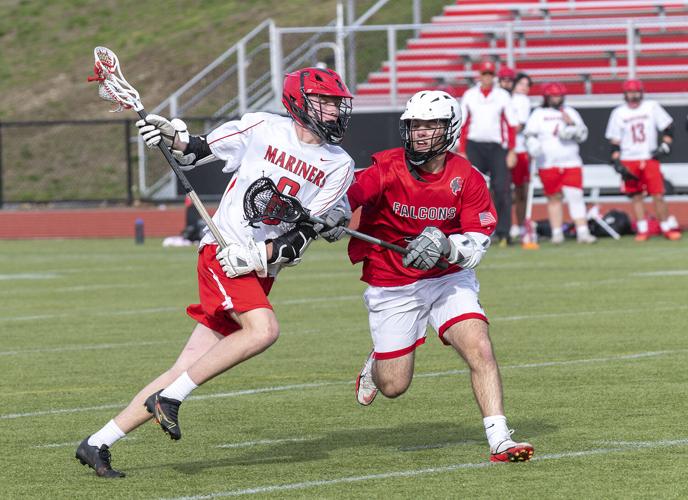 NARRAGANSETT — Thursday’s showdown between the Narragansett and Pilgrim boys lacrosse teams looks more intriguing every day, and the Mariners are certainly doing their part.

With a 10-7 win over Cranston West last Thursday, the Mariners pushed their winning streak to five games. Their only loss of the season came in their first meeting with Pilgrim on April 13. A month later, the Patriots remain unbeaten and atop the Division III standings, while Narragansett is in second place at 7-1. The teams will meet today at 4:30 in Warwick.

“We’ve got Pilgrim coming up so that will be a good test,” Narragansett head coach Mark Chafee said. “They haven’t lost a game. It looks like we’re the two best teams. We’ll see if we can give them a good run for their money up at their place. I think we can. I think we have a little more balance, but they have a couple of really good players that we’ve got to figure out how to stop.”

Narragansett won its first two games of the season before the loss to Pilgrim and has been perfect since then. Most of the wins have been lopsided but the victory over Cranston West last week was hard-earned. The Falcons saw the Mariners in the season opener and posed another test in the rematch. A good start put the Mariners up 4-1 in the first quarter, and they kept the Falcons at bay from there.

“Much more athletic team,” Chafee said. “The last few, it’s been a lot of freshmen and sophomores out there. This was a good test.”

The Mariners led 6-2 at halftime, then scored the first two goals of the second half for an 8-2 lead. A goal by Colin Patrick capped a back-and-forth stretch and made it 10-4 heading into the fourth quarter.

The Mariners were shut out from there, kept off the board for the entirety of the fourth quarter, but strong defense and some key clock-killing possessions helped them hold off the Falcons. Cranston West’s goal with 6:08 left that made it 10-7 was the last tally of the game.

“They’re a tough team,” senior defender Colin Flynn said. “They play hard and physical. We just had to make the plays we needed to make to win the game.”

The defensive success is nothing new for the Mariners, who have yet to allow a team to reach double digits in scoring all season. Flynn, Luke Webster and Hunter Massey have been leading the unit.

“Most of them have been in the system so they understand what they’re doing,” Chafee said. “Colin is probably the best athlete in the league. All the guys are playing really well. What I’m really happy about is that we can get the ball up and out effectively. We get a lot of easy goals that way.”

At the other end, Narragansett’s scoring was spread out. Patrick led the way with three goals. Seven other players scored one goal each. Braden Massey had a goal and three assists, while Flynn and George Fogarty each had one goal and one assist. Noah Gartner, Dante Ianelli, Jackson Fogarty and Lucas Masson scored one goal apiece. Goalie Shane McNally made 10 saves.

After the matchup with Pilgrim, Narragansett will have just three games remaining in the regular season – one against Rogers, one with Toll Gate and the season finale May 20 with PCD/St. Raphael.