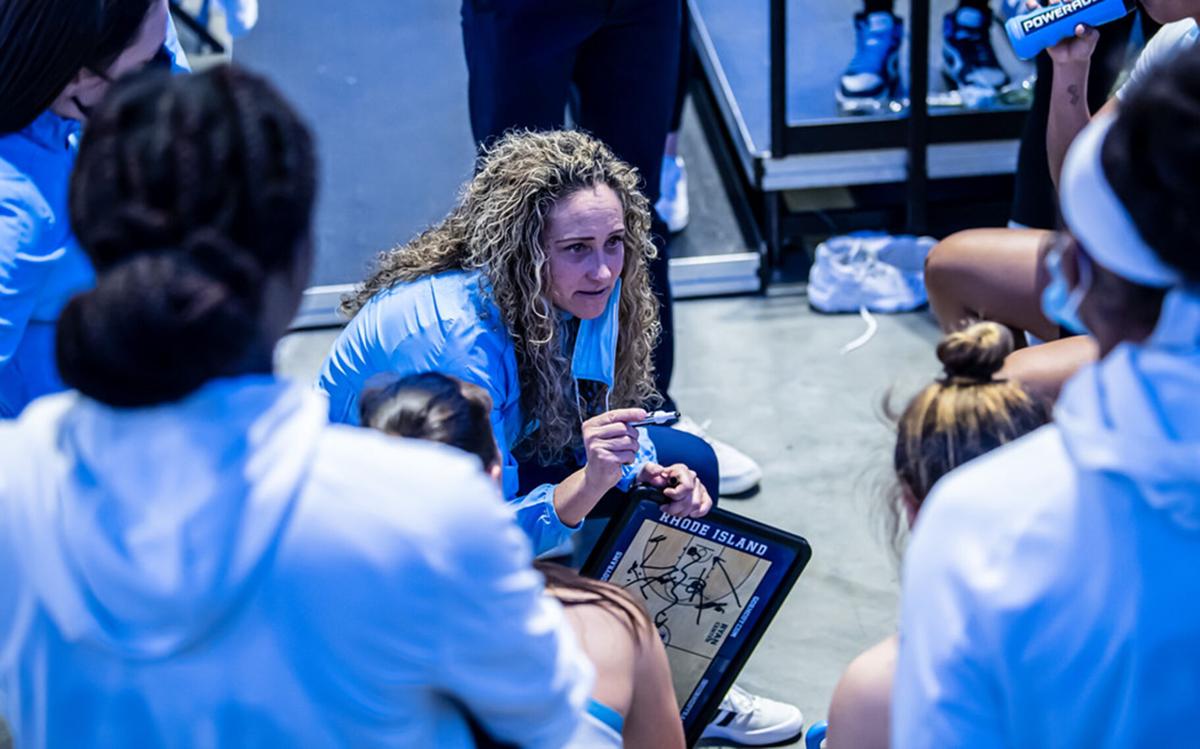 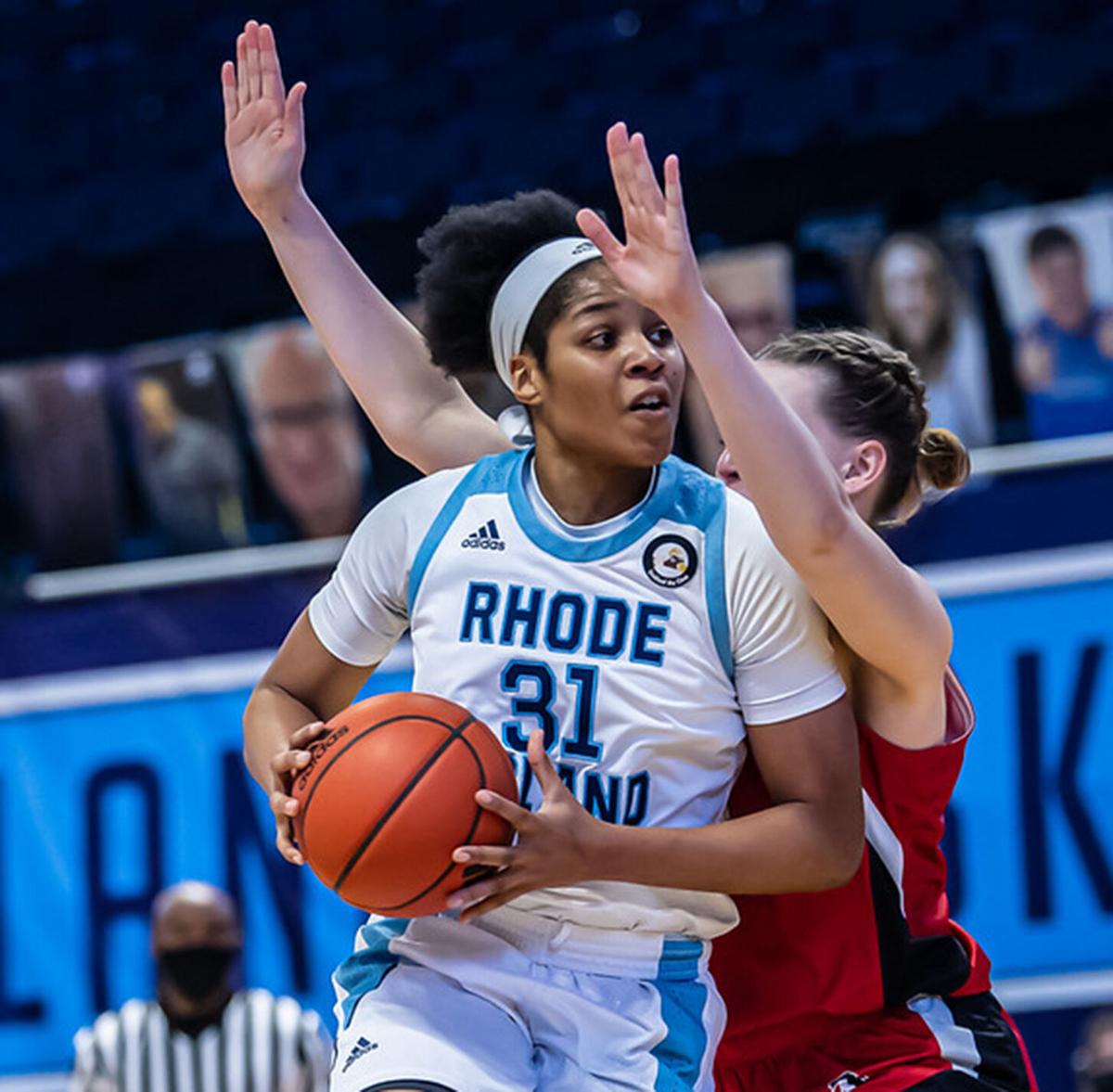 There was a lot to celebrate for the University of Rhode Island women’s basketball team on Tuesday, even with hope for more on the horizon.

Tammi Reiss was named Atlantic 10 coach of the year - just before a contract extension was announced - while junior Emmanuelle Tahane was honored as the league’s co-player of the year. Add in more A-10 honors plus the news of a major gift toward the construction of a practice facility for the school’s basketball programs, and it was a great day for the resurgent Rams, who begin A-10 tournament play this week.

“To start to see the fruits of your labor come to fruition is amazing,” Reiss said. “But then you can’t relax. Now is when we press forward. How far can we go? And how great can we build this?”

In its second year with Reiss at the helm, URI went 11-4 in A-10 play and earned the No. 4 seed for the tournament. While URI is aiming for that to be only the beginning of a successful rebuild, the team’s history of futility lends an air of accomplishment already. This is the program’s best conference record in 25 years and just its third winning conference campaign all-time. In the 10 seasons before her arrival, Rhode Island was 24-126 in league play.

The league took notice. Reiss is just the second URI coach to win the A-10’s top honor, joining Linda Ziemke in 1995-96. Coach of the year honors often hinge on success against predictions, and Reiss led the Rams to fourth place after they were picked 11th out of 14 teams in the league’s preseason poll.

“It’s an army here at URI and I’ve never felt more supported and more connected throughout the university than I do here,” Reiss said. “So, a huge thank you to the university, to the athletic administration, to my support staff, my players and finally to my staff.”

URI athletic director Thorr Bjorn also recognized the progress and its significance in light of the program’s history. The extension adds two extra years, through the 2025-26 season and increases Reiss’ base salary to $300,000 per year. The assistant coach salary pool is expanding by $40,000. The buyout is $250,000 in year one, then going down by $50,000 each year.

“When we hired Tammi, the goal was to set a new standard of excellence for women’s basketball at the University of Rhode Island,” Bjorn said in a press release. “She has revitalized the program and brought in student-athletes who are excelling in all areas on and off the court. Tammi has met and exceeded all expectations, and it is exciting to think that she and her staff are still early in their process.”

Tahane has been a huge part of URI’s success, and she shares the league’s top honor with Fordham’s anna DeWolfe. The Missouri transfer ranks first in the league with her 59.4 field goal percentage, and sits sixth in scoring average at 15.1 points per game. She finished the season averaging a double-double with 10.3 rebounds to go with the scoring mark. Tahane is also on the all-conference first team and the all-academic team. The only other Ram in program history to earn the conference player of the year award was Michele Washington in 1984.

Also honored in this week’s awards were Marie-Paule Foppossi and Catherine Cairns. Foppossi, who wasn’t at 100% until the fifth game of the season, shined during conference play en route to second-team honors. The redshirt sophomore had 10 double-digit performances in the Ram’s league slate, including two 20-plus point games. Foppossi poured in a career-best 32 points on 12-16 from the floor in Rhody’s regular season finale over VCU.

Cairns grabbed a spot on the all-rookie team after a season in which she was twice named A-10 rookie of the week. The Saratoga Springs, New York, product ranks second in the Atlantic 10 with a 42.2 3-point field goal percentage, connecting on 43-of-102 from long range.

“I’m so proud of our players,” Reiss said. “I applaud them and I just say thank you for believing in the coaching staff and our vision, and for coming to URI when I really didn’t have anything to sell but the dream and the vision. It takes special kids to do that.”

The accolades will take a backseat as the Rams seek a bigger step in the right direction at the A-10 tournament. Seeded fourth, they have a bye to the quarterfinals, awaiting an opponent to be determined. They’re set to play on Friday at 2 p.m.

URI is coming off two of its best performances of the season over Richmond, who ended up as the No. 6 seed, and VCU, who is fifth.

“As I tell them every day, you really haven’t done anything,” Reiss said. “You came in fourth. Now, we’ve improved. We’ve made progress, which is part of the process, but that’s a given. Our ultimate goal was to become champions. You’ve got to keep that chip on your shoulder. How we played in the last two games of the season is how we move forward - getting better every day to our ultimate goal to become a champion.”