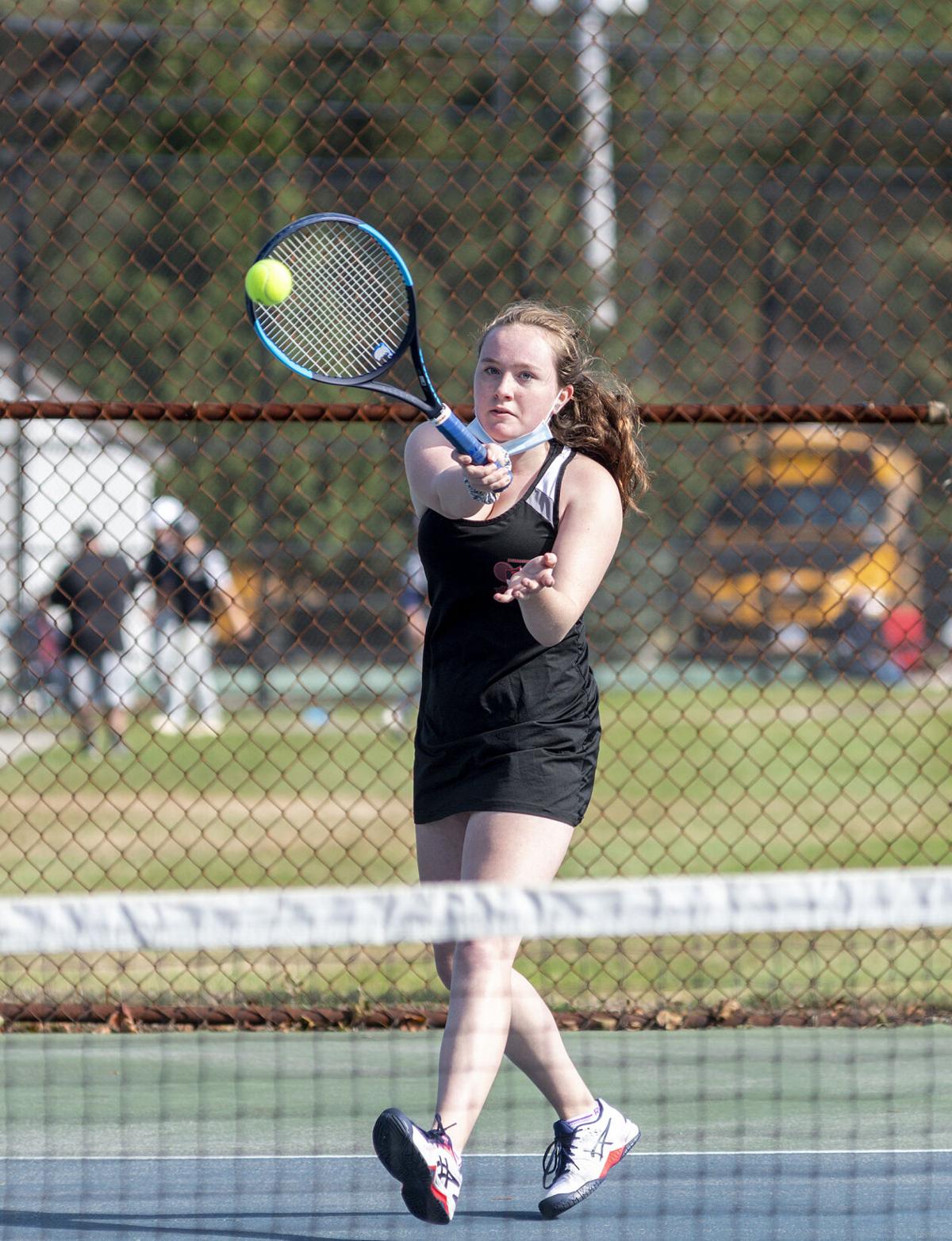 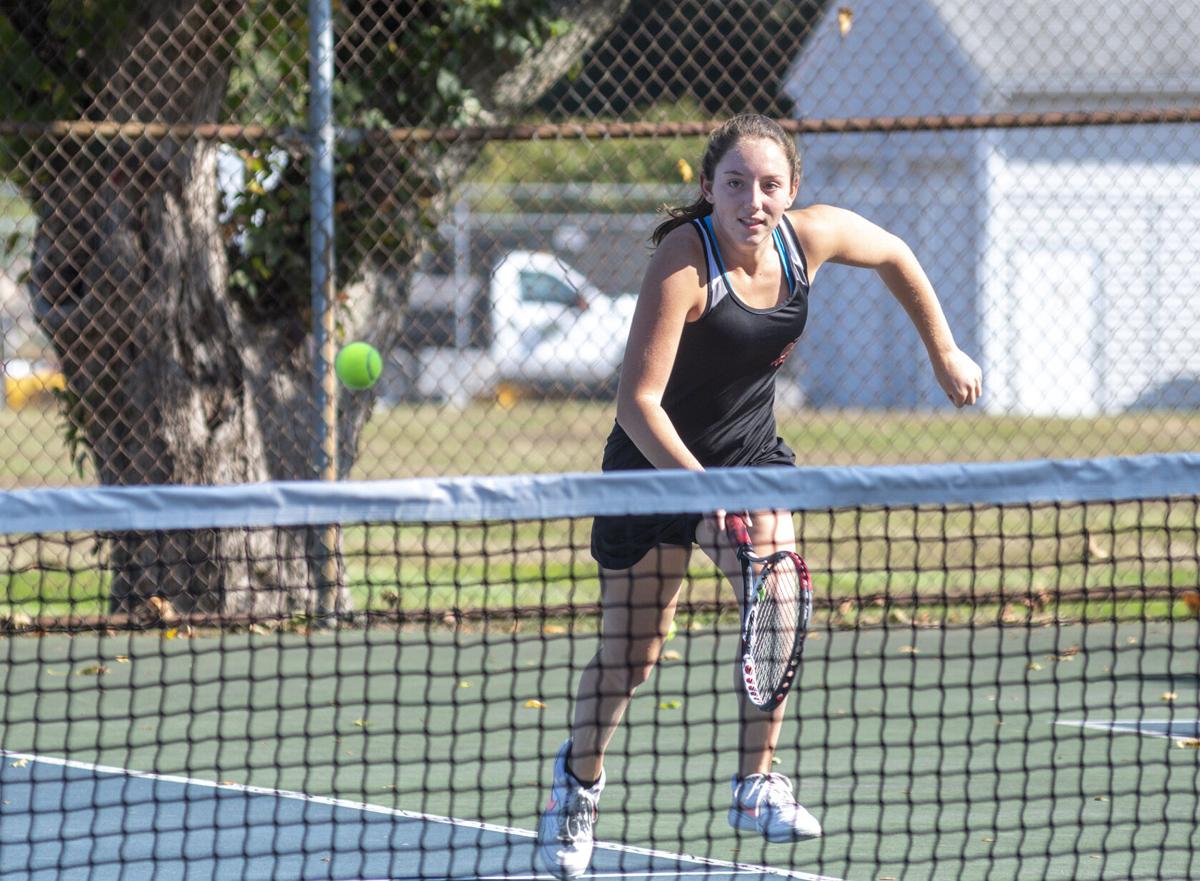 Narragansett's Danielle Hart races to the ball during Saturday's match against Westerly.

Narragansett's Danielle Hart races to the ball during Saturday's match against Westerly.

NARRAGANSETT — A challenge and a lot of tennis weren’t a bad way to return to the courts for the Narragansett High School girls tennis team on Saturday morning.

The Mariners held their own against a Westerly team that is moving down to Division II from a stint in the state’s top league. The Bulldogs had a little too much in a 5-2 win, though three of the matches went to three sets and several others were close.

“They just moved down from Division I and they have a bunch of seniors who are in that Division I mode,” said Narragansett coach Allan Freedman. “I thought we played very competitively. Their number one is tough and our number one stayed in it. We had a lot of three-set matches. Very competitive. They were just a little bit stronger.”

Narragansett is coming off a 10-3 season with a good chunk of its lineup in the fold again. They’re happy to be back and hoping to be a contender in Division II. The team will play six matches, with playoffs to follow if all goes well from the Rhode Island Interscholastic League perspective.

“We’re just glad we have a season,” Freedman said. “The girls are doing a good job with everything, getting used to it. We’re doing whatever we can. Short season, but at least we have something.”

Narragansett’s victories came at No. 4 singles and No. 3 doubles. Phoebe Hodnett won 6-4, 7-5 over Grace Brinton at No. 4, a victory that included a comeback in the second set. Brinton was up 5-3, but Hodnett broke her serve twice en route to winning the last four games.

“Phoebe at number four had a really good match,” Freedman said. “She did a nice job. Our number three doubles team is up from JV and they have very little tennis experience. They really exploded today. That was a nice step for them.”

The No. 2 singles match and both No. 1 and No. 2 doubles went to three sets. Narragansett’s Danielle Hart lost a first-set tiebreaker at No. 2, then stormed back for a 6-1 win in the second set, before Westerly’s Lil Tria prevailed 6-4 in the third set.

At No. 1 doubles, Emma Murphy and Shelby Lefoley won the first set 7-5, before Westerly’s KK Pasell and Lainey Corina worked back to win the next two sets 6-4 and 6-2.

Narragansett’s Calla Reardon and Marissa Lefoley won the first set at No. 2 doubles by a 6-2 score before falling 6-0 and 6-2 to Campbell Gladski and Emma Harold.

Narragansett will visit Chariho on Saturday.