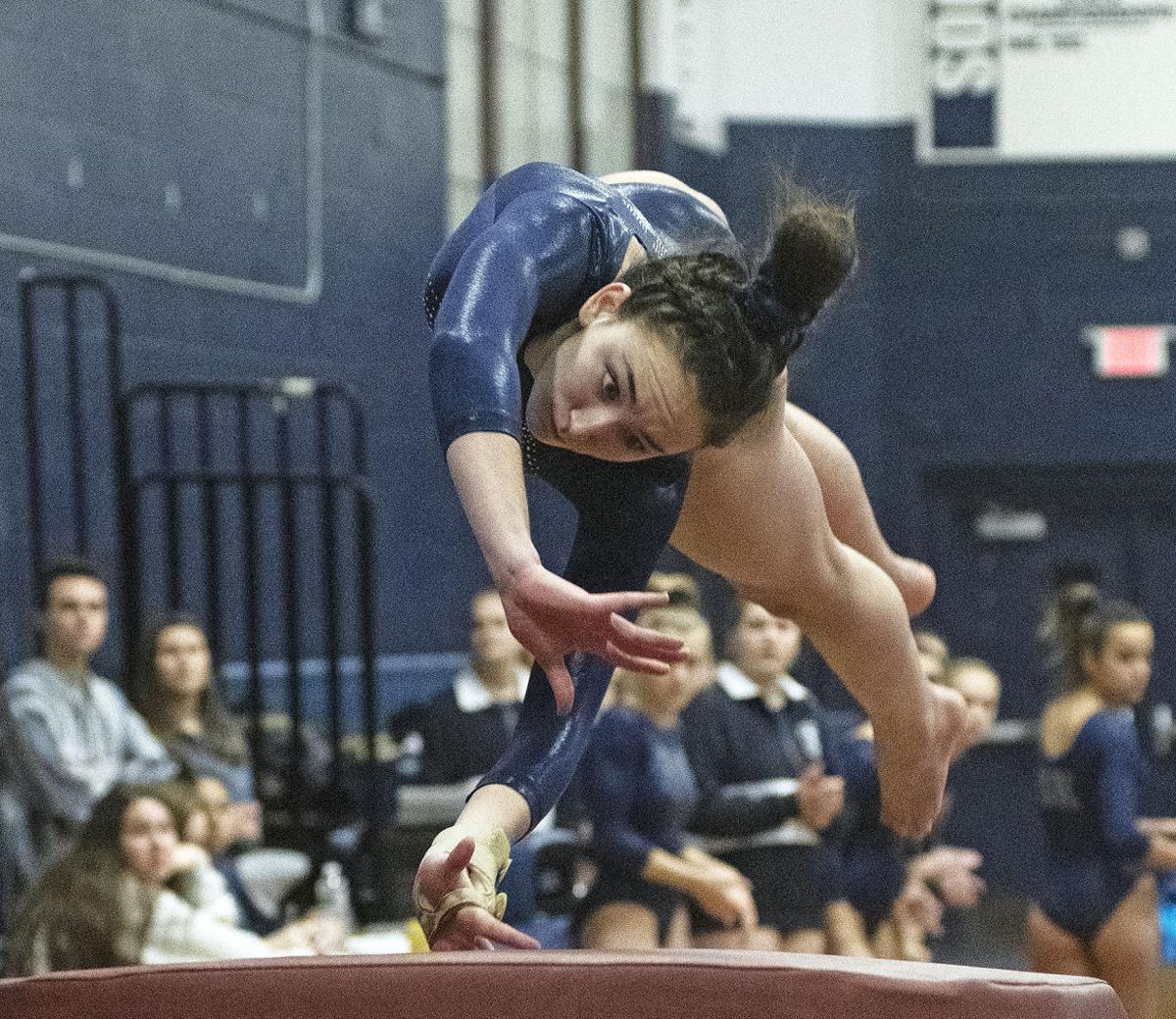 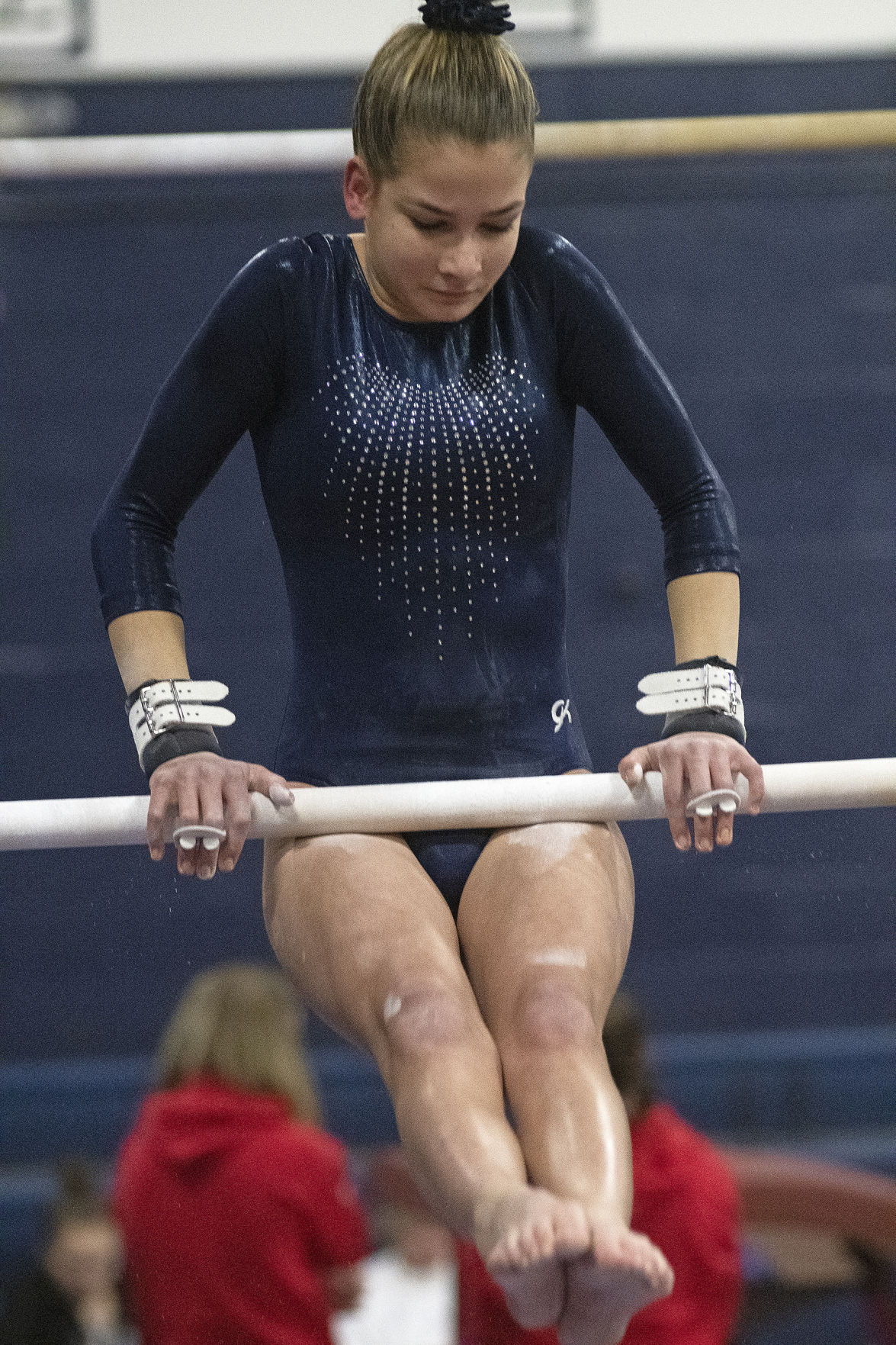 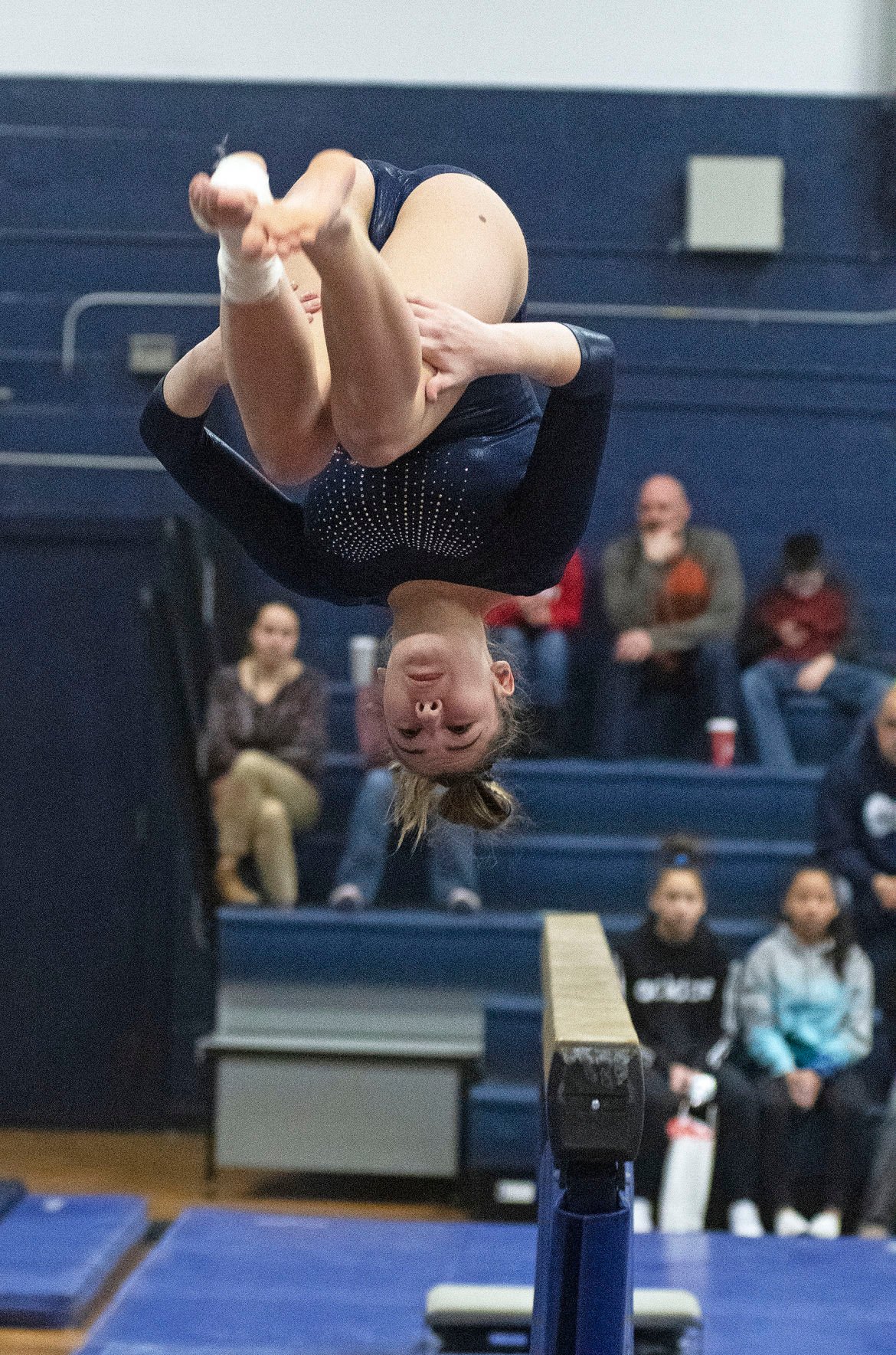 SOUTH KINGSTOWN — The South Kingstown High School gymnastics team opened the year with a point total of 132.70 in its first meet, a solid starting line. Five days later, the Rebels bumped up to 137.1, and they’re hoping to continue the upward trend all year.

“We’re going to be a lot better in a month,” head coach Mike Franco said. “I’m happy with where we are. We’ve got a really good future, a good base. And I think we’ll get better each week.”

The Rebels split their first meet, falling less than a point shy of perennial powerhouse La Salle while beating defending state champion Mt. Hope. This past weekend, they staged their annual home meets at the high school and saw mostly positive results. They again came close to the Rams, losing by just over two points, while out-scoring Mt. Hope and Coventry on Friday. They closed the weekend on Sunday with another improvement up to 137.7, good for wins over Coventry and North Kingstown.

“Huge improvement over last year. Some returning seniors, which is great, and a boatload of freshmen to go with Kayla Young from last year,” Franco said. “The core of freshmen – there are five of them that can do all-around – and Kayla is a really nice group. Then you sprinkle in Katherine Arnold on beam, Kate Madore when she gets her routines down. It’s a nice group.”

Young emerged as the team’s top performer as a freshman last year. She will again carry the torch, but she’ll have some reinforcements in freshmen Anna Coutu, Olivia Kay and Brooke O’Donnell. There’s some depth behind them, too, with a host of Rebels ready to chip in.

“Eighteen kids, so the interest is up,” Franco said.

On vault, O’Donnell led the way with an 8.8, followed by Kay, Young and Brianna Olszewski. Kay took the lead on bars with an 8.85, joined in the scoring column by Coutu, O’Donnell and Young. Coutu, Arnold, Kay and Young scored on beam, while O’Donnell, Coutu, Young and Olszewski had the scoring finishes in the floor exercise.

It wasn’t quite enough to get past La Salle, but the Rebels will be hoping their improvement allows them to catch up by the time the postseason rolls around.

“They’ve got some kids who are just so good,” Franco said. “We do what we can. We’ve got to really hit everything.”

The weekend’s action remains unique in the Rhode Island Interscholastic League ranks as the only meets held in a high school gym. Everything else is at gymnastics facilities.

The home meet tradition has been going on for several years in conjunction with the University of Rhode Island’s club gymnastics team, which is also coached by Franco. The Rams host a youth meet called Flips for Freedom at the high school, which doubles as a fundraiser for the club. The club rents equipment from Deary’s Gymnastics Supply and works with members of South Kingstown’s team to set everything up. Sandwiched around the youth action are the high school meets.

“It’s frighteningly hard,” Franco said of the logistics. “You see the 18-wheeler out there. It pulls up full of equipment. Twenty-five URI kids and these 18, a couple of kids from phys-ed class, a couple of brothers, unload it and set up an entire gym in the small gym and an entire gym in here. Six or seven hundred kids will be here Saturday. Another round Sunday, then we have another high school meet. The same kids tear it all apart and load it back up. It’s a long weekend, but it’s worth it.”