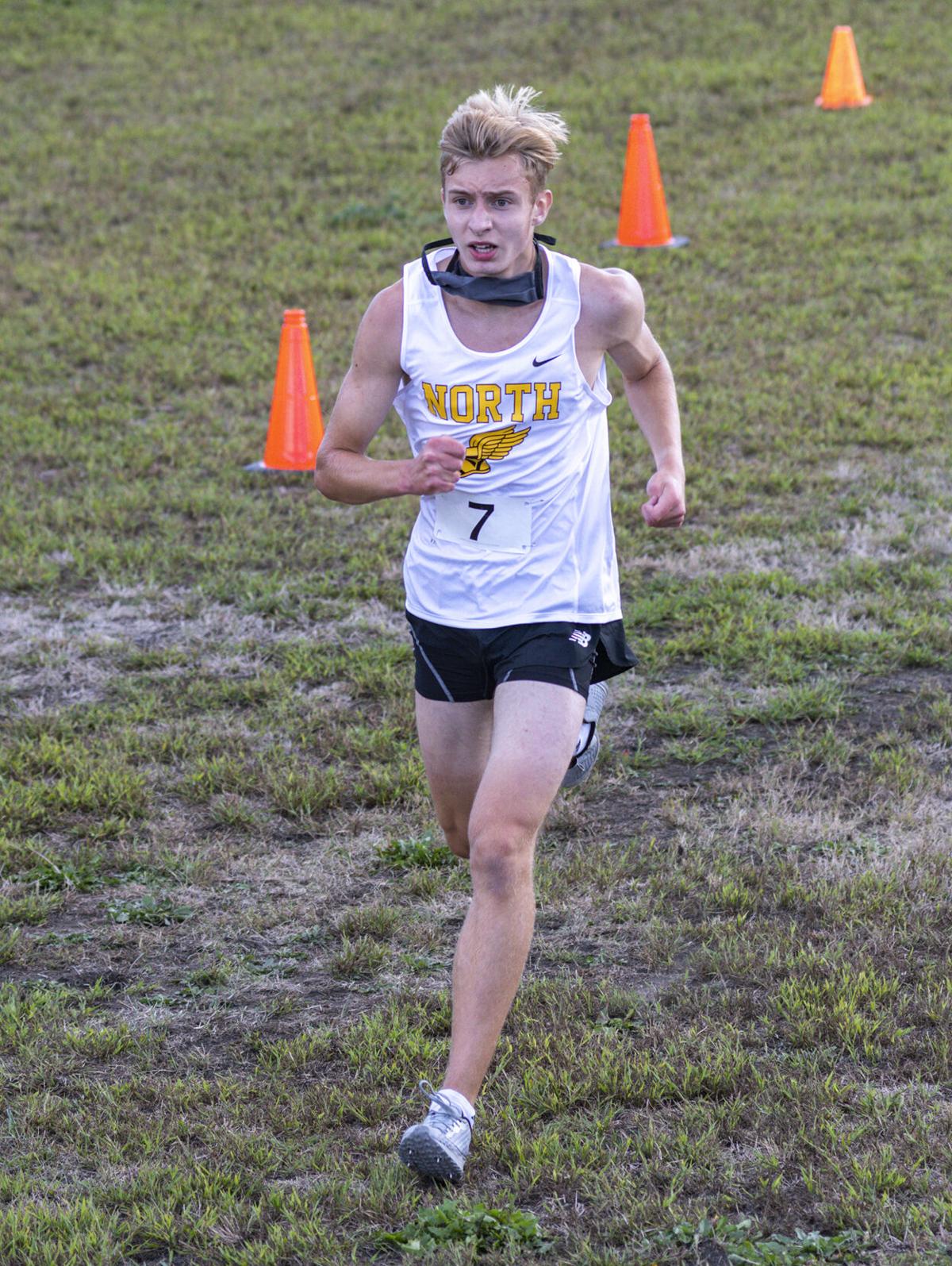 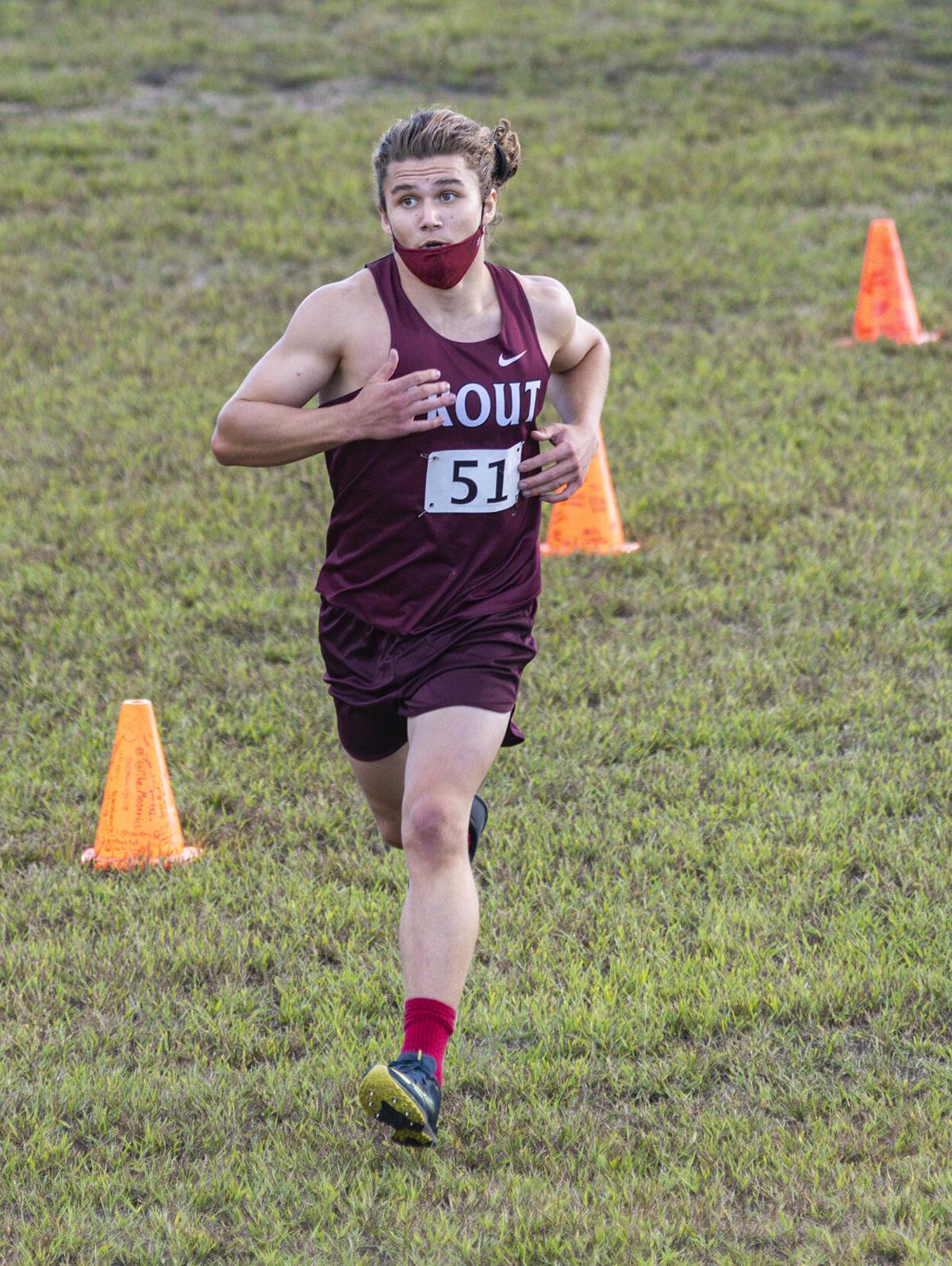 #51 was the first finisher for Prout during Saturday's cross country meet at Ryan Park. 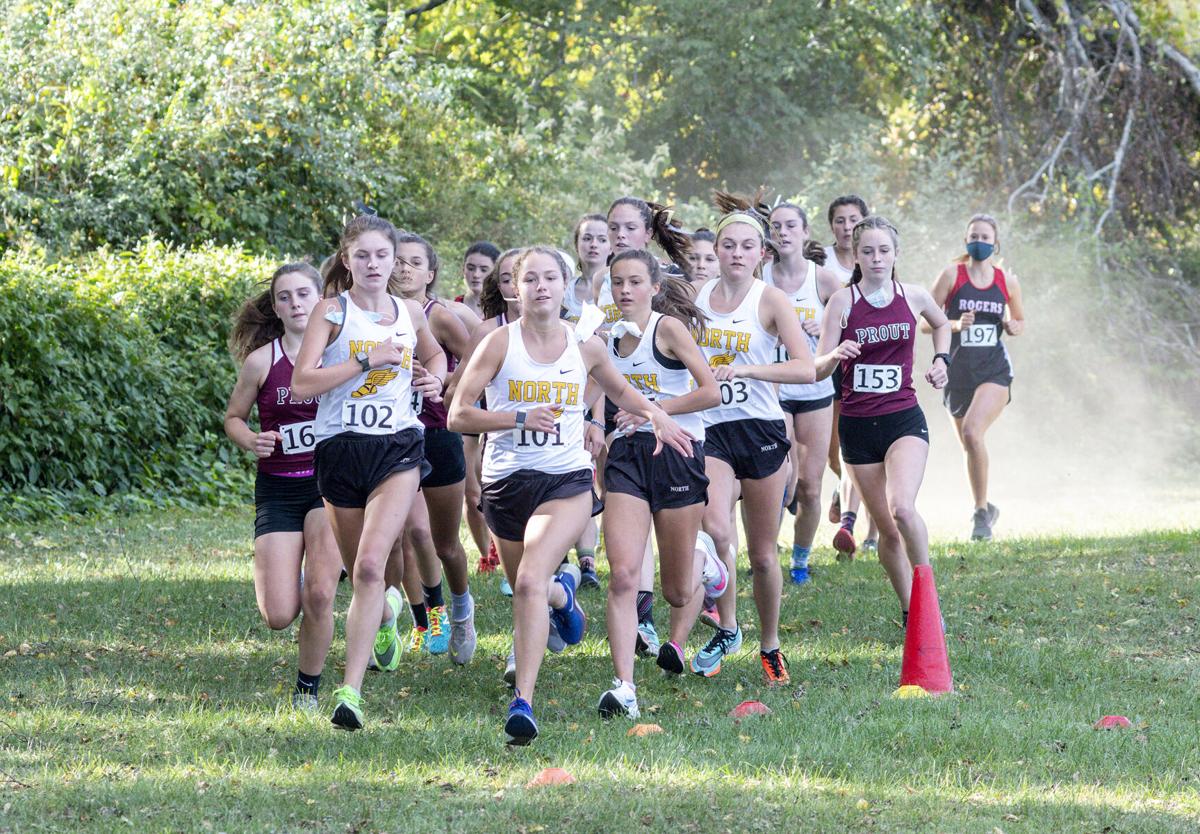 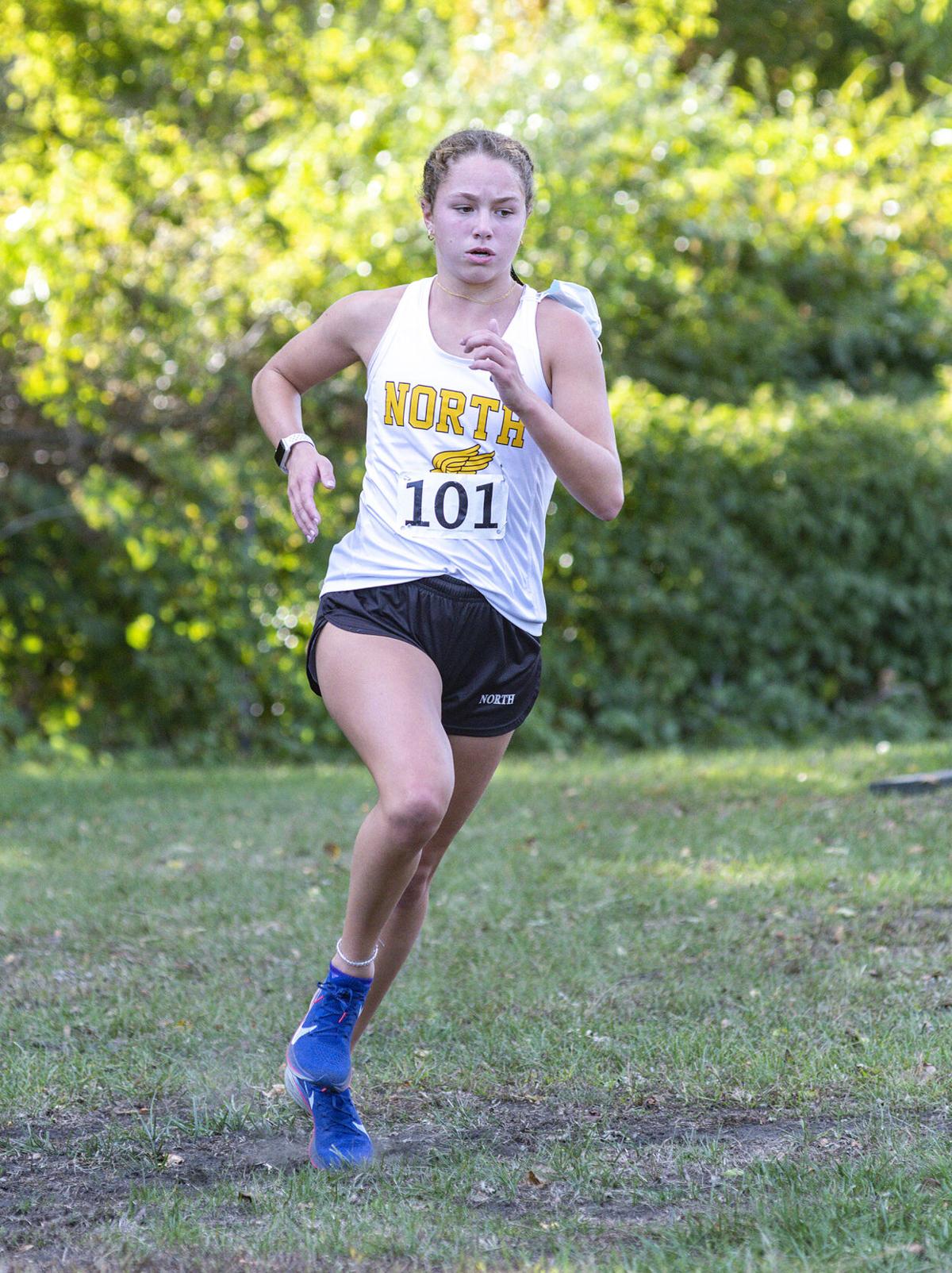 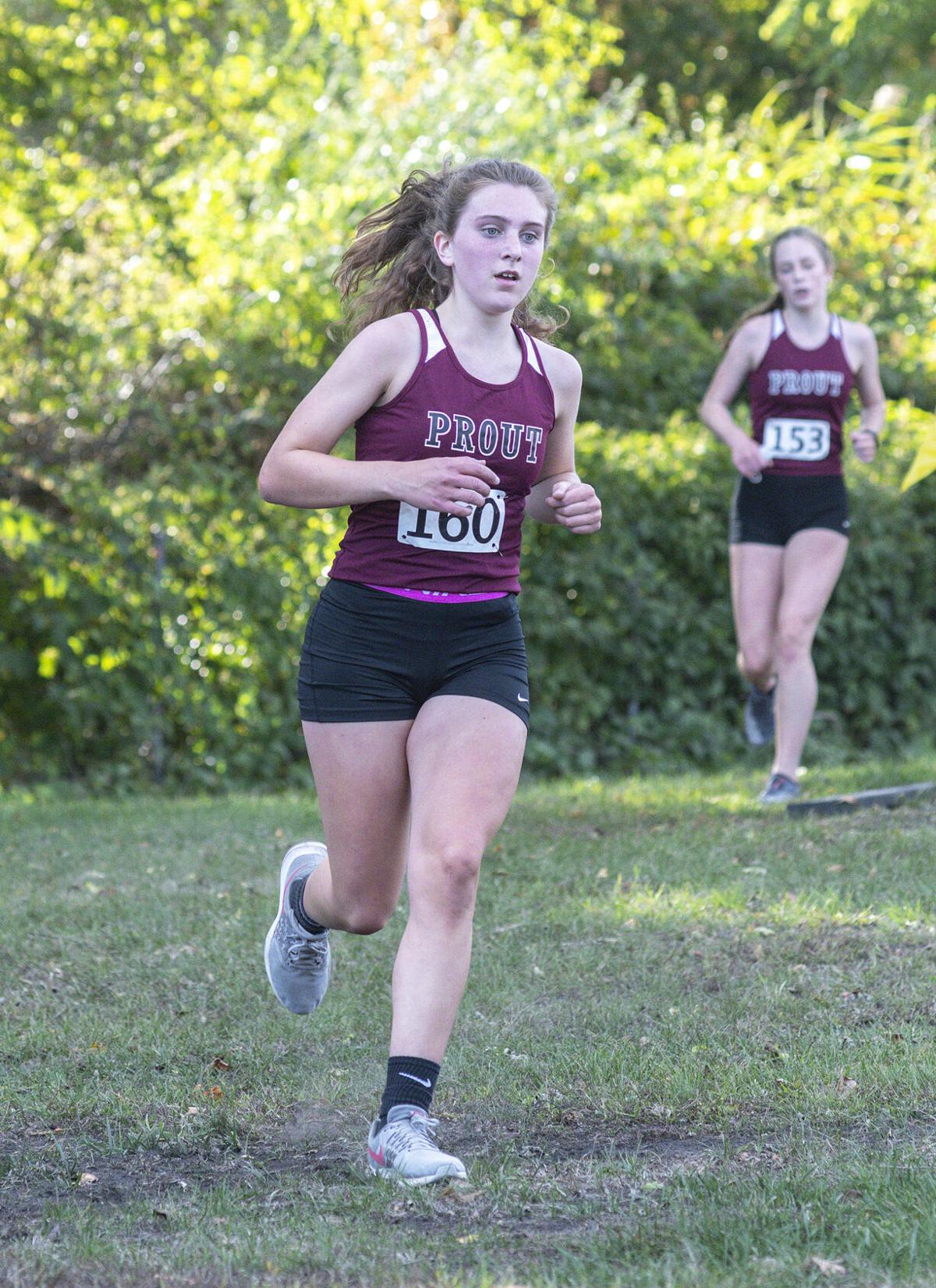 Jessica Mastrandrea was the first finisher for Prout during Saturday's cross country meet at Ryan Park.

#51 was the first finisher for Prout during Saturday's cross country meet at Ryan Park.

Jessica Mastrandrea was the first finisher for Prout during Saturday's cross country meet at Ryan Park.

NORTH KINGSTOWN — For all that’s different in this fall cross country season, North Kingstown’s strength remained a constant in the season opener on Saturday at Ryan Park.

Coming off consecutive 8-1 seasons, the Skipper girls tallied a perfect score in wins over Prout and Rogers, while the boys team – riding a streak of two straight unbeaten campaigns – came close to the same feat in a sweep of the Crusaders and Vikings. The Prout boys and girls teams both scored wins over Rogers to earn a split.

“They’ve been really hungry to race and they did well today,” girls coach Brian McNeiece said.

Along with Saturday’s girls tennis match, the meet was the first North Kingstown High School athletic event since March 12, with the spring season canceled by the coronavirus pandemic and the fall season delayed. For runners, the gap was even longer. The indoor track season ends earlier than many other winter sports, with the state meet held on Feb. 15.

“They were probably a little more nervous than they’ve been in a while,” boys coach Paul Tetreault said. “By not having that outdoor season, they lost a little bit of that skill of racing. We run them on hard on certain days in practice but that’s not the same as being in a race. But they came out today and ran very well.”

Protocols for cross country amid the pandemic include smaller race fields and limited spectators. All spectators, coaches and officials are required to wear face coverings at all times. Runners wear them any time they’re not racing. At the starting line, they are told to pull their masks down and can run the full race without a mask. They are asked to pull them back up immediately after crossing the finish line.

The Skippers were a relatively young team last season. Sullivan, Piturro and Toolin were their top performers at the state meet and are back in the fold. Piturro, a senior, emerged as the leader of the pack on Saturday.

“Greg has worked very hard. He’s been going out of his way to do the extra work. On days like this, it shows,” Tetreault said. “I’m hoping that we’ll be a top-five kind of team, but we’ve got to continue to work. And we’ve got to respect everyone. We’re not that good that we can just show up and expect to win.”

For Prout, Barnes and Sykes were followed by Ethan Sweet in 14th, Michael Garman in 17th and Joe Trombino in 19th.

In the girls race, seven North Kingstown runners reached the finish line before anyone else. It was a by-the-book run for the Skippers, so much so that the top seven finished in the order of their bib numbers.

A year after finishing 10th at the state meet, senior Olivia Joly led the parade for the Skippers with a first-place finish in 17:09. Sophomore Rory Sullivan and senior Molly Sullivan took second and third. Ruby Nunnery, Tori Chace, Jillian Blaser and Gabrielle Carnevale finished out the top seven.

“They’ve been working hard, basically since March with really no hope to race,” McNeiece said. “This was nice for them. And a lot of them PR’ed on this course.”

The Skippers hope the race is the start of a strong year.

“I think we have a legitimate shot to be pretty high up in the state,” McNeiece said. “I know East Greenwich is incredibly strong. But in the Southern Division, we don’t really know what our competition is. But we’re fast. If there are other teams that are fast, that’s good because it’ll push us.”

For all the runners, getting back on the course was a welcome opportunity.

“It’s nice to have a season, especially for the seniors and the kids who missed out on their outdoor track season in the spring. It’s good to see kids who worked so hard to get back out there. They get to see the fruits of their labor,” Tetreault said. “That first day of practice, even though they were wearing a mask, you could just tell they were smiling.”