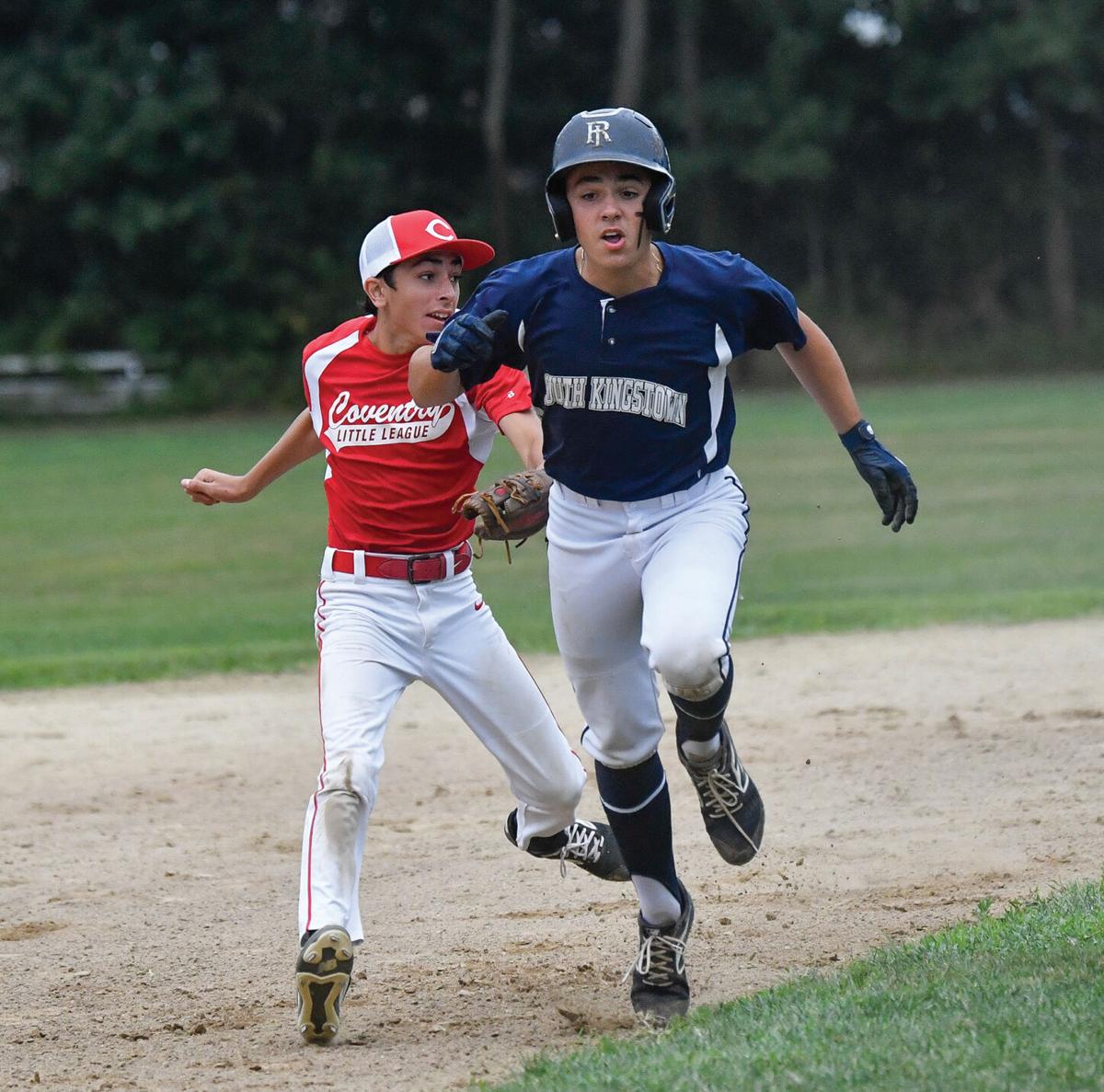 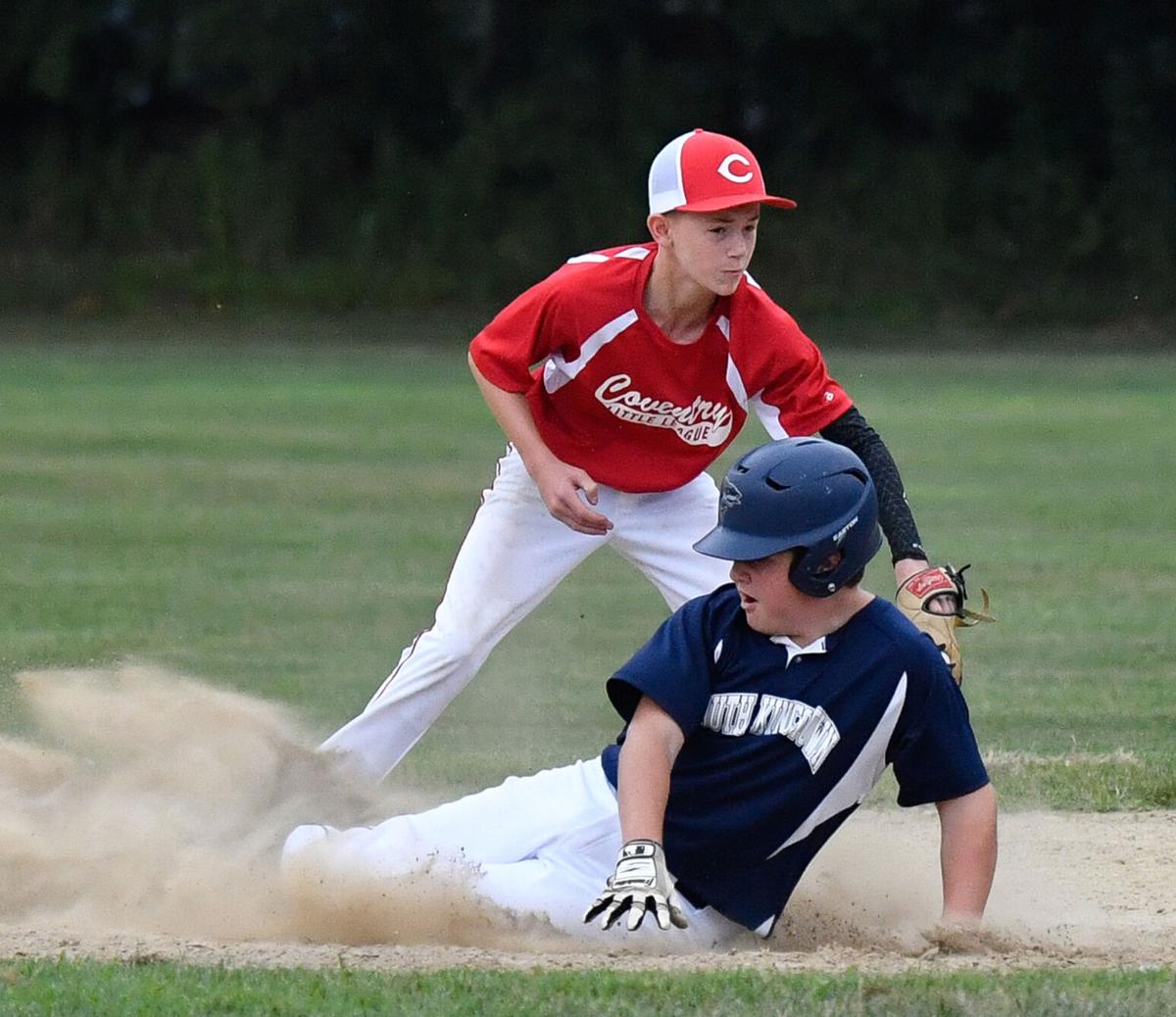 Patrick Ruhle slides into second base. 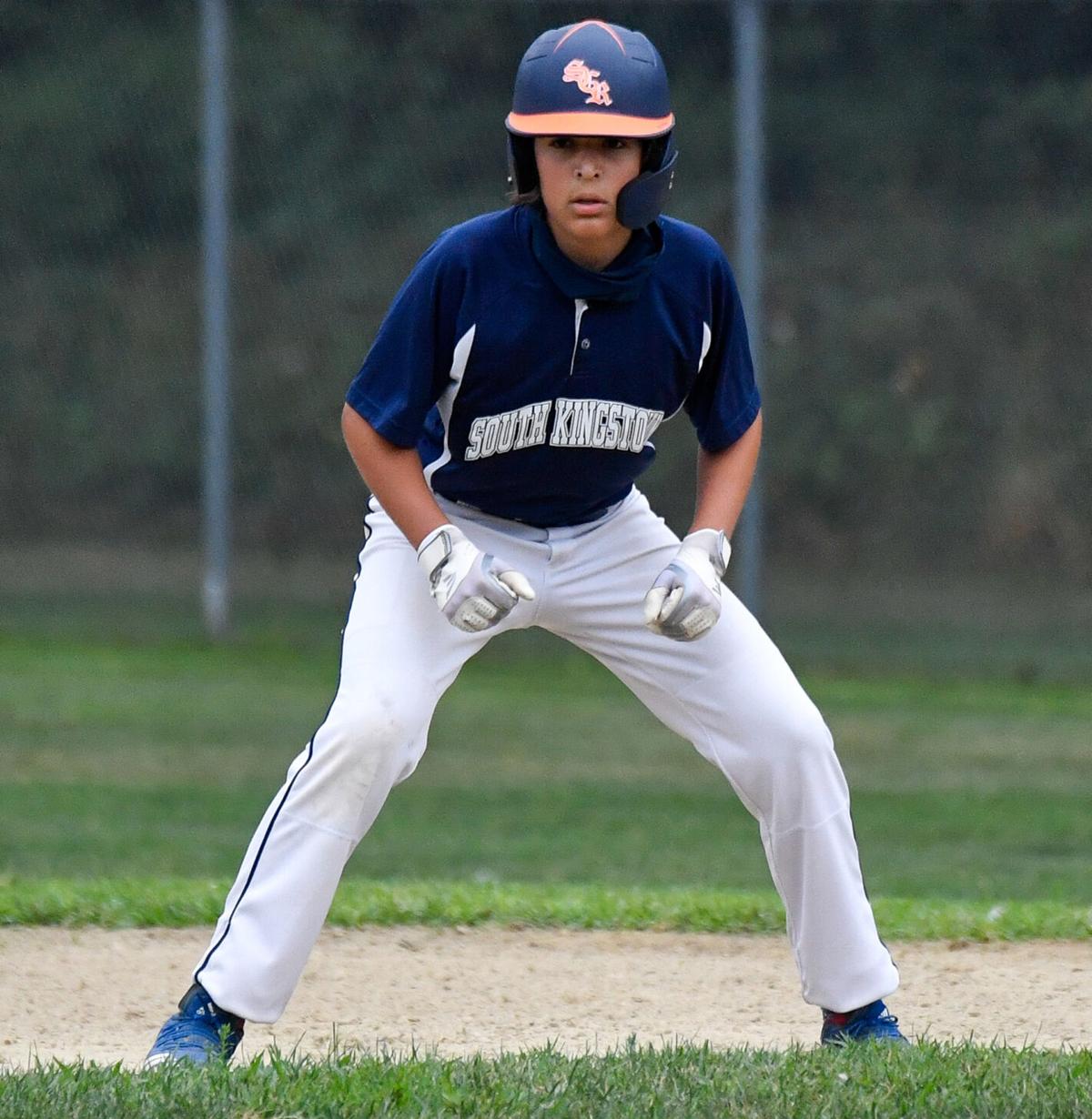 Patrick Ruhle slides into second base.

COVENTRY — Undefeated Coventry had too much for South Kingstown in the Little League Junior Division District 3 championship, winning 10-4 on Saturday morning at Rice Field.

A seven-run bottom of the third inning proved to be the difference-maker for the home team, which managed to stave off a late comeback attempt by their adversaries, capping a postseason run that saw them beat EWG in the quarterfinals and East Greenwich in the semis.

Kaden Osenkowski and Austin Simas led the way offensively, both driving home a pair of runs on Saturday, while Caeden Joyce, Michael Rico and Brady Shaw each collected a pair of hits, part of the 10 Coventry posted in total. Aaron Anderson, Mason Marchessault, Alex Donehower, Logan Moore and Travis Howman all contributed to the offensive surge as well against South Kingstown pitchers Gian Lepore and Patrick Ruhle, with each throwing three innings for the visitors in the losing effort.

For South Kingstown, while their summer may have ended a victory shy of their ultimate goal, there was nothing for the team to hang their heads over. Head coach Matt Lepore pointed to a rare accomplishment on his team’s behalf as one of the reasons they should feel proud.

“I think we were the only team this summer that they (Coventry) did not beat via the mercy rule,” he said, his own club falling victim to the 10-run deficit limit after four innings of play in their lone meeting with Coventry during the regular season. “They kicked our butts,” he said flatly of the regular season season encounter, a sentiment shared by any other team that faced Coventry this summer.

“They’re a great team. They’ve been together a long time,” Lepore said.

Gavin McCoy served as the pitcher of record for the home team, lasting three and two thirds frames, surrendering four runs on four hits while striking out one. He cruised through the first four innings of play, before South Kingstown’s bats woke up in the fifth when they plated all four of their runs to make it an 8-4 game at the time. Gian Lepore led the visitors with two hits in as many plate appearances, driving home half of his team’s four runs, while Matt Chofay had a hit and scored a run along with Eli Wood as part of the late rally that proved not quite enough in the end.

Mason Marchessault took over on the mound from there, his two and one third innings of relief helping to seal the victory for Coventry, which got two of those runs back on a sacrifice fly from Simas and an RBI single from Rico.