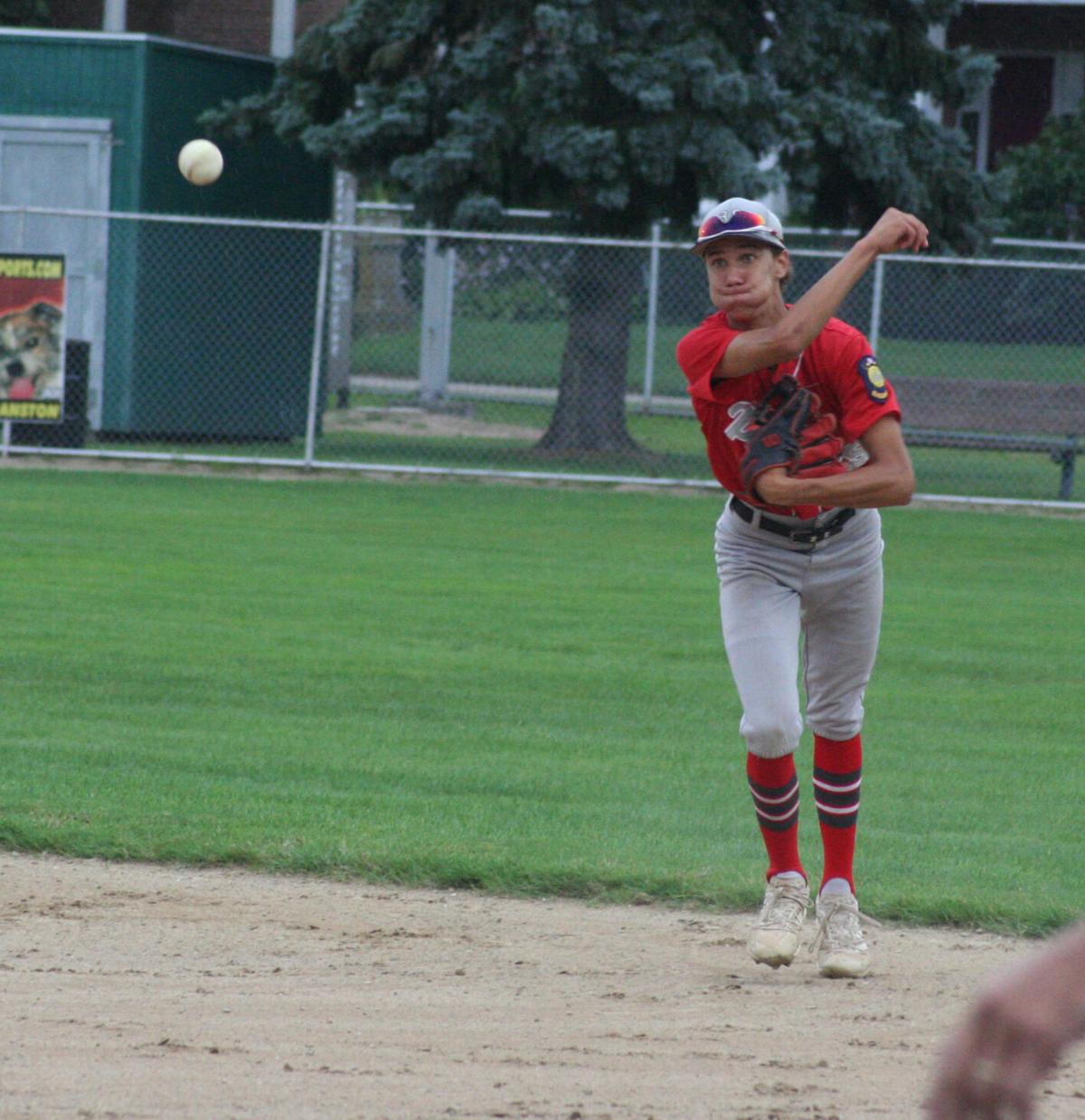 Gavin Rodman makes a throw to first on Thursday. 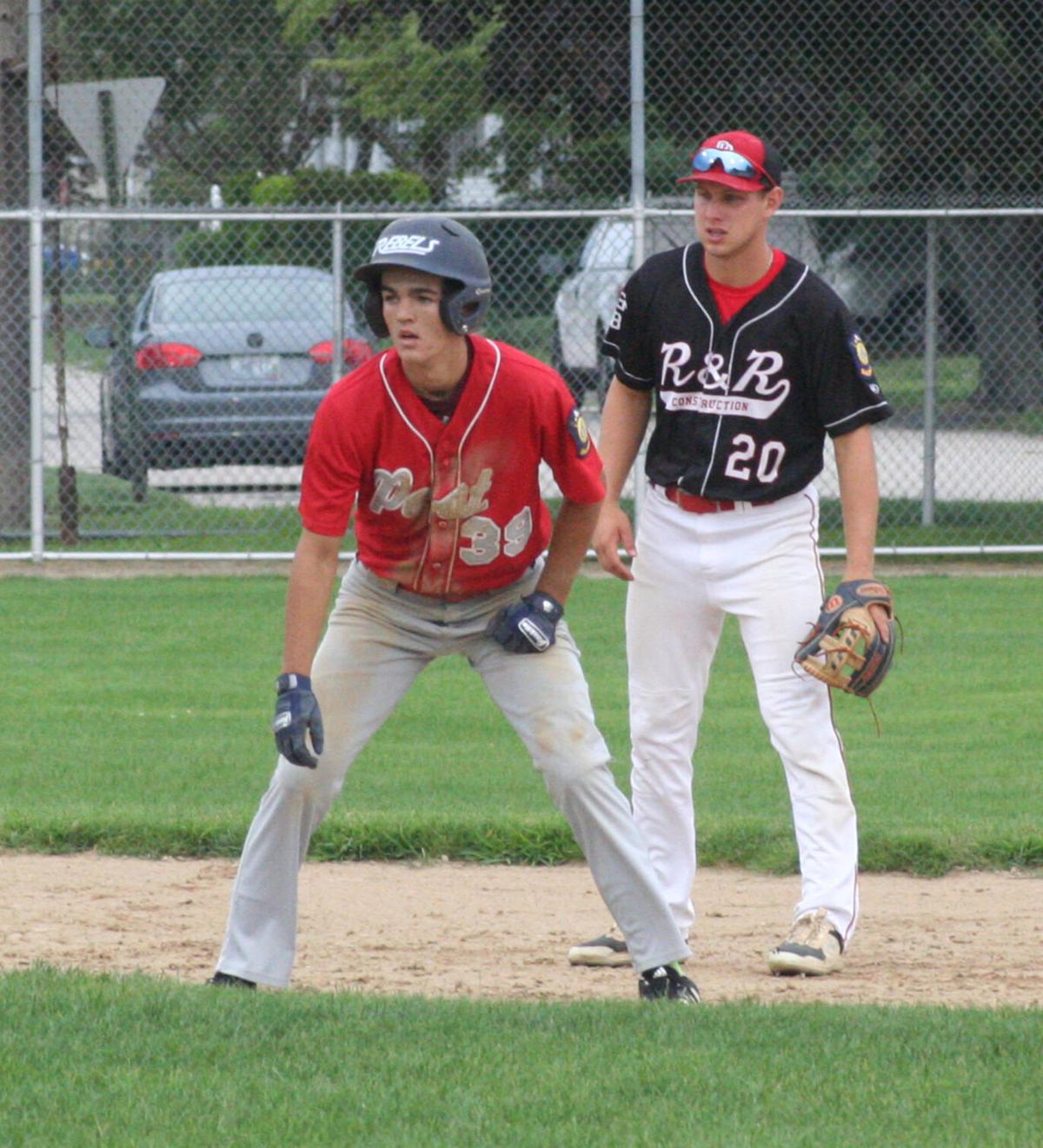 Colin Masseur leads off second base. 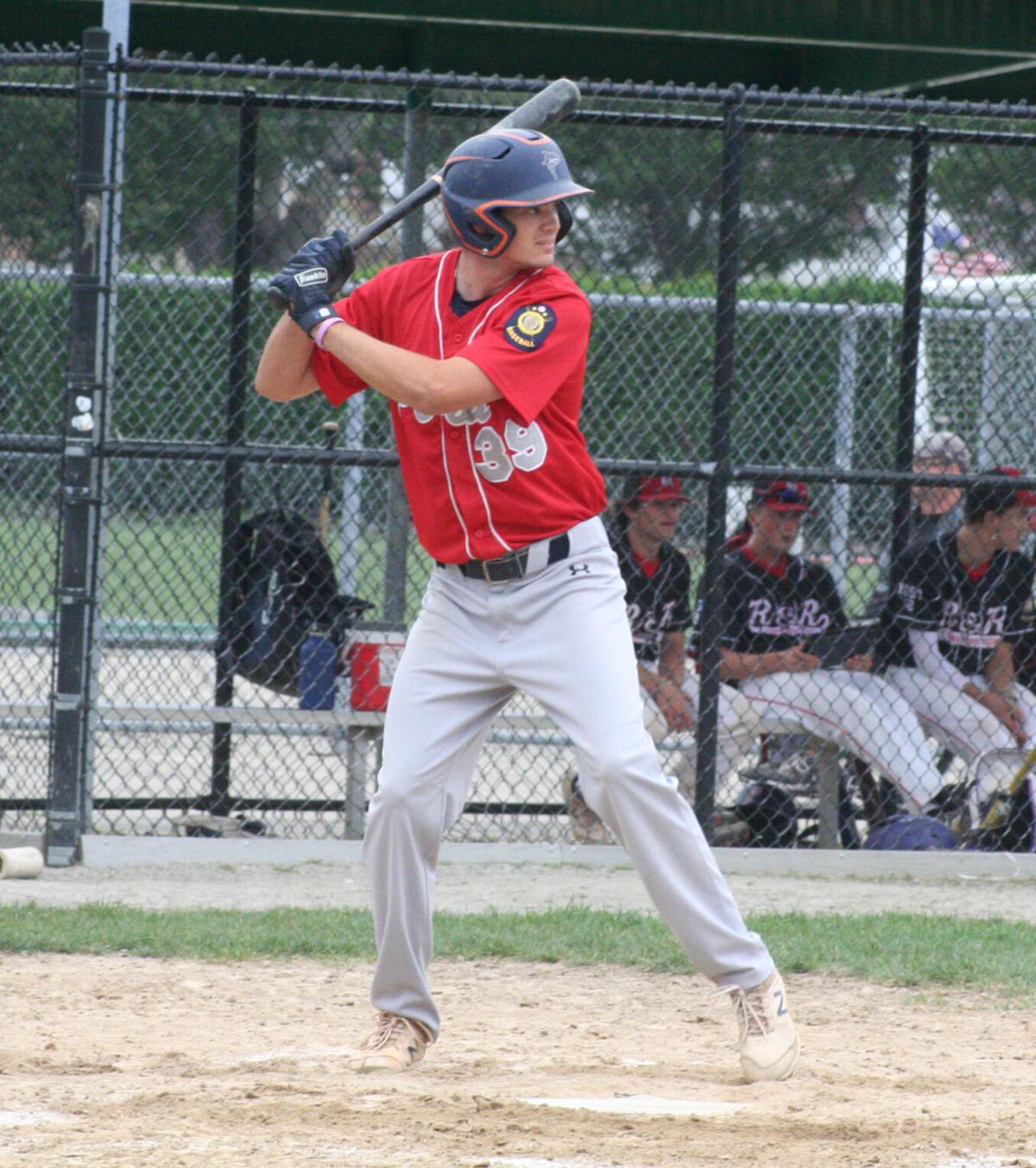 Andrew Mosher waits for a pitch.

Gavin Rodman makes a throw to first on Thursday.

Colin Masseur leads off second base.

Andrew Mosher waits for a pitch.

CRANSTON — There was new blood in the final round of the American Legion baseball playoffs last week.

R&R Construction of Newport claimed its first crown since 1992 with a 6-3 victory over South Kingstown Post 39 on Thursday at Cranston Stadium. Post 39 was looking for its first title in 37 years, but settled for its best finish since 2015, when it was also the runner-up.

The teams were meeting for the second time in the tournament, after R&R Construction won the winners bracket final last Tuesday. Post 39 fought out of the losers bracket with a win over Upper Deck. Needing to win twice for the title, Post 39 grabbed a 3-2 lead in the sixth inning on Thursday but saw top-seeded R&R rally for four runs in the sixth inning.

“The game was pitched well on both sides,” Post 39 manager Pete Podedworny said. “Pitching was great the whole tournament. All really good teams. The difference was that they took advantage of their runners in scoring position. We just weren’t able to take advantage a couple of times.”

Seeding held true throughout the playoffs, with the top four teams advancing to the final four, and the top two winning in the opening round. Top-seeded R&R Construction’s win over Post 39 in the winners bracket final loomed large, testing the pitching staff of the loser by forcing an extra game.

Post 39 did its best to make it work, though. Andrew Mosher pitched 6.2 innings of one-hit ball in the losers bracket final and delivered a walk-off single in the seventh inning for a 2-1 victory over Upper Deck, the two-time defending champion.

It was a special performance for Mosher, who wasn’t able to pitch for South Kingstown High School in the spring due to an injury.

“It was exciting,” Mosher said. “It’s been fun getting to know all these guys, coming together from different towns. We’ve been clicking on all cylinders.”

The win set up a rematch with R&R Construction and Post 39 did what it needed to do in order to have a shot. Phil Pedersen scored on an error in the first inning and Gavin Rodman had an RBI single to score Scott Cromack as Post 39 jumped to a 2-0 lead. R&R Construction came back with a run in the second and tied the game with another in the fourth, but Post 39 starter Brendan Flaherty was solid, allowing just those two runs through five innings.

“If we had won that game, it was going to be pitching by committee in the second game,” Podedworny said. “But Brendan was fantastic. He really gave us a chance.”

R&R Construction starter Will Pierce also pitched well, especially in key spots. He stranded two runners in the first inning. Post 39 got leadoff doubles from Colin Masseur and Zac Zyons in the fourth and fifth innings but didn’t score.

Cromack made it three innings in a row with a leadoff double when he smacked one to deep left in the sixth. This time, Post 39 made it count as Gavin Rodman lined a base hit up the middle to score the go-ahead run.

Unfortunately for Post 39, the lead didn’t last long. Tim McGuire led off the bottom of the sixth inning with a double and Connor Freitas followed with a single. After a walk to Ryan Andrade, Pierce helped himself in a big way, belting a two-run double to give his team the lead. Two more runs scored on sacrifice flies by Owen Malone and Caleb Leys.

Post 39 made some noise against Freitas in the seventh as Zyons greeted him with a base hit. After a pop-out, Mosher walked to bring the tying run to the plate but Freitas struck out the next two batters to end the game.

“It was a good game and the kids played great,” Podedworny said. “We just needed those one or two hits in a couple of spots.”

R&R Construction will represent Rhode Island in the regionals.

For Post 39, the loss marked the end of a fun summer. The program has had teams that looked stronger on paper over the years, but this group had more success, thanks to team chemistry and commitment.

“I’m proud of all these kids,” Podedworny said. “It was a great group. The chemistry just mixed. You can have a team full of all-staters from all over the region and it might not click. It worked this year. The guys worked hard and they did a great job.”