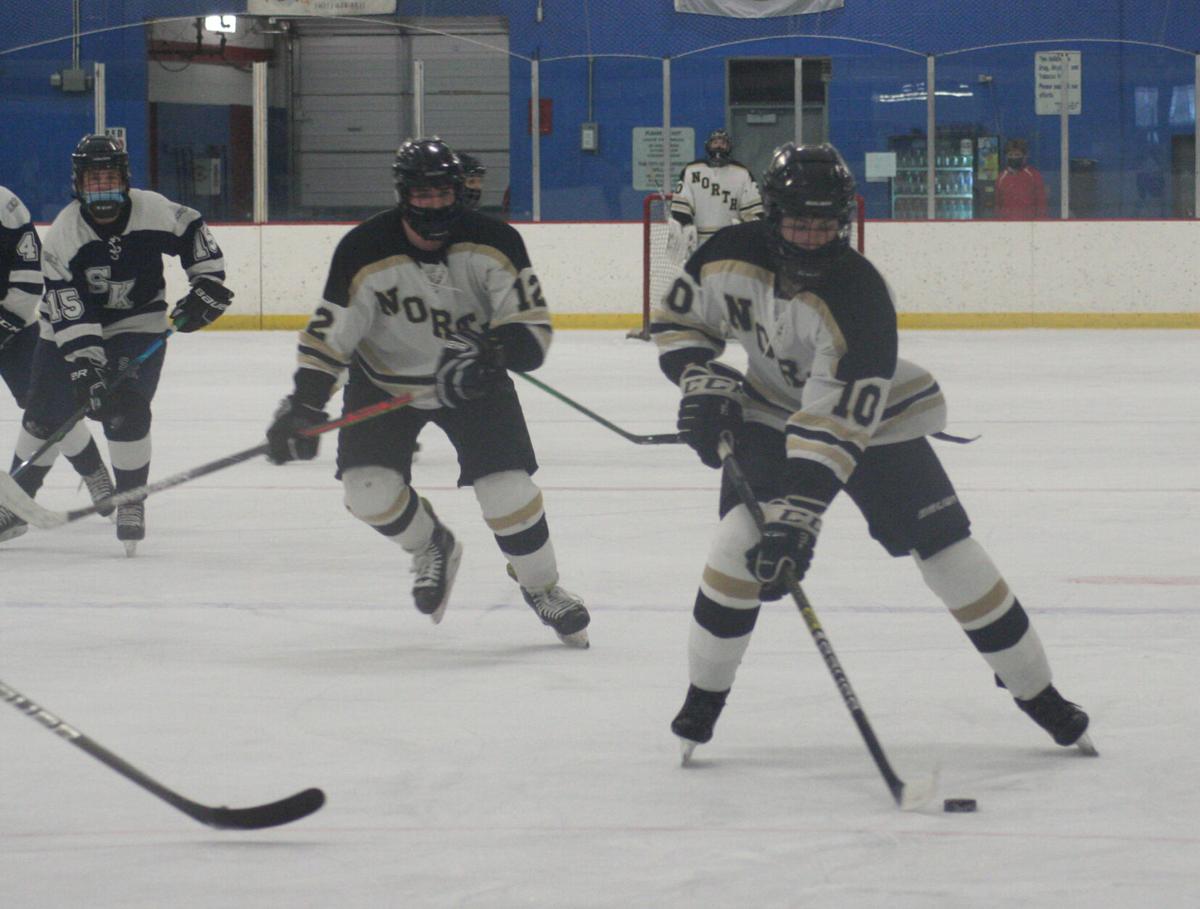 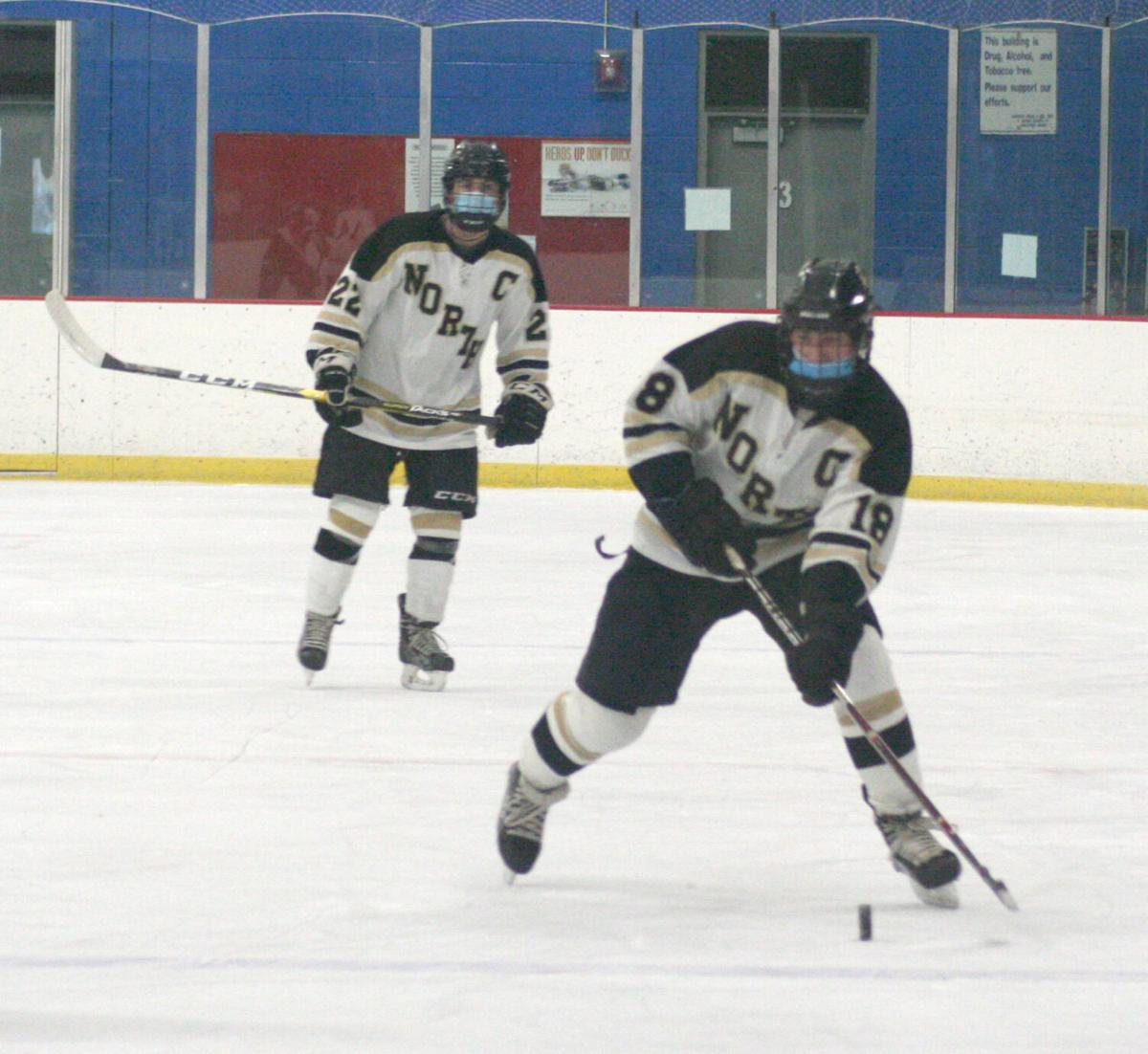 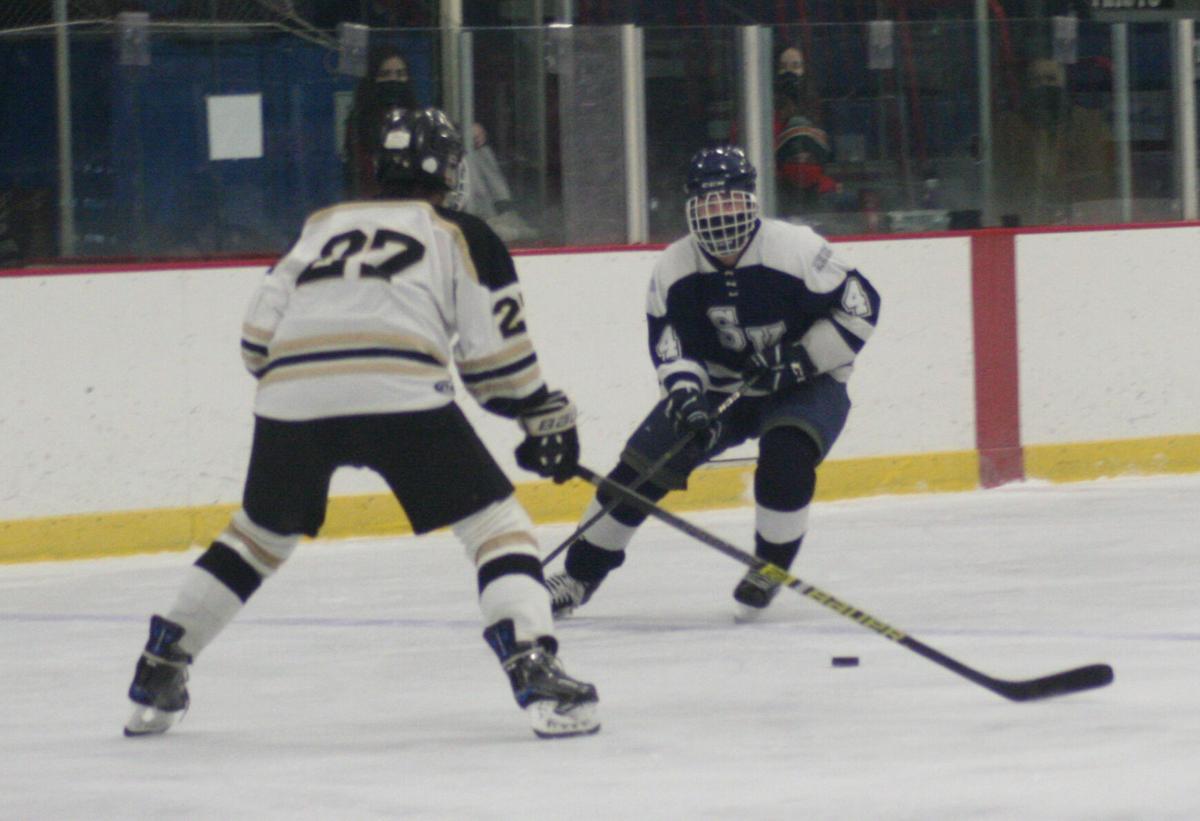 WARWICK — The seniors in the North Kingstown hockey program have yet to experience a winning season, but they’re on the brink of ending that drought thanks to a rivalry win Monday in the game dedicated to them.

The 4-1 senior day victory over South Kingstown at Thayer Arena was fitting for a group that has stayed the course. The Skippers improved to 4-1 with three games remaining in the regular season.

“They’re a good bunch of young men,” North Kingstown coach Bob Nabb said. “We won two games a couple of years ago. Usually when you have a losing team, they tend to get chippy. This group never resorted to undisciplined hockey. It’s really been a pleasure to coach these guys.”

As freshmen, the current seniors were part of a .500 team but struggles ensued in a 2-13-1 campaign the next year. Last year’s five-win push offered signs of improvement, and the Skippers haven’t let this year’s challenges stop them from making good on the promise. They own wins against D-II newcomers Johnston/North Providence, West Warwick/EWG, Mt. Hope/East Providence and now South Kingstown, last year’s D-II co-champion. Their only loss in league play came against Lincoln by a 3-2 score.

“We’ve played pretty well,” Nabb said. “And now we’ve got two wins against teams in our subdivision, which is going to be important for playoff seeding.”

South Kingstown dropped to 2-4. The Rebels snapped a three-game slide with a win over West Warwick/EWG on Friday but weren’t able to keep things going against the Skippers.

“We were all around the net in the third period – hit a post, pucks sliding just past,” South Kingstown coach Tom Cauchon said. “It was kind of a frustrating game. But we played hard. We played about as well as we could play.”

North Kingstown’s Max Proulx scored the game’s first goal 4:04 into the first period, whipping in a shot from the right point off an assist by Zachary Matthis. Just 27 seconds later, South Kingstown answered as Bennett Souza swept a rebound inside the left post to tie the game.

The Skippers quickly regained momentum two minutes later as Connal Gately knocked in a rebound on the left side for the 2-1 lead with 8:25 left in the period. Nick Chabot and Tanner Wadovick assisted.

“That was big,” Nabb said. “You always hate giving up goals, but the times you really hate it are at the end of a period, beginning of a period or right after you score. Those are the killers. I thought for that first part of the game, I thought we were carrying the play pretty well. To give that one up right after we scored hurt, but the guys really responded.”

Evan Engelhardt made it a 3-1 lead for the Skippers early in the second period, sliding in a shot from the slot off a pass from behind the net by Gately.

North Kingstown stayed in control for the rest of the second period before having to withstand consistent pressure by the Rebels in the third period. Skipper goalie Kyle Saleh made 10 saves in the final period, and the Rebels missed some good looks. A breakaway chance for Benjamin Collins was off target with nine minutes left, and a Collin O’Grady shot around the six-mintue mark hit the post.

“We were all over them in the third period,” Cauchon said. “They’re pretty fast, and I was proud of the way we were able to stick with them. A bounce here or there, we tie that game up. It was kind of frustrating.”

The Rebels pulled goalie Joe Bruno with two minutes to go but still couldn’t push through. Gately delivered an empty-net goal with 11 seconds left to put the finishing touches on the win for the Skippers.

“Once they got down to 3-1, they really started pushing,” Nabb said of the Rebels. “We were on our heels for the last five minutes or so, but Kyle Saleh made some good stops in net and we’ve got three guys out there trying to block shots – that’s the type of dedication and commitment you like to see.”

“They’ve been a great group,” said Cauchon, who is in his first year as head hockey coach and is also the school’s lacross coach. “I know a lot of them from lacrosse. Whenever it ends, it’s going to be a real nice career for these guys – won a championship, some good years. I watched games when I wasn’t coaching and they’ve come along way since their freshman year. It’s a solid group of hockey players and a solid group of kids too.”