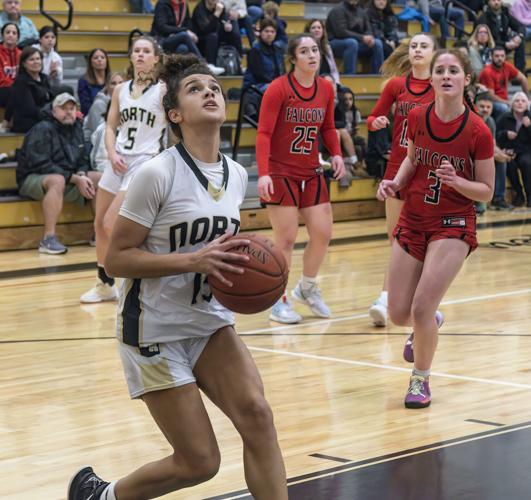 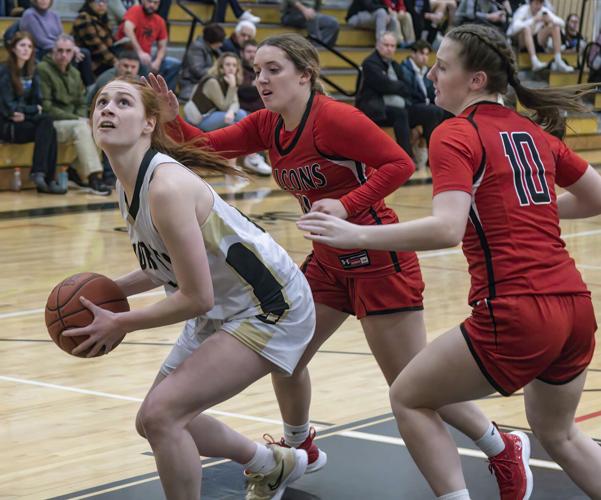 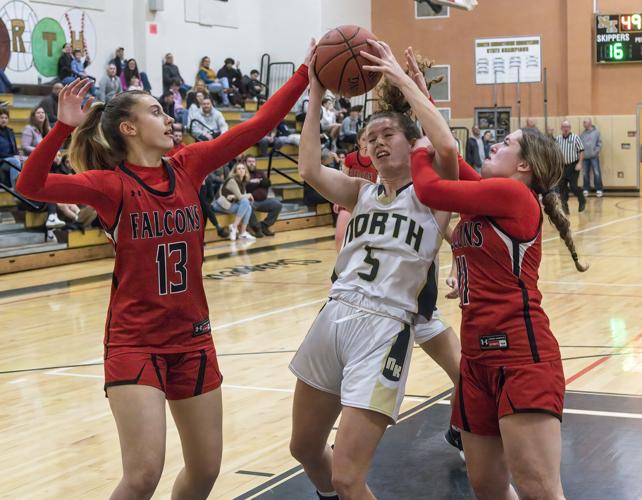 NORTH KINGSTOWN — The basketballs stayed in the closet.

Holiday break practices for the North Kingstown girls basketball team were all about one thing.

“A lot of running,” senior Jordan Moreau said. “Coach said, ‘We have to get you in shape. This is the week for it.’ So we ran. A lot.”

Getting in top shape is especially important for a Skipper team that loves to run, and they were at full speed on Friday night. Dominating at both ends and racking up fast-break points, the Skippers blew past Cranston West 72-19 to remain undefeated on the year.

““We didn’t touch a basketball,” head coach Bob Simeone said. “We just ran. And you can see it. We were flying up and down the court.”

The win puts North at 6-0 in Division I league play. Much tougher tests are still to come, but the Skippers have been impressive in taking care of business thus far. They’ve outscored opponents by an average of 34 points in league games.

North opened 2023 with a non-league win over West Warwick, then romped past St. Raphael on Jan. 4. Cranston West was somewhat close to North in a December meeting and can typically disrupt teams with its hard-nosed style, but the Falcons were blitzed on Friday. The Skippers raced to a 10-1 lead, then made it 19-3 by the end of the first quarter. They did not allow a field goal in the opening quarter, with Cranston West’s only points coming at the free-throw line.

Jillian Rogers opened the second quarter with seven straight points and Moreau scored on the break to make it 28-3. It was 38-9 at halftime.

“It’s very important for us,” Moreau said of playing at a fast pace. “We do very well with fast breaks. When we can run, we play a lot better. Teams can’t stick with us when we’re really in shape. The whole game, we keep running.”

The second half gave North a chance to mix in some of its younger players. Sophomore Emma Harding scored eight points and freshman Alexandra Watson chipped in with two.

Rogers led all scorers with 28 points and Moreau scored 20. Jaelyn Holmes was also in double figures with 12 points.

Rogers was coming off a tough shooting night against St. Raphael but got back on track against the Falcons. Moreau continued to do it all for the Skippers, a game after pulling down an eye-popping 23 rebounds against the Saints.

“They’re moving the ball well,” Simeone said. “We’ve worked on a lot of zone sets. A lot of running. We’re scoring a lot of layups.”

North pushed its record to 7-0 with a 58-40 victory over Juanita Sanchez on Tuesday. The real challenges begin next week when the Skippers visit perennial contender Barrington and defending state tournament champion Ponaganset.

Do you believe a ban on the sale, manufacture and transfer of assault weapons would make Rhode Island safer?

At a press conference with other state leaders Tuesday afternoon, Rhode Island Gov. Dan McKee said he is ready to sign a bill introduced this week to ban the sale, manufacture and transfer of assault weapons in Rhode Island. If approved by state legislatures, violators of the law would face a fine of $10,000, have the guns in question confiscated and could face up to 10 years in prison. Do you believe a ban on the sale, manufacture and transfer of assault weapons would make Rhode Island safer? Why or why not? Let us know in this week's poll question below.