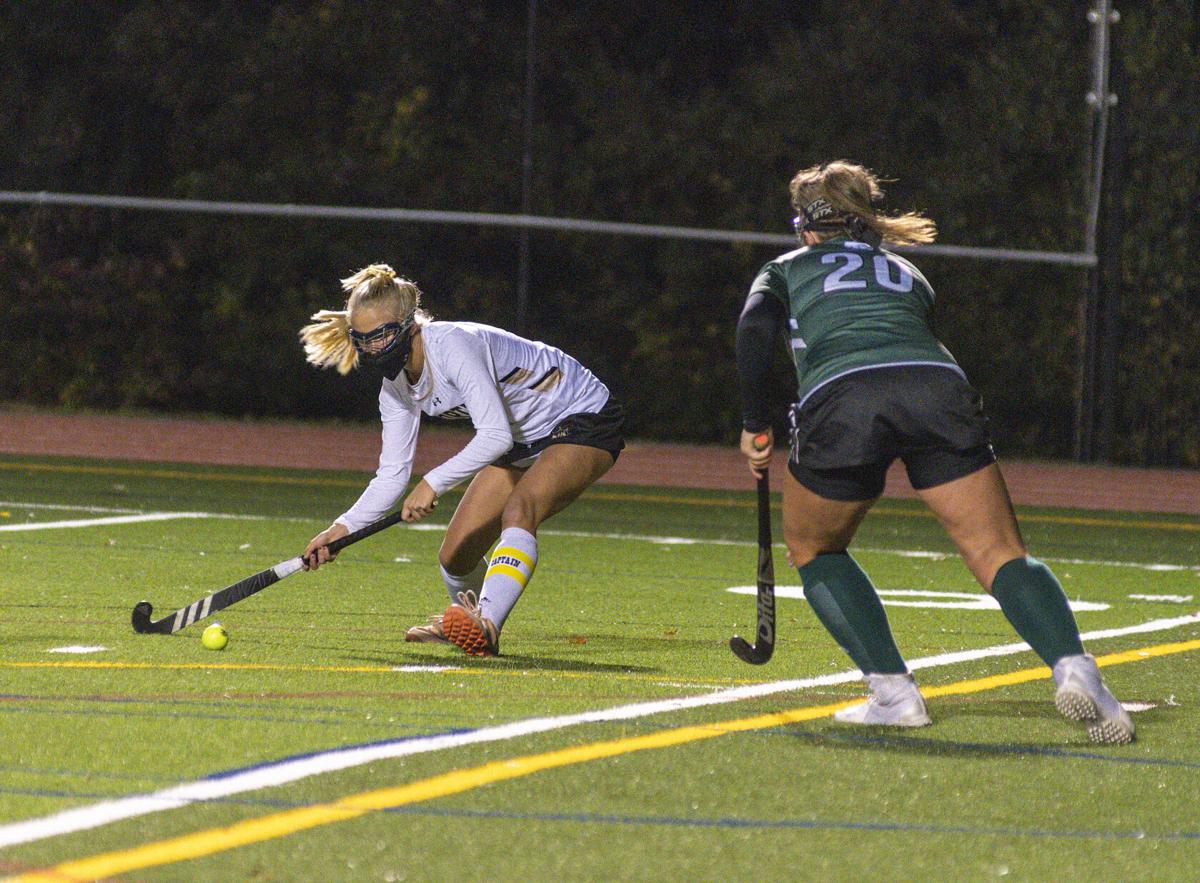 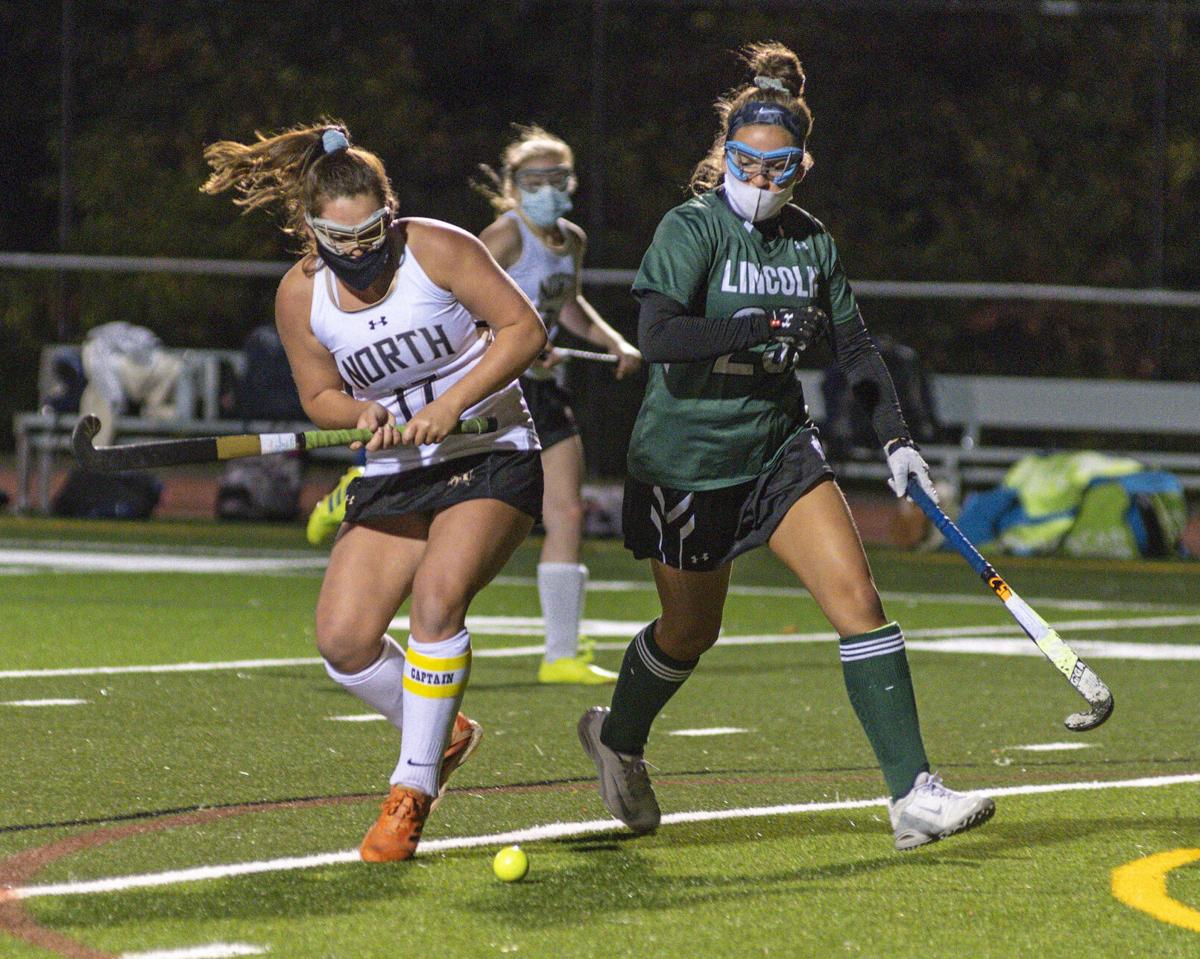 NORTH KINGSTOWN — A coaching milestone, a showcase for a senior star and a shutout win.

The season opener was worth the wait for the North Kingstown High School field hockey team.

“We’ve been officially practicing for the last two weeks and we’ve been working really hard, two hours a day, all leading up to this first game,” Campbell said. “We only have eight games and six league games, so we really wanted to be prepared going into the first game and come out and get a win.”

The Skippers were also happy to deliver for their coach. The milestone was announced after the final whistle. Maguire is in her 32nd year at the helm of the Skippers, a tenure that has seen them become the state’s premier program. North Kingstown has won 13 state championships overall, 11 of them coming with Maguire at the helm. She also won a championship as a player with the Skippers. Maguire was inducted into the Rhode Island Interscholastic League Hall of Fame in 2017.

This season will be unlike any other in Maguire’s time, with the league delaying the start of fall sports due to the coronavirus pandemic and mandating masks during game play. Maguire and her players have been looking forward to it all the same.

“It’s good to be back. It’s good to finally get to play a game,” Maguire said. “We’ve been practicing a very long time. The end-all was let’s get to the opening night. Our whole thing is one game at a time, play as long as we can.”

Campbell was certainly ready to go. A three-time all-state selection, she began positioning herself for a fourth straight honor with another big game, and started the campaign quickly. Midway through the first quarter, Campbell and Faith Powers raced out on a breakaway. Powers centered a pass that Lincoln School goalie Ella Glucksman tried kicking away. Instead, the ball went directly to Campbell, who sent it right back in for the 1-0 lead.

Less than two minutes later, Campbell ripped a one-timer from 15 yards out that slammed into the back of the cage. With 2:15 left in the first quarter, Campbell’s backhand shot from 10 yards out also hit home.

“Skillful,” Maguire said of Campbell. “She brings the field hockey game to the next level, maybe even a few levels. She just keeps getting better, I think.”

Campbell added a fourth goal with 6:56 left in the third quarter on a blast from the middle. She set up Brooke Thompson up for the game’s final tally with 1:38 left in the fourth quarter. Junior goalie Eryn Harvey made seven saves to keep Lincoln School off the board. Powers picked up an assist, while Adora Perry tallied two assists.

Campbell has verbally committed to play Division I field hockey at the University of Massachusetts-Amherst. While she’s excited for that future, she was also eager to get back on the field for her final season as a Skipper. She typically embarks on a busy summer schedule, but USA Field Hockey canceled all its events due to the pandemic. Campbell worked out with Lead the Way Field Hockey Club, but even that didn’t bring the usual competition.

“It was definitely weird,” Campbell said. “This was probably the first game I played in about two months.”

She wasn’t rusty, and while there are some adjustments to make to new rules – especially the masks – Campbell and her teammates have been up for it.

“It’s definitely different but we have a really good squad this year,” she said. “It’s a lot of fun. We were definitely on and off with captains practices because it didn’t look like we were going to have a season. We’re just lucky to be out here and making the most out of every game.”

The Skippers were state runners-up last season, falling in the title game to East Greenwich. The league is planning for a postseason this year, but nothing is set in stone. With Campbell and several other key players back, the Skippers are hoping to be there at the end, in whatever the landscape looks like.

The short season denies the Skippers a chance at their trademark late-season peak – a trend that powered several of the title runs over the years – so they’re focused on winning now.

“I expect us to continually improve, but it’s so hard having so few games and playing every team once,” Maguire said. “You don’t have that time that we normally have to continue to improve throughout the season, so you’ve got to capitalize now.”

North Kingstown will host Barrington on Saturday at 3 p.m.