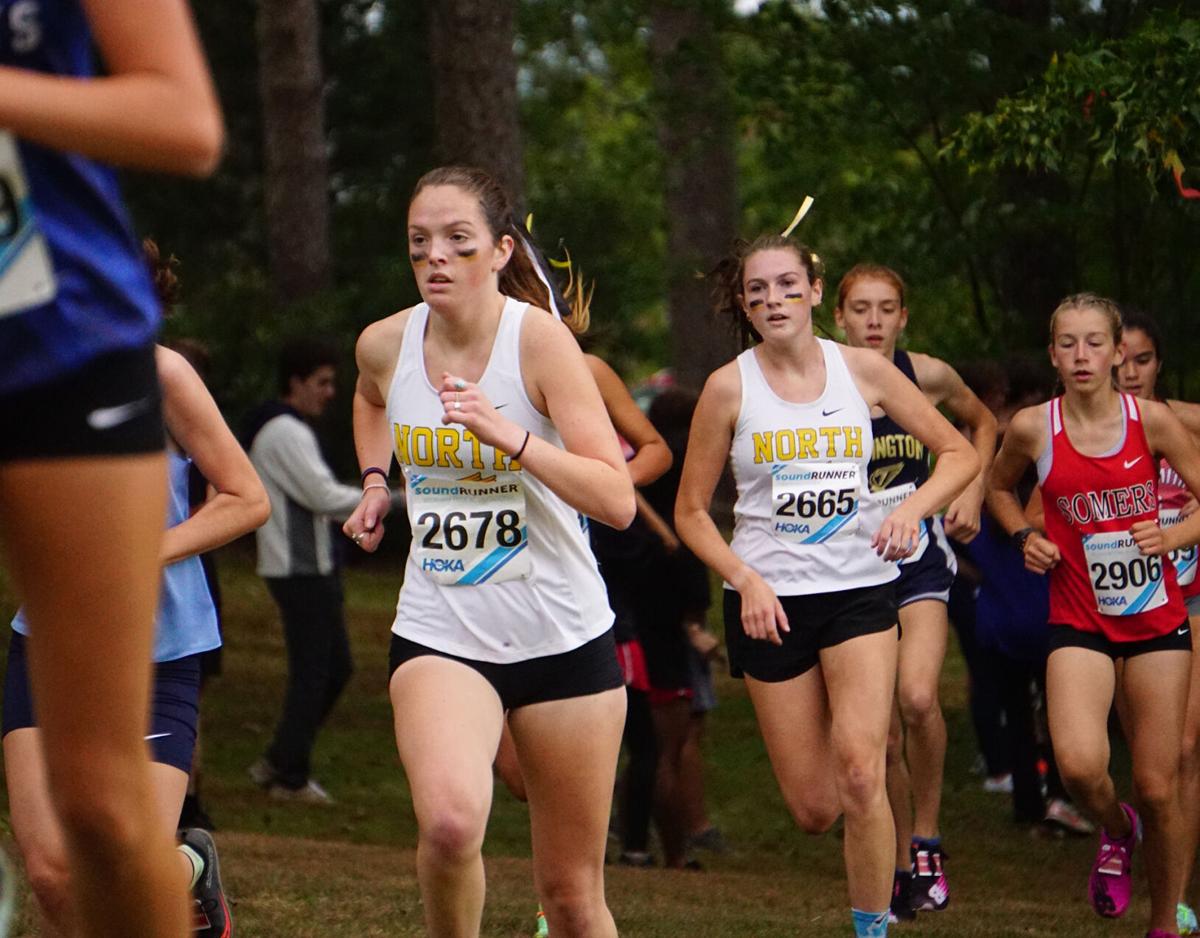 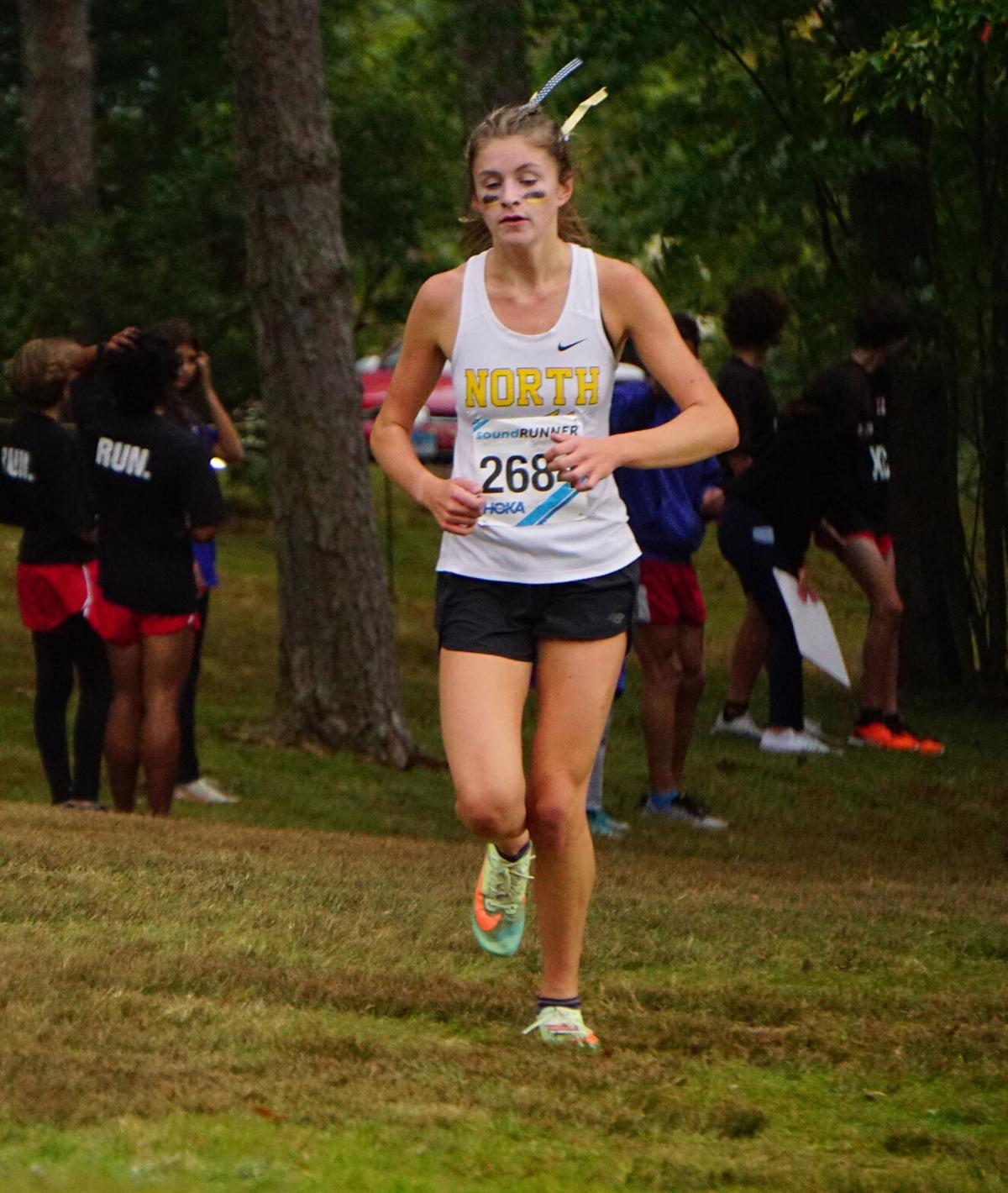 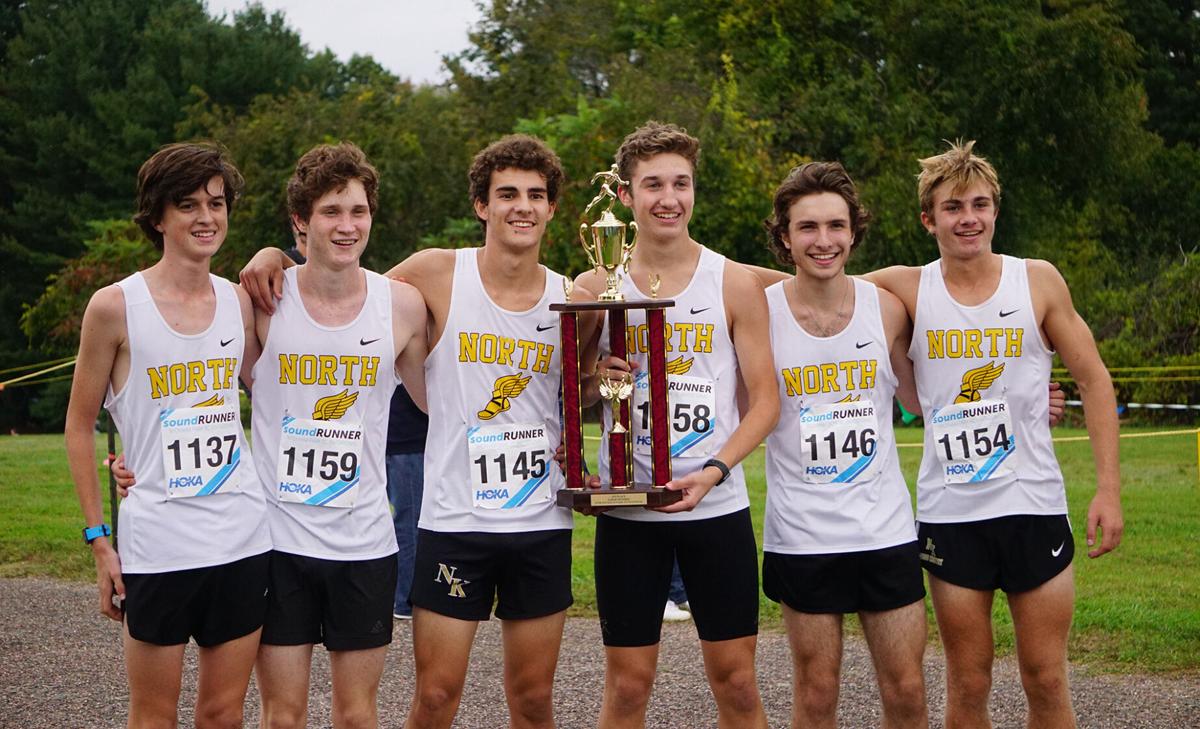 The North Kingstown boys with their trophy. 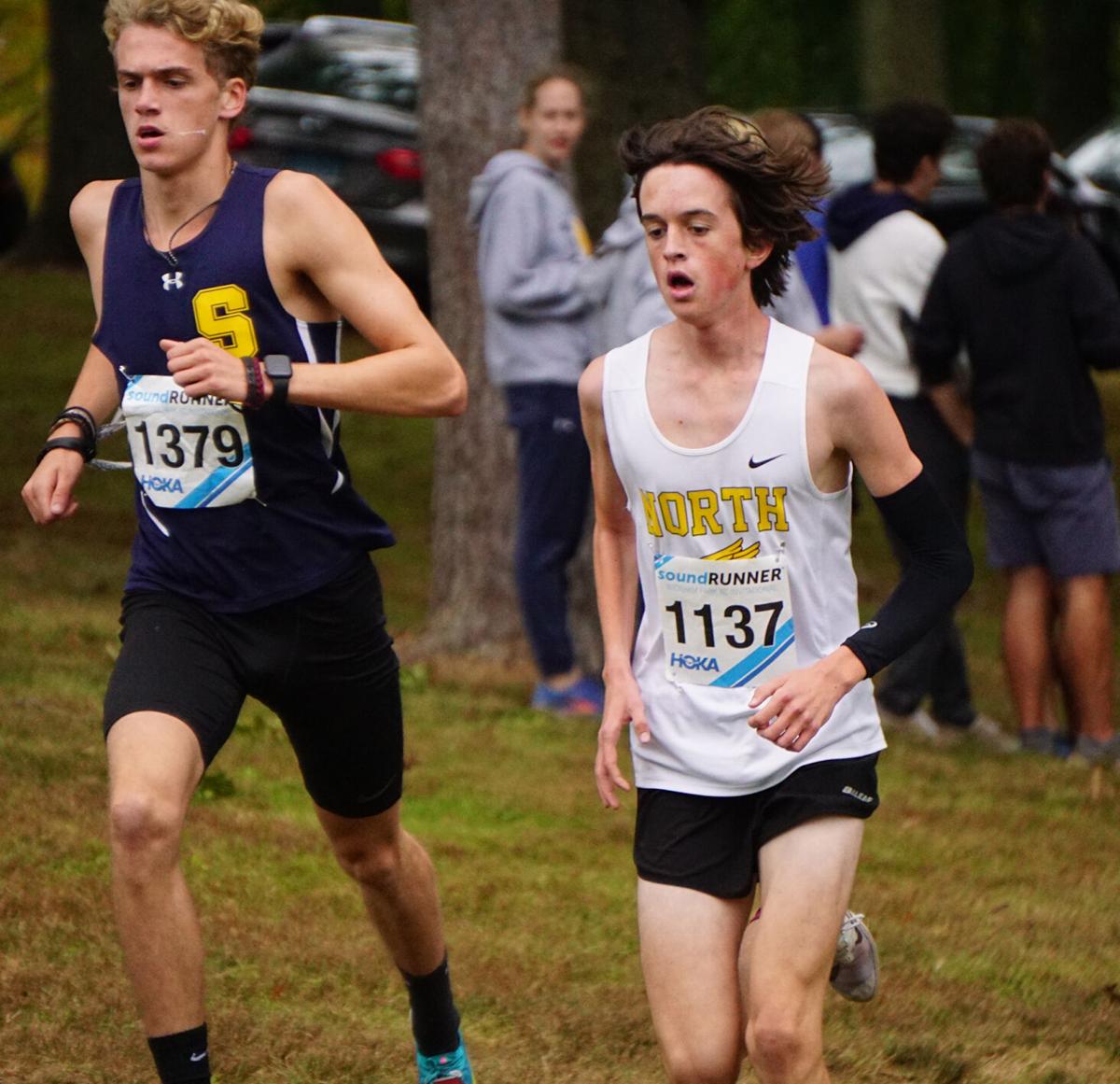 The North Kingstown boys with their trophy.

It was another big week in a strong season for the North Kingstown High School cross country teams.

Last Wednesday, the boys and girls teams won their regular season finale to cap off an undefeated dual-meet season and clinch the Southern Division championship. The boys beat Prout 15-44 and Rogers 17-46 to finish at 8-0. The girls hit the same mark with 15-46 and 15-50 wins over Prout and Rogers. The boys and girls both edged out South Kingstown for the division titles, with the Rebels losing only to the Skippers in dual-meet action.

With local competition handled, the Skipeprs hit the road over the weekend for the Wickham Park Invitational in Manchester, Connecticut. The boys won the Large Schools race, while the girls finished second to Glastonbury.

Jackson Borge led the boys team with a fourth-place finish in 16 minutes, 26 seconds. Jacob Sullivan was next across the line for the Skippers in 17:00, good for 10th place. They were followed by John Randall in 19th place, Cameron Ferrell in 27th and Jack Toolin in 31st.