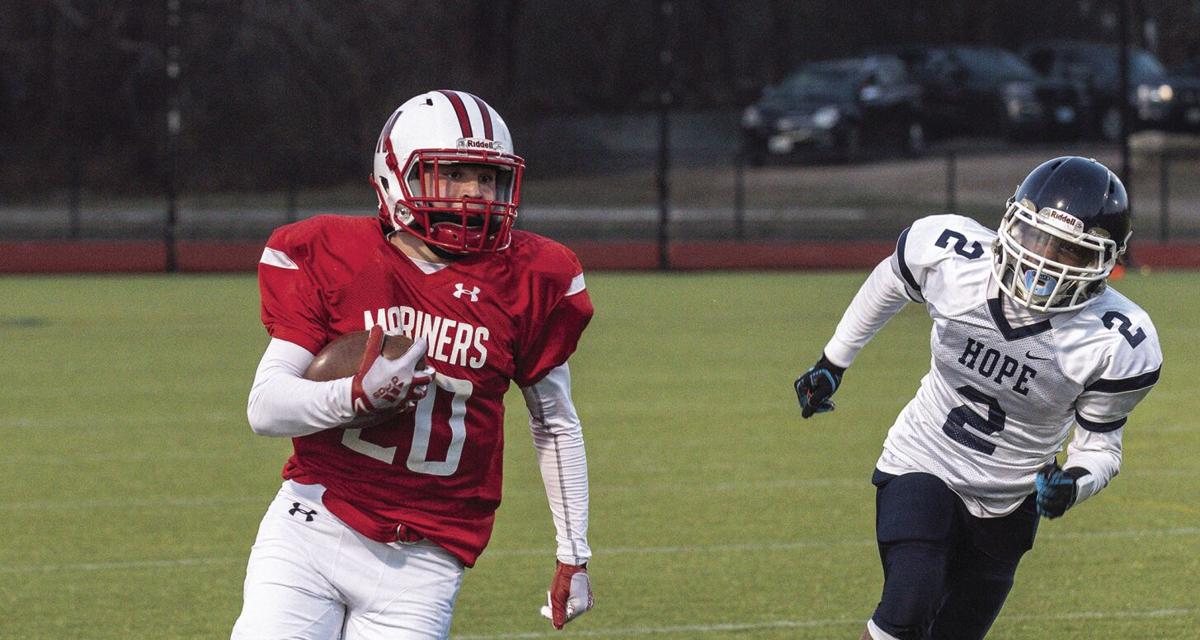 Narragansett's #20 gets past Hope's #2 during Friday's game at Narragansett High School. 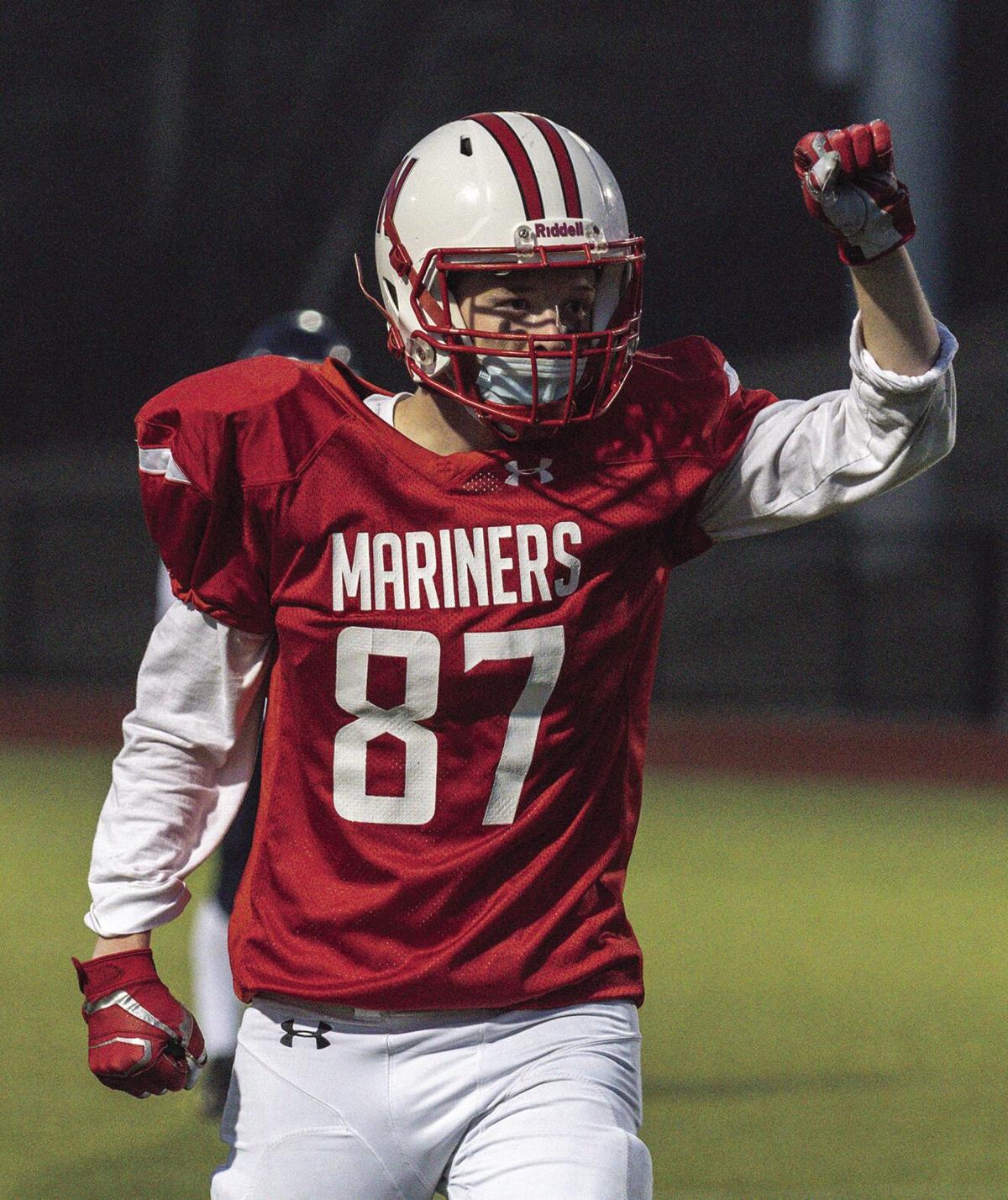 Narragansett's #87 celebrates as his team scores a touchdown during Friday's game against Hope at Narragansett High School.

Narragansett's #20 gets past Hope's #2 during Friday's game at Narragansett High School.

Narragansett's #87 celebrates as his team scores a touchdown during Friday's game against Hope at Narragansett High School.

The postponement of the high school football season due to the pandemic was met with disappointment in many circles.

For a few athletes, it created an opportunity.

Five members of the Narragansett High School boys soccer team have decided to give football a try this spring after helping the Mariners win the Division III soccer championship in the fall, when the sports would have normally conflicted. They’re providing a big boost to the football squad, while making the most of a chance they never expected to have.

“We’ve got a really strong junior class, complemented by some athletes who came out for us in the spring,” football coach Matt Blessing said. “They’ve always been standouts in other sports. They’re athletes. It’s kind of balancing things out for us.”

Brady Butler scored three touchdowns in the season opener and had the game-sealing interception in week two. Ethan Betts had a long touchdown in Saturday’s win. Colin Patrick and Jack Harris are chipping in on defense, and Lucas Masson is handling kicking duties.

Despite their football inexperience, the seniors among them – Betts, Butler and Harris – are filling a leadership void for the Mariners, who would otherwise have had an extremely small group of seniors. It doesn’t hurt that they’re coming off a championship in the soccer season.

“That was where we were hamstrung,” Blessing said. “Three kids who would be in our senior class are at North Kingstown. Their freshman year, that was the year I took over in the summer, but they had already signed on. The Narragansett football program was struggling. They headed up there. To get these guys in, who have that kind of leadership, even in another sport, is really good. It’s still athletics. It’s Xs and Os in soccer and X’s and O’s in football. They’ve given us a nice boost.”

Butler delivered an eye-popping debut in the season opener, with two touchdown receptions and an interception return for a score. A fast and physical striker on the soccer pitch, he’s fitting right in on the football field.

“First football game ever,” Butler said after the opener. “I’ve always, always wanted to play. I’ve just been in the soccer route my whole life. But then I got this opportunity with the spring season and I couldn’t turn it down. I had to play.”

Convincing athletes to come out for football is a key ingredient in any rebuild, and Butler was always a top target for the Mariner coaching staff.

While he grew up playing soccer, football is in Butler’s blood. His late grandfather, Alan, was the longtime head football coach at South Kingstown High School.

“He coached for SK for a long time, so I’ve had the connection,” Butler said. “He would have been happy that I’m playing right now.”

Betts also has roots in the gridiron. His father played football at Ohio University. The next generation has taken a variety of paths; Ethan’s older brother Adam was a swimmer at New York University and another brother, Jack, plays baseball at Salve Regina after also playing soccer for the Mariners. Ethan is a standout soccer and basketball player, but football was always on his radar.

“I always wanted to play football in middle school and early in high school,” he said. “But I was always playing soccer. My brother was the goalie when I was a freshman. Soccer has always been more convenient, less injury risk. Now I’ve got the perfect opportunity. There was no reason to say no.”

Betts had actually toyed with the idea of giving up soccer to play football this season before he learned that he wouldn’t have to. Finally on the field, he’s providing a big target in the passing game, with his height and athleticism translating well.

“Right away, when I heard it was moving, I knew I had to do it,” Betts said.

football players are also chipping in, helping support the Mariners’ already solid nucleus. The formula has worked so far, with the Mariners sitting at 2-0 and looking like a contender in Division IV.

It’s been 18 years since the Mariner football program won a championship, but not so long for another Narragansett squad.

“We’re trying to go back-to-back,” Betts said. “We’ve got that championship DNA, so we’re trying to bring a little bit of that over.”