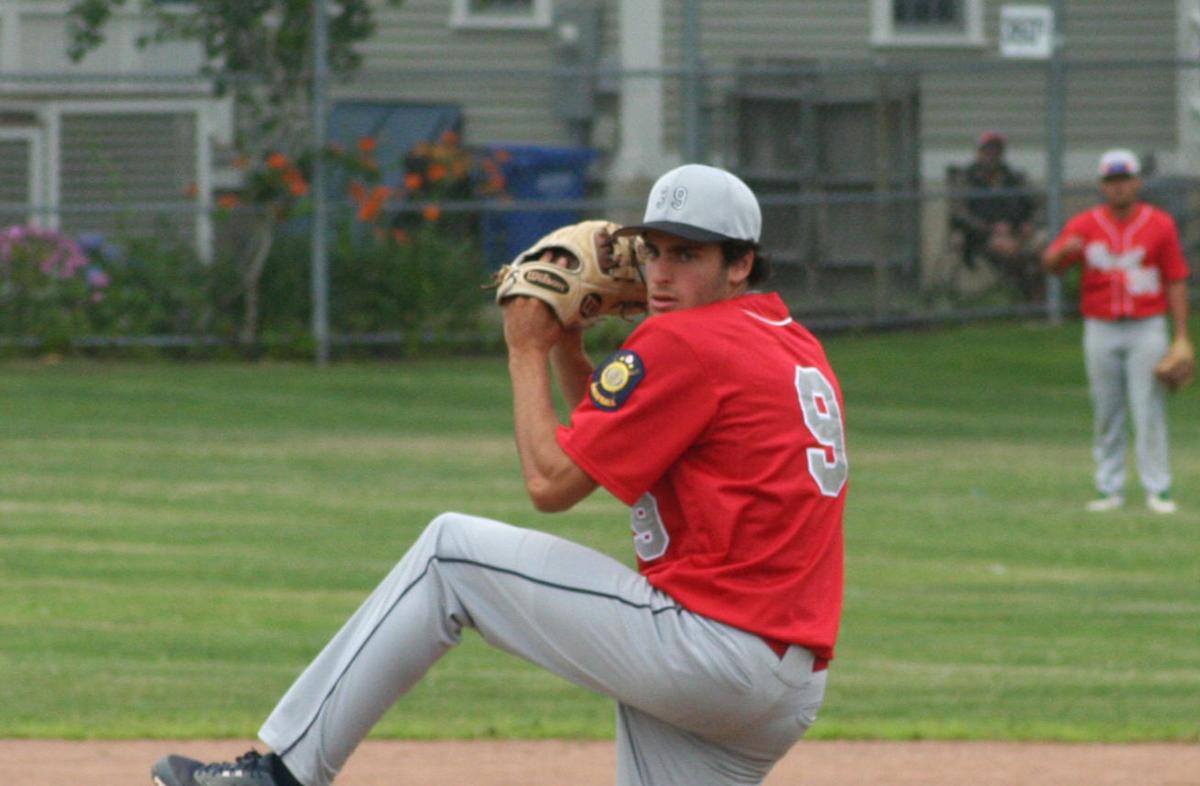 Sam Craven winds up for a pitch in game one of Tuesday’s doubleheader. 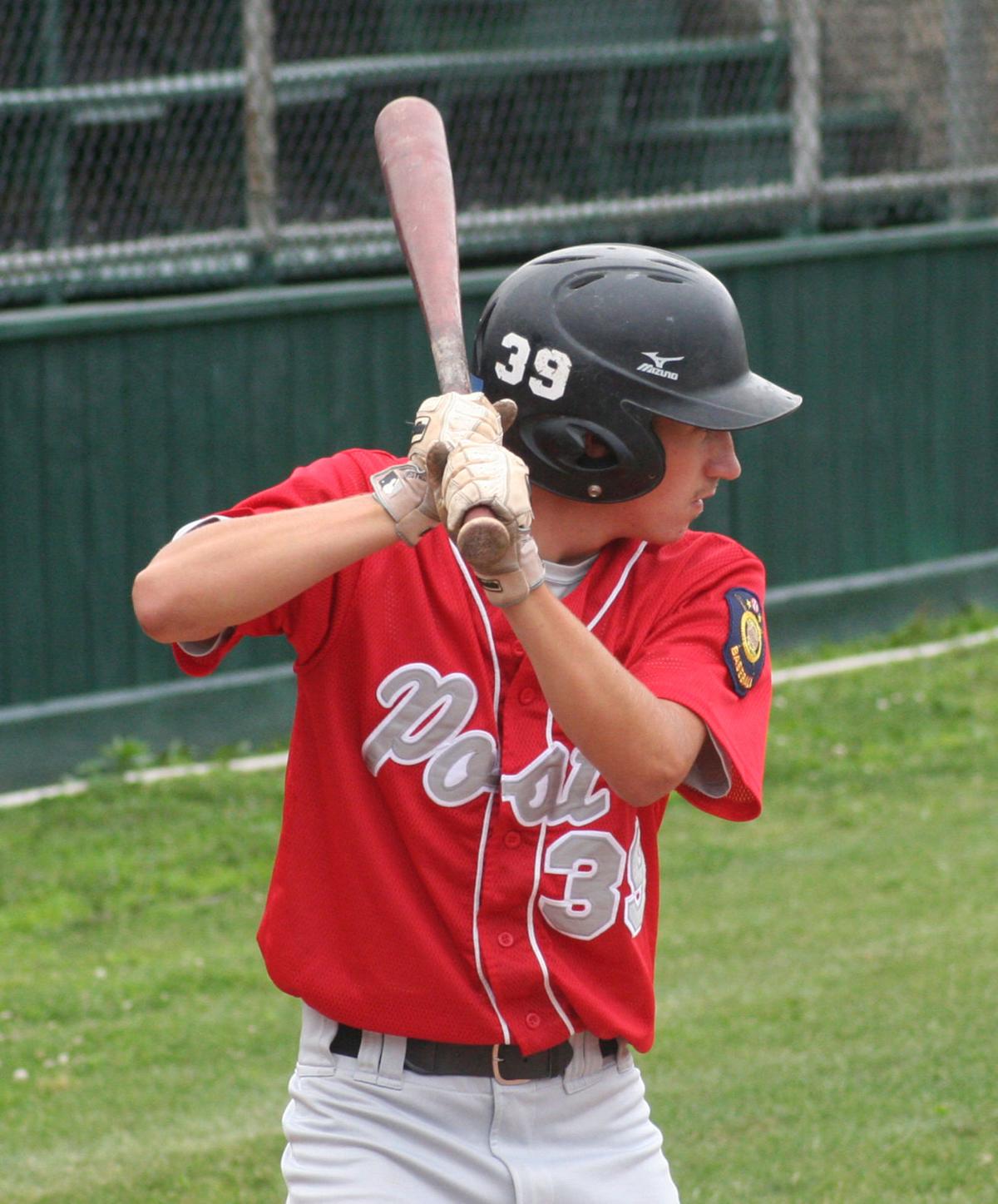 Sam Craven winds up for a pitch in game one of Tuesday’s doubleheader.

NEWPORT — It was good to be back, especially for pitchers in Tuesday’s Rhode Island Elite League season-opening doubleheader at Cardines Field.

Outside of one rally by Newport in the first game of the twin bill, the guys on the mound were a step ahead of their counterparts at the plate as players started to shake off the rust of a long few months without baseball. South Kingstown’s arms got in on the act particularly well in game two, helping the team salvage a split of the doubleheader with a 3-1 win. Newport had taken the opener 6-1.

“It kind of went the way I figured in terms of hitting and pitching,” South Kingstown manager Pete Podedworny said. “I didn’t expect the pitching to actually be as sharp as it was. It was really good on both sides. I expected the rusty bats, timing issues and everything else. No worries there yet. The pitching, I was impressed by.”

The Elite League is the impromptu replacement for American Legion baseball in Rhode Island, following the decision by the national legion program to not sponsor a season this year due to the coronavirus pandemic. Individual states were given the option of doing their own thing outside of legion’s purview, and Rhode Island’s response was the Elite League. Eight teams are in the league, with a 14-game schedule on tap.

After weeks of practices, games began this week.

“As coaches, we love doing this and we know the players love playing,” Podedworny said.

South Kingstown has a solid group ready to go, though it’s a different look from last year’s team, which had half-a-dozen players who were bound for college programs, including Chariho’s Sean Sposato, a URI commit.

“The turnover this year, it’s a lot of new guys, so it’ll be a challenge,” Podedworny said. “We counted four or five kids that had been in our program for a few years, so we’ve got a lot of turnover. The issue is incorporating everybody and coming together as a team. At the end of the day, that’s what you need.”

The team has a potential ace in Sam Craven, a two-year starter at third base for South Kingstown High School and a Trinity College commit who was poised to get major innings this spring. Craven drew the start in Tuesday’s opener and tossed four shutout innings. He got out of the only jam he faced with a little help from his defense, as Sam Laurie threw out a runner at home plate to end the fourth inning.

Newport got to the bullpen with a run in the fifth. After South Kingstown tied the score in the sixth on an RBI single by Craven, Newport broke things open with five runs in the sixth.

But South Kingstown’s pitching moved back to center stage in game two. Ryan Gamelin struck out six in three hitless innings and Tyler McNamara fanned two across two scoreless frames. South Kingstown broke a 0-0 tie in the fifth on an RBI double by Mark Wightman and added insurance runs in the sixth on a two-run single by Broc French.

Jack Kesper and Shaun Quirk kept South Kingstown in front over the final two innings. Kesper pitched a scoreless sixth and Quirk allowed one run before working out of trouble in the seventh, ending the game with a strikeout while the tying run was on base.

“Pitchers are always going to have an advantage in this kind of situation where guys haven’t been hitting,” Podedworny said. “And our guys were pounding the strike zone tonight. Sam, Ryan, Tyler especially – they were really throwing strikes. I thought everybody pitched very well.”

Thanks to a few veterans, South Kingstown had enough offense to make the good pitching effort count. Wightman and French were both members of last year’s team. Wightman is a Chariho grad while French was a South Kingstown all-stater who barely got his Trinity College career started before the cancellation of the season.

“That’s what you’re hoping for from guys like that,” Podedworny said. “That’s what you expect. Once we weren’t sure what was going to happen, we made sure we got Broc on a team in the Sunset League. But we kept a roster spot for him. He’s probably going to be a pitcher only in the Sunset League so we asked him if we wanted to come and get some at-bats, just for fun and he was all for it.”

With a 1-1 record, South Kingstown will make its home debut tonight at Old Mountain Field against Pawtucket. It’s the first in a three-game homestand, with Scituate visiting Monday and Upper Deck coming south next Thursday.

Do you believe the state has done enough to increase coronavirus testing rates in South County?

An analysis of state-provided data on testing for the coronavirus shows only 12 percent — 9,265 — of the 72,492 residents in North Kingstown, South Kingstown and Narragansett have so far been tested for the virus, nearly five months into the pandemic. The number could even be lower when repeat testing counts are removed, state officials said. Do you believe Gov. Raimondo and Department of Health officials have done enough to encourage Southern Rhode Island residents to get tested for the coronavirus?