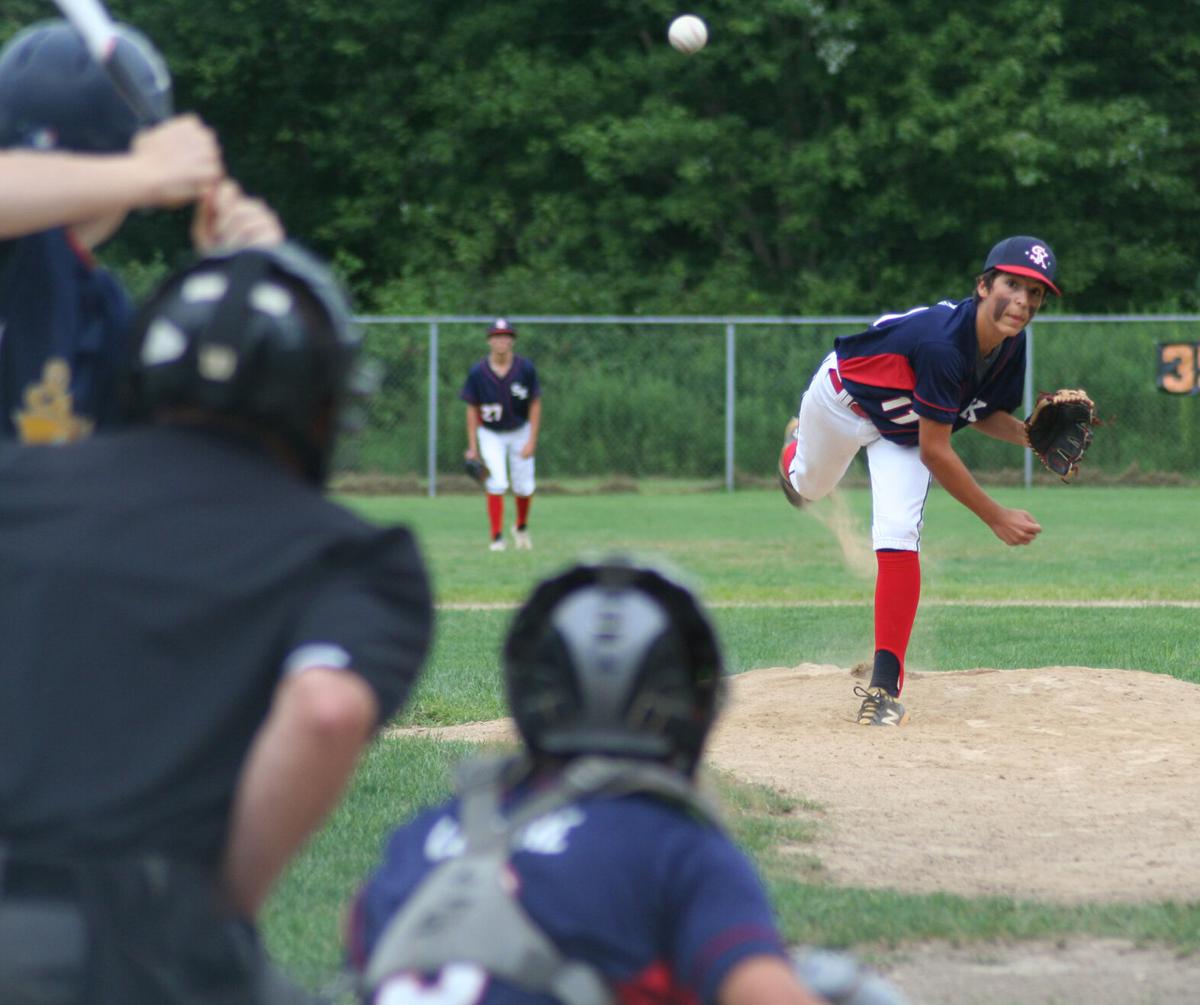 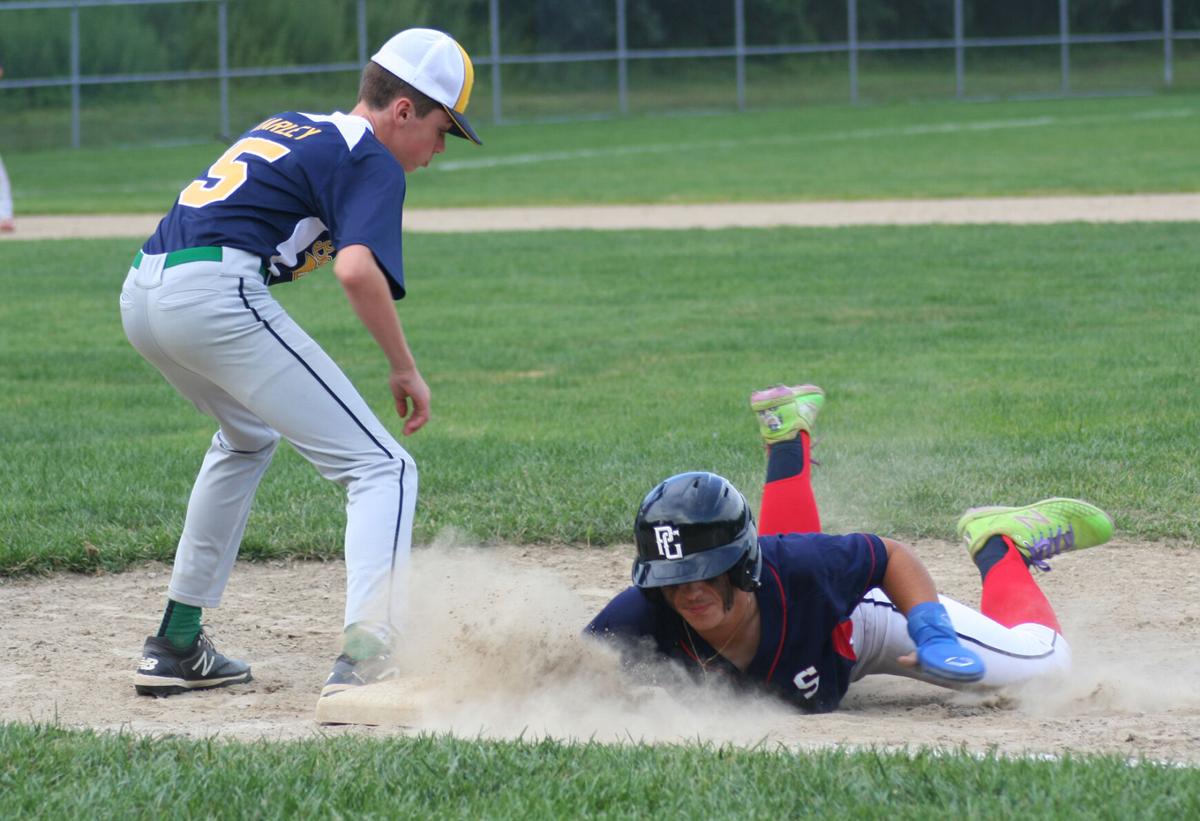 Gian Lepore slides back to first on a pickoff attempt in Sunday's game. 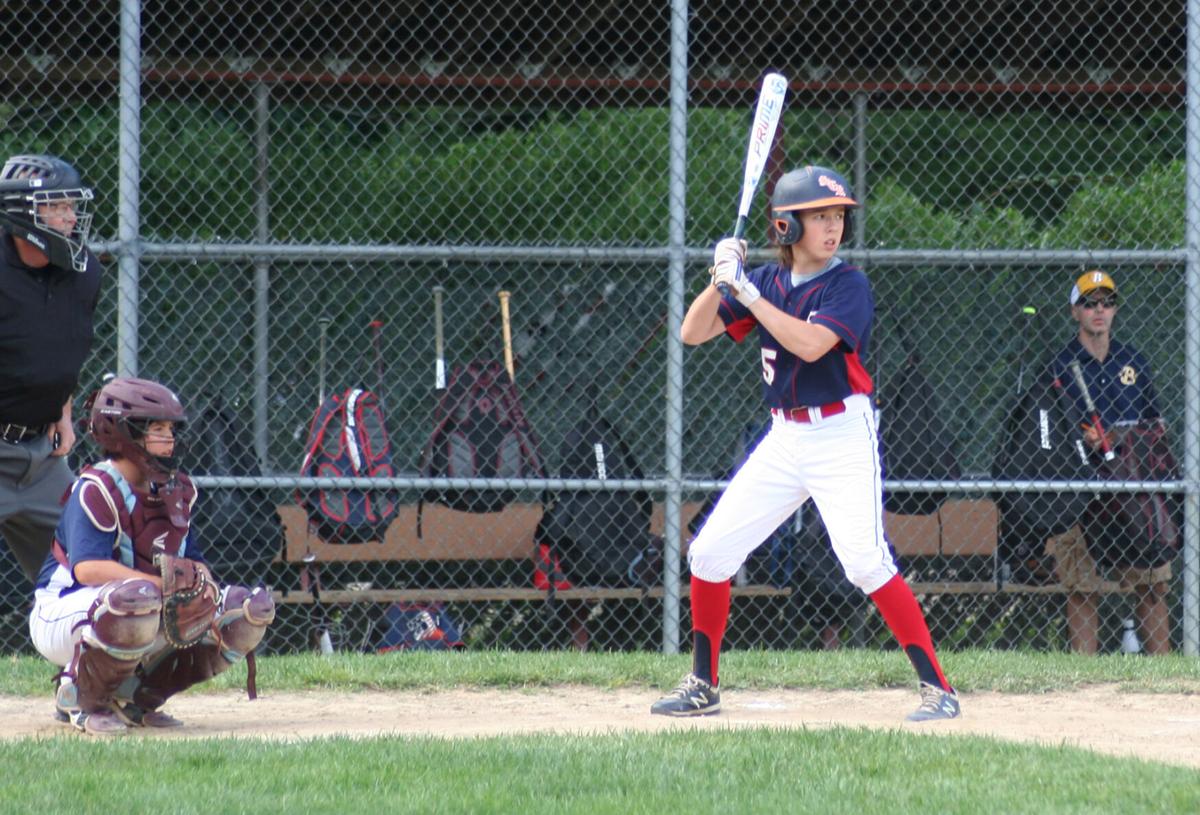 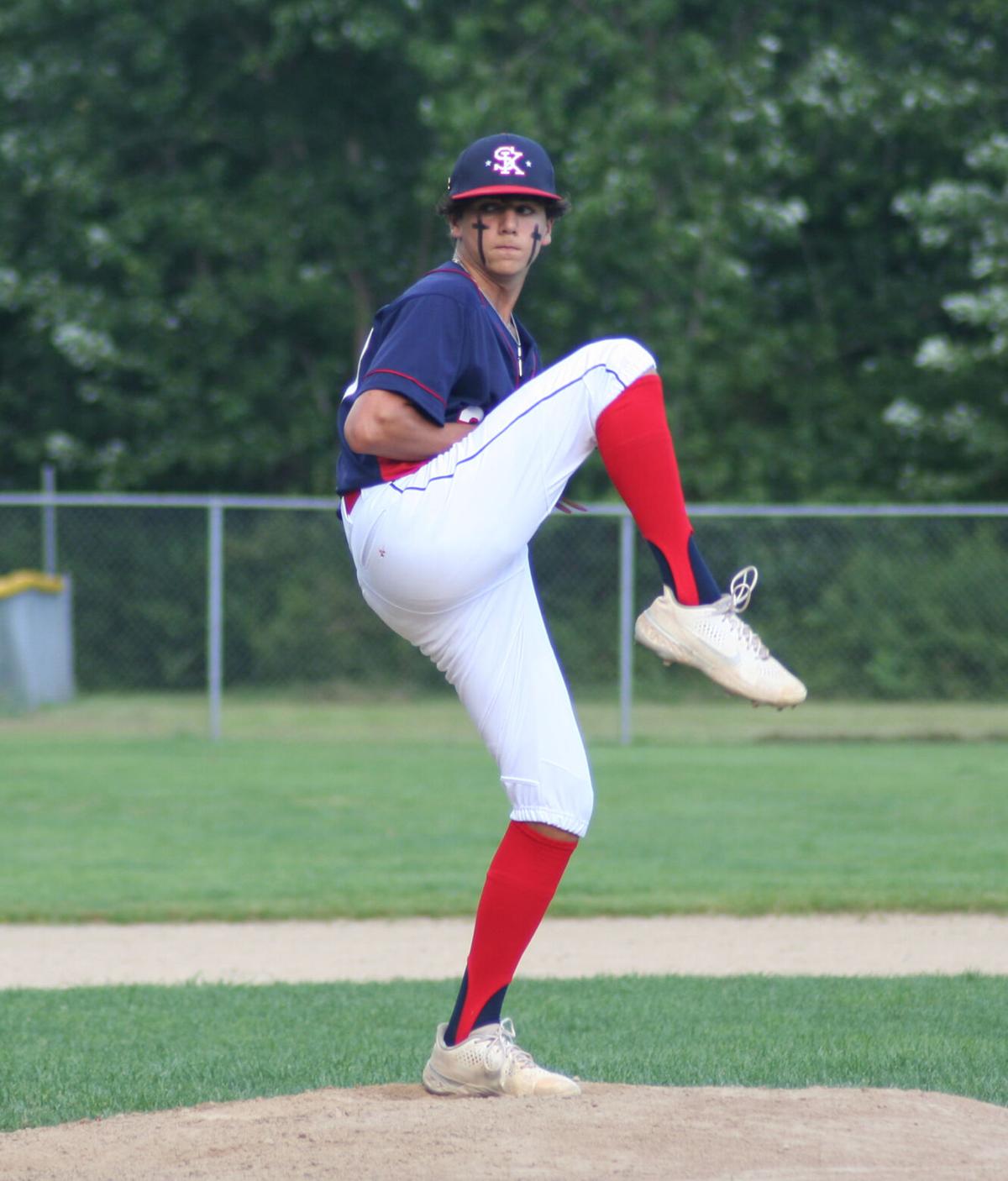 Gian Lepore slides back to first on a pickoff attempt in Sunday's game.

CRANSTON — Already on a run unlike any other, South Kingstown Little League’s junior division all-stars narrowly missed out on more history at the state tournament.

The club won the league’s first-ever junior division district title last month. Seeking the first state championship for the league at any level, South Kingstown battled its way out of the losers bracket at the state tournament and forced a winner-take-all title game before coming up just short. Barrington won the championship with a 5-1 victory on Sunday evening at Fay Field.

The loss brought an end to a memorable summer.

“This is the first time our juniors team won districts and made it to the states,” manager Frank Gallucci said. “It’s one of my favorite teams that I’ve coached. We had a lot of fun together. It’s a really good group, and they’re great young men. I tried to tell them, they learned way more about life than about baseball. I’m proud of them.”

They got halfway there with a flourish. Jonah Monnes – the star of the district tournament with his 16-strikeout game – pitched 6.2 innings, didn’t allow an earned run and struck out 12 to lead South Kingstown to a 6-1 win. It was a 1-0 game most of the way on a Drew Nowell RBI groundout before South Kingstown broke things open with five runs in the sixth. Nowell, Monnes, Tim Menard, Ben Brown, Matthew Chofay and Ben Davis all had hits in the burst. Brown and Chofay drove in two runs each.

“Our bats were so quiet but we finally got them going,” Gallucci said after the win. “And Jonah is really strong.”

Momentum carried into Sunday’s game. Chofay drew the start on the mound and before he even threw a pitch, he staked himself to a lead. He led off the top of the first inning with a single, then stole second and third. When the throw to third got away, Chofay raced home for the 1-0 lead.

In the bottom of the first, Chofay encountered some trouble but escaped thanks to good defense. With runners on first and second, Christopher Promades lined a single to center field. Gian Lepore fielded the ball in center and fired a strike to the plate. Rounding third, Alex Anderson instead headed back to the bag. Catcher Ben Davis threw to third and Menard applied the tag for a sudden end to the threat.

Things went bad for South Kingstown in the fourth inning, and it happened quickly. Lucas Tanous reached on an error to start the inning. Blake Dolan followed with a slow roller back to the mound. Chofay tried for an out at second but didn’t get it. Promades followed with an RBI double to tie the game. Greg Fitta then hit an RBI single for the lead, and Sam Montour knocked an infield hit, with an ensuing error allowing two more runs to score. A fifth run came in on a passed ball.

“It got away from us,” Gallucci said. “The errors hurt, and that’s not common for us. But it is what it is. I’m glad they hung tough and kept battling.”

South Kingstown got a double from Davis in the fifth but Coutant stranded him there. Two runners reached in the sixth on a Menard single and a walk to Quinn Matos. They, too, were left on base.

Nowell pitched well in relief to keep it a 5-1 game but there would be no comeback. A two-out double by Davis in the seventh provided one last hope, but a hard line drive by Monnes was snagged at shortstop by Anderson, preserving the win for Barrington.

With no regional tournaments for the junior division this summer, the game marked the end of the line for both teams. South Kingstown didn’t get a banner but left with plenty of memories. When the summer began, they were a laid-back group with a lot of potential. With the district title in tow, they embraced the quest for more.

“They’re a really solid group,” Gallucci said. “They did well in middle school, and they had a great summer. Most of them are 14 so they’ll be going up to seniors next year.”

“It’s the water. That’s what we’ve been joking about – something in the water,” Gallucci said. “But it’s been all good. Fun summer.”