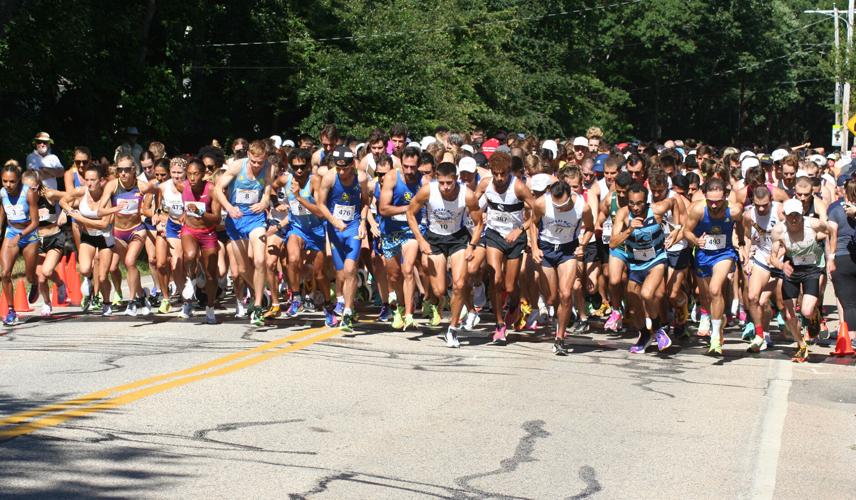 Runners sprint off the starting line at the Bobby Doyle Summer Classic on Sunday in Narragansett. 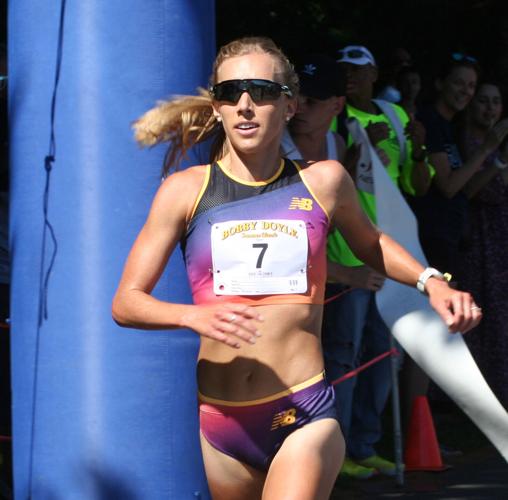 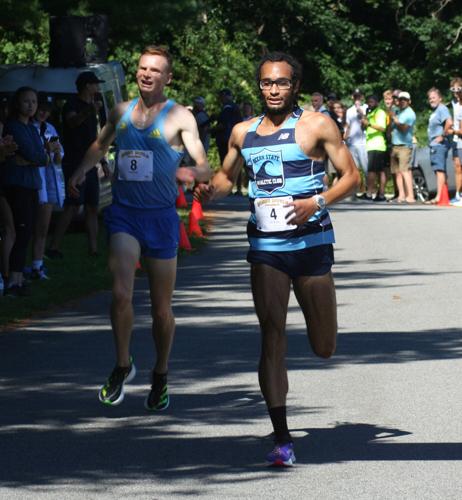 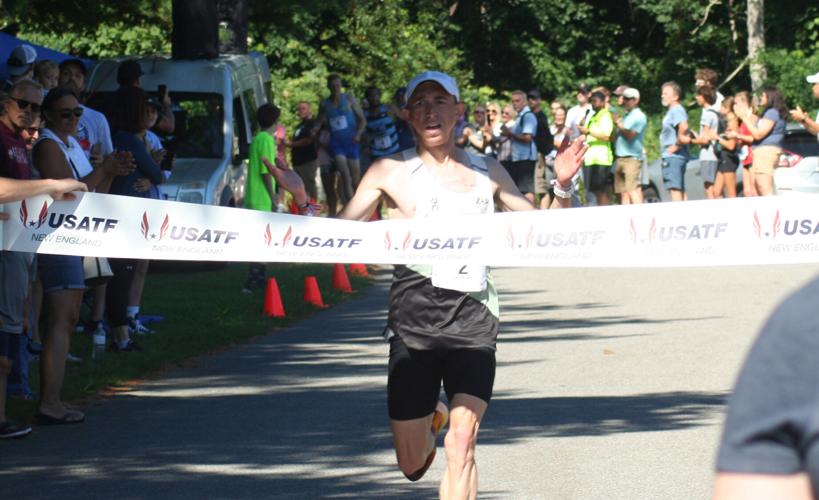 Runners sprint off the starting line at the Bobby Doyle Summer Classic on Sunday in Narragansett.

NARRAGANSETT — If you were driving around Narragansett on Sunday morning, you had a chance to see some Olympians running through the Pier.

A stacked field turned out for the 15th edition of the Bobby Doyle Summer Classic, and the 5-mile road race did not disappoint. Former champion Josh Izewski returned to town and returned to the top of the record books in winning the overall title, while Olympian Emily Sisson broke the women’s course record on her way to top honors.

“The last time I was here, I don’t think it was a New England championship, so I kind of just ran on my own,” Izewski said. “When I got here today, I saw Brian Doyle and he said, ‘It looks like it’s a pretty stacked field.’ It was a lot of fun.”

The Doyle event, which also features a 5K run and walk, has become a summer tradition for local runners and continues to give back to the community through scholarships and support of youth programs. Its affiliation with USATF and its status as the New England 5 Mile Championship has made the race a big draw for professional runners, as well. This year’s field was perhaps the best-ever. As the entries rolled in, it became clear that this would be an extremely fast race. Organizers arranged to have extra timing mats at a few different distances in anticipation of possible national or world records.

In the end, it was the course records that fell, as Izewski and Sisson surged to victories.

Izewski is a a native of Pennsvylania and a former University of Florida standout who now lives in North Carolina. Running for On ZAP Endurance, Izewski travels around the country for elite races. In 2020, Izewski finished 17th in the U.S. Men’s Olympic Marathon Trials.

He ran the Doyle Summer Classic in 2018 and set a new course record at 23:32. He hadn’t been back since, but made the trip this year and felt right at home. After his previous record fell last year, Izewski regained the top spot in a time of 23:26.

“I remembered the course from a few years ago and I knew the first mile was downhill,” Izewski said. “I tried to use the first mile to put some money in the bank. The goal was to run faster than I ended up running today. Through three miles, I was pretty much right on. That last little bit of gradual uphill into the finish – if you’re hurting, it gets you.”

Izewski had to leave quickly after the awards ceremony to catch an afternoon flight back home, but he was glad to have made his brief stay in Rhode Island count.

“These races up in New England always have a long history in the communities,” he said. “It’s always cool to be able to come up and participate. Obviously, the money goes to great causes. It’s great to see races that give back to the community. I was happy to be a part of it.”

Sisson broke the women’s record set last year by Erika Kemp, blowing it out of the water by a full minute. The former Providence College star competed in the 2020 Olympics in the 10,000 meters and is now in the midst of training for the Chicago Marathon. This was her first time in the Doyle event.

“We’re in the middle of marathon training, so when you’re racing in that time frame, it can kind of go either way,” Sisson said. “I was hoping I would feel pretty good today, and I did. I think the atmosphere and being around so many friends definitely helped. Anything under 25:20, I would have been happy with, so I was pretty pleased. I felt really good and I really enjoyed it. That was a fun one.”

Do you believe a town should be allowed to limit how many unrelated individuals can life together in a single dwelling?

In the latest development of a years-long battle between the town of Narragansett and local tenants and landlords, Superior Court judge Sarah Taft-Carter this week halted an ordinance passed by the Narragansett Town Council that capped the number of unrelated individuals who can live together in a rental house to three. The move means that, until a court rules on the legality of the most-recent ordinance passed in August 2021, Narragansett is unable to enforce a limit on rental houses and apartments in town. Narragansett Town Manager James Tierney said the town has no timeline on when a decision may ultimately be made by the courts, putting the potential limit in limbo until it is legally decided. Do you believe a town should be allowed to limit how many unrelated individuals can life together in a single dwelling? Why or why not? Let us know in this week's poll question below.