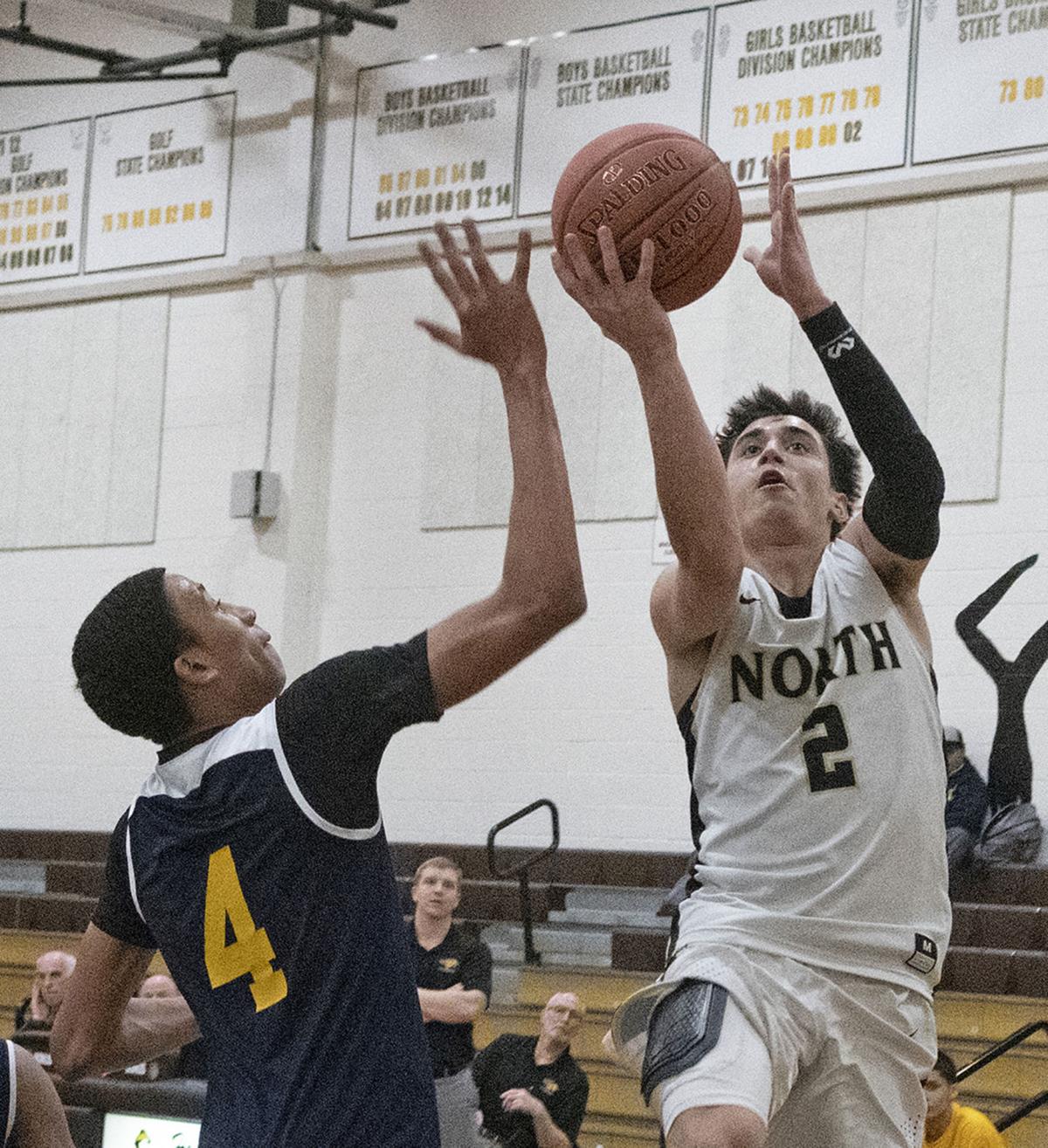 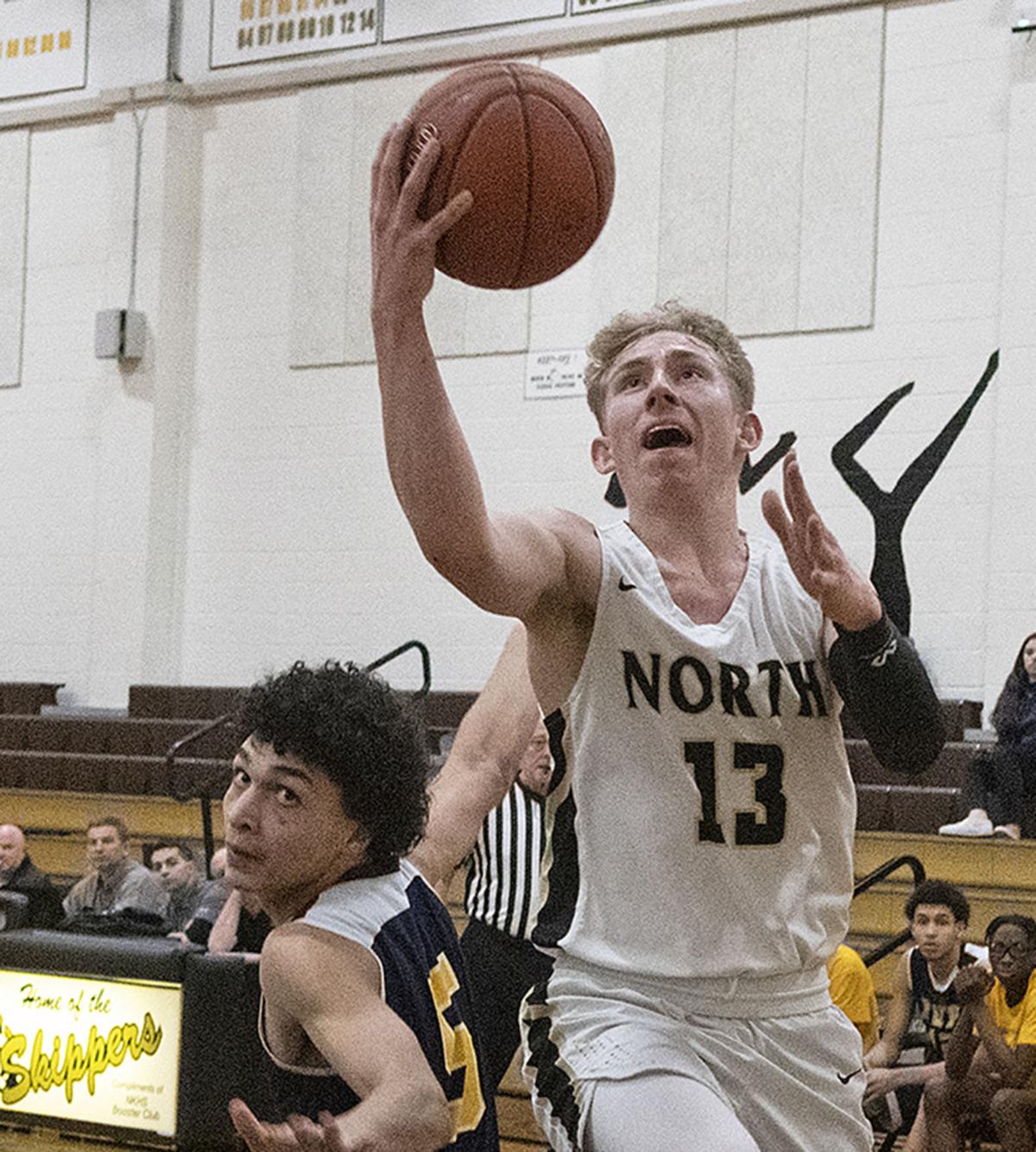 Before they led North Kingstown High School to the state basketball championship, Clay Brochu and Nick Sacchetti were youth basketball rivals. With their dads as head coaches, they were always relegated to different teams in North Kingstown Recreation’s travel program. Those squads often met in the finals of tournaments around the state, a sign of the bright future to come when they would join forces at the high school level.

As they leave North Kingstown, the dynamic duo is set to renew their rivalry acquaintances. Brochu has committed to play at Salve Regina University and Sacchetti is heading to Curry College. Both programs are members of the Commonwealth Coast Conference, and they play each other twice a year.

Brochu and Sacchetti made their choices following their senior season, which ended prematurely due to the coronavirus pandemic. They were hoping for another title run, on the heels of the Skippers’ D-I and state championship wins in 2019, but they’re excited about the basketball that’s still ahead of them.

“That’s the been the goal since like fifth grade,” Sacchetti said. “All of us who grew up playing together, the end goal was to play in college. We’ve been working for it, so just to have that opportunity will be great.”

Brochu leaves North Kingstown as the program’s all-time leading scorer and a two-time first-team all-state selection. His name will long be in Rhode Island hoops lore thanks to his 36-point performance in the 2019 state championship game.

When his senior season ended, Brochu wasn’t getting as much interest from colleges as he hoped. With a little help from the New England Recruiting Report’s virtual elite showcase, options began to pop up. Brochu considered Springfield and Stonehill, plus a different kind of opportunity as a preferred walk-on at Bryant before settling on Salve Regina.

“My options came down to Salve, Springfield, Bryant, Stonehill,” Brochu said. “Salve has been a family tradition. My dad went there, my brother goes there, and now I’m going there. It seemed right.”

The Bryant option was intriguing, a foot in the door at a Division I program. But the chance to make an immediate impact with the Seahawks in Division III was more appealing than the long road from walk-on to contributor in D-I.

“I would have had a chance of working into playing time, but I would be starting at the bottom and possibly not play until junior or senior year,” Brochu said. “As opposed to D-III and having a chance to have a major role on the team – that’s what it really came down to. I went with the chance of being able to play because basketball is a major part of my life, and I want to play.”

The family connection was also a major factor. Thor Brochu is heading into his senior season with the Seahawks. When Thor was a senior at North Kingstown, Clay was a freshman and a member of the junior varsity team, with his only varsity contributions coming in practice.

“That definitely came into my mind,” Brochu said. “We’ve never been able to play together. I was mostly a practice player for varsity when I was a freshman, doing the shot chart and stuff like that. But now, knowing I might be able to play with him, that was pretty exciting. And a lot of his friends came to my games this year. I’ve played with them a lot. I felt welcome there.”

The Seahawks went 12-14 this past season, with an 8-8 conference record. They averaged 81 points per game, an appealing stat for a scorer like Brochu.

“They’re always competing for a top spot in their conference,” Brochu said. “The coaching style is kind of similar to [North Kingstown coach Aaron Thomas], kind of a free offensive system – let the players do what they do best. I saw myself in that kind of offense.”

Up the road in Milton, Massachusetts, Sacchetti found a similar opportunity at Curry, a program that’s looking for impact players as it continues a rebuild under second-year head coach Joe Busacca.

“The coaches are great,” Sacchetti said. “They were always reaching out, staying in constant contact. They seemed like they really wanted me over different colleges, and they have a good program for what I want to major in, so I felt like it would be a good fit.”

Like Brochu, Sacchetti played junior varsity as a freshman for the Skippers then burst onto the varsity scene as a sophomore starter, a rare feat for a young player in a deep program like North Kingstown’s. He was a consistent scorer throughout his career, excelling on the fast break. He scored 13 points in the Division I title game this past season.

Sacchetti plans to major in business management, and he likes Curry’s location outside Boston. He picked the Colonels over interest from Nichols College and Lasell University.

“Curry just seemed like the overall best fit,” he said.

Both Sacchetti and Brochu are focused on being ready to go when the ball is tipped next season, working out on their own and hoping to get on the court when the situation allows.

“I’ve been doing a body workout and shooting at my house,” Brochu said. “Once everything opens up, planning to do the men’s league at Boon Street. I’ll be lifting at Salve and doing a couple of other summer leagues.”

“What I’ve heard from everyone regardless of the level is that you have to get your body ready,” Sacchetti said. “So it’s been a lot of lifting, working out. It’s been a little bit difficult in quarantine, but not too bad.”

The 2020-21 schedule has Curry slated to visit the Seahawks in Newport on Dec. 8 and host them on Jan. 23. The dates will be circled on the calendars of the friends turned rivals.

“That’ll be kind of fun,” Sacchetti said. “We’ve been together for a while. It’ll be fun to go up against him. We’ve done it in scrimmages, but this will be the real deal. It’ll be fun.”

“I look forward to playing him,” Brochu said. “We’re such good friends and good basketball players, so the competition is going to be amazing.”

And on days other than Dec. 8 and Jan. 23, they’ll be rooting for each other.

“I feel like Nick is going to do very well at Curry,” Brochu said. “I think he’ll have a major role there. We talked about where we were going to go, and we both made a decision to go to a place where we can have a big impact hopefully.”

“Clay will do what he does,” Sacchetti said. “He kills anywhere he goes, every level. We’ve traveled the state and a lot of New England with AAU and he doesn’t have a problem with anyone. His coaches will see what he does, no problem.”