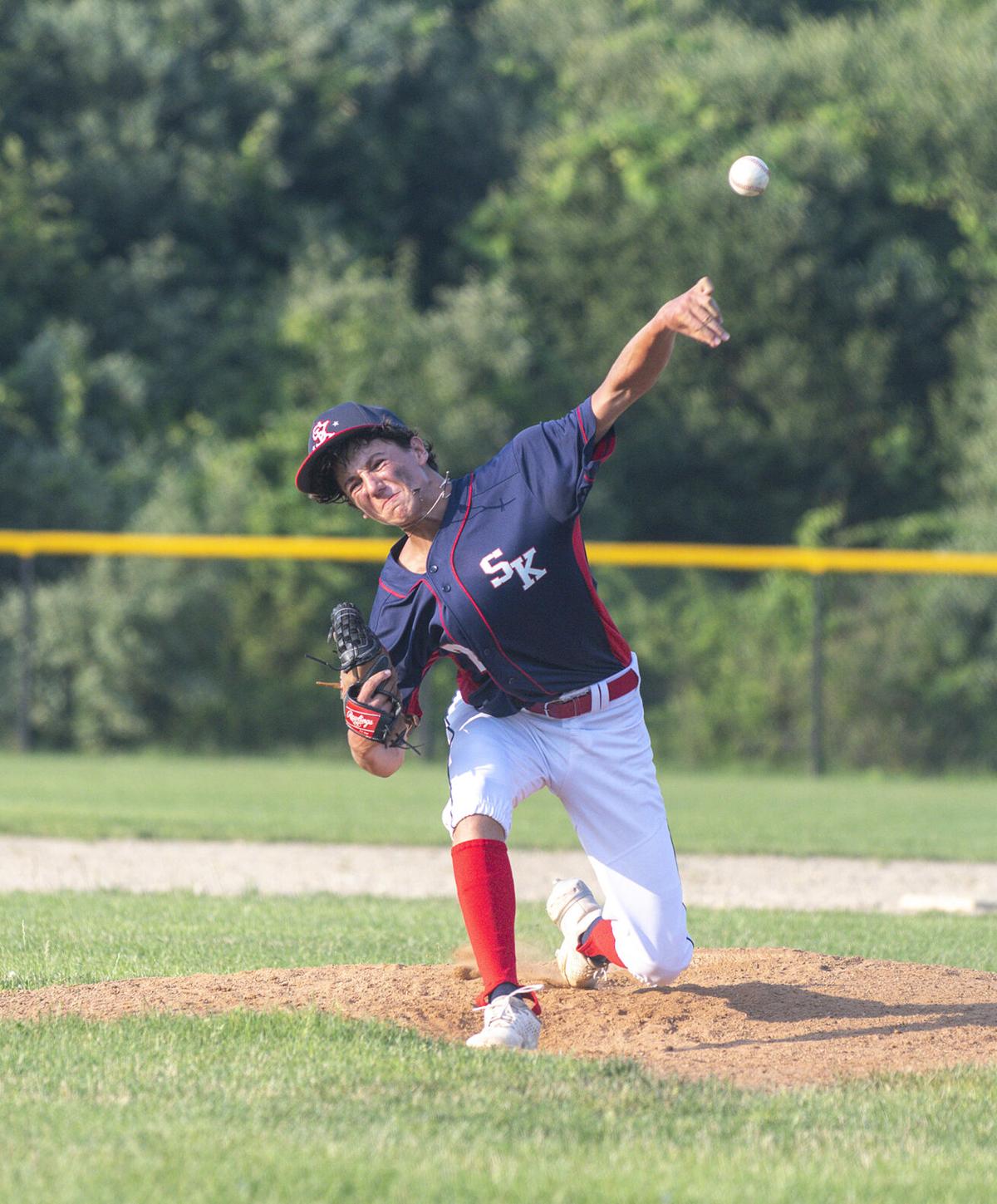 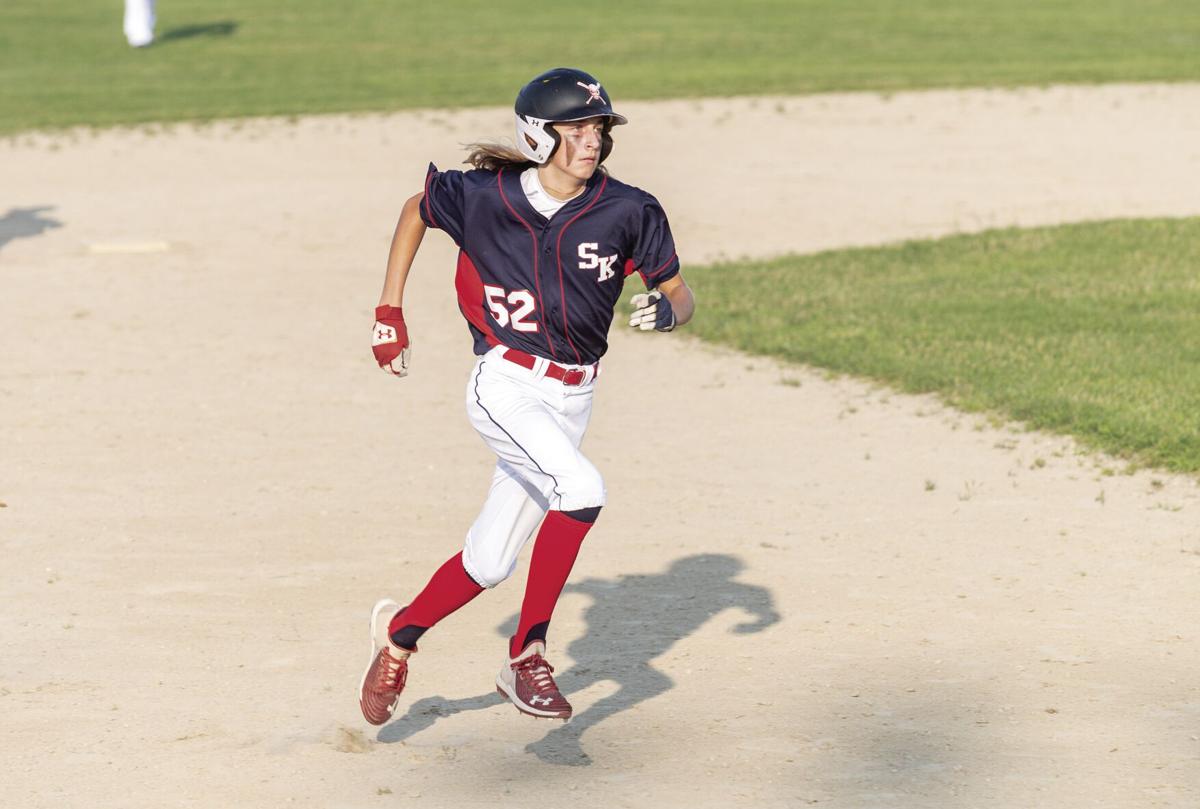 South Kingstown's Jackson Hohl races to third base during Thursday's game against Coventry at Broad Rock. 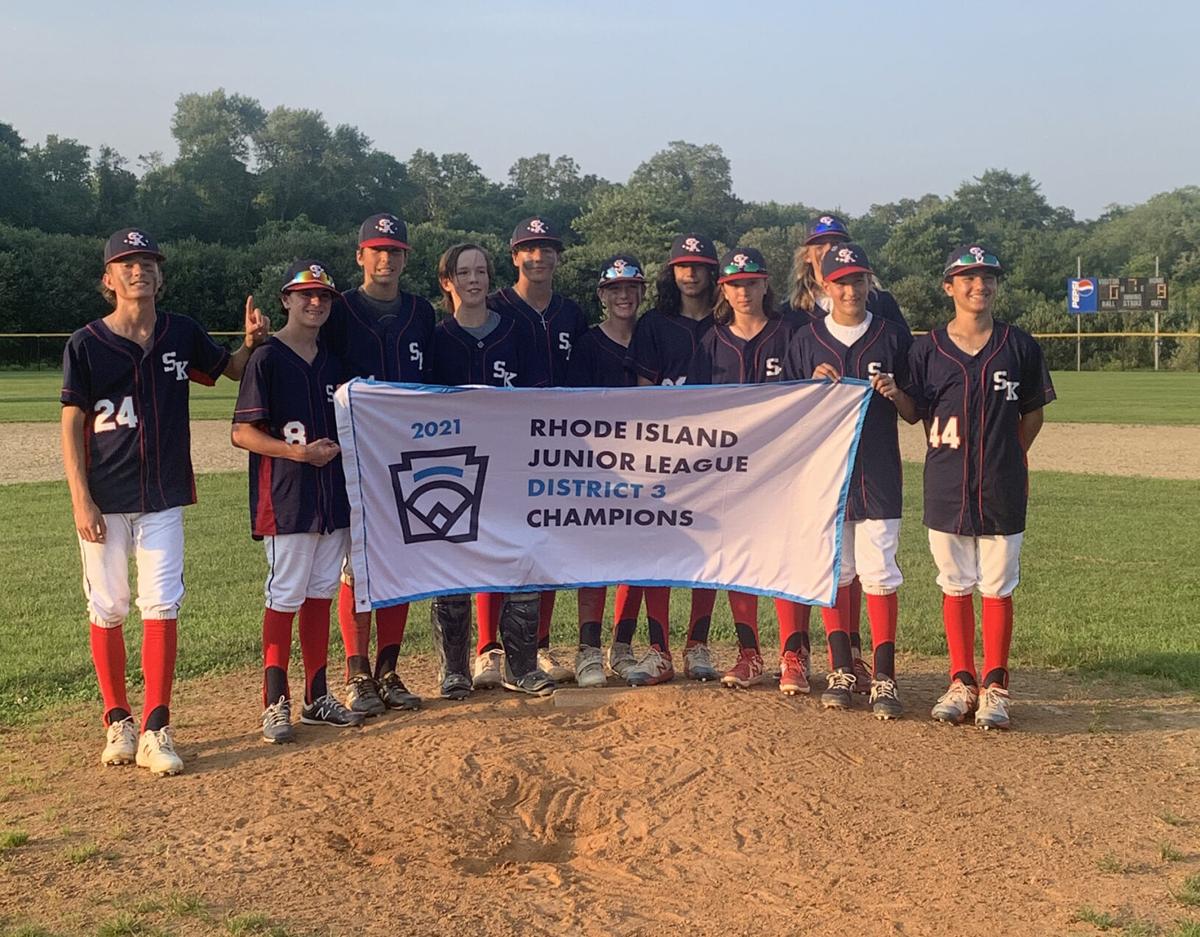 South Kingstown's Jackson Hohl races to third base during Thursday's game against Coventry at Broad Rock.

SOUTH KINGSTOWN — The impressive pitching performance of Jonah Monnes led South Kingstown to an 8-0 victory over Coventry and the league’s first-ever junior division District 3 championship at the Broad Rock Athletic Fields on Thursday.

Monnes struck out 16 batters and didn’t allow a hit in 6.2 innings. The Little League pitch count rule kept him from attempting to finish off the no-hitter.

“He came so close,” manager Frank Gallucci said. “He had 11 pitches left when he started the inning. We knew he was getting tired but there was no way we were going to take the ball out of his hands.”

Coventry broke up the no-hitter when Monnes departed, but reliever Matt Chofay finished off the shutout and the championship, completing an undefeated run for South Kingstown.

Coventry and South Kingstown faced off against each other earlier in the tournament, and Monnes pitched well, but not nearly as well as he did in this championship matchup.

The lefty struck out the first six batters he faced and eight of the first nine. Travis Howman drew a walk in the fourth to become Coventry’s first baserunner, but he was stranded there when Jackson Hopkins made a sliding catch in left field on the hardest-hit ball of the day, a liner off the bat of Mason Marchessault.

“The championship definitely helped,” Monnes said. “Just knowing I faced them before, I knew what I needed to improve on.”

“He’s so focused. He doesn’t get rattled. There’s a lot of discipline and a lot of preparation,” Gallucci said. “His temperament is so even-keeled and that’s what you need as a pitcher.”

South Kingstown set the tone for the game by jumping out to an early 4-0 lead in the bottom of the second. A couple of RBI singles by the team and Eli Wood stealing home plate put a great deal of pressure on Coventry.

Monnes and Ben Davis drove in runs in the fourth inning as the lead grew. Jackson Hohl had an RBI single after a Brayden Rosen double in the fifth. Monnes singled in the sixth and scored on an RBI single by Tim Menard.

In the top of the seventh inning, Coventry showed some life. Marchessault drew a walk as Monnes reached the pitch count limit. Zach Voelker doubled but Chofay induced a ground ball to end the game.

Gallucci was extremely proud of how the team played and was glad the kids had an opportunity to compete for a championship this year.

“We’ve told them from the beginning, after everything they’ve lost – with school, with their sports, with social life – make this count for something,” Gallucci said. “Make this mean something. This was our goal. Really happy with them.”

The win sends South Kingstown to the state tournament, which will be held at Fay Field in Cranston, beginning this weekend. South Kingstown faces District 4 champion Cumberland on Saturday at 4 p.m. in the opening round of the four-team bracket.

Do you think your local town should do more to help renters?

With a red-hot housing market keeping the prices of real estate transactions sky high, and available inventory getting scooped up almost immediately, there’s never been a better time to sell your home in South County. But, with that, many local families who rent their homes are finding themselves on the dark side of the sunny home-selling boom. This week, the Independent spoke to many local renters who are either struggling to find housing locally or struggling to afford the rates rental properties are currently getting in the area. With that in mind, do you believe your local town should do more to help renters in the community? Let us know in this week’s poll question below.