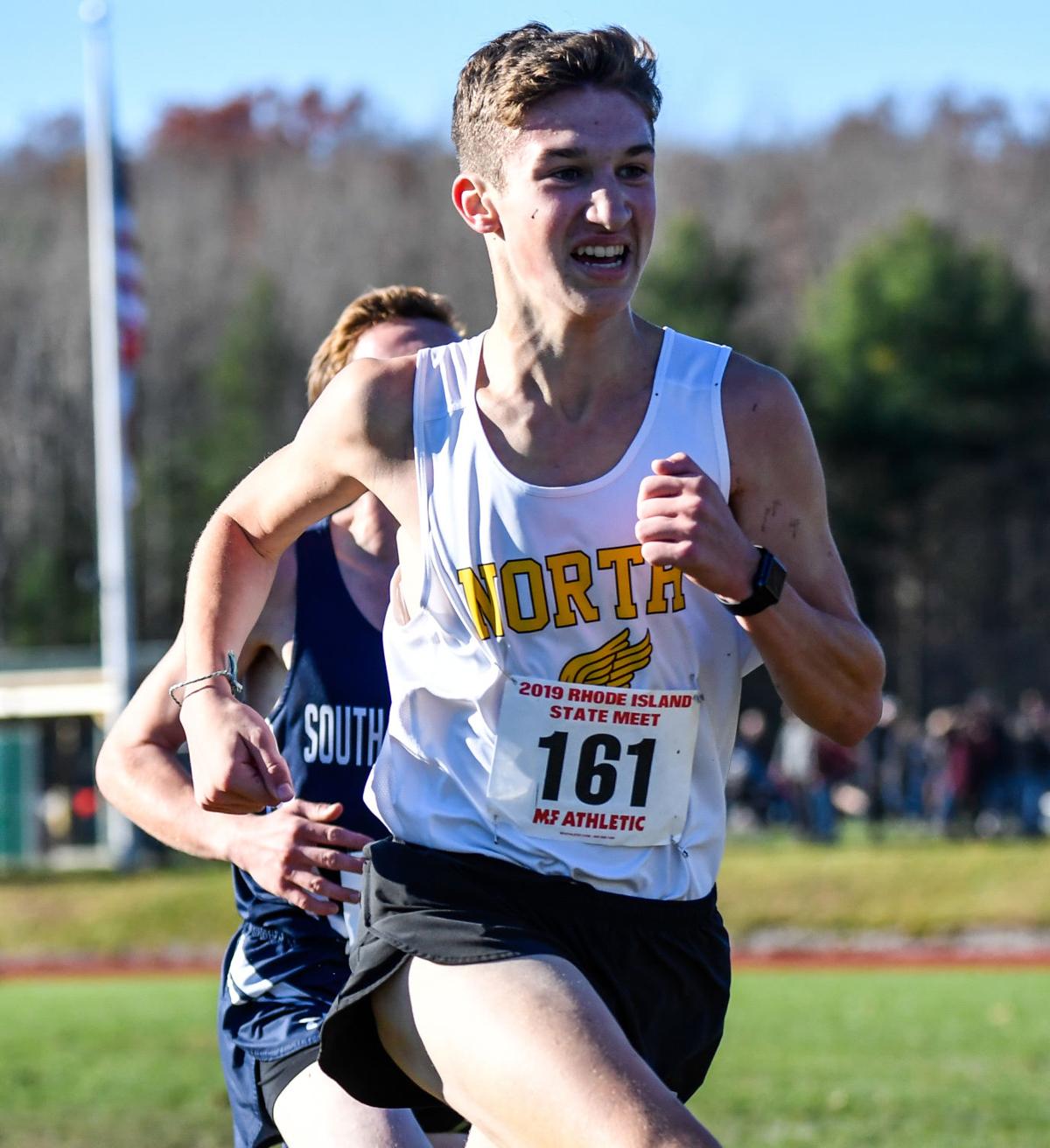 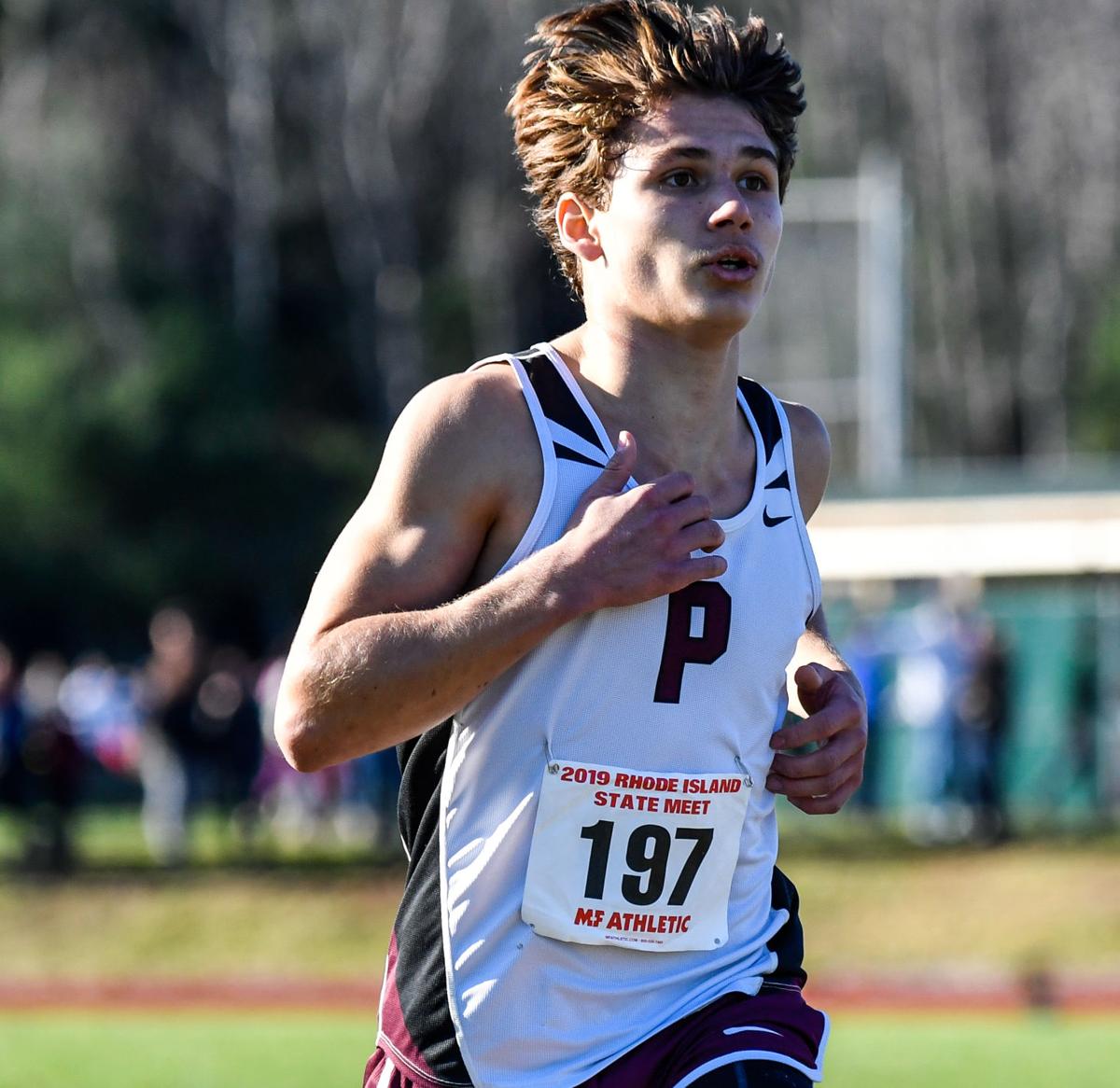 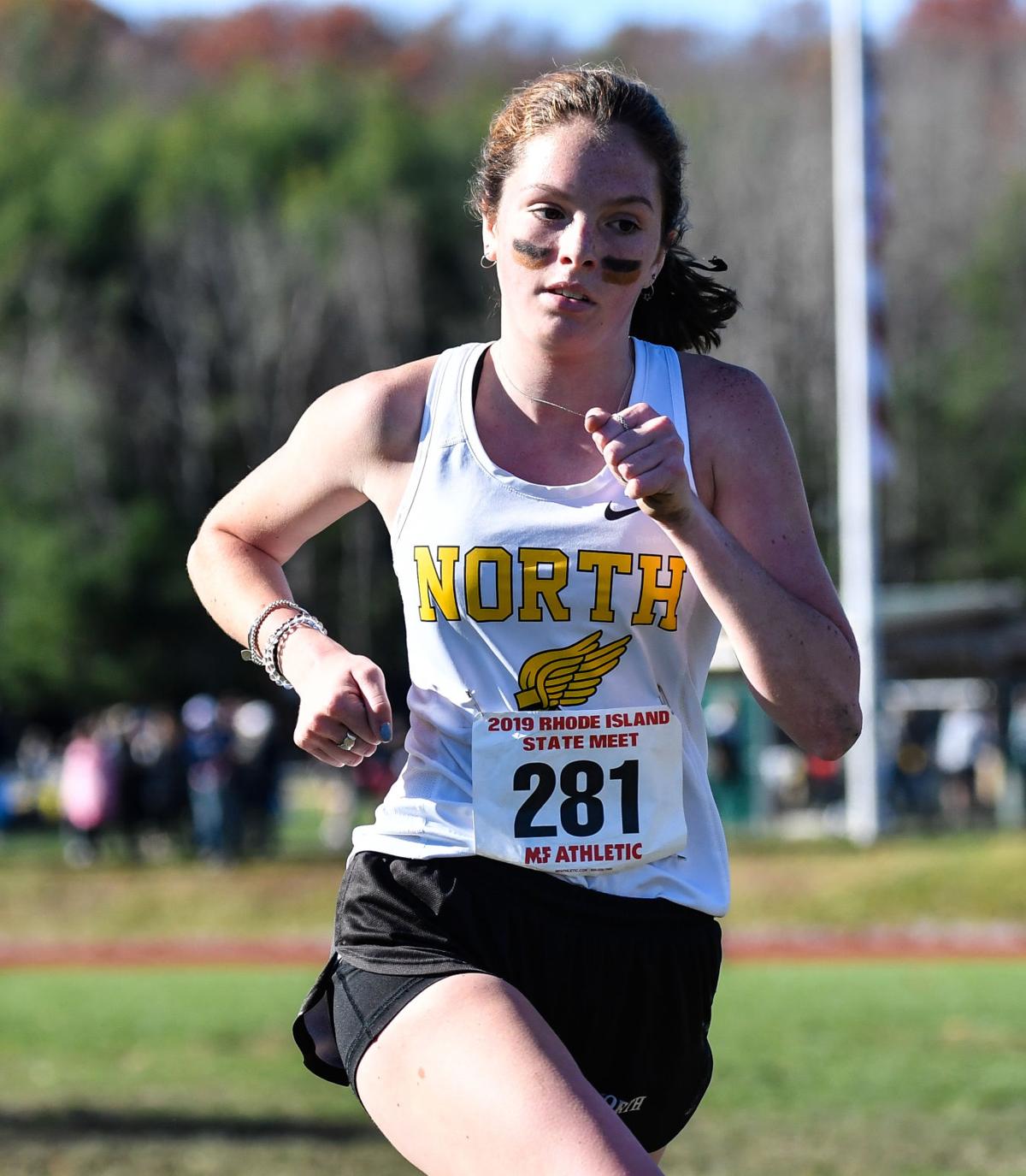 NORTH SCITUATE — Against a talented field, without its top runner from a year ago, the South Kingstown High School girls cross country team still managed to deliver more of the same.

The Rebels finished third at the state cross country championships for the second year in a row, running just behind East Greenwich and Barrington at Ponaganset’s Covered Bridge Course on Saturday afternoon.

“Really excited,” head coach Sherry Hathaway. “There are a lot of strong teams this year. The girls ran well. I’m really proud of them.”

The North Kingstown girls will be joining South Kingstown at the New England championships, qualifying with a sixth-place finish a year after missing out on the regional trip. The Skippers were led by Olivia Joly, the top local finisher in 10th place. The Prout girls finished 15th.

The South Kingstown girls hoped to be in the mix after winning the Southern Division regular season championship and taking second in the class meet a week prior, but they also knew what they were up against.

“The top 21, it was crazy how strong those runners were this year,” Hathaway said. “All the coaches have been talking about the depth.”

Though they had success last year, the Rebels are also still young. Their top finisher at states last season, Kali Vanderlaan, graduated. The crew that took the course Saturday featured one senior, one junior, four sophomores and a freshman.

“It really is impressive. We lost our number one last year,” Hathaway said. “I couldn’t ask for anything more from them. They’ve really run well all year and they gave it their all today.”

Unfazed by the big stage, the Rebels ran like they did all year, with their top runners sticking together. Vinhateiro led the charge in 13th place, Kyle Fish took 15th and Isabelle McDonald was 17th, all just 13 seconds apart at the finish line. Ellen Galoob finished 28th and Erin Hurley was 32nd to close the scoring.

“Strength in numbers,” Hathaway said. “It gives you a lot of confidence when you have a pack like that. They feed off each other.”

Vinhateiro, a sophomore, dropped more than 40 seconds off her time from last year’s state meet to finish in 19:38.07. The 13th-place finish earns her a second-team all-state selection.

“It’s surprising. I’m still kind of new to the whole running world,” said Vinhateiro, who first began running seriously last year. “I think the weather was really good, so that was a big part of it. I had a supporting team and a great coach. I kind of went out and just ran well.”

The Rebels will now head to New Englands, where they made a major splash last year with a fourth-place finish, the best in school history.

“We’ll do the best we can,” Hathaway said. “I always say, ‘This is the meet that counts.’ New Englands is kind of nice because you can relax, go out there, have some fun and do your best.”

North Kingstown is happy to have the same chance, after last year’s near-miss. The Skippers finished in seventh in the 2018 state meet, one spot out of New England contention.

“We just missed out last year, so it’s good to go back,” head coach Brian McNeiece said. “Our top runner is out with an injury, so we’re really happy with how it ended up. We had another go down during the race. They kept their composure and ran really well. I’m really happy with the result.”

“I didn’t have school yesterday. We had a day off, so I didn’t have to do gym class, which always makes me a little sore,” Joly said. “We tapered back this week, so I felt really good going into it.”

“She ran a wonderful race,” McNeiece said. “That was a 20-something second PR. At that level, that’s significant. She led us and the other girls hung in there.”

The Prout girls were led by Victoria Thurley in 58th, Laurel McMahon in 75th, Megan Williams in 85th, Ava Grosso in 119th and Allison Slitt in 120th.

The Prout boys were paced by Michael King and Ben Barnes, who finished consecutively in 44th and 45th. Nick Caruolo (81st), Lucas DiSilvestro (86th) and Nathan McConnell (112th) rounded out the scoring.