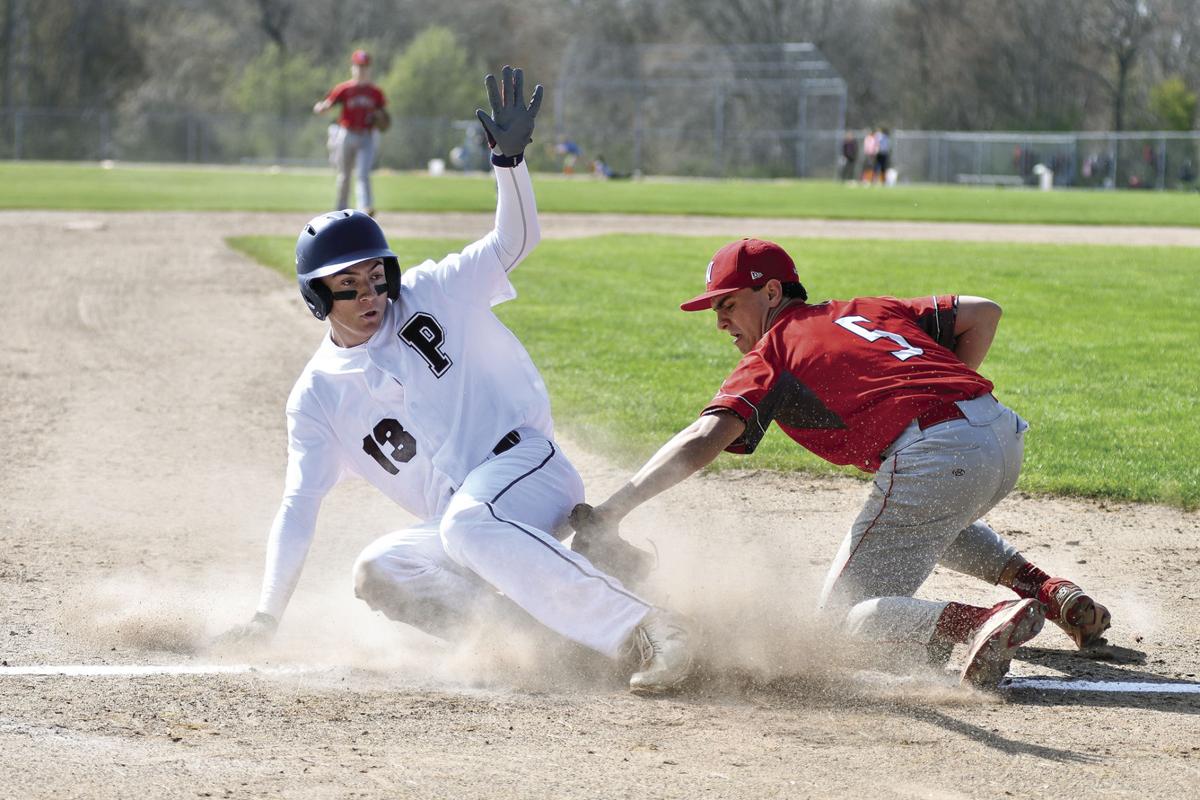 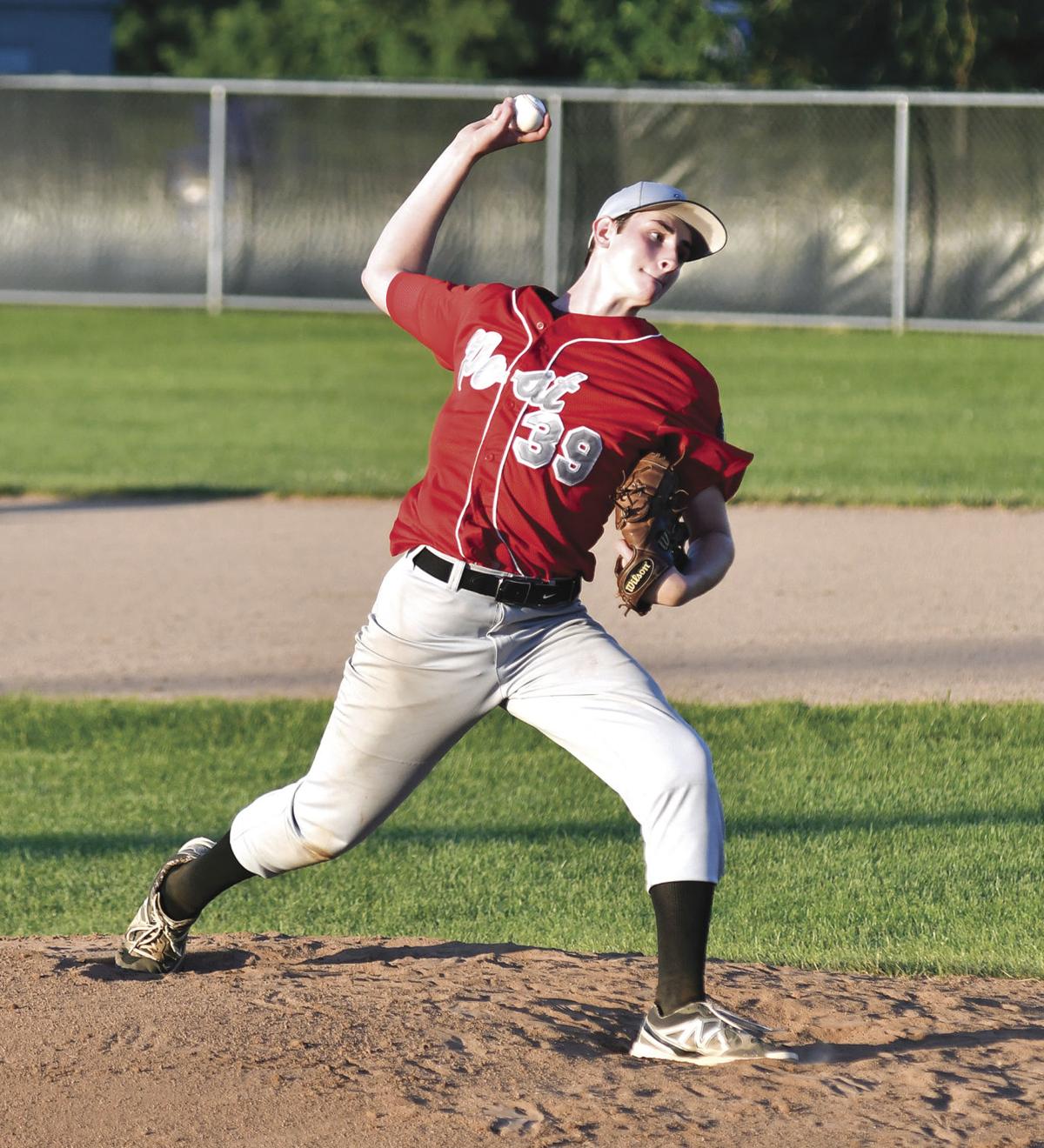 Prout senior Henry Hersum, pictured last summer with Post 39 in an American Legion game, was slated to see his first significant action with the Crusaders this spring.

Prout senior Henry Hersum, pictured last summer with Post 39 in an American Legion game, was slated to see his first significant action with the Crusaders this spring.

Tate Copeland delivered his breakout last year. Henry Hersum was primed for his this year.

Both halves of Prout’s senior pitching duo know a little about waiting for an opportunity, and they were ready to seize a big one this spring.

“I think this year, we would have definitely been able to make a great run in the postseason,” Hersum said. “Every year, we’ve made a great run, but this year, maybe even further. I think a championship was within reach.”

Those hopes have been consigned to the realm of what might have been, with the coronavirus pandemic cancelling the spring sports season. It was disappointing for all the players set to don the Crusader maroon this season, especially the team’s senior aces.

“I’ve been looking forward to this since June of last year, since we lost in the semifinals,” Copeland said. “Waited so long just for it to be canceled.”

Copeland, a Middletown resident, burst onto the scene as a junior last spring. He had played junior varsity as a freshman before a bout with the flu knocked his sophomore season off course. Healthy and afforded plenty of opportunity last season, he emerged as a star on the mound and at the plate, with a highlight reel that included a no-hitter. He was named the MVP of Division II-A’s Southern Region in all-division awards.

“It finally felt like my hard work paid off,” Copeland said. “I finally got to show what I knew I could do.”

Copeland played for Team Boston in the travel ball ranks last summer. The lefty needed just one inning on the mound in tournament action to draw interest from colleges. He has since signed to play Division I baseball at Quinnipiac University.

Before that step, Copeland was eagerly awaiting the final act of his high school career.

“I was expecting a state championship,” Copeland said.

Off-season training was the foundation, and Copeland had company in Hersum. The 6-foot-6 right-hander from Saunderstown was also relishing the opportunity, having dealt with a similar journey to Copeland’s. He was ready to make good on his potential last spring but was shut down due to a musuclar issue in his shoulder termed sub-optimal conditioning. It wiped out basically his whole season.

“I think I probably pitched one inning last year,” Hersum said. “My sophomore year, I pitched maybe 10 innings. Freshman year, I was JV. So in the grand scheme of things, I never really pitched at Prout, or not as well as I was going to this year anyways.”

Hersum was back up to speed last summer, pitching for the Slocum Baseball Club in the Rhode Island Connie Mack League and for Post 39 in the American Legion ranks. By the end of the summer, his fastball was touching the upper 80s and he was dominating.

The off-season kept him on the same trajectory.

“I got after it way harder and way smarter,” Hersum said.

Both Hersum and Copeland worked with pitching instructor John DeRouin at Hops Athletic Performance in Coventry and made a believer out of him.

“We’ve been working together all off-season, doing long toss and catch once or twice a week the whole winter and through the spring,” Hersum said. “We’ve been working with John DeRouin up at Hop’s Athletic Performance. He’s always calling us the Prout one-two punch. He wanted to see some games because he said we were going to dominate.”

“I think we would have been unbeatable,” Copeland said. “I don’t think anyone in the state could compare to the two of us.”

They were set to have a strong team behind them, too, including several other standout seniors.

Prout coach Mike LaBarbera said in March that he was hearing from pro scouts who were interested in seeing both pitchers. Scouting operations were shut down soon after, but Copeland and Hersum would have been happy to be on the mound with nobody watching.

“At first, I kind of thought maybe it would just be delayed a week or two. And then, whatever day in April they canceled the season, it was just like, ‘Oh, wow.’ Everything was kind of taken away right away,” Hersum said. “I didn’t really feel it until the day when we usually have our baseball senior banquet in the first week of the season. It was kind of like, ‘I won’t get that back.’ But Prout did a video saluting every senior, so that was really nice to see.”

Copeland and Hersum have kept working out, even since the cancellation of the season. Copeland will be off to Quinnipiac in the fall and wants to be ready.

“Looking forward to the competition,” he said.

Hersum is set to do a post-graduate year at Combine Academy in North Carolina.

Both hope to be back on the field before then, if possible. Hersum is slated to play this summer for a Connecticut-based travel team called The Clubhouse. If they manage to get a season in, he’ll relish that opportunity, too.