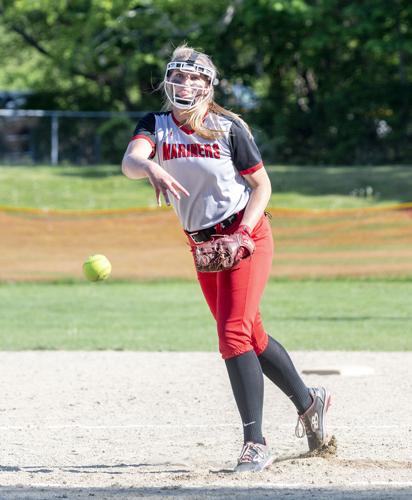 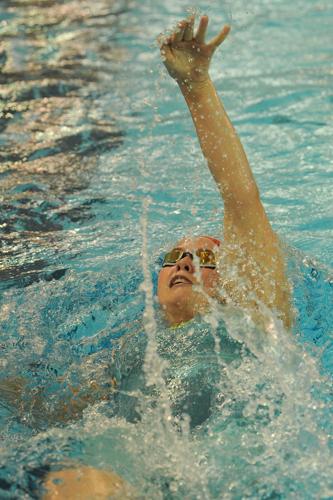 Narragansett senior Livy Waranis competes in the 100 yard backstroke this past winter.

Narragansett senior Livy Waranis competes in the 100 yard backstroke this past winter.

Livy Waranis is certainly making the most of her final season in a Narragansett uniform.

The Mariner senior is leading the way for the softball team these days, the culmination of a year that has seen her letter in four sports. Waranis did volleyball in the fall, basketball and swimming in the winter and now softball in the spring.

“I love doing as many sports as possible,” Waranis said. “It’s with all my friends and it’s my last year, so why not?”

Waranis grew up playing multiple sports. And with two athletic older brothers, she was always around fields and courts even when she wasn’t suiting up. Softball and swimming were her main sports, and she focused on those in the early days of her high school career. As a sophomore, she decided to try volleyball in the fall. That winter, she switched out swimming in favor of basketball.

The Rhode Island Interscholastic League instituted a rule a few years ago that athletes can compete in two sports in the same season, and Waranis decided to take advantage. She stuck with basketball and returned to the pool as a junior, juggling both sports at once. The move came soon after Waranis and athletes everywhere had been sidelined by COVID-19 in the spring of 2020. She hasn’t let anything keep her out of action since then.

“I’ve loved every second of it,” she said.

And so have her teams. Waranis has been part of big success and has served as a captain in all four of her sports.

“It does not matter if it’s on the courts, in the pool, on the field or in the classroom, Livy shines,” said volleyball coach and assistant athletic director Abby Hummel. “As a four-sport athlete, she is the ideal role player to have on a team, she knows exactly what it means to ‘play her part’ for a team to have continued success.

“Whether she’s playing an entire game, part of a rotation, or on the bench, she is equally invested and cares more about her team’s success than her own. Which is probably why in less than 180 days of her senior year she was named captain four times, her teams clinched playoffs in all four sports, she was recognized personally with multiple league awards and is a two-time state champion.”

Her senior year began with a dominant volleyball season. Waranis held down the middle in Narragansett’s unbeaten run to the Division IV championship.

“Not playing as a freshman with that group, it was weird coming in the next year,” Waranis said. “But everything really came together. We had the right people. We lost in the state championship in JV when we were sophomores. Senior year, we knew we had it.”

The basketball season wasn’t quite as successful, though the Mariners made a move late in the year and finished 10-7 to make the playoffs. The other half of Waranis’ winter schedule was better, with the Mariner swim team winning its second consecutive Division III championship. The titles came on the heels of two straight winless seasons in a higher division.

“We had two really rough years, but then we knew with everybody coming up, that we could be really good,” Waranis said. “It was awesome to be a part of it.”

It was also special for Waranis to share the success with her mother, Jody, who took over as the program’s head coach in 2021.

The winter season was the busiest in the busy year, but it was even more jam-packed than it looked. Waranis often did softball workouts, too, on top of her basketball and swim schedules.

“It’s not really that much of a challenge because the practice schedule worked out,” Waranis said. “It was basketball after school, then swim at night, then softball. Go home, eat dinner, head out.”

Appreciation for the opportunity – and the sheer enjoyment of it – always trumped any fatigue. When winter was over, Waranis had a few weeks to catch her breath, then started prepping for her final softball season. For a resurgent Mariner squad, she’s doing it all – even within one sport. She has pitched and played catcher for Narragansett, helping the team to a 7-4 record so far.

Waranis will graduate in June. Then she’ll head to St. Michael’s in Vermont, where she’ll finally hone in one sport. She has signed as a swimmer for the Division II Purple Knights.

“Softball has always been my main sport, but I’ve always loved swim too,” Waranis said. “I’ve never been perfect at it, so there’s so much room for improvement. For a sport in college, I wanted to be able to push myself.”