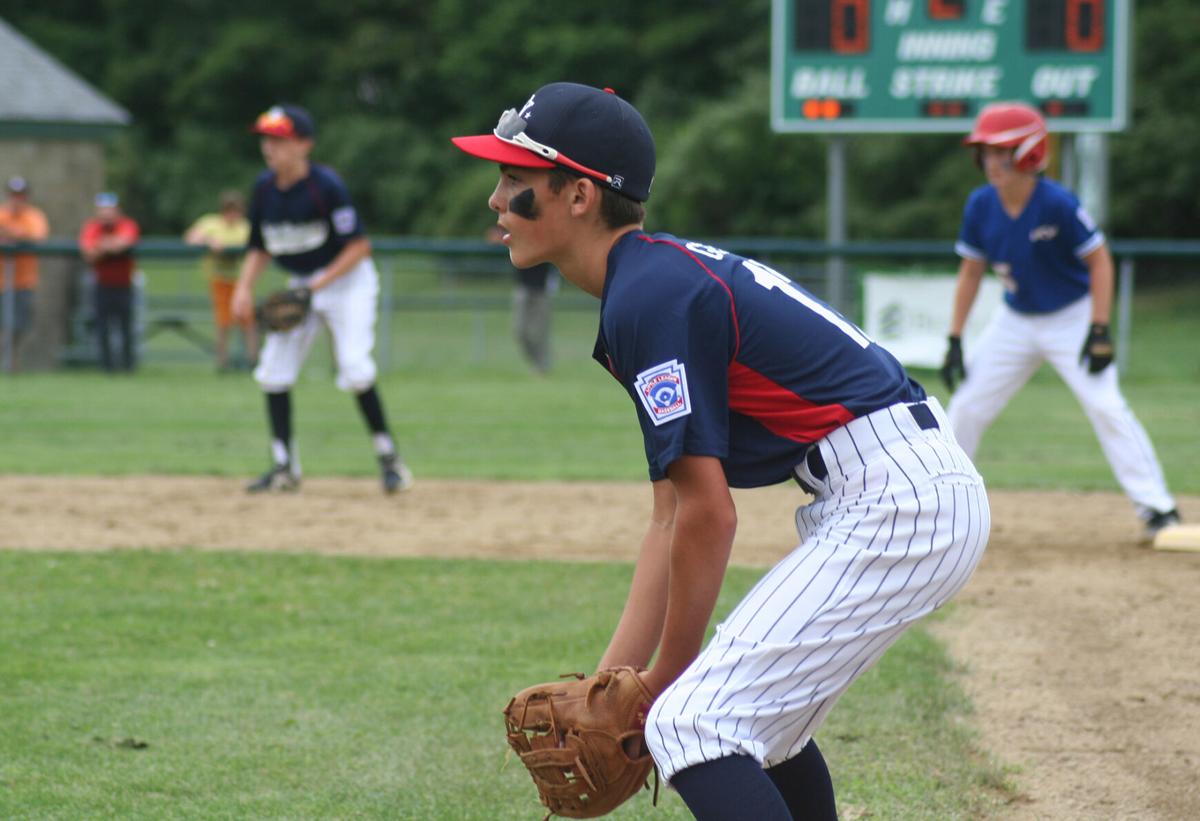 South Kingstown's Harry Goodwin gets ready at first base during Tuesday's game. 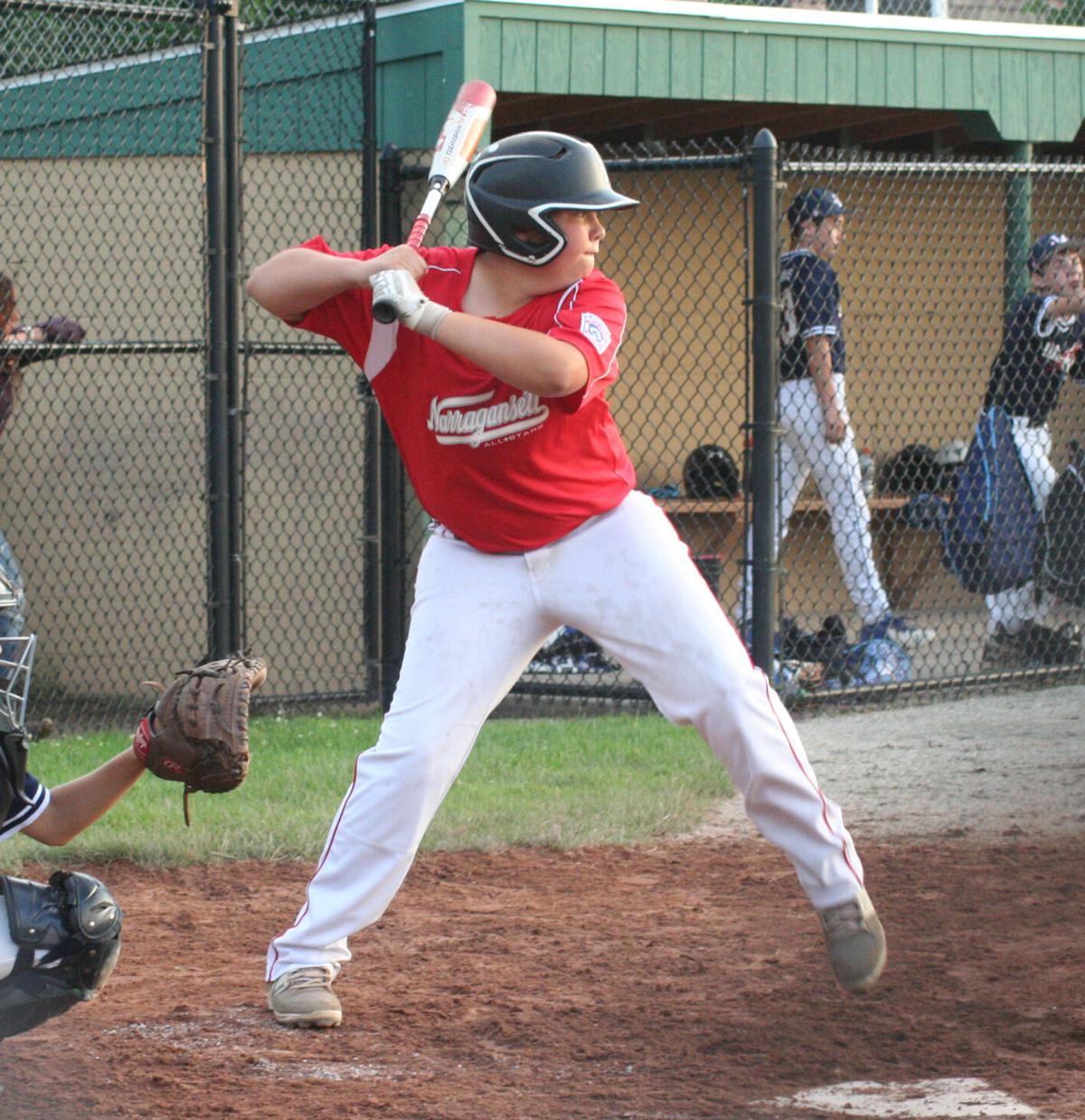 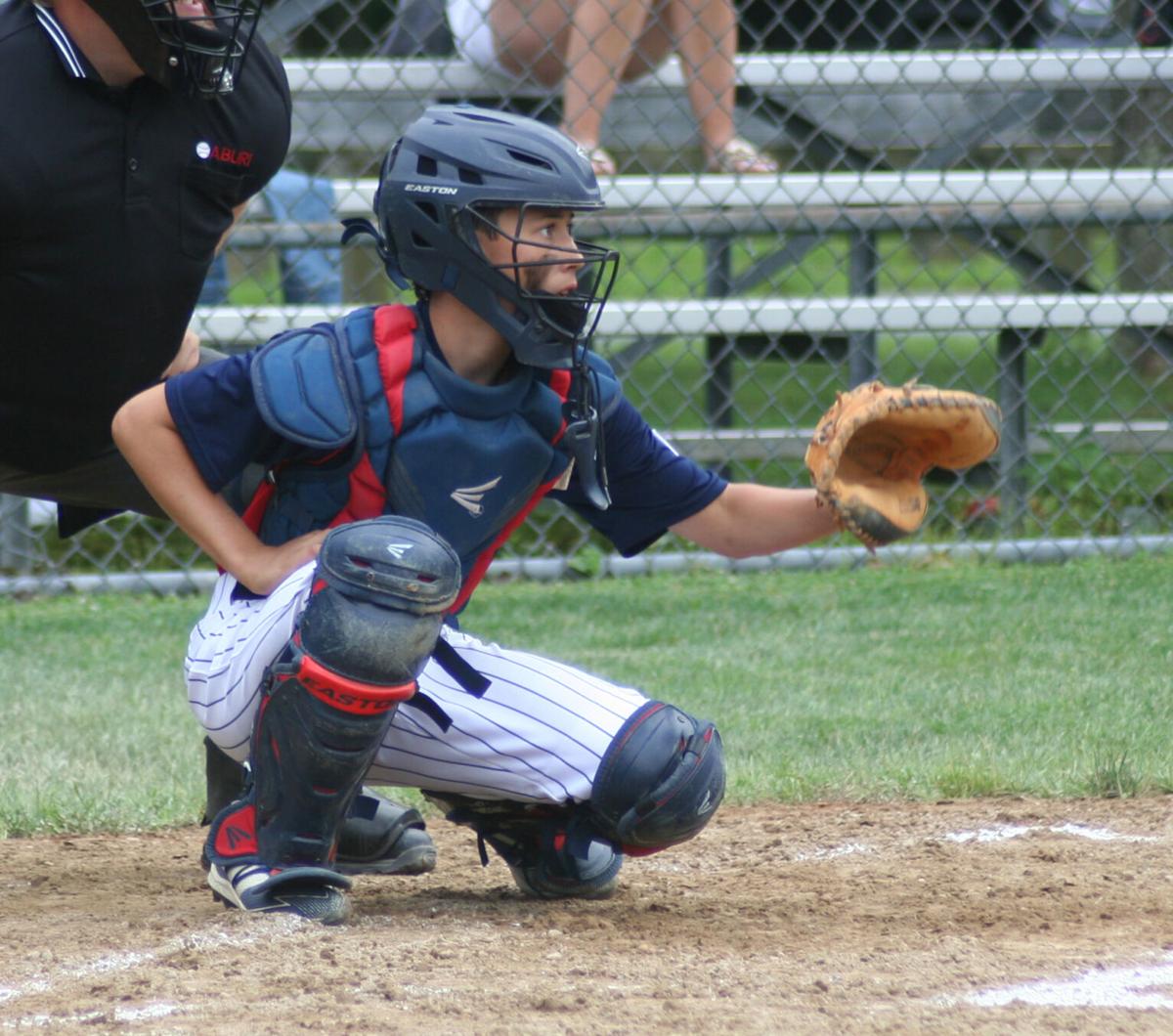 South Kingstown's Harry Goodwin gets ready at first base during Tuesday's game.

South Kingstown and Warwick Continental American emerged as the last teams standing in the winners bracket of the 12-year-old District 3 tournament and certainly looked the part of top contenders in their matchup Monday. Warwick won a 1-0 thriller at Tuckertown Park to advance to the championship round.

South Kingstown drops to the losers bracket final, where it will face Chariho on Thursday at 5:30 p.m., at Tuckertown Park. A win there would set up a rematch with Warwick in the title round. Whoever emerges from the losers bracket must beat Warwick twice.

South Kingstown had won three straight games in the tournament, two by mercy rule, when it ran into Warwick, which won the district championship when the current players were in the 10-year-old bracket.

South Kingstown’s Jack Noonan and Warwick’s Drew McCaffrey delivered a fantastic pitchers’ duel, with the only run scoring in the second inning. Warwick loaded the bases. Noonan nearly escaped but Charlie Brown knocked a two-out single for what proved to be the game’s only run. Warwick kept South Kingstown’s bats quiet throughout to secure the victory.

Thursday’s meeting between South Kingstown and Chariho matches upa teams who both lost tight games to Warwick Continental American but are otherwise perfect. Chariho fell 3-2 in the winners bracket semifinals, before staying alive in the losers bracket on Tuesday with a win over East Greenwich.

A heartbreaking loss to Chariho set Narragansett’s 12-year-old all-stars on a tough path. The team beat Westerly on Saturday to stay alive in the losers bracket but was sent home on Monday with a loss to East Greenwich.

Narragansett was leading 1-0 in its matchup against Chariho last week when the game was suspended due to rain, before it became official. In the resumption of the game, Chariho rallied for a 3-2 win in extra innings.

“It was a tough loss,” manager Greg Fleury said. “We had a 1-0 lead and the game got suspended. We lost our No. 2 pitcher and had to come back. And we didn’t hit enough. It was a winnable game.”

Saturday’s game against Westerly provided a chance to bound back, and Narragansett came through in emphatic fashion with an 11-1 win. Gregory Fleury struck out eight and allowed just one run in five innings. Finley Hohl finished out the win with a scoreless sixth. Narragansett jumped out to a 4-0 lead in the first inning, before adding one in the third and breaking things open with four in the sixth.

“We bounced back tonight,” Fleury said. “These kids are resilient.”

East Greenwich had lost to South Kingstown in the winners bracket semifinals and advanced with a 6-4 win, ending Narragansett’s run. Eleven-year-olds make up about half the Narragansett roster, so there will be an opportunity for more next year.

The North Kingstown/Wickford 12-year-old all-stars lost their opening game to South Kingstown, then dropped a close one to Coventry to see their tournament run come to an end. Coventry won a 3-2 game on Saturday in the losers bracket.

The winners bracket final of the 10-year-old district tournament was an all-South County affair, and it was a thriller. South Kingstown won a back-and-forth slugfest 13-12 on Sunday at Sprague Park, winning in walk-off fashion.

South Kingstown advances to the championship round, where it will host either Narragansett or Warwick Continental/American on Friday at 5:30 p.m.