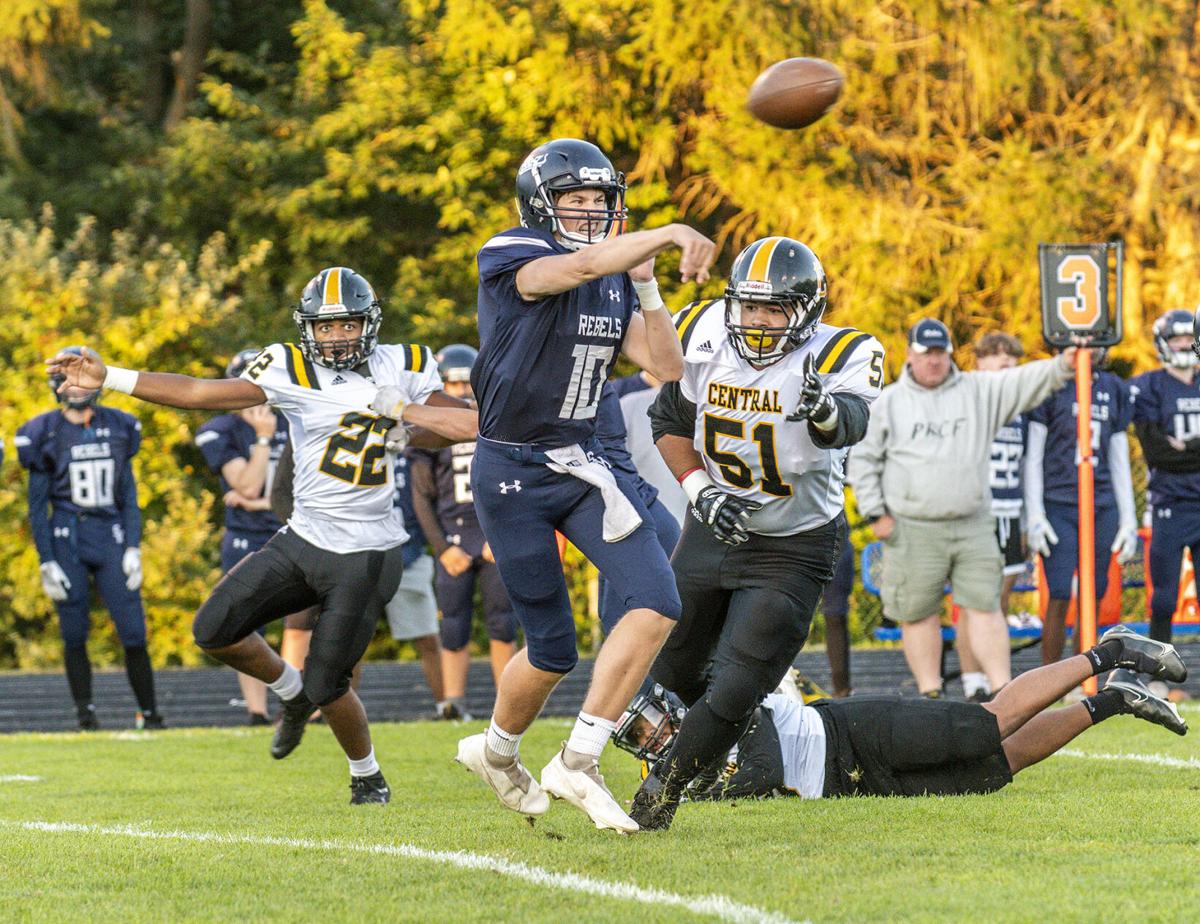 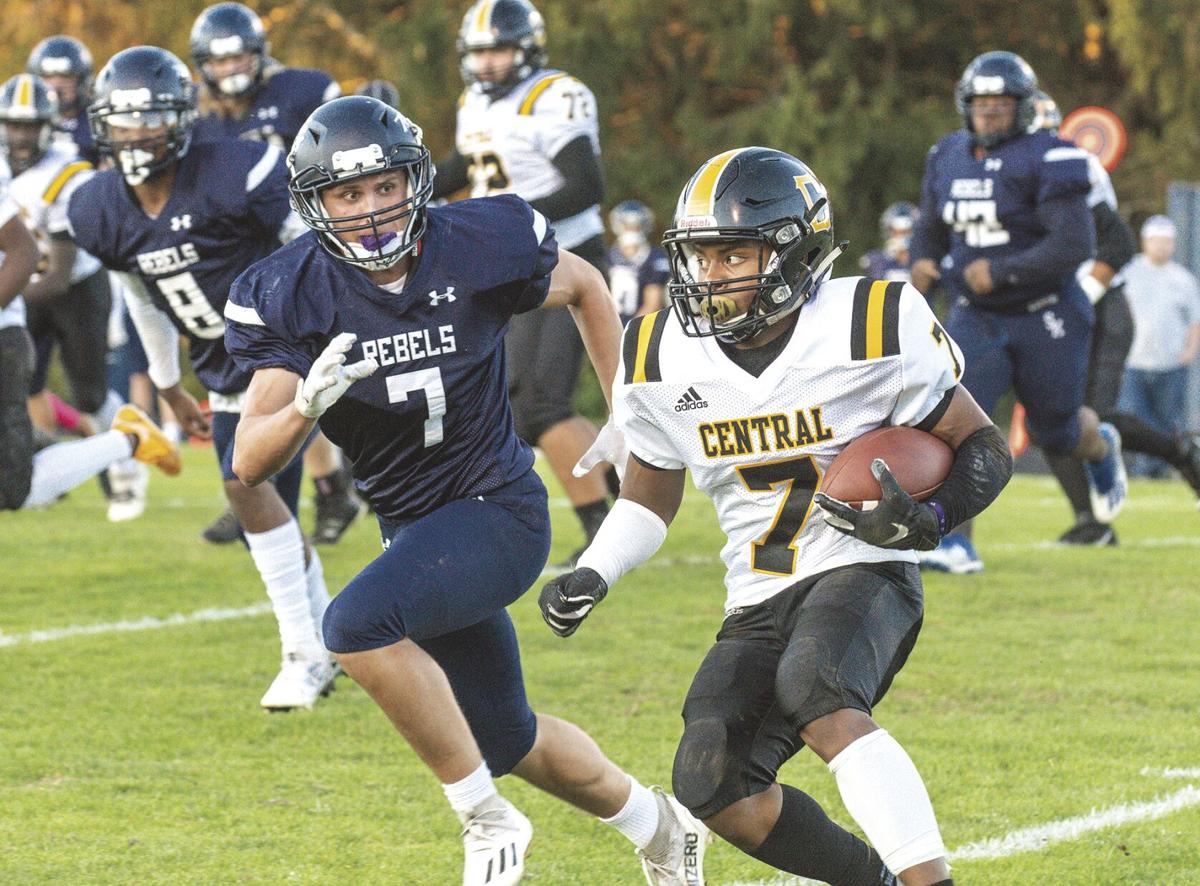 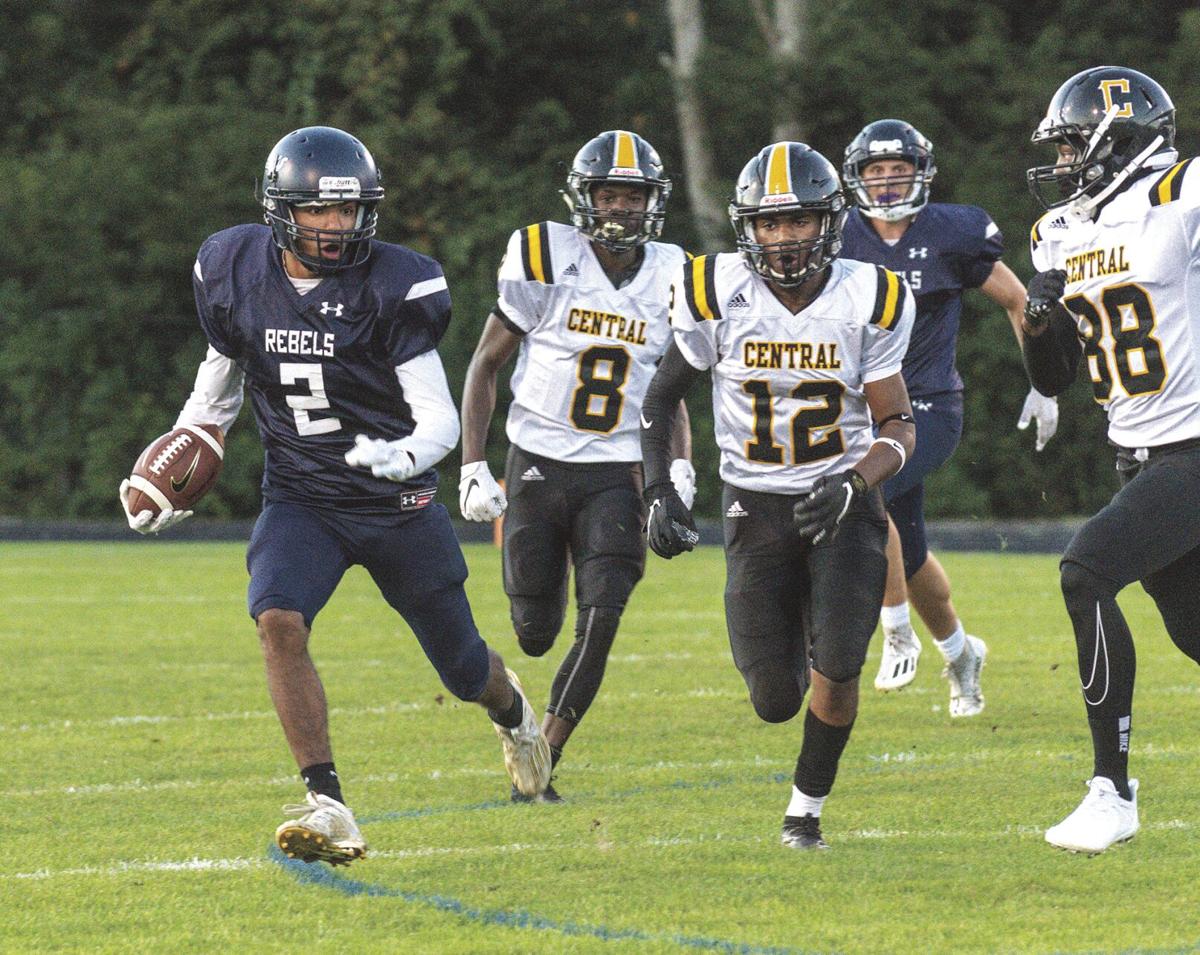 The South Kingstown football team delivered perhaps the most impressive win in week four of the Rhode Island high school football season, beating Central 13-12 on Friday night. The Knights were coming off a win over Portsmouth and were ranked third in the RI Sports Media Poll. The Rebels used an interception return touchdown to take the lead and pitched a shutout in the second half. The win puts the Rebels at 3-1 overall and 2-1 in league play. Photos: Michael Derr