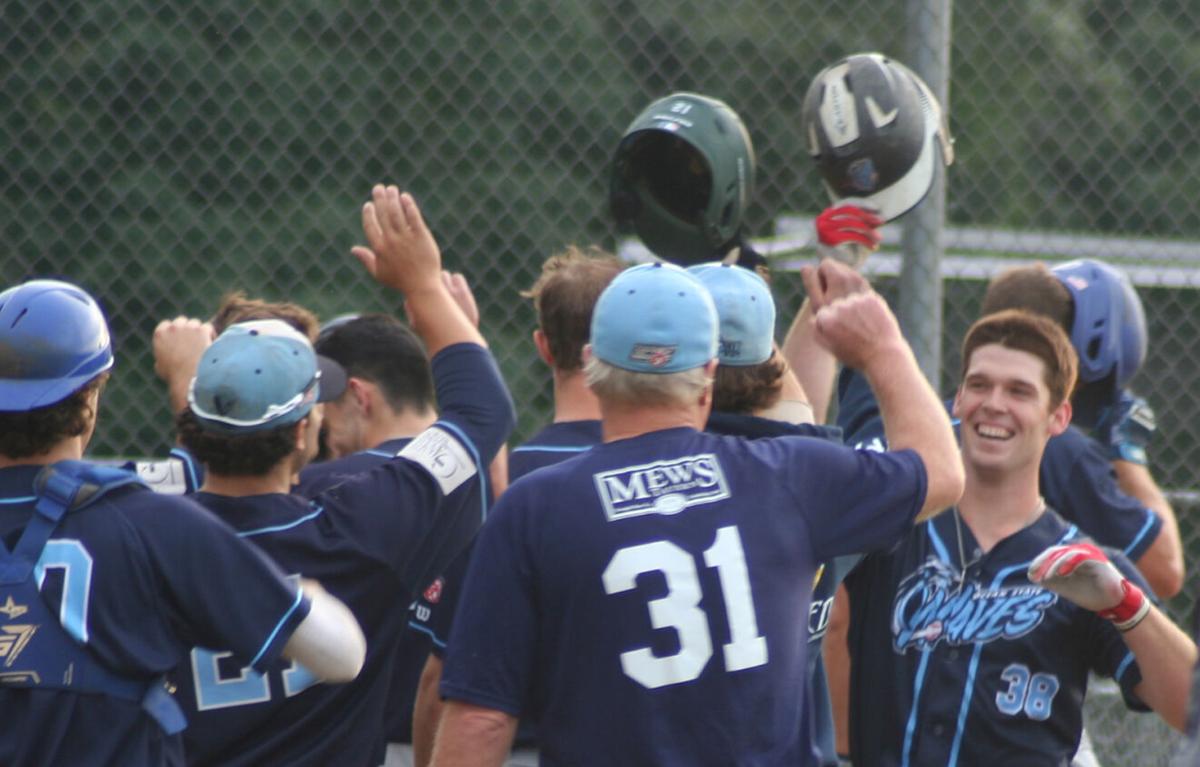 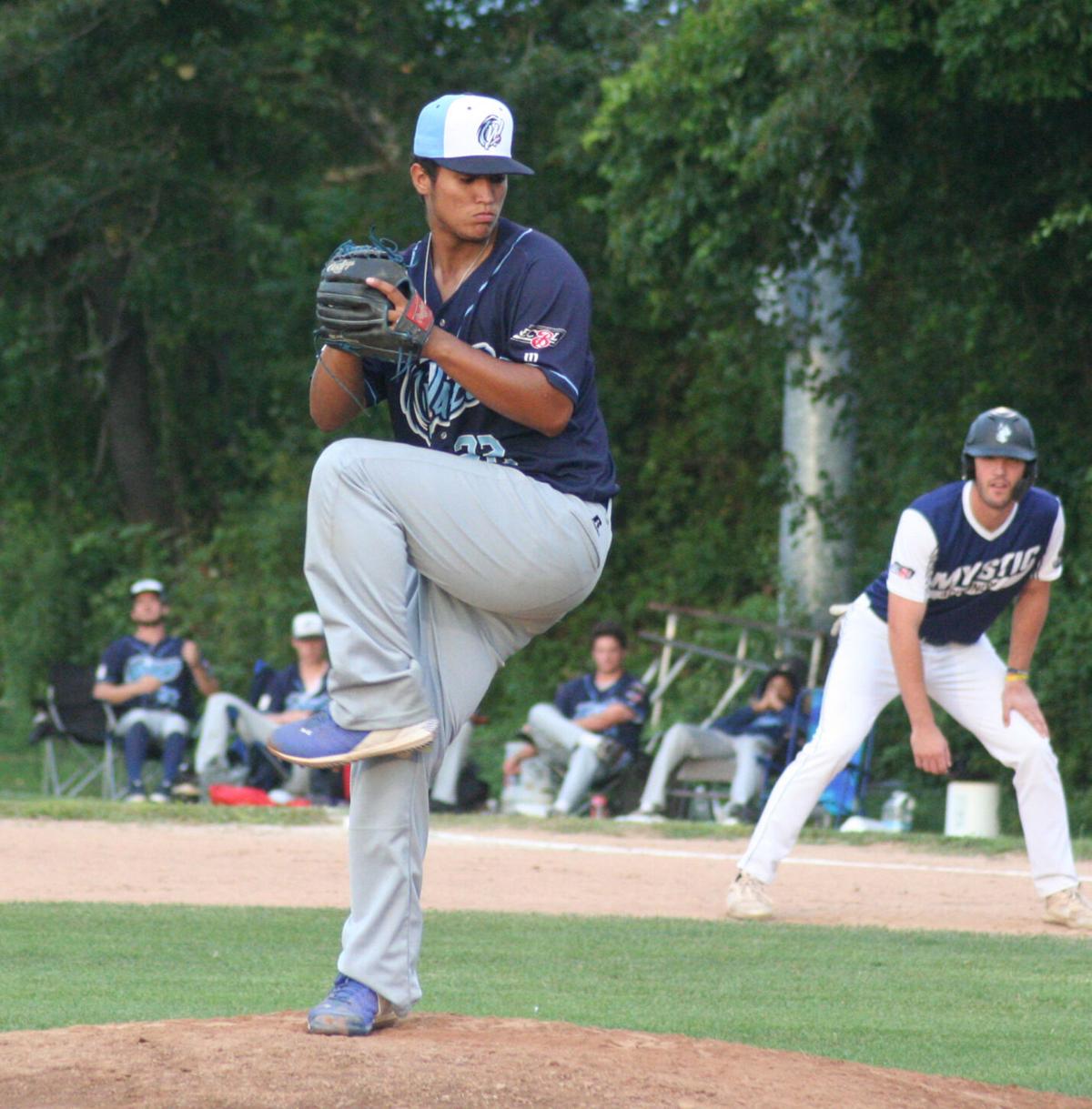 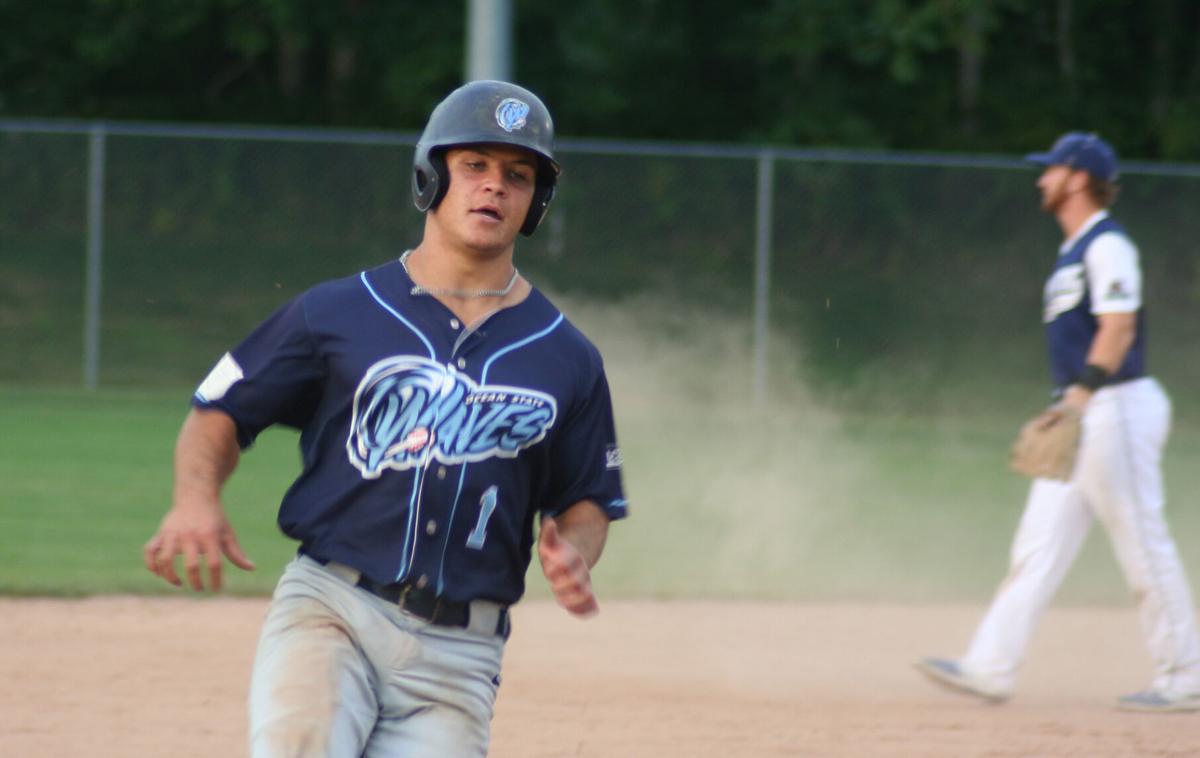 Kyle Maves races to third base on Tuesday.

Kyle Maves races to third base on Tuesday.

GROTON, Conn. – The Ocean State Waves seized their chance for a fresh start on Tuesday night.

With every team in the New England Collegiate Baseball League qualifying for the playoffs, the Waves knew throughout an up-and-down year that they would have a shot no matter what. That knowledge allowed them to battle through the bumps and stay focused on development.

It also set the stage for Tuesday’s performance.

The sixth-seeded Waves rallied from an early deficit with an emphatic comeback and upset third-seeded Mystic 9-2 in the single-elimination first round.

Mystic was a thorn in their side, too, winning six of their seven regular-season meetings.

But with the offense still humming and an NECBL all-star on the mound, the Waves were in business Tuesday. Nick Cimillo hit two home runs and the Waves pulled away in the late innings. Nick Payero allowed two runs in the first inning but settled in for six strong innings and handed off to the bullpen for a strong finish.

“Everybody played a big role,” said left-fielder Travis Honeyman. “If you’re going to win a playoff baseball game, you need everyone to contribute. Everybody was on board. We went out there and the numbers showed it.”

Payero gave up a hit to the first batter he faced. Two walks and an RBI fielder’s choice made it 1-0. Centerfielder Albert Choi kept things from being significantly worse as he made a leaping catch at the fence of a deep fly ball that would have gone for a grand slam. The play ended up as a sacrifice fly, which put Mystic up 2-0.

The Waves’ top starter all summer, Payero surrendered just four more hits in six innings of work. He struck out three, including the last two batters he faced, when Mystic had runners on second and third in the sixth.

“Defensively, we played a solid game,” Hirschbein-Bodnar said. “And on the mound, guys just competed.”

Two solo home runs in the fourth inning tied the game. Slade Wilks led off with a drive to right field. One batter later, Cimillo cranked one out to left.

“It definitely pushed momentum a little bit,” Cimillo said. “One swing of the bat, two swings of the bat can change everything in a game.”

Mystic starter Trystan Levesque of URI pitched a perfect fifth, but the Waves did more damage against the Schooner bullpen. Wilks and Casey Dana drew walks to start the sixth. Cimillo launched his second home run, this one a three-run shot that put the Waves in front 5-2.

The two-homer night continued a terrific stretch for Cimillo, who earned NECBL Player of the Week honors on Monday. A transfer from Manhattan who is bound for Rutgers, Cimillo joined the Waves in mid-July and batted .429 with two home runs in 14 games.

“Very nice pickup for us,” Hirschbein-Bodnar said. “Really happy and thankful we have him.”

In relief of Payero, R.J. Gleason, Thomas Balboni and Justin Storm pitched one scoreless inning each.

The win moves the Waves into the Southern Division semifinals, where they’ll face top-seeded Martha’s Vineyard in a best-of-three series. The Sharks will host game one on Thursday night.